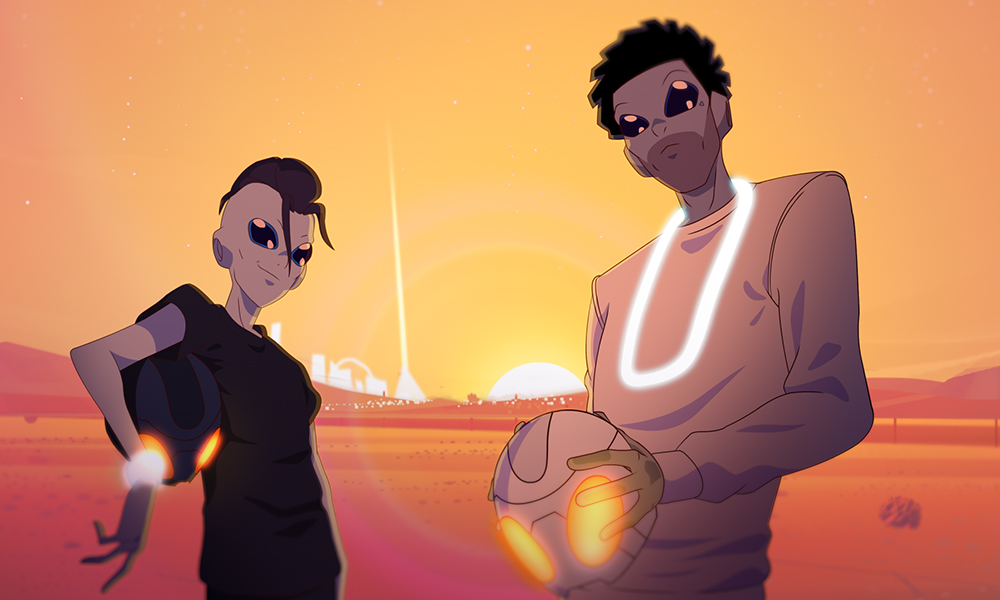 How does a couple of celebrated music producers ensure a splash for their debut album as a duo? This week saw the culmination of one out-of-this-world strategy: A series of seven animated music videos released over a span of months, drawing audiences in to the upbeat adventures of two interstellar visitors. Created for Greatest Hits Vol. 1 from AREA21 (acclaimed DJ Martin Garrix and singer-songwriter-rapper Maejor), the episodic project culminated Friday timed to the album’s release, capping a fast-paced but rewarding expedition for director Jeremy Polgar and award-winning studio Titmouse, Inc.

Now that he’s back on terrafirma, we caught up with Polgar to hear more about how this ambitious project got off the ground in less than a year, with the help of 80 artists contributing their talents from 10 different countries: 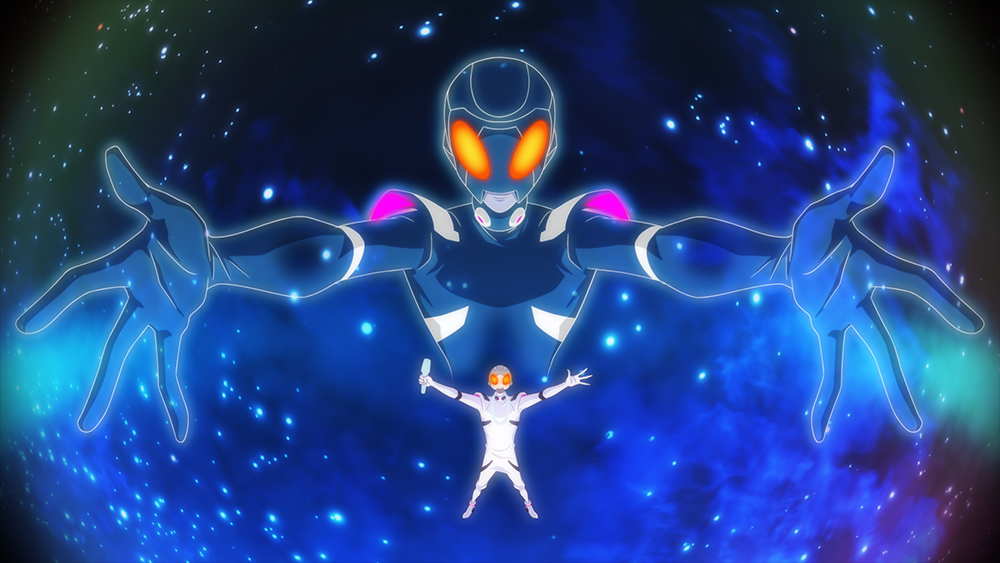 Animation Magazine: Can you tell us how you got involved with the AREA21 project? How did it all come about?

Jeremy Polgar: I was approached by Antonio Cannobio, Chief Creative Officer for Titmouse, to direct the project. I got a text from him saying that Titmouse was going to do a series of music videos for the legendary EDM superstar Martin Garrix and American rapper/singer songwriter/music producer Maejor. I was working full time and asked Antonio when I would need to start. He said, “two weeks,” and let out a mildly nervous laugh. I told him I’d get back to him within the next hour with a real answer.

After digesting the information, I understood this was a no-brainer and would be something very unique and exciting to partake in as well as experience. I always wanted to showrun something that I had a lot of input in, and this was my opportunity. I would later find out that the project as a whole would supersede my expectations tenfold. 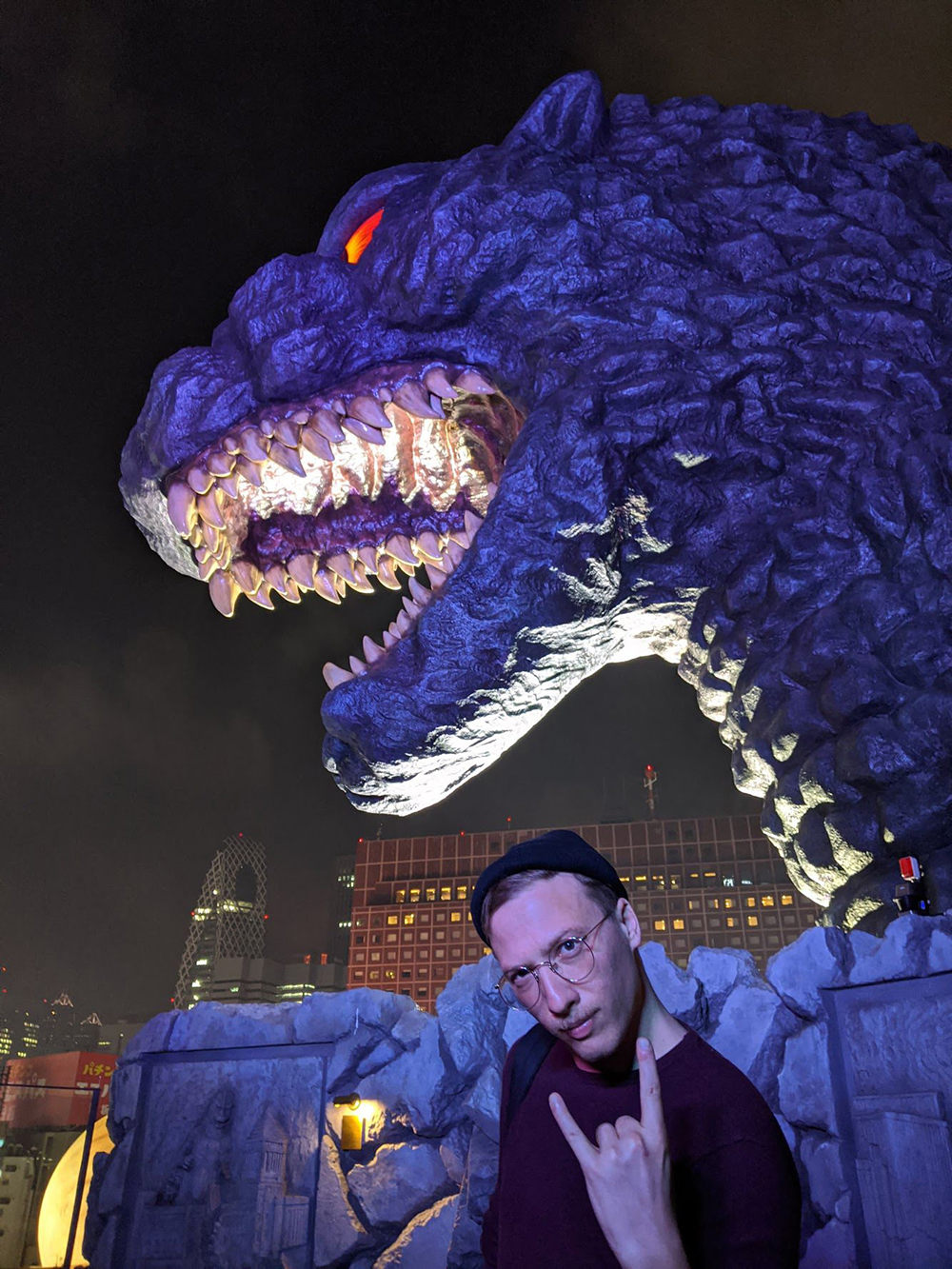 How long did it take to make the videos and how many people worked on it?

We made over six of these bad boys in the span of nine months! That’s including the first two months of art development and boarding the first video, “La La La.” About 80 insanely talented artists from around the world worked on the music videos.

What kind of animation tools did you use to create the animation?

We used Adobe Animate, Photoshop, Premiere, After Effects, Blender, TVPaint and Toon boom Harmony to produce the AREA21 music videos. We also did the boards in Storyboard Pro and I would occasionally draft ideas on my iPad using Clip Studio Paint.

Animators could do their cuts using whatever program they were comfortable working in, so long as they turned exported PNG sequences of their layers for our inhouse Retake Animators to compile back into Animate. This approach allowed us to widen our talent net… 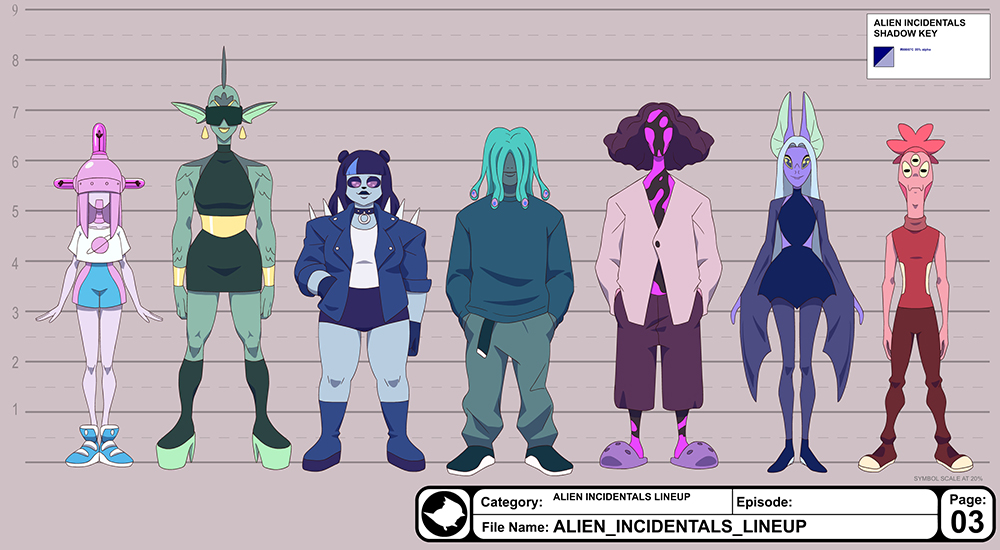 How did you decide on the visual styles of the videos?

Each video had a different vibe and narrative. Originally, Martin and Maejor wrote one to two sentence pitches for the videos and then Mark Brooks (Creative Director, Titmouse ) expanded it into a one page written outline. It was intentionally vague, but still well structured so it left a lot of room for us to really dig into our imagination and not only find the visual style of the video, but also the heart of it.

However, before myself or any of the four other board artists would step in, I would do a cool style frame or two for each video, and that translated very well for all of them. I did that for all of the videos except for “Time Machine,” where I had Stephanie Ressler handle the style frames since she was going to board it and I was short on time. 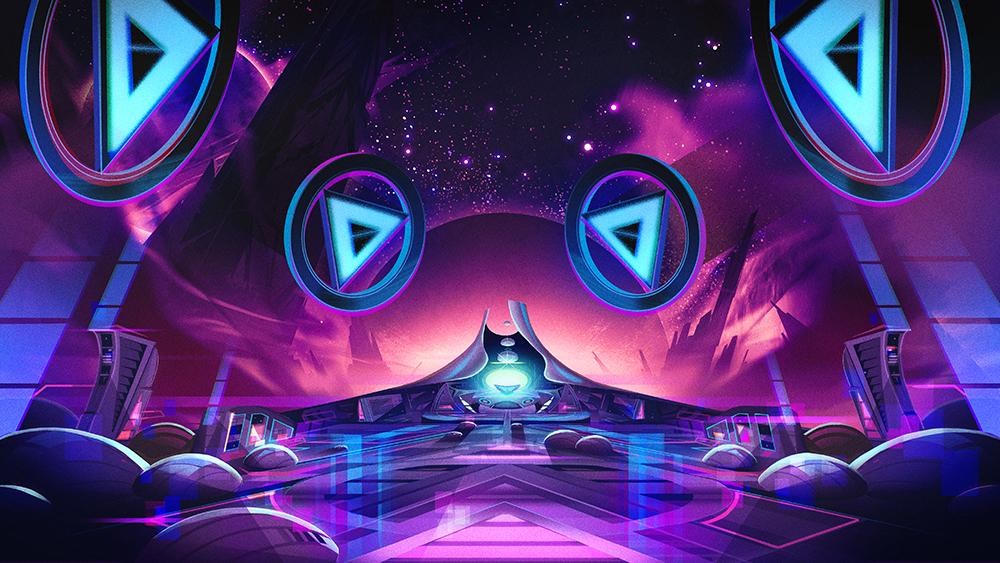 What was your biggest challenge in this massive undertaking?

Every piece of this giant project was important. The biggest challenge was trying to manage what to prioritize, pushing everyone and my own imagination, keeping up crew morale and making that deadline.

To do that, I developed the A.R.T. Leadership System (Accountability, Respect and Trust). Much of the success can be attributed to this system, which follows my personal set of management values that I’ve learned throughout the years of working on good and bad productions. (For more information, check out this presentation, which also offers a behind-the-scenes look at the production.) 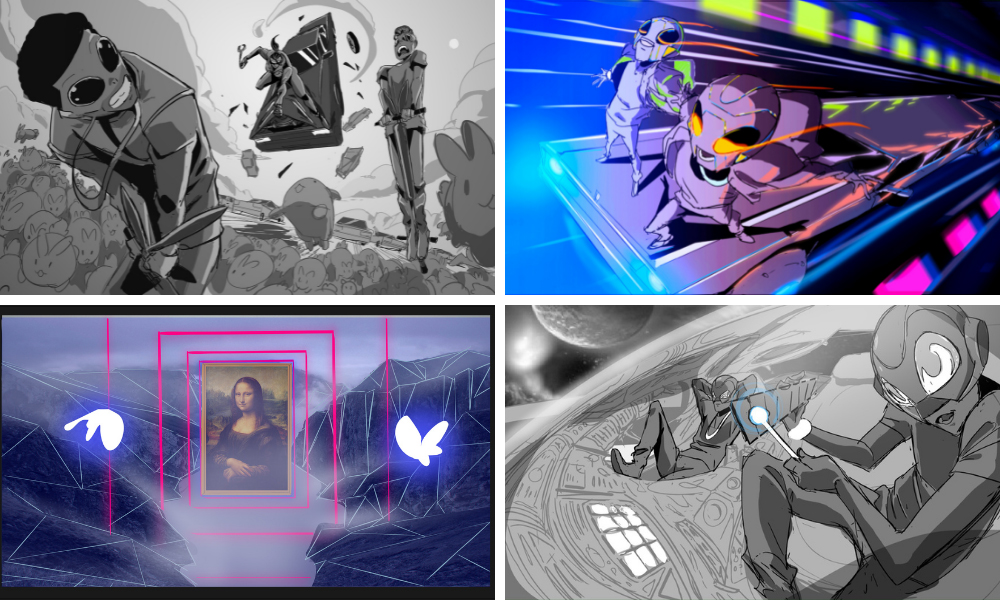 How did you select the artists that came together for this project?

To be honest, I was freakishly ready for this opportunity. Prior to the project, I was already collecting names and handles of artists, animators and directors I’ve been wanting to work with if I ever got my own project picked up. This was a pretty similar situation. So, my line producer/copilot Riley Riggen and I started there. After blasting through 80 names or so, we had to keep digging through the web — mostly browsing profiles on Twitter and Instagram.

We found a lot of good fortune when we reached out to a couple of my Argentinian animation heroes, Diego Polieri and Damian Fernandez Gomez. We asked our new friends if they could recommend other Argentinian animators as well as any other artists from Latin America. This turned into our saving grace when it came to putting together our animation team. We had such an incredible animation team from all over the world who were located in 10 different countries, including Canada, France, Australia, Japan, Argentina, Mexico, China and Indonesia. 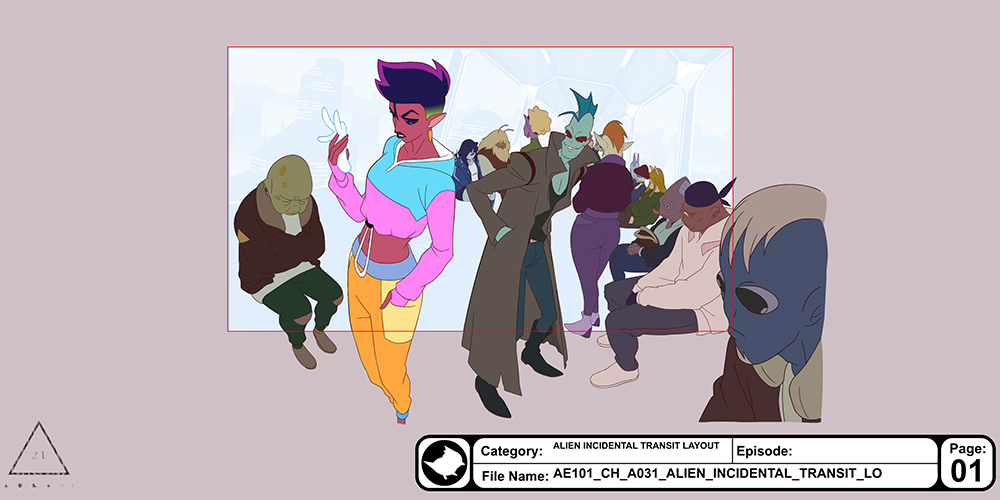 What did you love about these videos?

I love that they are packed full of exciting and cool details. Not just in the visuals, but also the subtle depth of the message. I love how hard we all wanted to get the absolute most substance out of each video.

How did you come up with thematic visuals that connect all these videos?

From the start, I knew the thematic visuals would guide everything. I did my best to set up the world, visual language, rules and general groundwork in the first video, “La La La,” and then it kept expanding from there. Soon we were able to throw the bunnies from “Pogo” into anything, figure out a whole subplot with Lady T that didn’t exist prior to the production and plant throwback jokes to the astronaut who was never able to fix the satellite our boys wrecked in the first video. Also, the team and clients would all get amped and throw out lots of fun ideas we could incorporate into each video. It’s a fun and loose narrative, but by the time you get to “Time Machine,” the journey really feels complete. 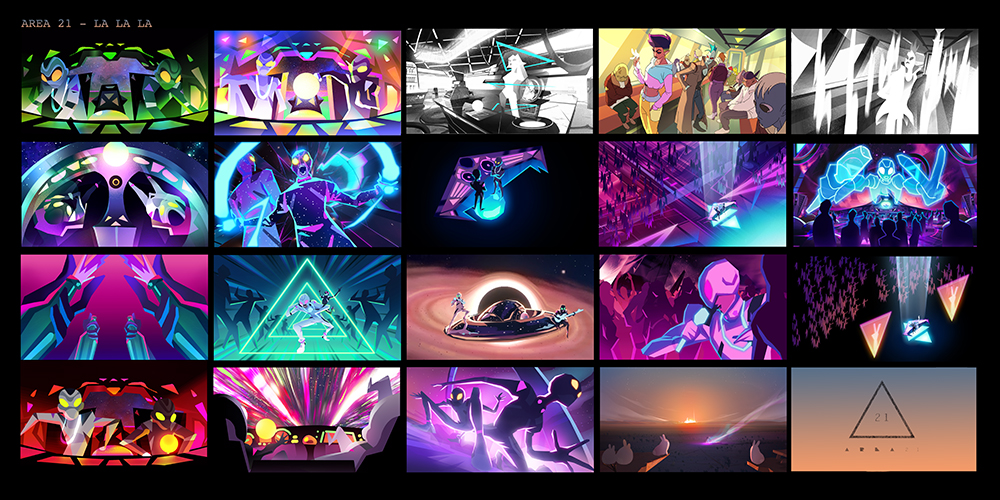 What about those pink Versace robes?

On one of the early Monday morning calls, Martin was late by a few minutes. Naturally we asked him if was doing something cool and to no one’s surprise, he was! We were just surprised when he leaned back to show us that he just got himself a pink Versace robe with gold trim on the cuffs. We were all blown away! I remember Maejor was on the call and was bummed out because that was the week he was supposed to visit Martin, but couldn’t make it. Martin assured him that he would get one, too. A couple weeks later, we saw both Maejor and Martin looking sick in their pink Versace robes. Come December, the heads of production and I got the same pink Versace robes delivered to our doorsteps! What an insanely kind gesture from Martin and his staff. We were all overjoyed and overwhelmed by the act and immediately sent him selfies of us in the robes.

The robes were of course put into one of the last scenes in “Pogo” and became an inside joke within the production. Many of our leads and Martin and Maejor would still wear the robes to those Monday calls. 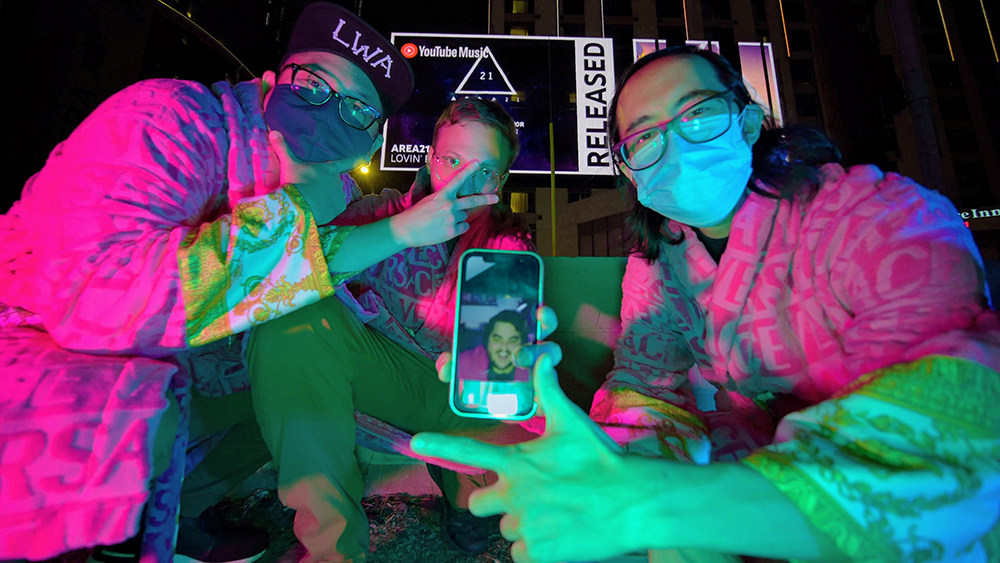 L-R Will Feng, Jeremy Polgar, Riley Riggen (on the phone) and Anthony Wu in their rosy robes.

Did you miss those Monday morning meetings after the production was done?

I think we all did — however, I was very surprised by how much Martin and Maejor sincerely missed them. About a week or two after the production was over, I got a random FaceTime call on my iPad, which never happens. I answered it and it was Maejor and Martin together in the Netherlands greeting me with a very warm hello. They said they missed the Monday calls and needed to hit me up! [Laughs] I was so honored.

What kind of response have you had so far?

I’m grateful to say that it’s been very positive from both the fans of the music and our peers working in animation. 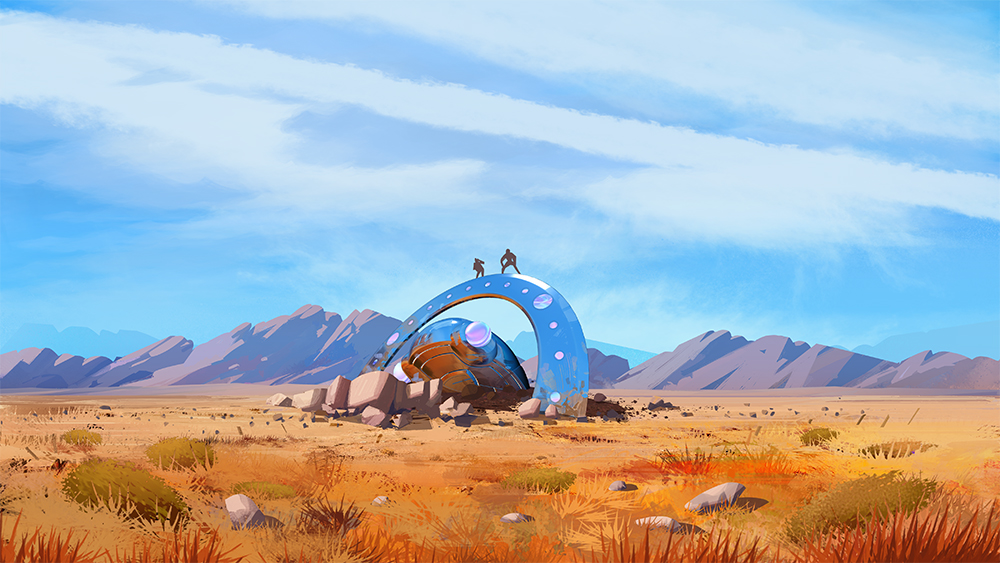 What was the biggest lesson you learned from this amazing project?

Thank you for the very kind phrasing. The biggest lesson learned from working on this project is the power of positivity, collaboration, and holding ourselves accountable for our actions and decisions. Also, it’s important to do your best to validate your crew. The messages that come through in the videos — collaboration, friendship and an uplifting human connection — encapsulate the project perfectly. Positive energy breeds a positive outcome and that’s ultimately what AREA21 is all about.

You can watch the full series of music videos on the AREA21 YouTube channel. Listen and download the songs from AREA21 Greatest Hits Vol. 1 here. 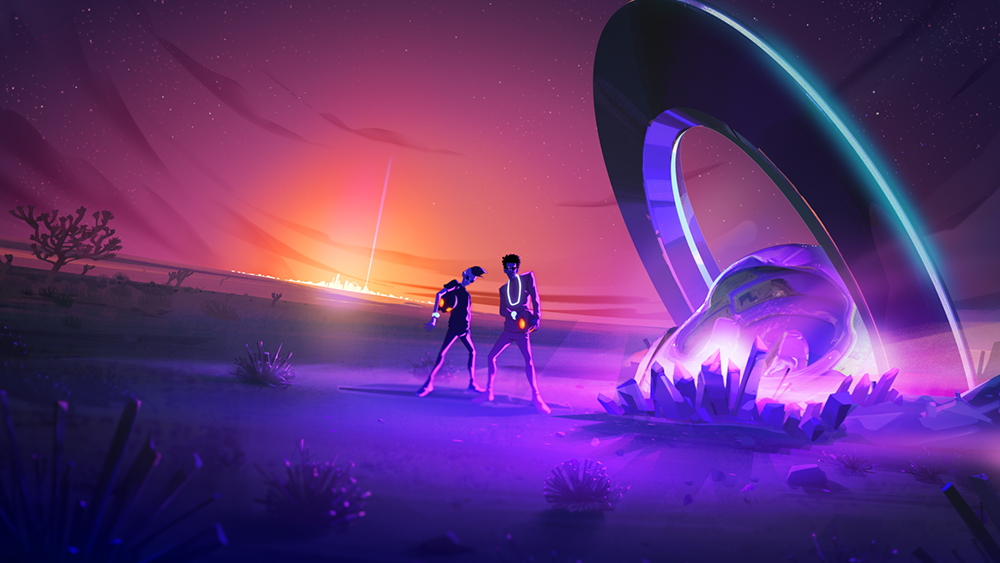 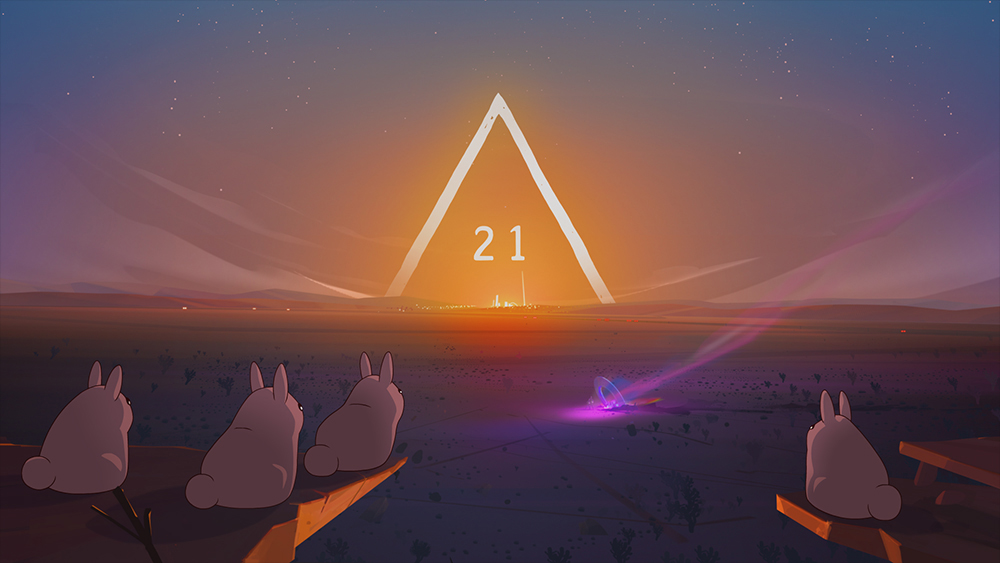