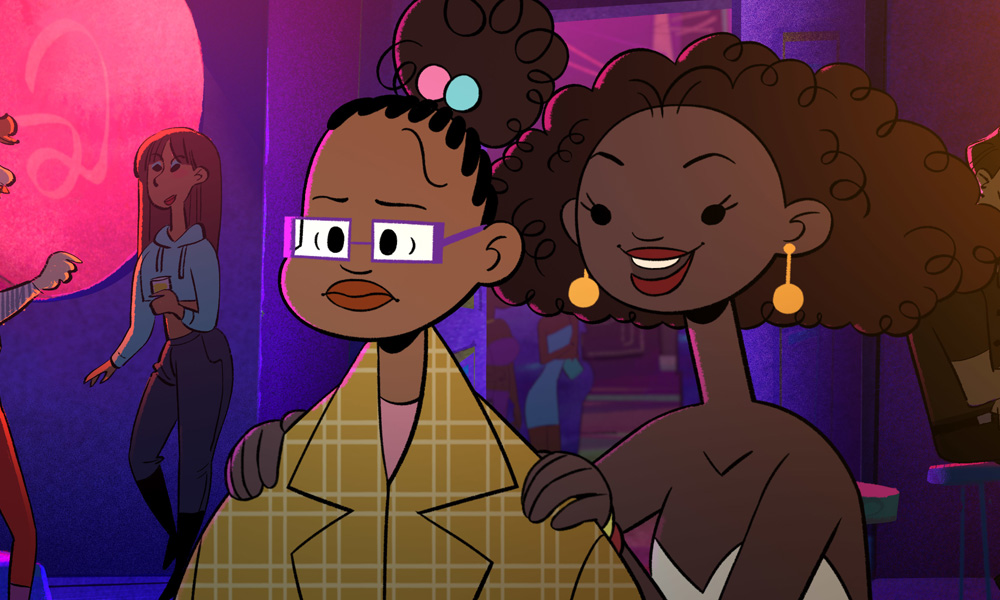 Last Friday, Disney+ premiered the latest SparkShorts film Twenty Something, which is penned and directed by Aphton Corbin. This is the ninth project in the popular SparkShorts program which launched in 2019 with Purl. Corbin’s short centers on Gia, a young woman who is taken to a nightclub by her sister on her 21st birthday. Feeling insecure about this new stage in her life, Gia appears as three different versions of herself (at ages one, 10 and 16), all of whom work together to present the heroine as a real grown-up, with hilarious results. We had the chance to talk to the director about her charming short and her experiences at Pixar:

Animag: Congrats on the success of your new short! Can you tell us about how you came up with the clever concept?

Aphton Corbin: My idea stemmed from a period in my own life when I had just finished college, trying to find my first apartment after college, learning about oil changes and all those adult things coming together. And I just felt like I was just a kid trying to wrangle myself together so I could feel like an adult. It’s such a truthful moment for me, to come up with a creative way to express what I was going through my head. When I was offered the Spark position, I was very insecure about that as well. So, this insecurity felt like a theme that I could explore a little more. I felt like an adult one minute [and] like kids stacked in a trench coat the next. Something about this idea clicked … So, the first part of my journey was taking that idea and turning it into a fleshed-out story.

I didn’t have to pitch the short to anyone. That’s the crazy thing about the Spark program. They tell you, “We believe in you, so just go and make the short.” I had the idea and pitched it to some friends and after we felt that it was working, we went forward. And sixish months later, we have the film. 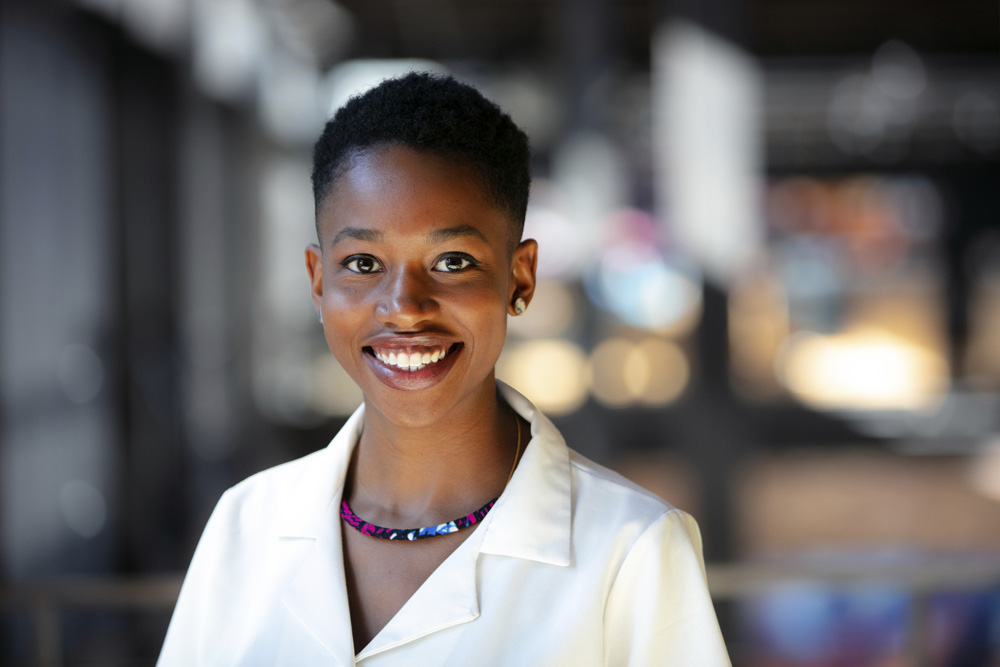 Can you tell us a bit about the lovely designs of the short?

The designs are based on some loose ideas, photos and my own doodles. I gave the designs to our talented character designer Yingzong [Xin]. She did an amazing job of locking those in and combining my interests with my own references from my own life.

How many people worked on it?

We had a team of roughly about 30 or so. That’s not including the people who came in for screenings and feedbacks. So, it was a small, tight team we had who worked on the short together.

Can you tell us a little bit about your animation background?

I studied animation at CalArts and started working at Pixar in the fall of 2016 as an intern, and I got hired on soon after. I got to spend a crazy, rollercoaster five years. It went by in a blink of an eye.

You worked on Toy Story 4 and Soul before you jumped on this short. What lessons did you learn from those two features that helped you on Twenty Something?

I got a lot of inspiration from working on Soul with director Pete Docter. He is so great about directing everyone to speak up in the room. He would encourage people to express their ideas. He’d tell them, “What do you think?” I was so surprised that he wanted to hear input from me. I was like, “You want to hear from me? You are the one with all the Oscars!” He made everyone feel they were involved with the film and that their ideas were valued. I tried to remember that as I made the short — to have people around who can help you and provide answers. We had a team of amazing artists who had worked on plenty of films. So, taking their advice was the obvious choice. 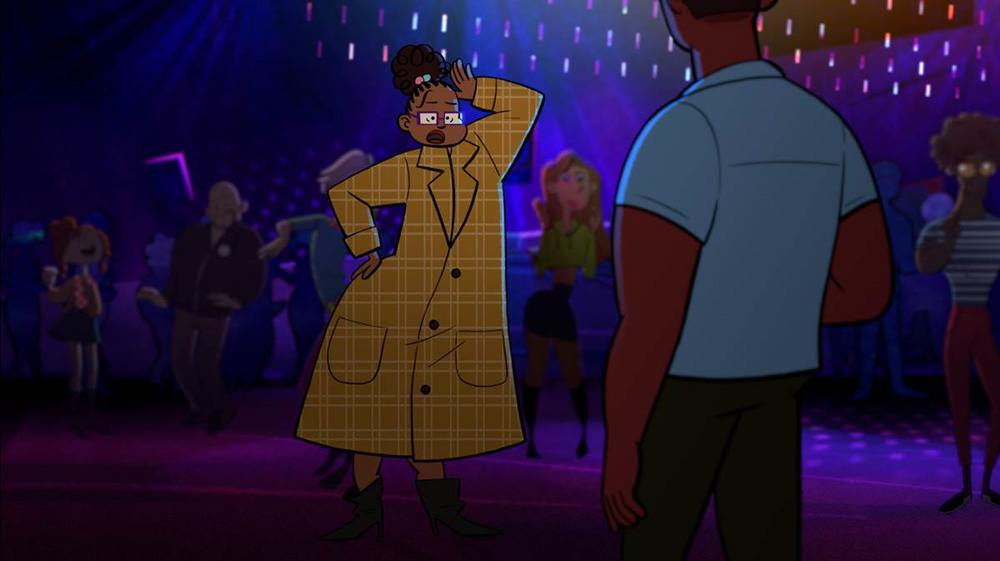 How did you achieve the fun 2D look for the short?

That was the hard work of Lucas Pacheco, another animator friend that I met when I was a student at CalArts. I was never good at animation art, but my friend Lucas was amazing at it. It paid off years later when we worked on this short. He really dialed in how to take the beautiful drawings that Yingzong did and make them move in a very fun way. He loves to work with Adobe Animate, he swears by it, And he combined that with TVPaint. Lucas was instrumental in creating model sheets for all of the characters, complete with expression sheets and style guides. I got into animation because I loved drawings, and seeing those drawings come to life [is a] super special moment. And I was encouraged by seeing amazing 2D SparkShorts that had come out before, like Burrow and Kitbull, and I knew it was a path for me.

What did you love about the whole experience?

I loved all of it! The fact that we were able to pull it off. When we first pitched it, they were like: For CG, it’s usually just two characters and one set. I was like, “What if we had five main characters in a crowded club?” That was a huge ask, and my team was so amazing at pulling it off seamlessly. They were able to pull off these cast of characters with such unique designs in our short.

Do you have an older sister who also helped you learn about “adulting” like the character in your short?

I actually have a younger sister who encourages me quite a bit. A lot of her was in the Nicole character in the short.

What are some of your biggest animation influences?

I watched a lot of anime when I was younger. I was largely inspired by a lot of the films Studio Ghibli was doing, specifically by Spirited Away, which is on the other side of the spectrum from what I was doing. But what we can do in this medium of animation is so amazing. I was also a huge, huge fan of Avatar: The Last Airbender when I was in high school. I loved the scale of storytelling. Another random twist: I am also hugely inspired by Quentin Blake, the artist who illustrated all the Roald Dahl books. He finds a certain whimsy and magic in all of his drawings. I am always fascinated by people who find a unique way to tell their stories and take audiences on great adventures.

Pixar SparkShorts’ Twenty Something is currently streaming on Disney+.