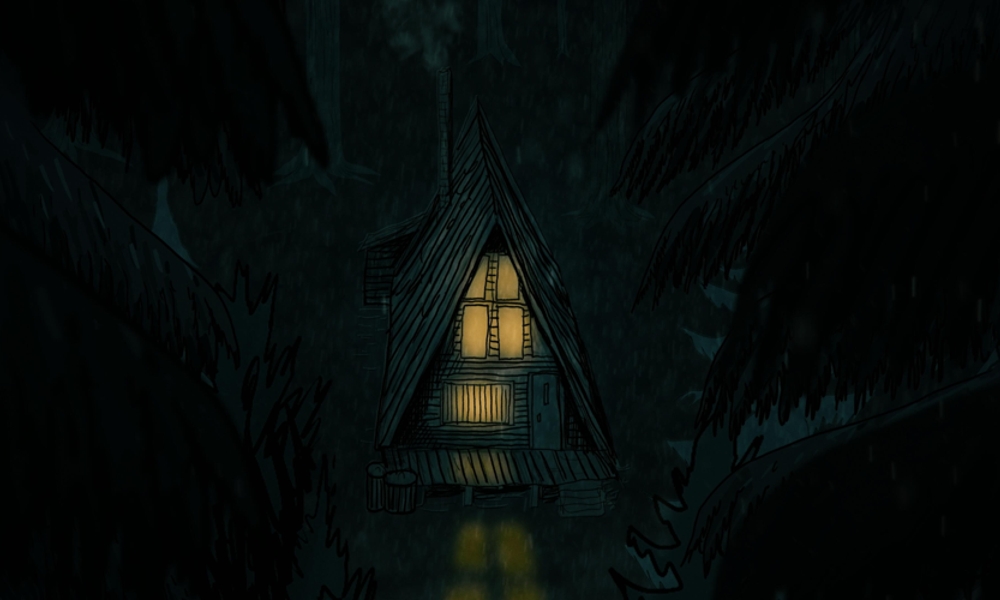 This past Friday, Hulu audiences were treated to Sasquatch, a three-part series directed by Joshua Rofé (Lorena, Swift Current) bout the mysteries of the Emerald Triangle in Northern Calif, a region which holds the highest missing persons and murder rate in the state. Journalist David Holthouse takes a look at the bizarre triple homicide which was rumored to be the work of the elusive Sasquatch (a.k.a. Bigfoot). We recently caught up with Drew Christie (The Emperor of Time, Nuts!, Song of the Spindle, Drawn & Recorded) the talented Seattle-based artist behind the animation featured in this fascinating doc.

Animation Magazine: Congrats on your work, Drew. Can you give us a bit of background on how you came to work on Sasquatch?

Drew Christie: Thank you! I was in Hawaii on vacation and got an email from Mel Eslyn at Duplass Brothers Productions asking if I was available and interested in talking with the team making a documentary about animated re-enactments for the project. Then when I got home we all had a phone call and really hit it off, and I think they liked my work they had seen and I was very intrigued with the story they told me. 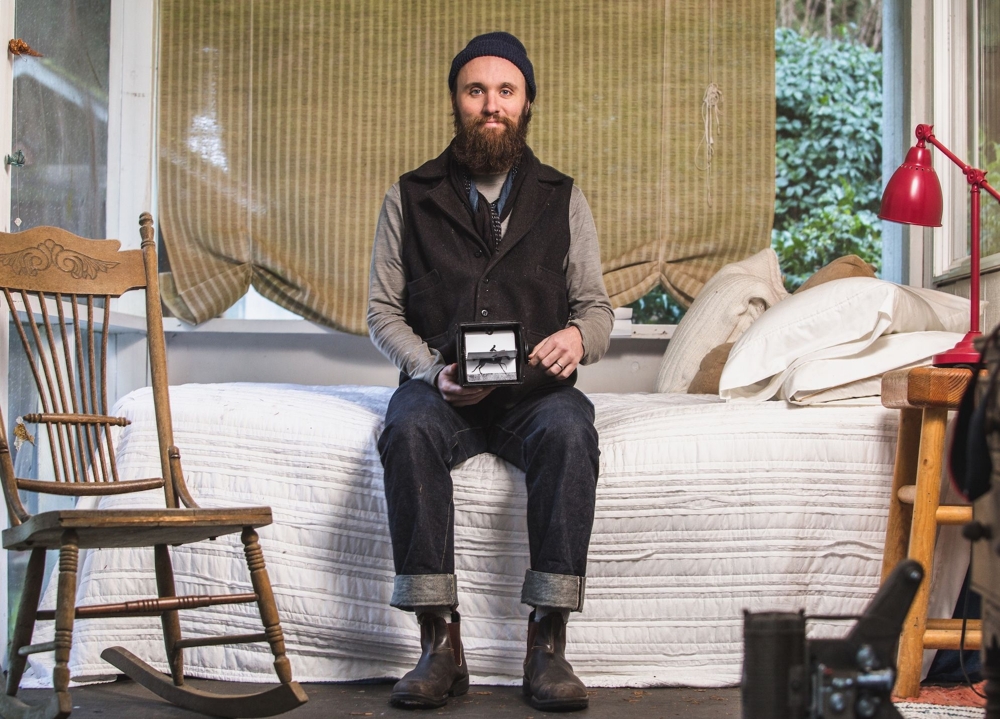 Where was the animation produced and which animation tools did you use to produce it?

The animation was produced in Washington State on an island outside of Seattle. The tools I used were ink pen on paper for initial drawings and thumbnail storyboards, then some of those ink drawings were scanned in and colored in Photoshop, others were drawn directly in Photoshop and then brought into After Effects for color treatments and animation and camera moves, etc. Additional hand-drawn animation was done in Photoshop using the AnimDessin extension which allows easier frame-by-frame and onion skinning within the Photoshop timeline.

How did you collaborate with director Joshua Rofé on this project?

Very closely, but in a sort of trusting, hands-off way. He would send video clips of David Holthouse telling a story, then give me time to create something to show him. The very first thing I created I did a full animation test in color and did about 90 seconds of David telling the story of the first night he was on the pot farm and going to the cabin in the woods. Josh and the team really loved it and felt that I really captured the mood, so after that there was a lot of trust from them. I would usually do a really sketchy animatic to show them first, of what I was thinking, and then he would say yea or nay and then I would go ahead and do full color. I didn’t do storyboards really at all. Just rough sketch animatic and then final linework and color and fully animate in PS and AE and then send it over. Sometimes there were small tweaks and changes for continuity or accuracy, but not a ton. 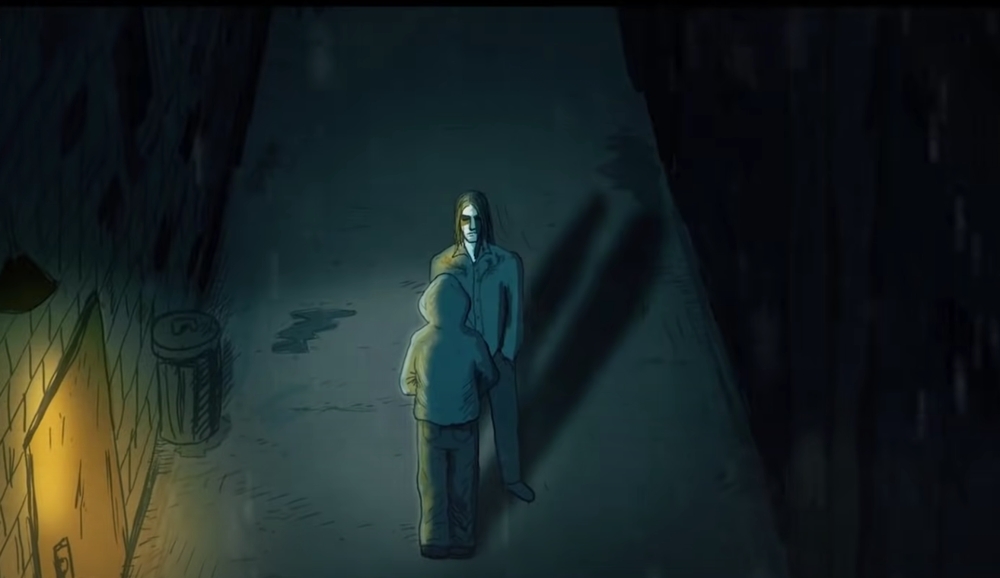 What would you say was the toughest aspect of this assignment?

It was figuring how to show as little of someone’s identity as possible while still getting the point of the shot or scene across. Many of the people in the series, except for David, need to remain anonymous for either their own safety or because of legal reasons implicating them in a crime. So we needed to obscure many people’s faces, and I either didn’t know what they looked like or couldn’t make them recognizable. This was great in many ways, since I love darkness, but it becomes challenging when the character needs to be in silhouette and it’s already night time! So then comes fun stuff like headlights, cigarette glows and street lamps. I love all the atmospheric lighting — so what starts out as a challenge is actually a huge advantage.

What do you love about creating animation for documentaries?

So many things! I will just start with the fact that I get to learn while I’m working on them. Even though, or perhaps in spite of the fact that I hated school, I actually love learning. It just needs to be on my own terms. I get to dig so deep into every aspect of the project I’m working on because I need to portray everything accurately so that it makes sense within the story or the overall project. Like for this one, I needed to know what marijuana farms look like and how trimming works, and I got to study tree bark in depth and what headlights on early ’90s trucks look like, and of course I learn while I watch cuts and benefit from my collaborators’ research. It’s just such an exciting way to learn about disparate subject matter. 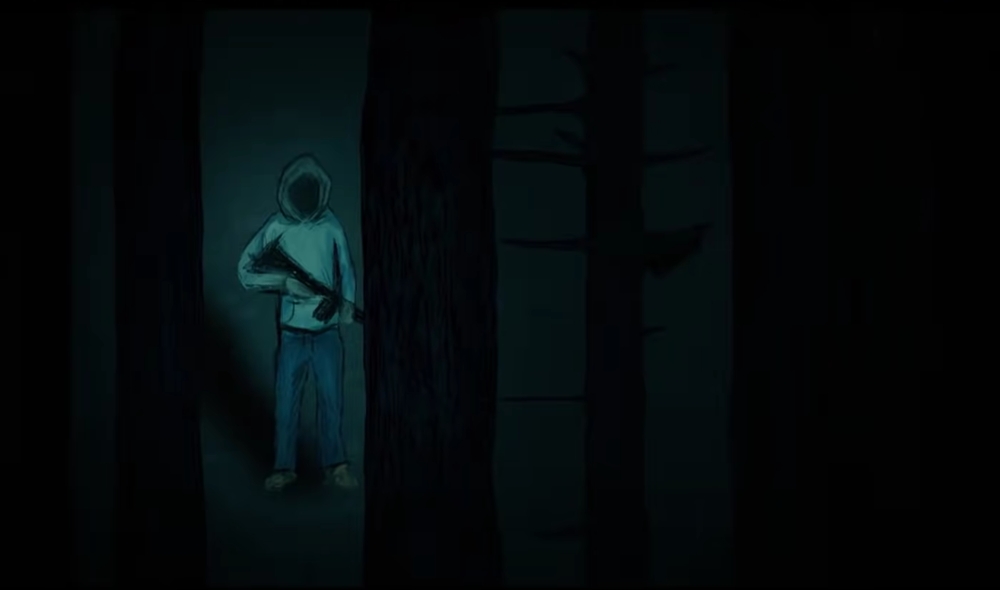 You have worked on many animated docs over the past 10 years. Why do you think more directors are using animation in documentaries than ever before?

I have, and that’s a good question — and I suppose it’s for a number of reasons. One being, documentaries are just far more popular now than they used to be ,so there’s more people making them and more places buying/commissioning/producing/distributing/streaming them. And this then leads to more filmmakers wanting to set their doc apart, probably, and animation is an incredibly versatile medium.

Animation is a visual art form, and just like other visual art forms like painting it can communicate so many different moods and tones and emotions and ideas that, once a filmmaker realizes that, they understand that animation can be one of the most powerful tools to help them tell their story and compliment it and set it apart from other talking head films. Also, economically, it’s generally somewhat cheaper to make some types of animation than it used to be when you needed multiplanes and Oxberry animation stands and what not. Some types of animation are still extremely expensive, though. 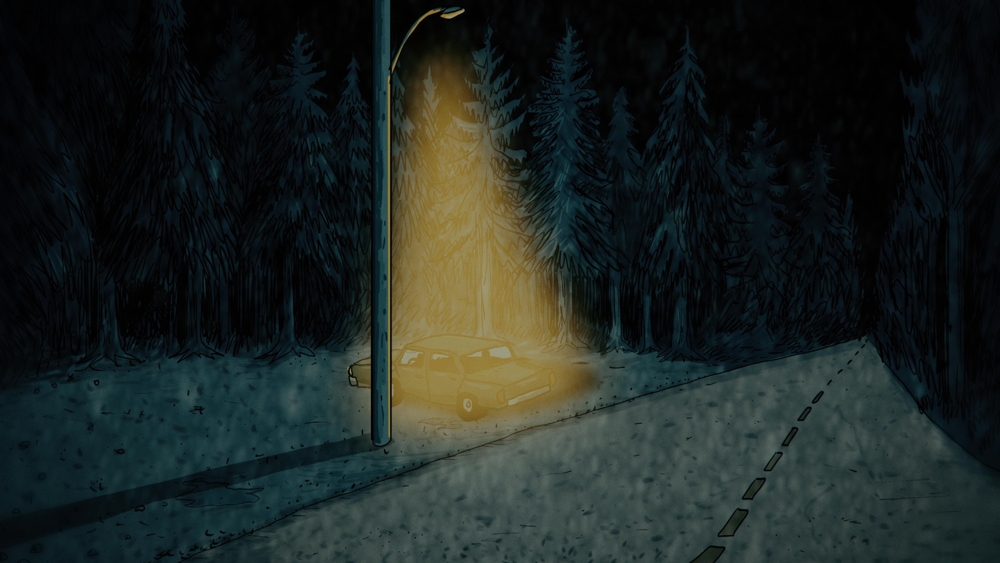 What were your visual influences as you set out to create the animation for the show?

My main influences visually were the films and camera style of David Fincher. That was for a couple of reasons: One, it felt like a similar mood to what Josh was going for, part of it could have been that they had temp music from the Reznor/Ross Gone Girl score, as well as the dark subject matter and the eeriness of the whole scene and story. Two, was that I wanted the camera to have the cold, methodical movement to it that panned over a crime scene but didn’t have any emotion to it or didn’t feel like it was being operated by a human at all. Just cold and sterile and sort of like it’s quietly observing the whole world. And third, the blue monochrome palette also felt like a cold, dark, nighttime sort of vibe for it.

Overall, how much animation did you produce for the show?

I don’t know exactly, but somewhere on the order of about 13 to 18 minutes. Somewhere in that ballpark. Some stuff was taken out, then added back in but changed slightly or re-arranged and re-edited, so it’s difficult to know exactly.

When was the first time you realized you wanted to work in animation?

When I was around three or four, my dad taught me how to use the family VHS camcorder and I got to make movies on my couch with my Ewok fortress and action figures. I think then I realized I could create my own worlds by myself. That was a very powerful feeling I think. 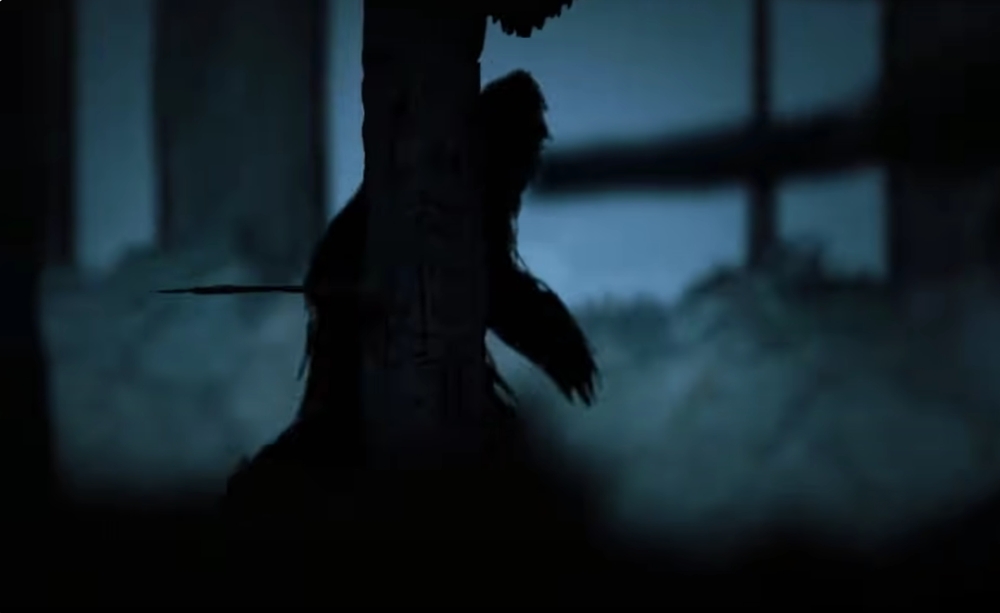 I am the animation director of a TV pilot right now, and I also just directed a short animated documentary called The Great World of Gregory Blackstock about an autistic savant artist that will be premiering on PBS Voices in the next month or so. I am also at work on a few other documentary projects right now along with my team at Kalakala Animation.

Do you have any tips for animation pros who want to get into creating animation for documentaries?

Yes, I would say to create your own animated documentary. I think that’s how a lot of people saw my work and how I got asked by filmmakers to create animations for their documentaries. I love researching things and, when I have time, making my own animated documentaries. I used to make animated Op-Docs a lot for The New York Times and that was how Penny Lane saw my work and asked me to animate sequences in her feature documentary Nuts! So, I would say always, make your own work and never wait for anyone to ask you to work for them.

Sasquatch is available to stream now on Hulu. Learn more about Drew’s work at www.drewchristie.com.