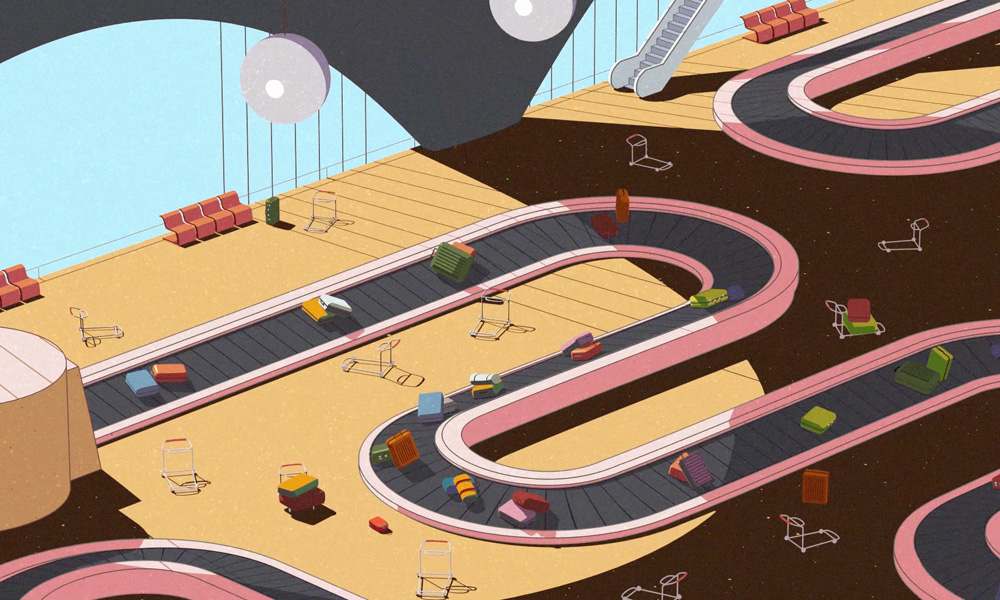 With its haunting vision of a world where all traces of humans have vanished, Geoffroy de Crécy’s Empty Places emerged as of the past year’s most prophetic shorts. Produced by France’s prolific animation house Autour de Minuit, which is also behind three of the year’s other Oscar-qualified shorts (Homeless Home, Orgiastic Hyper-Plastic and Purpleboy), Empty Places’ haunting visuals can be seen as the perfect metaphor for a planet under the grip of a global pandemic. We recently had a chance to chat with de Crécy, whose previous short Dog Days was also a festival favorite in 2007. 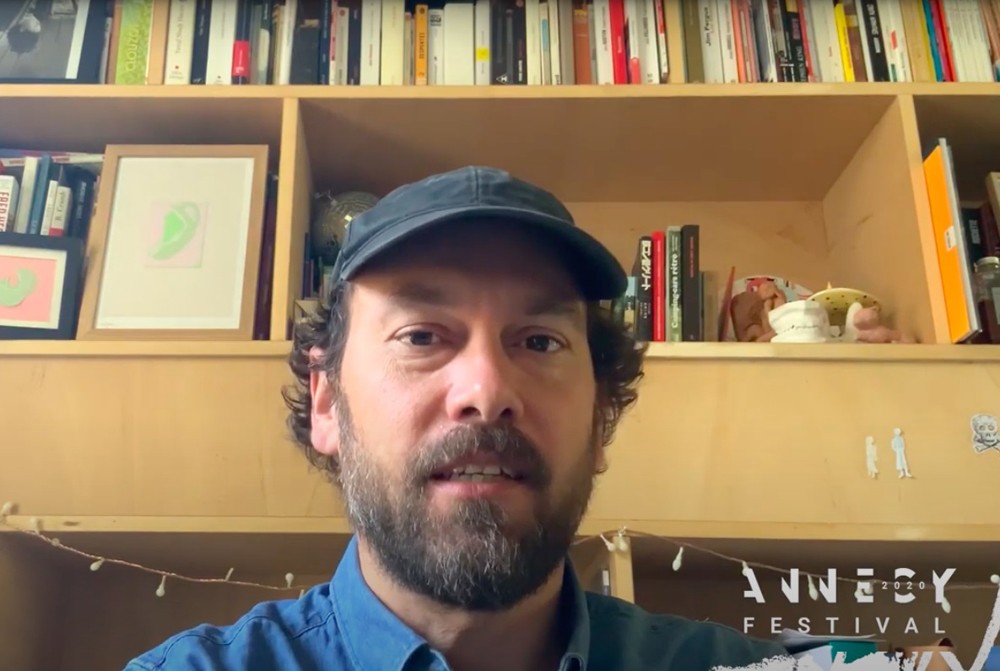 Can you tell us when you started working on this short?

Geoffroy de Crécy: I really started working on Empty Places at the beginning of 2019. But I had a longtime reflection around the loops, and automatic machines. I’ve been working on robotic loops for years.

Do you find it amazing that you thought about doing this short before the COVID pandemic?

It was a shock when we understood, in February 2020, the film we were just finishing would probably not be seen in theaters because they would be emptied by a pandemic. Things started to look so much like in my movie. In a way these events were a “validation” of my vision, and made the film a bit “prophetic.”

I’ve been inspired by various events that occurred in the past years, and were premises of what happened last year. Not just pandemics can empty the human places: we had some climatic events (heat waves, wildfires), terrorist attacks, nuclear incidents… My film is not precisely about these events, but it awakens the unconscious trace they’ve left in our brains. That’s why I get a strong response from the audience. Not just because of the echo of COVID pandemic. 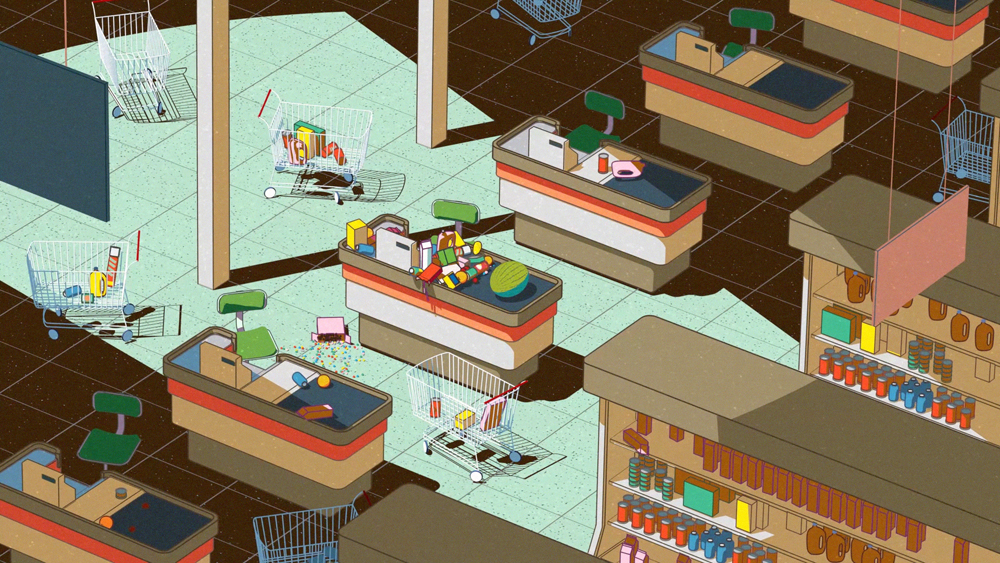 Where was the animation produced? Which animation tools did you use?

The animation was made in my studio in Paris. We used 3ds Max. I wanted all the process to be very close to the machine. Human intervention was minimized, as in the film’s story: we used a very basic tool shading, primitive shapes and some procedural textures. Animation was made only with numeric entries. This gives the very cold and digital touch to the film.

What kind of budget did you have and how many people worked on it?

The budget was around 70,000 euros (~$85K USD), two people worked for several months doing the modeling, animations and rendering, and we spent some time on doing the right edit, and working on the sound design and mix (although it’s quite subtle and made for a theatrical experience… we recommend watching the film wearing good earphones!). 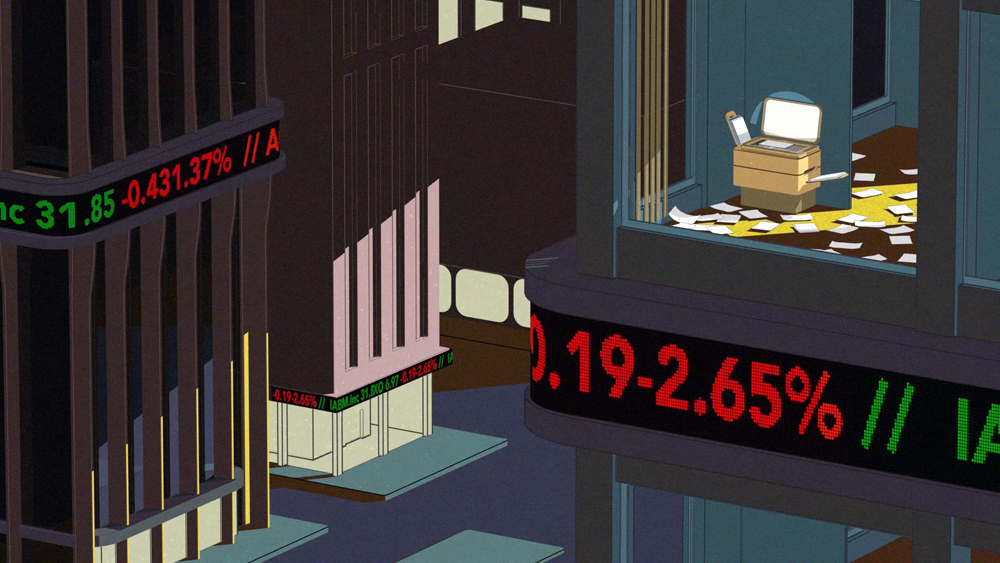 The biggest challenge was to make an edit from infinite loops. A loop is usually something you don’t edit. It works better by itself. And the problem in editing is that you show your “human” point of view. The solution was this very simple and linear “close-up to wide” structure, in which we come back several times in the same place. So the edit structure is kind of a loop, too. And the whole film is looping, too, as the first shot and last shot are the same.

Have you been surprised by the response the short has received worldwide?

When we launched the film in spring 2020, we anticipated one bad and one good thing: Empty Places would hardly get any theater audiences in festivals and would probably go online, but on another hand, its story was so much describing our times, it would create a strong response in the audience. That’s what happened: the film has been selected in more than 60 festivals (most of them online), and received five prizes, including one in Annecy. I receive some feedback every day on my Instagram, and an architecture student at UCLA even wrote an essay about Empty Places for his curriculum!

I would like to go the opposite way: make a very human film, with emotions, characters, dialogues… Isn’t it what we all need now?

Watch Empty Places on YouTube here, and watch the director discuss his work here. More information about the studio at autourdeminuit.com.