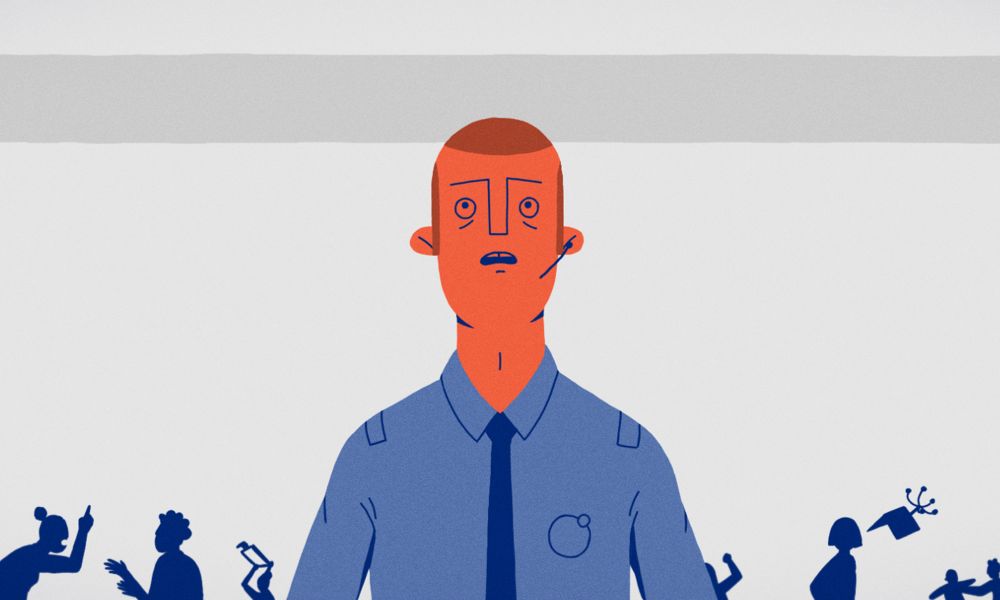 aAfter a successful international festival run and qualifying for this year’s Oscars, the Swiss animated short film The Lonely Orbit makes its online premiere on Thursday (January 28). The sci-fi short is directed by Frederic Siegel and Benjamin Morard and has been screened at over 70 renowned film festivals in the last two years and has picked up several awards, including two honors at the Fantoche international animation film festival in Baden and Best Animated Short Film at the Sitges International Fantastic Film Festival 2019 in Catalonia.

Produced by Zurich-based creative collective Team Tumult, the short is set in the near future and tells the story of a satellite technician who tries to cope with his loneliness by keeping in constant contact with his old friends through text messages. When he neglects his duties, a satellite leaves its orbit, leading to a chain reaction and the collapse of the world’s entire communication network.

The film premieres on the renowned short film platform “Short of the Week” and can be viewed both on YouTube and Vimeo. We recently had the chance to chat with director Frederic Siegel about his fascinating short. Here is what he told us: 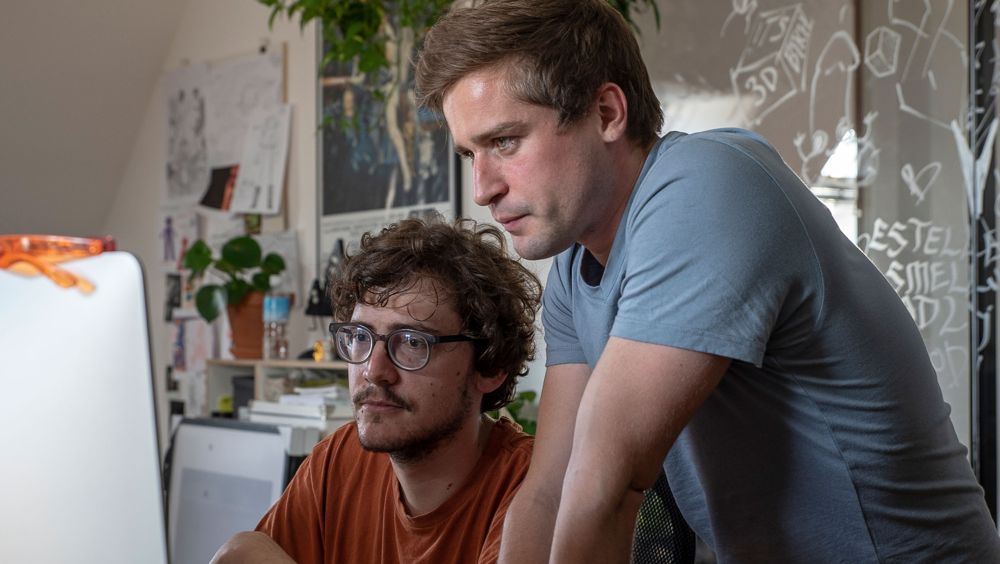 Congrats on the global success of The Lonely Orbit. Can you tell us how you came up with the idea for this short?

Siegel: Actually, the first ideas for the film were the two images of a satellite in space, burning up in a huge fireball, and a man walking through a bar, burning up in the same way. I was intrigued by the metaphor of a human, living his life mirroring the life of a satellite, even sharing its fate of gloriously bursting into flames in the end.

After that, me and my co-director Beni Morard started to find narrative cues that connect satellites and humans to build a story around. Finally, the topic of loneliness and being connected to your friends via smartphone resonated with both of us. We thought that the theme fits the visual metaphor very well: The main character is constantly connected in a virtual sense, but actually separated over huge distances. He’s figuratively floating in an orbit around his friends, that are holding him close with their gravitational pull. He’s anxious not to cut the digital cord, which is tethering him to them.

How many people worked on it and what kind of budget did you have? How long did it take to make?

Aside from the two directors and the producer, we had an additional core team of three animators, one layout artist, two sound designers, one musician and one foley-maker. Also there was a lot of support from our friends and colleagues from the Swiss animation scene. We were lucky to be financially supported by the Swiss Federal Office of Culture, Zurich and Central Swiss film funds and Swiss National Television. We got a pretty good budget to pay all our work and the work of our friends. The preproduction (story, storyboard, design) took over two years, starting in early 2016. After we received all the funding, we started the production in the beginning of 2018 and finished the film in around 10 months.

How did you come up with the powerful visual style and color palette of the short?

The concept of limited colors is initially based on my previous film Ruben Leaves, where I used a bold blue and yellow color scheme. For The Lonely Orbit, we tried to create a softer and more graceful look with a more cinematic blue, orange and white palette, additionally inspired by the dawn of computer graphics, where restricted color palettes had to be used, due to the low amount of memory capacity.

What would you say was your toughest challenge on this project?

The editing of the film was a huge challenge. Since we really wanted to create a slow-paced film with impressive imagery of the Earth and technology, it was very hard to get the timing just right. In certain space shots, you just observe some satellites flying by and the world spinning slowly underneath. It’s beautiful to look at, but how long can you show it until it gets boring? It’s hard to judge the length of a scene when there is basically nothing happening at all. Especially when you’ve seen it a few hundred times already during the editing.

Why do you think the film was so well-received?

I’m glad that you perceive it like that, as we didn’t get too many direct feedbacks and reactions to the film, due to the cancelation of most of the festivals in 2020. I think that the idea of the film resonates with a lot of people, who started to reflect on their own use of communication technology and the impact it has on their behavior. On one hand, everyone can feel permanently connected and loved, on the other hand the connections are very fragile and can’t really satisfy your need for real human connection yet. It seems that especially young people start to think about this, as the film was screened in a lot of youth programs and received a bunch of awards from youth juries.

Of course, there is also the ongoing global pandemic that makes people question it even more. The forced shift into the digital world is getting people closer together virtually, but separating them even more physically. I think we need to realize, now more than ever, that digital connections are not replacements for real connections. They are just supposed to be handy tools, helping us to stay in touch with a real human on the other end. They are not the connections themselves. They are not keeping us from feeling less lonely. And we should never forget that, no matter for how long this situation lasts.

Can you talk about the ending of the short without giving it away?

Well, we wanted to finish the film on an ambiguous note, trying not to give a definitive answer to the question, “Is digital communication bad?” For us, there are both good and bad qualities to it. We wanted to leave room for everyone to interpret the ending in their own way, thinking about their own relationship with smartphones and computers. It’s also the perfect ending for our visual metaphor. Involuntarily, the main actor suffers the same fate as the satellite…

I draw a lot of inspiration from a lot of different media, mostly live-action films. But as far as animation goes, I’m following a lot of people too of course! I’m a big fan of independent Japanese anime. My biggest inspiration is everything made by Masaaki Yuasa, but also films and series like Paprika, Ghibli’s Princess Mononoke, Akira, Cowboy Bebop and Neon Genesis Evangelion are some of my favorites. I love the mind-bending aspects in most of the stories. But I’m also a huge fan of a lot of contemporary animators and animation directors like Mikey Please, Nicolas Ménard, Paul Cabon and Sander Joon, just to name a few.

I’m the middle of developing a new short film, for which we received development funding in Switzerland. It’s a story about two police officers who are investigating weird incidents happening in an apartment block, triggered by a little boy’s excessive TV consumption. I’m writing and directing it by myself and it will be produced by Marwan Abdalla Eissa at Team Tumult again.

What was the biggest lesson you learned from the making of this short?

I think the biggest lesson for me is the fact, that it’s very important to have a clear understanding of the message you want to convey, before you start working on a story. My initial idea for The Lonely Orbit was only based on a visual (which I already explained above) and a vague topic of loneliness. I wasn’t sure if it was going to be a film about friendship, a love story or just a poetic essay film. I wanted to do some of everything. While it helped massively to work together with co-director Beni Morard, crafting a narrative around the images, it took a long time and a lot of energy to find the right ideas in a forced production environment. I wanted to do my next film as fast as possible, so I rushed a little bit too much. It’s good to let some ideas rest a little, until there’s a real spark and you’re a 100% sure, what you want to tell.

Learn more about the film at www.teamtumult.ch/thelonelyorbit. You can also watch a new making-of video here.