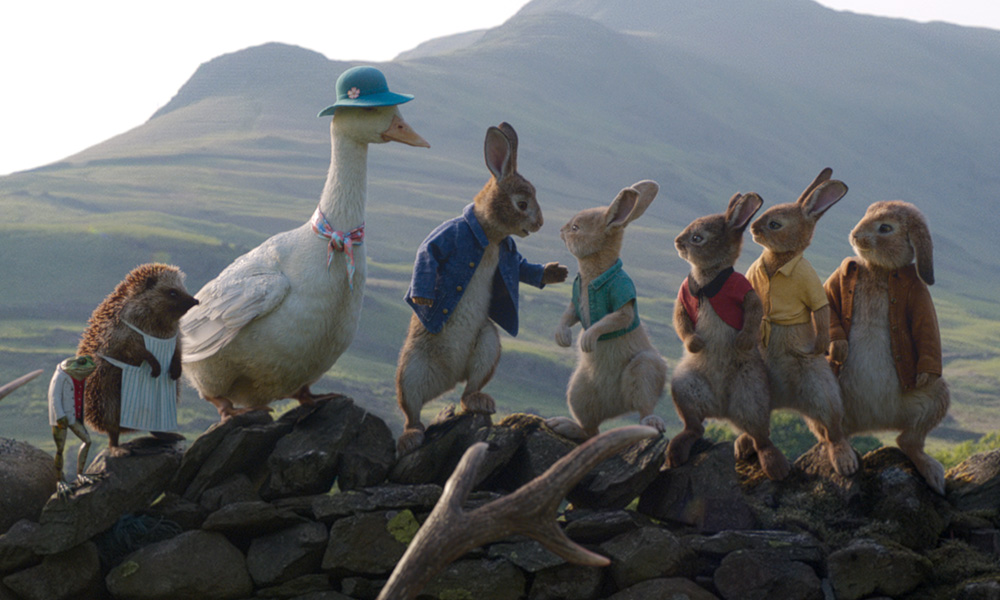 After the first hybrid Peter Rabbit movie became a huge global blockbuster hit in 2018 and made over $351.5 million worldwide, it was a no-brainer that Sony would plan a sequel. Luckily, the film’s original director and writer Will Gluck was on board and a second feature was written and beautifully produced.

Peter Rabbit 2: The Runaway brought back original cast members Rose Byrne and Domhnall Gleeson, as well as the voice talent behind the animated characters (brought to life by Animal Logic), including James Corden (Peter), Margot Robbie, Colin Moody, Sam Neill and Sia. The plot revisits Thomas and Bea as a married couple and finds Peter bored with his life in the village. Madcap adventures ensue when the troublemaker escapes to the big city and meets some shady characters straight out of Dickens! The movie’s release was delayed due to the COVID pandemic, but it became one of the first features to play in theaters worldwide when it opened last month. To date, it has had a very successful run, grossing over $127.6 million worldwide.

We recently had the chance to chat with Gluck (Annie, Easy A, Friends with Benefits) about his second cinematic venture with the favorite Beatrix Potter character and the joys and challenges of mixing CG animation with live-action filmmaking: 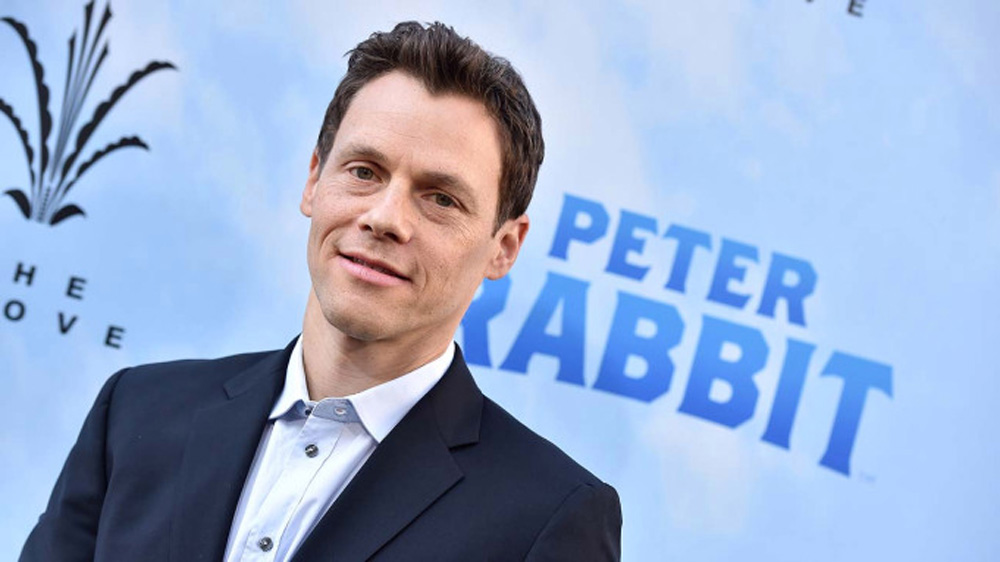 Congrats on the success of your second big adventure with the famous rabbit! After the first movie did so well at the box office, a sequel seemed inevitable, Right?

Will Gluck: You know, nothing seems inevitable. One of the reasons we decided to go ahead with the sequel was that we were able to get the same cast, the same animation and VFX companies, the same team back to work on it. That was a big part of it.

What do you enjoy most about this second outing?

I just like that we were very careful not to repeat what we did in the first feature. We didn’t want it to be episodic. You know Peter is an adolescent in this one, he’s about 15, 16 and has the same problems kids his age have. As our character is aging, we deal with different situations and problems, and that was a lot of fun. I have two kids of my own who are 16 and 18 this year!

What were the toughest parts of making this movie?

Well, you don’t want to repeat yourself. You want it to be fresh. We didn’t want to fall down the sequel trap. That was a challenge that we all took on. Of course, finishing it and having the world shut down because of the pandemic—that was not fun!

So, the movie was done and you couldn’t release it in theaters and had to wait until June of this year. Were you able to go back and tinker with it more since you had more time?

The movie was completely locked, so they wouldn’t let us go back in. I think I had the movie all done and finished for an entire 15 months. I had the movie in a USB drive, just sitting there in my desk drawer at home, taunting me!

Can we assume a third one is coming, too?

How long did it take to make the sequel?

This was very quick. We started from the studio telling me let’s make a second one until what was supposed to be the original release date [February 2020] was about 15-16 months, which was incredibly fast for a movie like this.

Did the studio call you right after the opening weekend numbers came out? Were you surprised by the huge success?

[Laughs] They certainly didn’t call me the weekend before it came out! You know, I’m surprised by anything in life that’s successful, whether it’s a sandwich or a movie.

Regarding the animation, did the same team work on the sequel?

Yes, that was a big part of me coming back: I wanted everyone back together. We had the same VFX supervisor, animation director, head of story, second unit … the same high-powered brain trust came back. We all love working together. Because we all had worked together before, we all knew each other’s rhythms. The film’s visual effects were handled mostly by Animal Logic. A couple of other houses in Australia — such as Rising Sun and Method — did some of the smaller stuff, but Animal Logic did about 95 percent of the shots.

How does the animation and VFX compare to the first movie?

They all had new rigs. I look at the first movie and I cringe sometimes because the technology was so much better for the sequel. Another thing that was so much better was they had figured out a way to get their temp animation really good, so instead of having to animate, color and light it to see if worked or not, I could just give them a brief and in a couple of days, they’d come back with a version of something that looked so good. But if we had to throw it out, it wouldn’t kill them.

You worked in animation early on in your career (Gary & Mike) and made an easy transition to live action, and now have had great success with the hybrid form. What is your take on how quickly animation and VFX technology has evolved in a few years?

This movie is really interesting, because after five minutes of watching this movie people forget that the animals are fully CG animated. What they do with the expressions and the fur and the amount of data they collect is so incredible. I always say it’s incredibly complicated to make something look so simple. It’s funny, I brought back the gate from the garden that we shot in the movie to my house in L.A. and I told a friend who was visiting about a month ago, that this was the actual gate we used in the movie. He said, “Wow. You mean Peter Rabbit actually crawled under this gate!?” I told him, “You know it was animated?” And he goes, “Oh, right!”

One of the things about the movie that stands out is that it’s very meta, very self-aware that it’s a Hollywood movie based on a British children’s literary classic. Before the first movie came out, purists were ready to dismiss the new take on Peter Rabbit. How did you react to those negative responses?

Of course, it’s a big battle we always have. It’s the expectation versus reality. But you know, four times out of five, people see them at home. I love hearing back from folks who see the movie two years after it first came out and they tell me they got a big kick out of it.

What was the most complicated scene to deliver visually?

The farmers market heist scenes were the toughest ones to do. They took six weeks to shoot and there’s always something going on in the background. I am a big stickler for wanting everything to look interactive. I wanted all the characters to be affected by that world in some way. What that actually means is it’s more of a special effects challenge. When we shot that stuff we had to really make sure that everything moved. That was a really complicated special effect.

The most complicated animated shot was the wedding scene, because we had something like 50 animated characters interacting with humans and if you freeze it and look at it again, there’s not one of them that looks like it was superimposed. They were all interacting with each other, and that took a huge effort on behalf of Animal Logic to get that to work seamlessly. Whenever I hear that nobody notices something, I say, “YES, it was successful!”

What are some of your favorite animated movies of all time?

I love most of the Pixar movies — Toy Story is a favorite. I loved Coco a lot, too. I like the more textured animation.

What do you hope audiences get out of the sequel?

Peter Rabbit 2: The Runaway arrives on home video from Sony Pictures Home Entertainment on Digital July 27 and on 4K Ultra HD, Blu-ray and DVD on August 24.