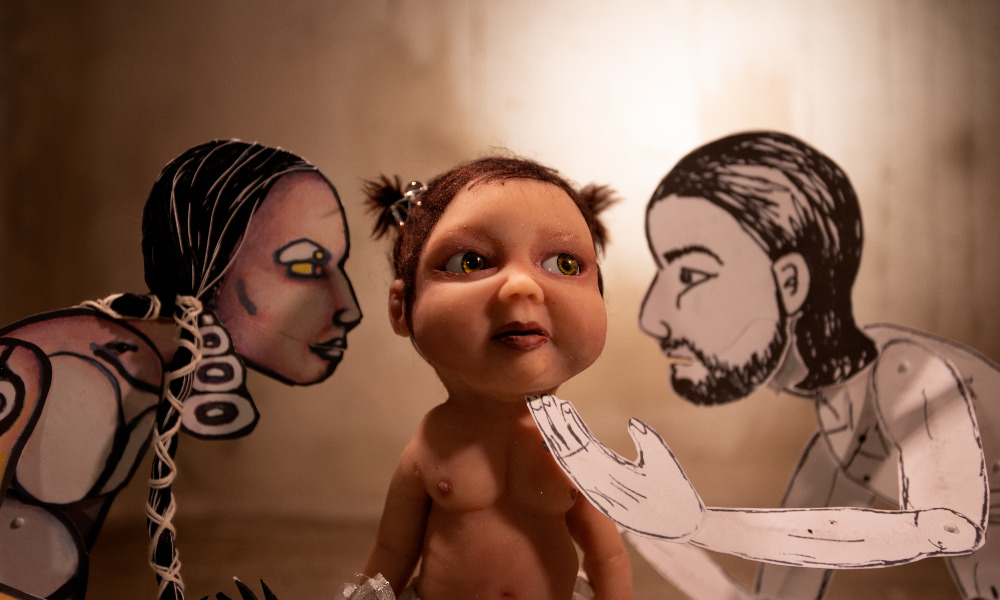 Terril Calder’s stop-motion short Meneath: The Hidden Island of Ethics has received numerous awards since its debut in 2021. The NFB-produced project, which centers on the contrast between the Seven Deadly Sins and the Seven Sacred Teachings as embodied in the life of a precocious Métis baby, makes a powerful statement on the bias of colonial systems.

Ahead of the short’s presentation in Annecy’s Perspective Program: Short Films in Competition (June 13-18), we had a chance to speak with the talented artist to learn more about her inspiring work: 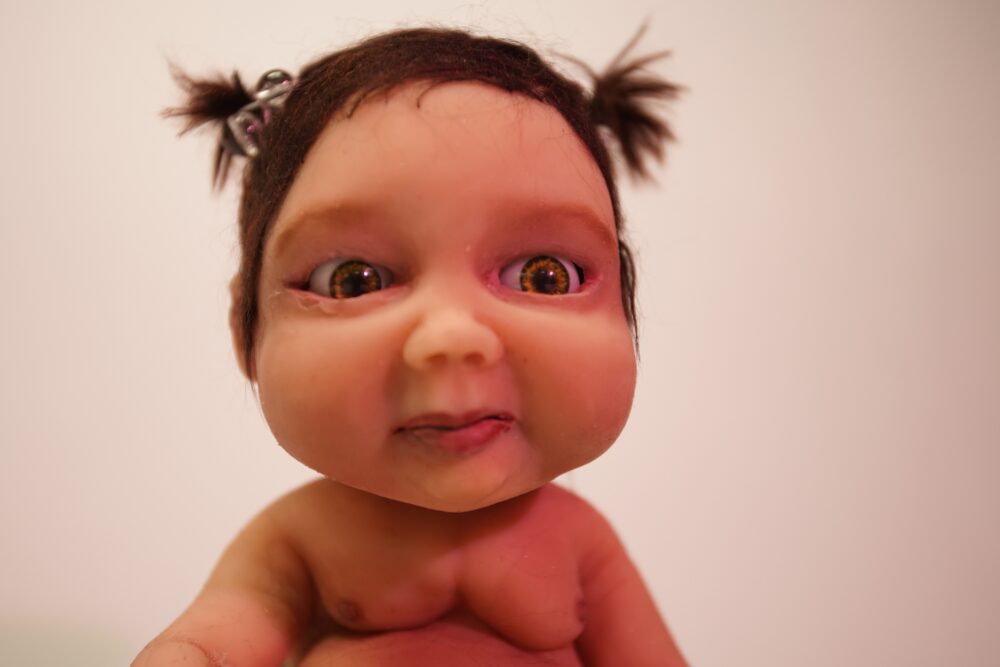 Animation Magazine: Can you tell us a little bit about the inspiration for your short? 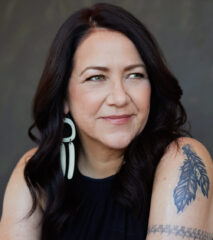 Terril Calder: The inspiration for Meneath: The Hidden Island of Ethics was augmented reality. I wanted to create an experience that would unearth hidden truths. Truths about colonial systems and structures and spirituality that often go unseen.

Initially, I wanted to make a theater experience that would be a film just about the Seven Deadly Sins. I wanted a film that would work without using the AR looking glass. So if the viewer never knew about the AR component, it would still be a solid film. However, if the viewer did know about the AR component and did use the looking glass to find the hidden layer, they would see Nokomis and would find another set of ethics that they hadn’t had access to before. The inspiration for me is that there is another whispering in my ear, guiding me in my decision making. I realized that a lot of non-Indigenous folks don’t really get the cultural differences.

I thought it would be cool to tackle this ambitious project with the NFB. We produced a single-channel version that is currently doing its festival run, and there’s an augmented reality gallery piece that we are just finishing now, as well as an AR web version that will be released later down the road. 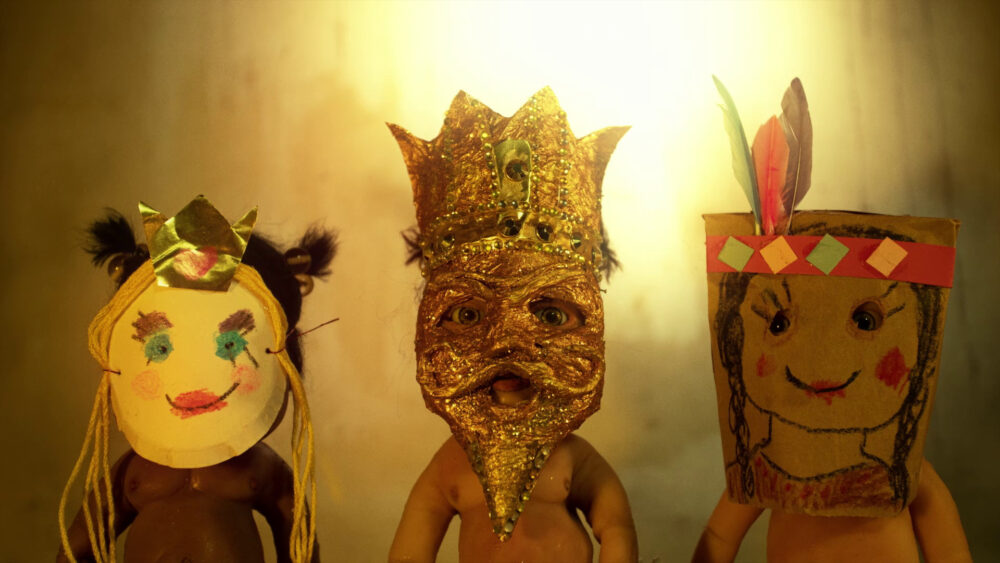 Pre-production for one year and production for two. We have been tinkering with the AR gallery piece on and off for months since then, but the film was done in roughly three years.

How big are the puppets and the sets, and what are they made of?

Baby Girl, my main character, was about six inches tall, and I casted her out of silicone rubber with a ball and socket armature. The other characters are made of paper. The stage was about five by four feet. 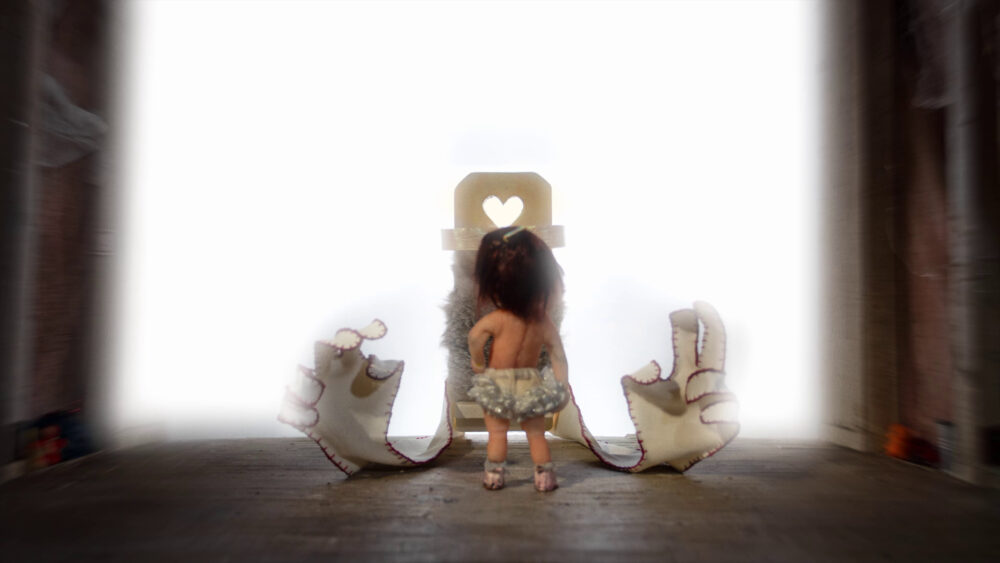 My intention was very complicated to achieve in a short period of time, and the way I conceive of complicated ideas is to put them in little chapters. The danger of little chapters is that they can become monotonous and a little boring. So, I needed to create a through line and bring in ‘is she destined for hell?’ as a plot.  Also, shooting it was a challenge, as there was a danger that the set (stage) would also become monotonous, so I needed to find the shots to make the stage feel fresh, chapter to chapter; but honestly, that was kinda fun.

How many people worked on the short?

This is the first film that I have done with the NFB, and I don’t normally work with so many people. But I was happy to work out of my own little studio, writing, building, creating and animating. I took on many of the key roles; however, I was very lucky to have Jeff Barnaby edit the film and lucky to have Jelena Popović produce it. The film is so much better for it. I think it was around 25 people? 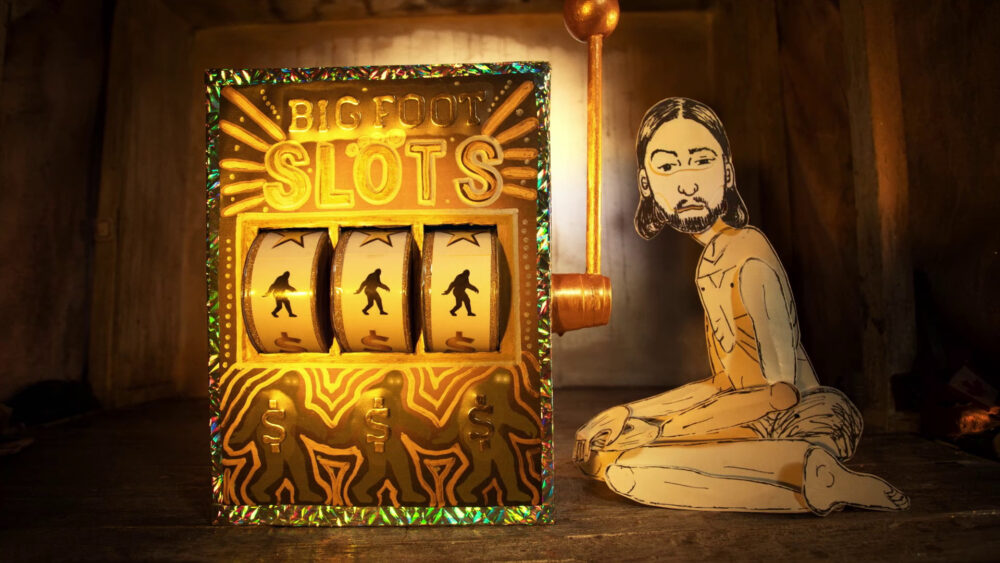 Jelena Popović (NFB producer): The total budget for Meneath was $431,906 CAD. We had a small hand-picked crew, yet most of the work was done by Terril herself. It was absolutely stunning to see a single person have all those skills — from writing to directing to designing and fabricating the puppets, sets and props, to animating and compositing it all as well. Quite impressive indeed.

What would you love audiences to take away from the short?

Terril Calder: I hope that the film raises questions about code switching. True equity is everyone feeling a little uncomfortable accommodating other points of view. 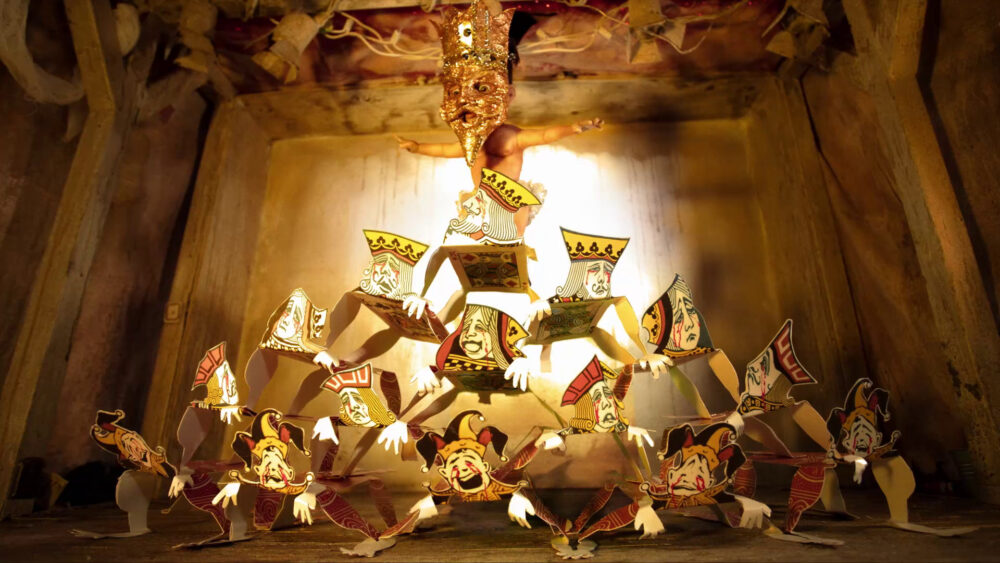 What was the biggest lesson you learned from the experience?

I learned how to work with people a little bit … [laughs]. I’m very stubborn but I know I still have so much more to learn. I love that. I love making work that is just a little out of reach, with a medium that has endless possibilities and with people who are good at their craft. I like being scared a little bit. Working with others is very challenging, as it gets me out of my head a bit. I had to communicate my ideas, which I’m dreadful at, and that’s actually part of the reason I became a visual artist. Sometimes words fail me, but I needed to find them to get this film made. So that it remained close to me and remained my film and not a Frankenstein.

Learn more about Meneath: The Hidden Island of Ethics at nfb.ca.