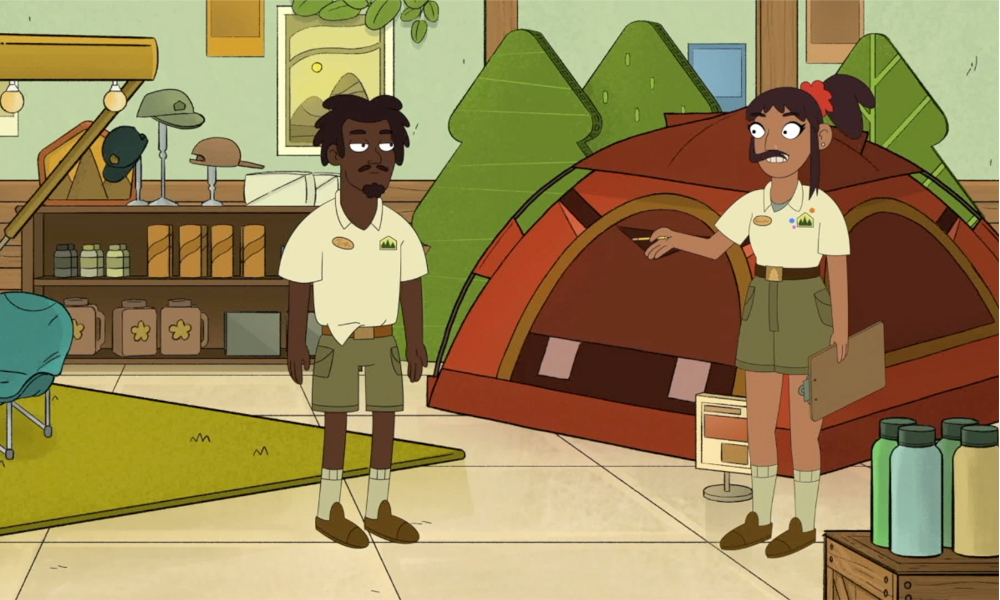 'Tent Sale' is the debut short film from Studio Smokescreen, which aims to provide great animated content and new opportunities for underrepresented talent.

Studio Smokescreen, a new independent, Black-owned animation studio, today unveiled its first animated short, Tent Sale, which it produced with a team of young animation talent from underrepresented and marginalized communities. The 2D comedy finds new “Camp-orium” employee Josh and his supervisor Hilary unpacking more than they bargained for when they confront the most impressive tent on the sales floor.

Independently financed and produced, Tent Sale showcases the vision of Studio Smokescreen founder Kris Wimberly to discover, support, train and prepare young animation talent that otherwise has encountered difficulty finding a path in to the animation industry. Studio Smokescreen is designed as “bridge studio,” which will train and develop talent on both in-house and commercial projects, giving them hands-on experience that helps them “bridge” their careers to larger companies and studios. The studio functions on three core levels: as an animation production partner, a creative development and production studio and a training ground for new, exciting talent.

We were eager to hear more from Kris Wimberly — an accomplished animation director, executive producer and storyboard artist (Disney+’s upcoming Firebuds, Elena of Avalor) who co-founded the studio with his brother, business whiz Chase Wimberly (Amazon, Multiply/Answers Corp.) — about this new venture and the opportunities it presents for tomorrow’s animation stars!

Animation Magazine: How long have you been working towards establishing a “bridge studio” like Smokescreen, and what sparked its launch now? 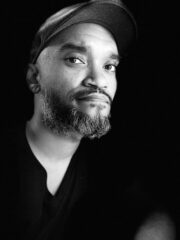 Kris Wimberly: Having a studio of my own was something I’d dreamt of, at least since art school, but I honestly didn’t think I’d earn the chance to attempt it until maybe in my mid-50s. Then, we started Smokescreen at the top of the pandemic, two months after I turned 36. I think that had everything to do with the timing of momentum in my own career, the aching for growth and change in entertainment, and extra time afforded by the Shelter In Place and Work From Home orders.

But the idea of a “bridge studio” wasn’t part of the vision until Chase asked if there was a chance to do something unique with it aside from being a Black-owned animation studio, which was already needed. I thought about my own path and so many people I’ve met with similar experiences, and immediately knew that we had to spend this opportunity helping others navigate the barriers-to-entry if we wanted to see real change on-screen and behind, much more quickly than “big circuit” studios can achieve.

What was the process of recruiting for Tent Sale? How big was the team?

I wish I could say we were flawless at building the team around Tent Sale, but we weren’t. It was perfect, though, for designing our own pipeline based on much of our industry vets’ experience around all the studios around town.

The main idea was to get experienced individuals into key leadership positions, so that we could achieve our goal of training up newer artists to work at broadcast quality and pace. Not just the artists, but production staff as well. So, not everyone was “green” and untested talent. But, we’re really proud that some current industry folks were given their first opportunity to step into leadership roles, having the opportunity only dangled in front of them before, much like a large portion of my own experience. But as we moved along, we used a mix between some of our newly created Core Collective team (which effectively is our “in-house” talent), and good old fashioned social media posts to find up-and-comers.

In all though, I’d say we had about 25 people touch Tent Sale from writing through post-production, across creative and production folk. The majority of those 25 people, I only realized when it came up in conversation the other day, is made up of female-identifying folks, which I think is awesome! 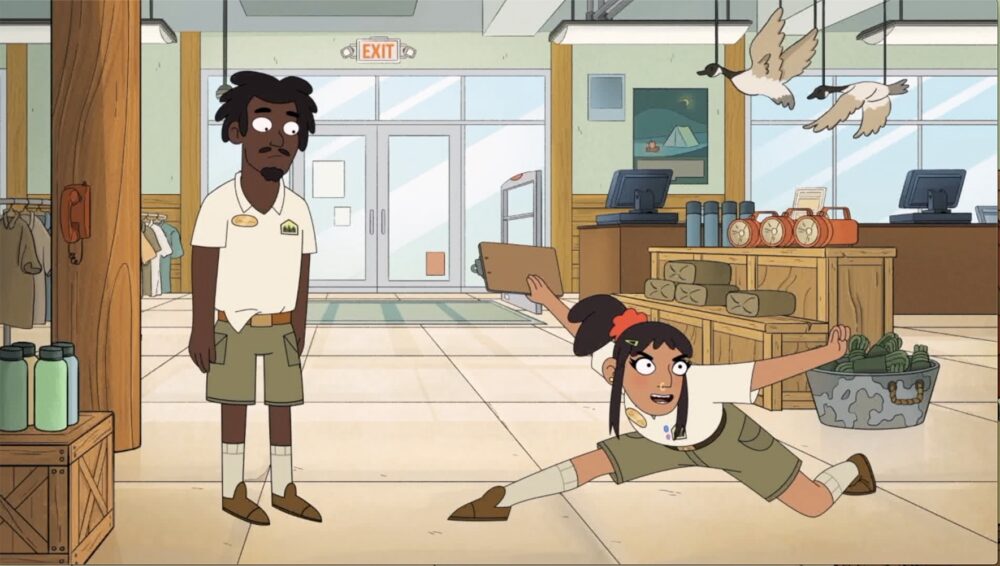 What were some of your training and talent support priorities during this first production?

The big thing here was to position everyone to showcase their best efforts. Obviously to make a great short film, sure, but also to highlight the level of talent out there generally not given opportunities to participate. (Equally as important, we wanted to pay everyone fair industry rates for their contributions.)

So, one of the top initiatives when assembling this team was to answer the question, “Who of these marginalized voices could and should already be working in the industry, but have been held back by lack of hands-on experience and relevant portfolio material?” And those were the ones we wanted to start with, by giving them the exact type of work they would do everyday in a traditional setting. Sometimes it took a little more time. Sometimes it took a little more money. But we got everyone there, and we’re all crazy proud of Tent Sale and what it represents, as well as what we’re capable of coming out on the other side.

And what sort of tools were you working with?

It was important to us to use industry standard software, which, luckily, so many people have access to these days. This was especially true with everyone working remotely through the pandemic. So on the creative side, the art department used Photoshop, while the boards were done in Storyboard Pro and animation done in Harmony.

Were there any major challenges or triumphant moments during production that have stuck with you?

As for triumphs, I pointed out how excited I was to realize we used so many women to make this short. That includes a first-time art director, Amanda Turnage, who stepped up in a major way that we knew she was capable of doing. We also gave a number of folks their first time in a production pipeline as our mission states, which they say gave them invaluable experience. 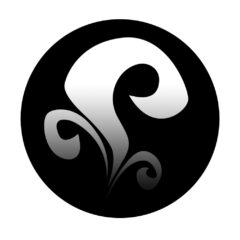 Additionally, as we rounded the final corner of the short and gave other industry pros, press and executives exclusive looks at Tent Sale, the response came with extremely high and flattering praise, which was more validation than we hoped. The most unexpected of those responses were from a few executives asking for the rest of the show pitch — haha!

But the challenges were not very many. There were a couple of normal hiccups any production might face, but maybe the thing we didn’t expect was having to take a number of our leadership’s individual experiences and figure out how to streamline into a singular pipeline. How do you quickly and effectively take the best that all the top studios have to offer, and use it to inform something brand new but familiar? Not an easy task while moving full steam ahead. On the other side of it though, we have infrastructure in place to accelerate!

Who were the “animation heroes” that inspired you in your own career?

I’ve always been driven to comedy and action equally as an audience member. But the thing that drove me toward my career as a storyboard artist, was my desire to draw jokes with a mastery of comedic timing and big emotional drawings like classic Looney Tunes, Tom & Jerry and Hanna-Barbera cartoons like Droopy, so I grew up devouring the work of heavy-handed cartoonists like Tex Avery. In a more contemporary space, I was a huge fan of Spumco artists like Vince Waller and Bob Camp, who I felt captured a lot of the same qualities as Tex Avery. In fact, as a huge fan of the original Ren & Stimpy Show, working on my first industry show, SpongeBob SquarePants, I was secretly, like, just beside myself going to work everyday with my personal animation celebrities like Vince, Tuck Tucker, Alan Smart, Teale Wang, Doug Lawrence and others who came from Ren & Stimpy, Rocko’s Modern Life and other ’90s cartoonist-driven shows.

What is your take on the current state of talent diversity in animation?

I honestly believe the industry wants to change. I also think there is a desire from the consumer for that change, which motivates some of the decisions made at the larger, established studios. However, change can happen only so quickly at those levels. That’s not a knock on the industry, it’s just the way it is. You can’t really turn a pirate ship on a dime. It takes a lot of planning, strategy and execution to implement those changes properly. That said, working in the larger studios, I can see first-hand how those changes are being made to diversify the talent.

Will it be enough? Uh, sure. Will it be fast enough? Well, I think here halfway through 2022, we have that answer, and that’s why Smokescreen is here. 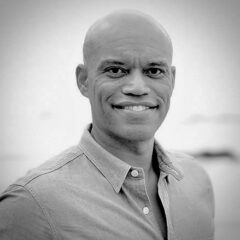 And that is important to Chase and me because we feel that there’s been a number of opportunities for the industry to “get it right,” and they haven’t. It’s not enough to show a marginalized person in the lineup of characters on a show. To bring authenticity to those characters, stories, themes, relationship dynamics, etcetera, to audiences who’ve been longing to see themselves included and spoken to, it’s going to feel a lot more organic and hit closer to home if largely told by the people living those stories. It’s pretty much the same phenomenon where people feel uncomfortable when they don’t see themselves included in some way and say, “Well, this isn’t for me,” but in reverse. And by the way, here’s the not-so-secret, secret about shows containing marginalized folks that aren’t made by them: we can tell!

How do you hope Smokescreen’s model affects the larger industry?

We see Smokescreen as an opportunity to literally change the face of animation both on screen and behind. By providing a “boot camp” for individuals to level up rapidly and effectively, we can remove the hurdles that have been in their way for decades. This way, once they’re trained and vetted by us, we can hand them over to the major studios when those producers ask if we know of anyone available to fill a spot. So, even if no one attempts to replicate our model, we can still help move the needle for animation in some way.

Now that you have completed Smokescreen’s first short, can you tell us what’s next?

We have several projects that we are developing, both internally and for streaming services. Because they’re being discussed right now, I can’t get into specifics — but I can say that we are further along as a company than either Chase or I had dreamed we’d be, and the response to our vision, as well as the response from those who have seen Tent Sale is beyond our expectations. We’re really excited about the way our studio, our work and our projects have been embraced.

What is your best advice for the aspiring animators out there?

All my experience has led me to believe two outlandish things:

Learn more about Studio Smokescreen and its projects at studiosmokescreen.com.