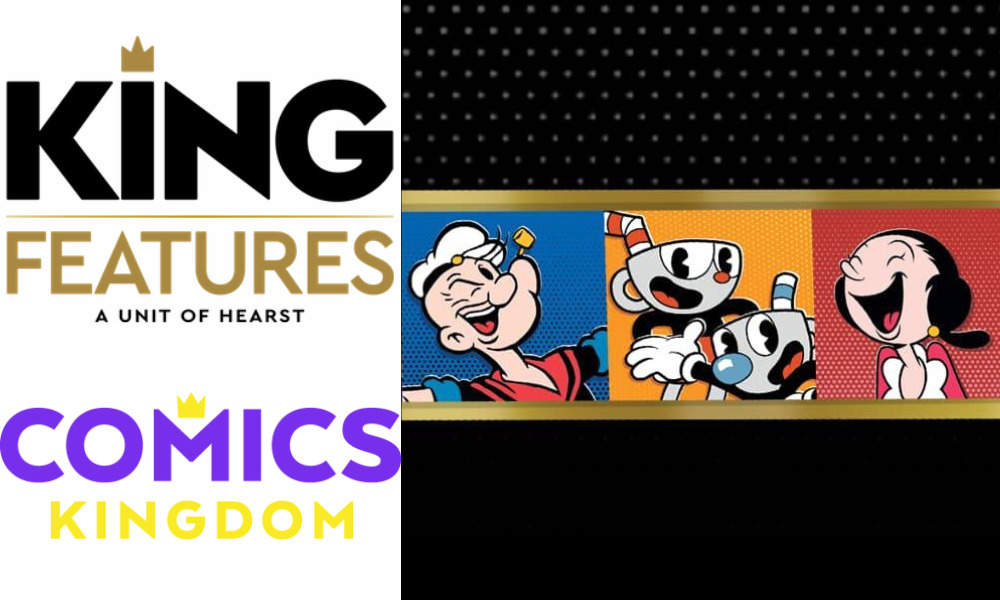 King Features Syndicate, home to some of the world’s most popular entertainment characters, today announced a new comics collection in development: The Animator’s Attic, celebrating the shared history of comics and animation by inviting animators to share a sample of the comics and cartoons they created before becoming well-known animators.

The company is sending a delegation to next week’s Annecy International Animation Film Festival to meet with animators in search of additional participants for this visual storytelling showcase. Ahead of the big show, King Features’ President CJ Kettler and Editorial Director of Comics Tea Fougner shared some wisdom from their inkwells of experience:

Animation Magazine: What was the spark that got King Features started on The Animator’s Attic showcase? How long has it been in the works? 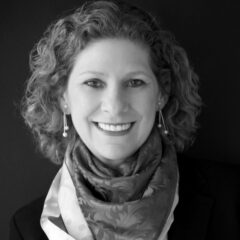 CJ Kettler: As we were completing production on the first season of The Cuphead Show!, we were hearing from so many of the creative team that comics were the spark that first made them interested in animation. No doubt, there is direct correlation if not an evolution between the animation and comics industries, and we think we can bridge that at King Features. We are also avid followers of the animation community on Twitter and have seen some early illustrations from animators that are just amazing. By creating this new Animator’s Attic concept, we feel we can both provide a way for animators to showcase their early inspirations and provide fans with an incredible look at the comic inspirations that paved the way for the animators working on shows that have hbecome part of pop culture.

At this time, can you reveal any of the artists participating in the collection?

Kettler: We are just finalizing some early agreements, that we hope to reveal in the coming weeks. But this is an open call to action to invite animators to go to their attics — or basements, or home offices — and unearth their hidden gems that deserve to be comic fans everywhere.

Who are some of your favorite animators who also make comics? 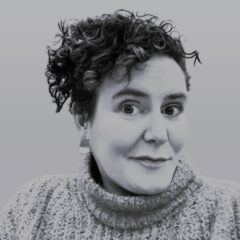 Tea Fougner: This is a tough one! So many! If you go back in history, some of the pioneers of animation were also cartoonists. I have a special place in my heart for Winsor McCay’s Gertie the Dinosaur, especially, and I’d be remiss if I didn’t mention Joe Oriolo, who worked on both comics and animation for Felix the Cat!

Looking at current animation professionals, Hamish Steele (the upcoming Dead End: Paranormal Park) is one of my favorite cartoonists working in animation. I’m also a big fan of Shan Horan, who is a cartoonist, storyboard artist and background painter. And I’d be remiss if I didn’t mention amazing animation writers like Taneka Stotts (Pinecone & Pony) and ND Stevenson (She-Ra and the Princesses of Power) who both got their start in webcomics!

Would you say that working in comics creates stronger animators (or vice versa)?

Fougner: I think working in any form of sequential art can teach you something about other forms. Many animators started their careers by creating a comic in their early days whether as far back as high school or college. Comics are essentially a storyboard . I think making comics can help animators develop an extremely good sense of pacing and comedic timing, and animating can help a cartoonist think about how to bring motion and dynamic framing into a still comic. 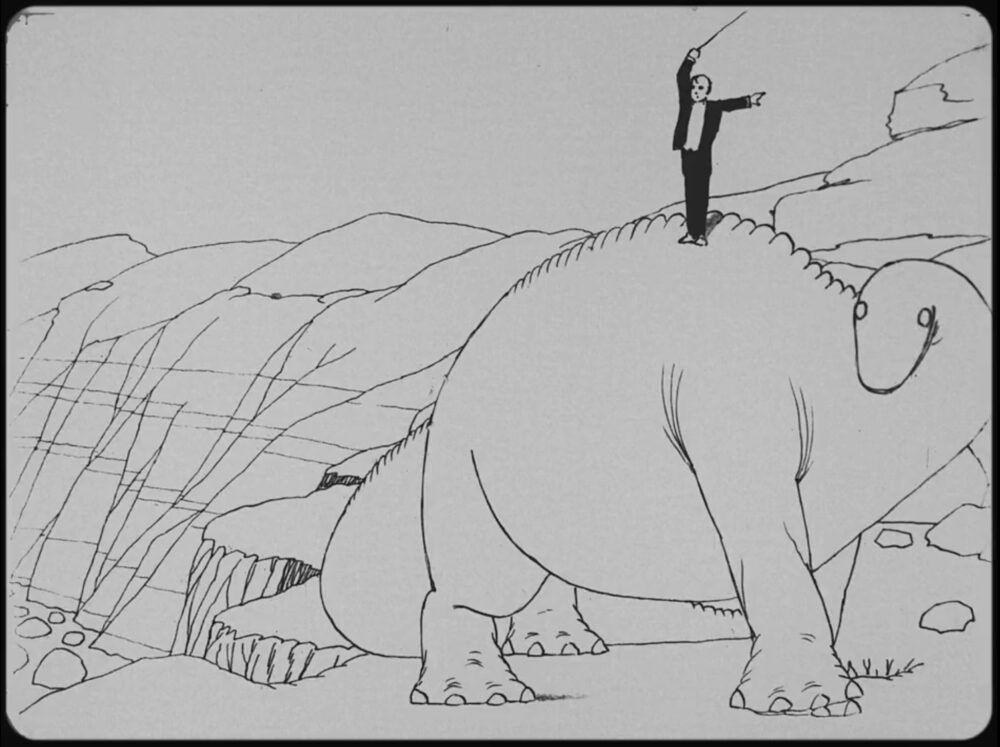 We hear King Features will be meeting with artists at Annecy to find contributors for the Attic — what sort of ‘green lights’ do you look for when recruiting artists and creators?

Fougner: This project is really about celebrating the close relationship between these two art forms, so I’d say anything goes! We are looking to learn from people who are enthusiastic about both comics and animation— who understand that the two art forms aren’t interchangeable but do have a shared history that continues to inspire creators across all media. Overall, opportunity to introduce new audiences to new talent from around the world is core to our mission at King Features.

Fougner: Honestly, read comics and watch cartoons! A tough life, I know … but the best way to learn is to absorb as much as you can. Don’t be afraid to study like you’re studying fine art — do your own studies of comic panels or animations that impress you, deconstruct animated sequences shot for shot into your own storyboards, or redraw a comic page with just the script for reference. Break down anatomy, movement, color and lighting! You will learn so much.

Despite the encroachment of digital media, CGI, etc., comics and hand-drawn animation seem to be more popular than ever. What’s your take on the current scene, and why do you think these media resonate so strongly with audiences?

Kettler: At King Features, we love hand-drawn-looking animation — we are enormously proud of the classic 1930s style of animation in Cuphead — and we are developing content for CGI. Each IP franchise inherently will dictate which style of animation will work best. That said, digital media, when used well, doesn’t encroach on art; it enhances art and creates the possibility for new art forms. Armed with tools that make it easier to create comics and animation, more accessible platforms like Comics Kingdom, and crowdfunding infrastructures that allow creators to rely on fans to support their work — there are more gateways to success than there have ever been before for independent creators. 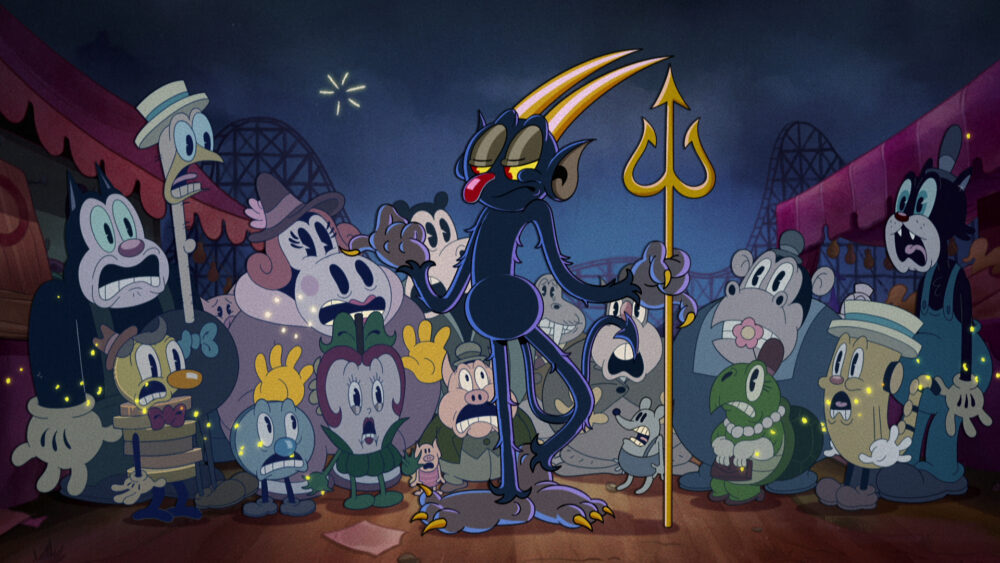 The Cuphead Show!(image courtesy of Netflix © 2022)

The Animator’s Attic is expected to launch later this year on ComicsKingdom.com, with new hidden gems being unearthed on a regular basis.

King Features (part of Hearst Newspapers) is a premier producer & distributor of globally recognized IP and a leader in classic character licensing and franchise development, with a portfolio including  Popeye®, Cuphead, Flash Gordon™, The Phantom™, Hägar the Horrible, Moomin, Prince Valiant® and Mandrake the Magician. King Features is currently producing The Cuphead Show! with Netflix Animation.