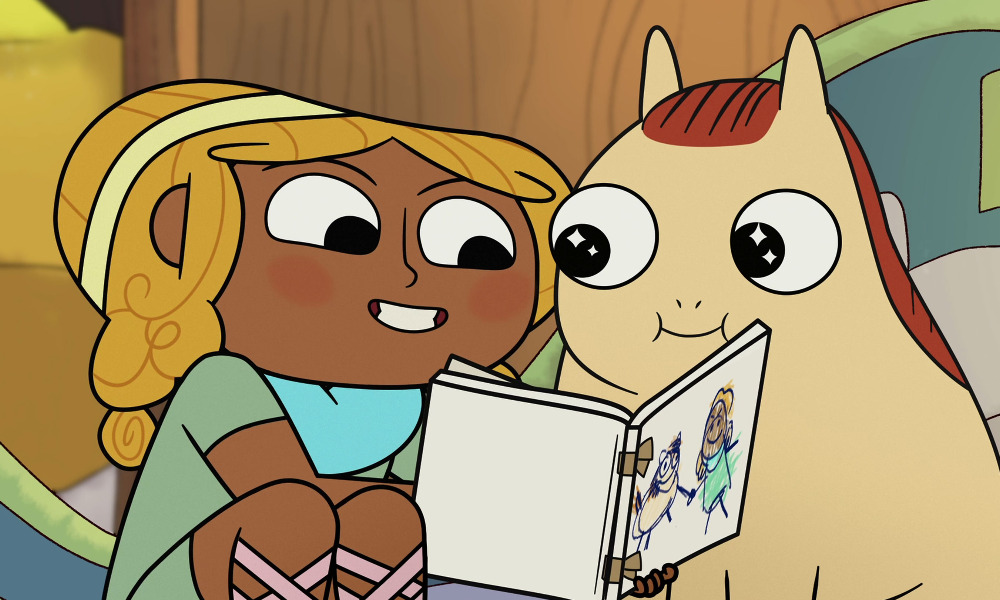 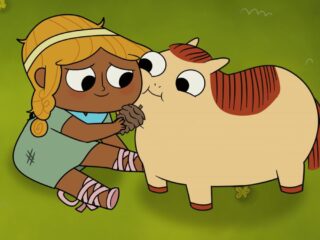 The arrival of the new animated show Pinecone & Pony on Apple TV+ in April was one of the sweet surprises of the past season. Based on the acclaimed picture book by Kate Beaton, The Princess and the Pony, the show centers on a very unconventional heroine who along with her best friend discovers new ways to be a powerful warrior. The stereotype-defying show was adapted by animation veteran Stephanie Kaliner (Odd Squad), and features the voices of Maria Nash, Chase W. Dillon, Rachel House, Thom Allison, Alicia Richardson, Andy Hull and Viola Abley. The animation was produced by DreamWorks Animation, Atomic Cartoons and First Generation Films.

The show’s story editor is Taneka Stotts, an Emmy-nominated TV writer and comic-book creator and publisher, whose credits include Young Justice, Magic: The Gathering, My Little Pony: Pony Life, Craig of the Creek and Steven Universe Future. She was kind enough to answer a few of our questions about the show, her career and the changing impact of representation in animation:

Animation Magazine: First of all, congrats on the show. It’s charming, funny and delivers a wonderful message. Can you tell us how you got involved with the production? 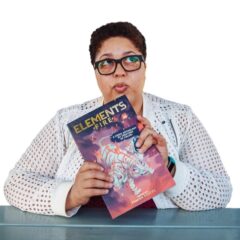 Taneka Stotts: I joined the team in February 2020, right after wrapping up my work on Magic: The Gathering. I really loved the premise of the show because, for the first time, I saw myself clearly in a TV show. I had already been a fan of Kate Beaton’s book, which was about different ways of being a warrior, which I thought was unique and fun. However, once the show was getting started, it was being expanded upon, and we were able to push it to unexpected territories. The stories we are telling might be traditional in terms of the narratives, but they also take a slight deviation on some of those and give you something that’s a little bit harder to digest, both as a kid and an adult.

Earlier on, it was me and [exec producer] Stephanie [Kaliner] working together pretty much 24/7. We had a few summits with our freelance and staff writers. The producers even went as far as changing some of the rules within the Canadian Writers Guild to get me in so that I could be credited as a guild member while working on a Canadian production. It was really beautiful and it just went to show that studios are very capable of these things if they push for it. In addition, you have to keep in mind that they also went the extra mile of giving you a show that is not just the same kind of comedy-action hybrid that some feel we’ve been inundated with lately. This one was going a little bit deeper and asking us to really pull out a bit of emotion, and allowing us to have those quieter moments — moments where Pinecone cries or when Pinecone is really pumped! We all approached the show with the idea that we wanted to make the show for today’s kids. That meant that we would push back on our own nostalgia a little bit. 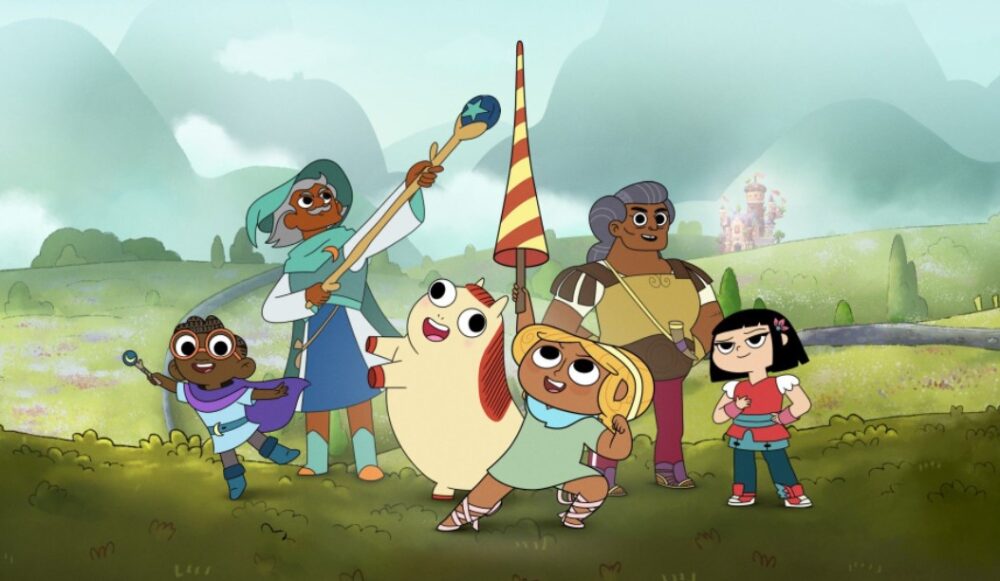 What made this show special to you?

First off, it was taking what I’ve always loved throughout my entire life, which is mythology, creation, stories, pixies and goblins. There’s this medieval approach mixed with this fantasy, indie approach, and it gives me the best of both worlds because it’s a sandbox where everything is not finalized. For example, I remember pitching the idea that tortoises are actually really evil. They can mess you up. And when I was doing that, I was trying to explain that in other parts of the world, tortoises are very strong animals that are very terrifying. So we were taking some global truths and mixing them up with myths, fairy tales and fables and kind of mismatching them a little bit. So it was a very ultimate mash-up project.

I was really proud of the direction that everybody stirred the show along. We did mention Miyazaki quite a bit, so it was also about taking things that we love and recreating them. It’s not about just paying homage: There is a way to take those special moments and then to add on to them. You are actually heightening the moment, while also giving respect to those who inspired it.

What kind of feedback have you received from the show since its debut in April?

We’ve gotten quite a few kids drawing the characters. They’re very adorable and they send me to the Moon. A lot of parents have been gravitating towards the series and have given us a lot of good feedback. I think we realize that we have to be organic about the show and really just let the voices speak for themselves — and don’t just try to do one ham-fisted joke after joke. Instead, you need to have the plot be the plot, and allow the characters to shine in those special moments. From what I’ve seen so far, a lot of people would really like to push the show even further. After all, we want it to be a reflection of our life experiences; These are our coworkers. This is my aunt. That’s my nephew. This is my grandma. 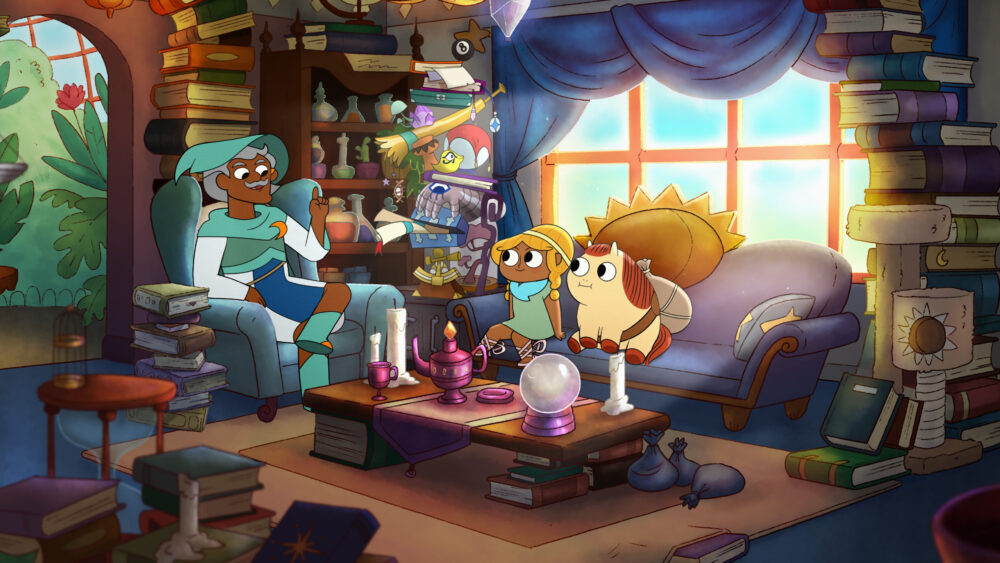 About two years ago, you and I were talking about diversity and representation in the animation world. Things are a little better now. What is your take on this issue and where do we go from here?

Yes, first of all I want to give a shout out to Jorge R. Gutierrez and Maya and the Three! As far as the animation landscape becoming what it was supposed to be — which is a world of collaboration, integration and just our imagination — I finally feel like we’re breaking that threshold and we’re finally not just committing to making space, we are making the product from that space. That’s even better than just saying, oh, we have another program that we’re setting up to make another initiative, make another council, to make another crew, to make another show that may or may not get on TV one day. Today, we’re actually seeing it happen. I don’t see us stopping or regressing in any way. I see us finally coming in, committing to what we had been saying we were going to do for so many years, which is actually making the content and seeing how people respond to it, which has been incredible.

Where do you see these efforts lagging?

One thing that I got to experience in a positive way on Pinecone & Pony was that I was able to bring in a few new writers who didn’t have a lot of animation experience. For example, GGDG is a writer and creator of the webcomic Cucumber Quest and they also did the She-Ra and the Princesses of Power graphic novel. They’re an excellent writer and artist. I just had to tell the team that they needed to take a chance with me on this. There was no negative. Everyone became a fan, so it was really easy. After that, I was able to add another non-binary writer and an Indigenous writer to the team. You know, everybody says that they’re looking for these voices, but because these new voices don’t have a credit, they’re usually not given the time of day. People should be taking the chance to get to know this person and then bring them on and see what they’re capable of by giving them the actual space to exist within it. 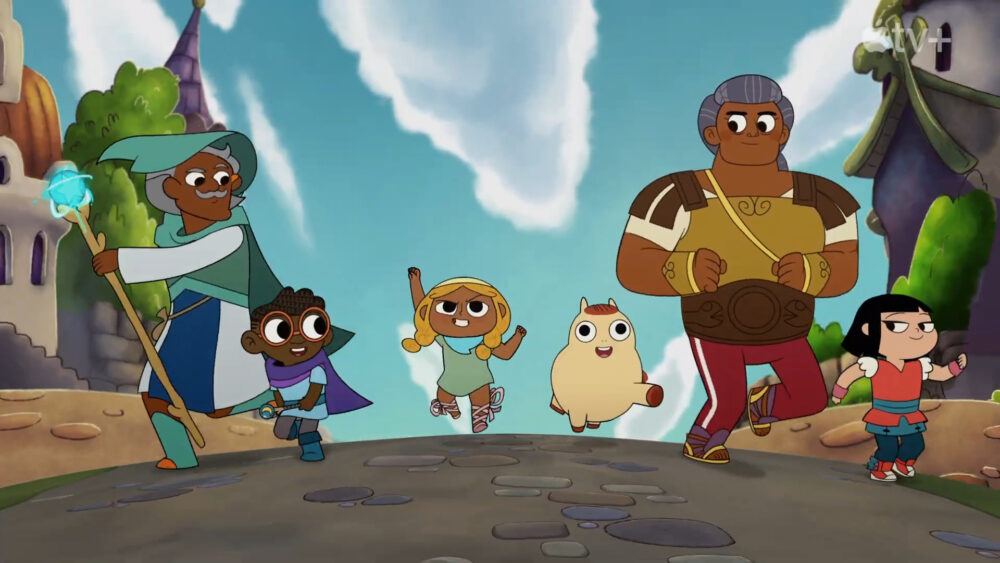 Of course, it wouldn’t be an interview without Taneka offering some helpful advice on thriving in the animation business!

One of the things that I tell people who are getting ready for this industry is to have their confidence ready. I don’t mean that you need to be worried about getting fired every five seconds. You know that this is something you want to do. All you need to do is be yourself. You’re already at a level of creation, a level of communication to give your stories to other people. So, you need to push it the rest of the way. Also, read scripts — all sorts of scripts, bad ones, good ones and everything in between. Things of the genre that you don’t really have anything to do with. It’s also about being able to communicate with people on a collaborative basis. You need to communicate your ideas and understand how to do it succinctly, cleanly and without offending someone who also has an imagination. Someone who will also take your words and carry them in different directions that you never imagined!

You can watch the first season of Pinecone & Pony on Apple TV+.