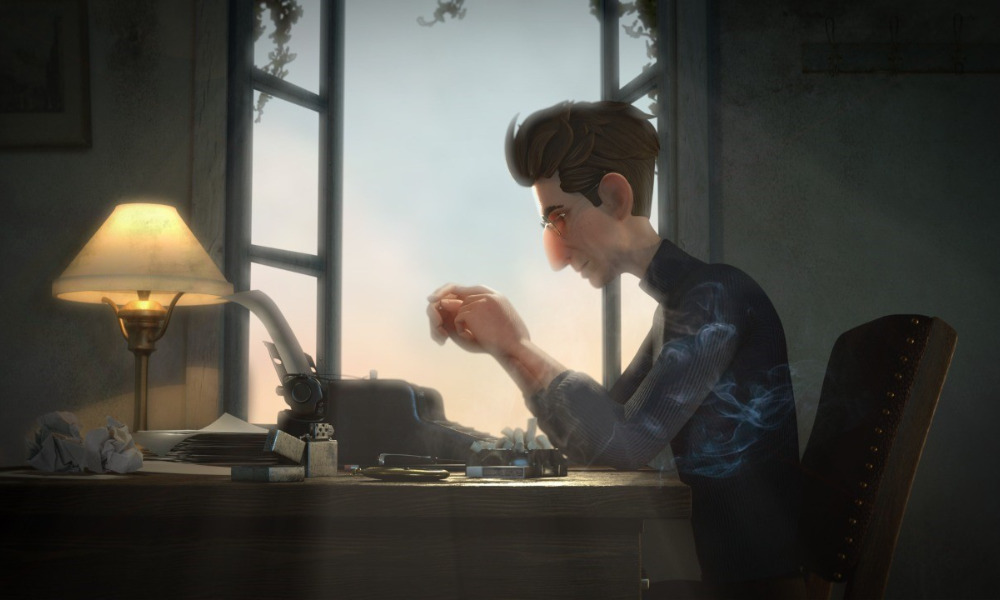 Actor/writer Jonathan Penner’s upcoming animated short Dede and Sam centers on the charming friendship between legendary wrestling star and actor Andre The Giant (André Roussimoff) and his neighbor, the iconic playwright and author Samuel Beckett. The CG-animated project, which features the voices of Penner’s college friend, actor Cary Elwes (who was also Andre’s co-star in The Princess Bride) and Jason Alexander (Seinfeld), is produced by Dannie Festa and the team at Chilean studio Poston Digital Arts. Penner and Festa were kind enough to give an exclusive first-look at this intriguing short, with a few insights from Elwes as well!

Animation Magazine: Dede and Sam sounds like quite an unusual and intriguing project. Can you tell us a little bit about how you each got involved with this short?

Jonathan Penner: Dede and Sam is based on a kernel of truth we air-popped into life. The greatest playwright of the 20th Century, Samuel Beckett, had a writer’s retreat in the same town where the greatest wrestler ever, Andre The Giant, lived when Andre was a kid. They actually knew each other and the fact that these two theatrical titans were palling around and speaking to each other was magical and irresistible for me. It started cooking in my mind as soon as I learned of it.

Dannie Festa: I instantly connected to this story. I loved the characters, I loved the setting. It came to life for me in an animated world. We have a giant child living in a world that doesn’t understand him. We have a writer with tremendous writer’s block. It’s just a matter of opening your eyes to see what’s possible and our animated world is a window into our character’s emotions.

What made you want to tell this story in animated form rather than live-action?

Penner: The story we’ve cooked up, though not magical, is filled with both characters’ imaginations and inner lives … animation just seemed the most expressive way to put over a heightened world of the past and of their great creativity.

Can you tell us a little bit about Poston and its projects?

Penner:  Poston most recently produced the animated short film The Boy and the Mountain (El Niño y la Montaña), which has won 308 awards in 70 different countries. Currently in production: A Like for Christmas (Un Like para Navidad) is the first feature produced by Poston. The film is aimed at the Latin American market, including Mexico, and includes animated 3D sequences which make up 20 percent of the movie. We are very proud and excited waiting for the release of the movie, as it is one of the most important projects of its kind to come out of Chile to date.

Also in development: the futuristic thriller Last Request, and we expect to start production this year. This film will use a 2D/3D animation technique which we have dubbed “Latanime.” And the animated series Sumo Ninjas. The series is in its pre-production phase and includes animated characters confronting situations centered around love, hate, self-discovery and the environment in order to target a YA audience.

Poston has thrived making content for markets all through South America and the rest of the Spanish-speaking world, doing effects, commercials, credit sequences and the like. They were passionate about expanding their footprint and wanted to work on something purely narrative that might speak to audiences outside their usual purview. They’ve been incredible partners.

What animation tools are being used at Poston?

Poston Digital Arts: Depending on the stage of the project, we use Illustrator, Photoshop, Moho and Clip Studio. Our animatics are edited in Premiere, produced in Blender 3D and rendered in Redshift; Nuke 13 for composition, DaVinci Resolve 17 for color grading.

Dannie mentioned how Jonathan is bringing a very cinematic look to this project. Can you elaborate on that?

Penner: I have never done an animated film before. My background is in theater and live action. (My wife, Stacy Title and I both got Oscar nominations for a live-action short we made years ago, Down on the Waterfront.) The good news is I don’t know what’s impossible to ask for or manifest. The bad news is I ask for stuff that’s probably a big pain in the ass to deliver. But between influences like Beckett’s work itself, the French films of the time like Eyes without a Face and The 400 Blows, and the glories of the French Alps, we are creating something I hope will be very beautiful and fun.

Festa: Jonathan’s background as an actor has also played a huge role in this film. He will often act out the scenes, which is not only super helpful but also incredibly hilarious. Sometimes we record him when he does this and send it to the animation team. 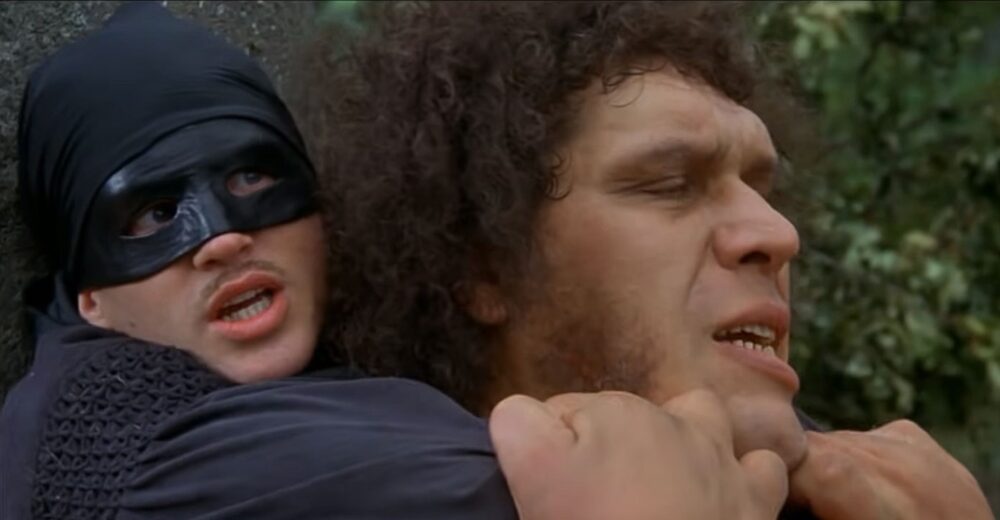 Can you tell us a little bit about the voice casting?

Penner: Well, Cary Elwes is one of my oldest friends — our rooms were next to each other freshman year of college. He told me about the Andre-Beckett connection and is playing Beckett; beautifully, I must say. Jason Alexander is my cousin through marriage and he’s playing Dede’s father.

Cary Elwes: I’ve known Jonathan Penner since college, and since that time we have always shared a desire to work professionally together. He approached me with this wonderful animated project, Dede and Sam, loosely based on the story of Andre The Giant’s relationship with famed Irish playwright Samuel Beckett in France. Andre actually related this story to me while we were filming The Princess Bride, which I shared in my memoir.

What is the short’s estimated running time?

Penner: We’re shooting for 12 minutes, but it might come in a little longer if I can’t kill some darlings!

Festa: …Some darlings will be killed. 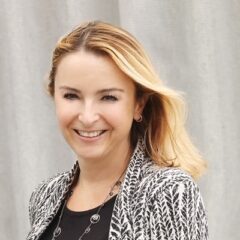 What is your take on the animation scene in Chile?

Festa: Since I started my company, I have been looking for ways to work more in Chile. I find that there are a lot of talented people who want to work in animation, but can’t do it on a full time basis because the pipeline isn’t big enough. Most companies have to supplement with VFX and commercial work. It is one of the reasons why I left. My goal is to bring more animation work to Chile and help build that pipeline so that the youth can have careers in the arts and in animation. We hope that this project will bring more attention to Chile. It’s a labor of love for me.

What do you hope audiences will take away from the short when it’s finally ready to screen?

Penner: Ideally, they are first transported to a world where some adults and some children live in dreams, grow up and then live their dreams. And in the end, when they see these two characters were real people who led absolutely extraordinary lives after they touched each other … Well, hopefully people will take their own dreams more seriously!

Elwes: This wonderful short takes a look at how hard it was for Andre growing up, being as big as he was as a young man approaching puberty. Not being able to fit in both physically and emotionally, and subsequently being bullied a lot as a result. This story focuses on the point in his life when he meets Beckett, who befriends the young boy and gives him the confidence and courage not just to be himself, but to truly express himself.

I am delighted with the way the project is turning out and the message it will send to kids about bullying and standing up for yourself. Important themes that will always resonate. I am also enamored of the whimsical nature and the artistry of the filmmakers behind this piece. It’s a real pleasure to work with Jon after all these years on something that happens to be close to my heart.

Festa: Sometimes, unlikely people change our lives in ways we never expected. Both of our characters must believe in themselves and find inspiration to find their destiny. Their friendship is the spark to a remarkable journey.