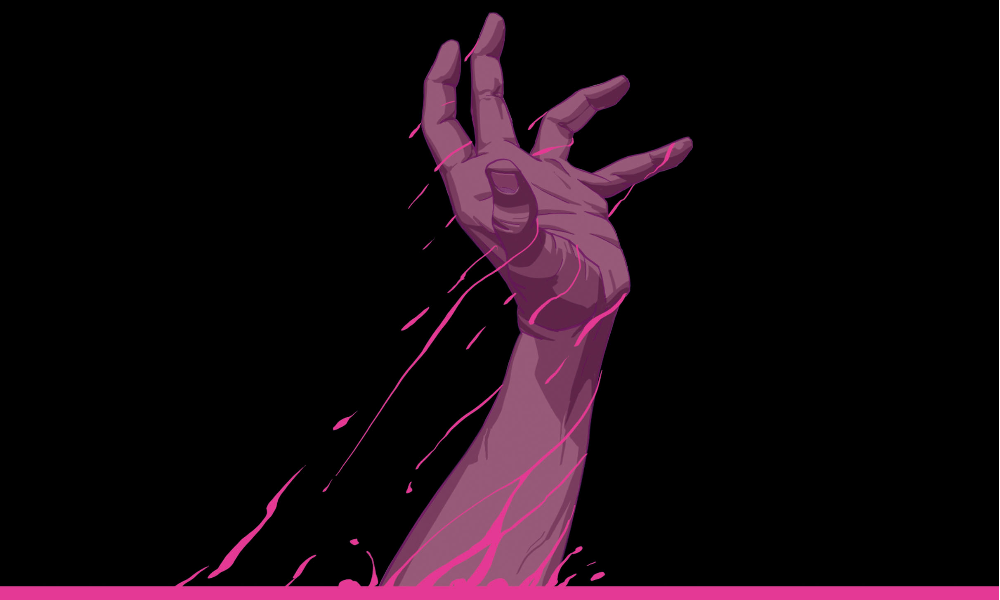 Xilam Animation Founder & President Marc du Pontavice is bringing this new animated feature The Migrant to the Cartoon Movie event in France next week. This follow-up to his Oscar-nominated 2019 movie I Lost My Body is directed by Kan Muftic (an artist who has worked on features such as Guardians of the Galaxy, Mowgli and the this year’s Zemeckis-directed Pinocchio) with a screenplay by Vivienne Harvey (Harlots). The powerful storyline follows a young pregnant Syrian woman who embarks on a harrowing journey to Europe after her husband is killed. We had a chance to catch up with du Pontavice about his new movie, which is being slated for a 2024 release: 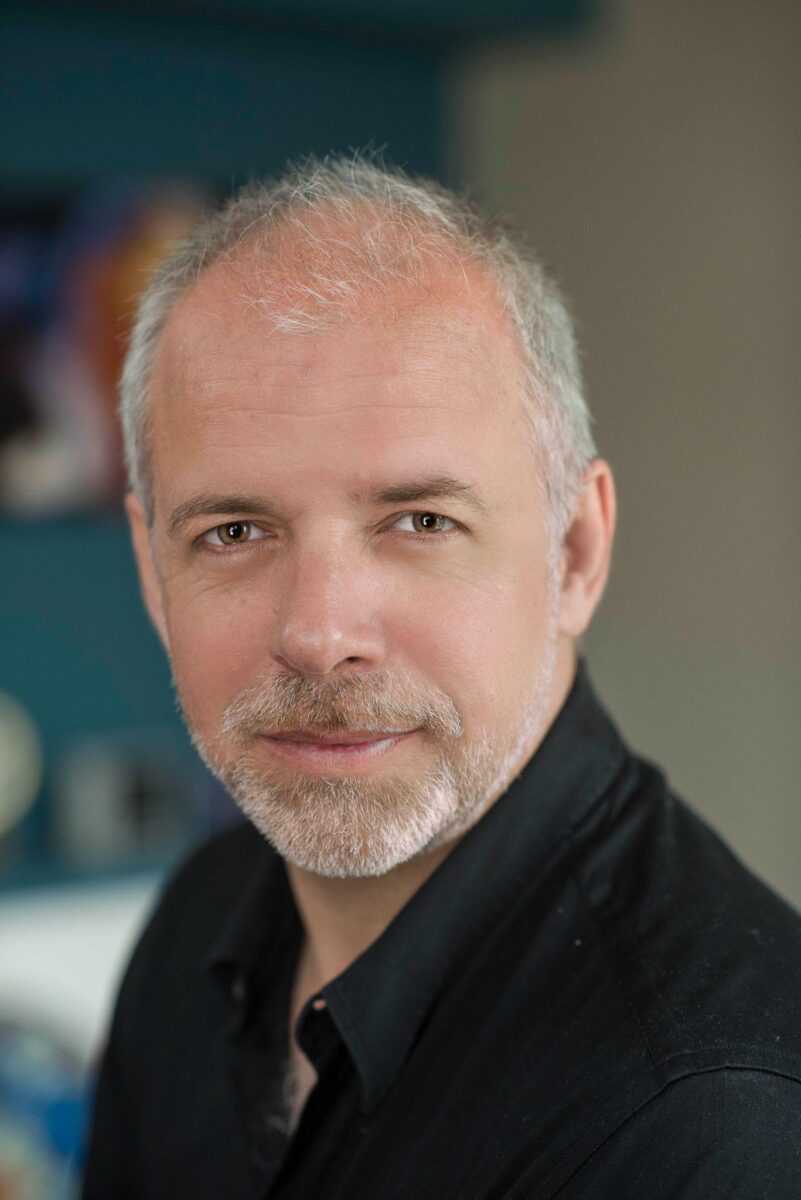 Animation Magazine: Can you tell us a bit about how you got involved with this project?

Marc du Pontavice: Kan Muftic, who created the story of The Migrant and is also directing the project, contacted me right after he discovered our first feature, I Lost My Body, as he felt I could be the right producer for this project.

What attracted you to this powerful story?

At that time, The Migrant was just a five-page synopsis, but the strength of the vision was undeniably there. I loved the uniqueness of using a horror angle to approach a story of immigration. I always feel that describing a collective tragedy through traditional fiction can be quite risky — so finding a strong but sensitive approach will be vital to its success.

How did you come up with the visual style for this project?

It was very much Kan who created the initial art direction for the characters and then the Xilam team came on board to bring animated depth to Kan’s world.  Kan and I very quickly agreed that a final rendering in pictorial 2D would make this story most visually impactful, as well as bearable for audiences.

When is the movie being slated for a release? 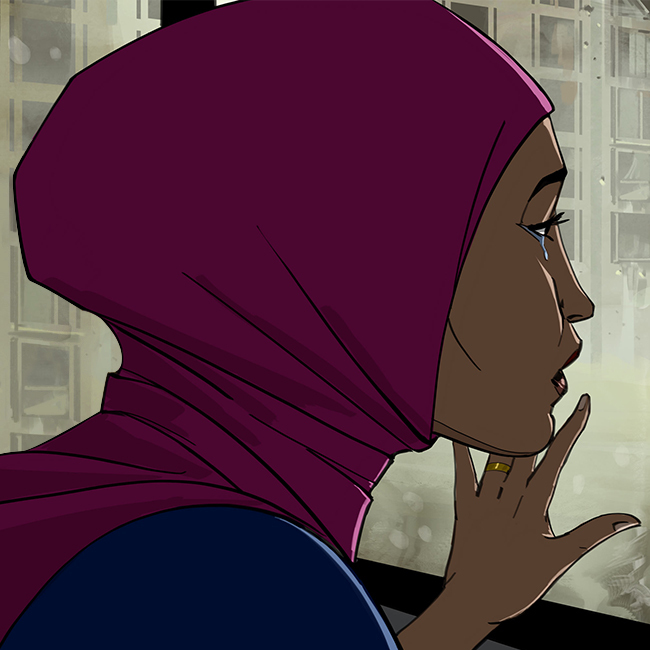 What would you say is the most challenging aspect of this movie?

The scope of this story goes far beyond the fate of a fictional character. We can’t pretend that the viewer is going to fictionally experience such a harsh reality, as we have a responsibility towards those who suffer the dangerous conditions of migration – which also feels particularly crucial and pertinent given current events in the world.

So it’s all about eliciting a response from the audience and helping them understand the horror of the devastating migration conditions and the courage it takes to endure them. This brings with it a three-fold challenge: Firstly, on a cinematography level — how do we film 10 refugees on a lost boat for half the movie length? Secondly, there’s a political question to address about how so many people look up to Europe even when it closes its doors to refugees and migrants. And finally, there’s a metaphysical challenge as this journey explores the extreme battle between life and death — between the forces of destruction and the indestructible spark of hope that makes us all human.

Where is the animation being produced and which animation tools will be used?

We’re planning to use a similar animation process to I Lost My Body — rough animation in CGI through Blender and finalization in 2D with Grease Pencil. 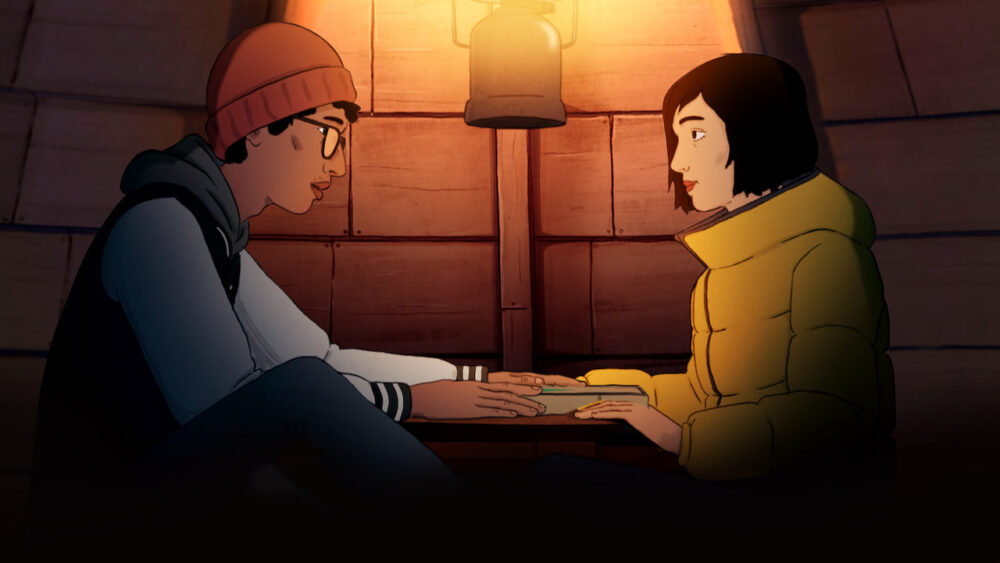 What lessons did you learn from I Lost My Body that you will apply to this movie as well?

The script isn’t the final form of your story structure — animatic will be the ultimate judge of that. You should always try many different ways of building the story at this stage and if you don’t have full confidence in your project, you then need to go back to the script.

What is your take on the power of animation to tell grown-up, sophisticated and important subjects like the plight of refugees worldwide, racism and the political turmoil around the world?

Animation is a medium, not a genre, which gives the possibility of telling any kind of story. However, it’s certainly an interesting art form to consider when it comes to shining a light on political issues, such as the plight of refugees. One reason is that in staying away from live action, it makes the representation somewhat more bearable for audiences, but also less simulated as it doesn’t pretend to be real. On the contrary, it stimulates viewers’ imaginations so that they make their own way in bridging the gap between the animation and the reality.

The Migrant is one of the animated feature projects pitching at Cartoon Movie this month; find more info here. For more about Xilam and its other popular animated projects such as Oggy and the Cockroaches, Mr. Magoo and the new show Where’s Chicky?, visit xilam.com.