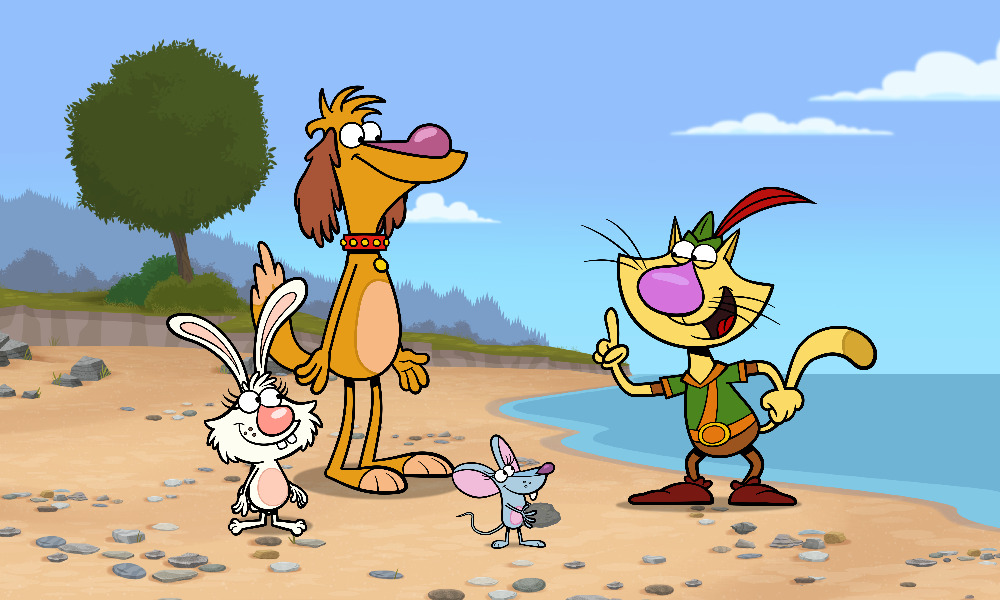 We had a chance to speak with Adam Rudman and director Lisa Whittick (who began as a storyboard artist and is directing for the first time this season). Here’s what they shared with us: 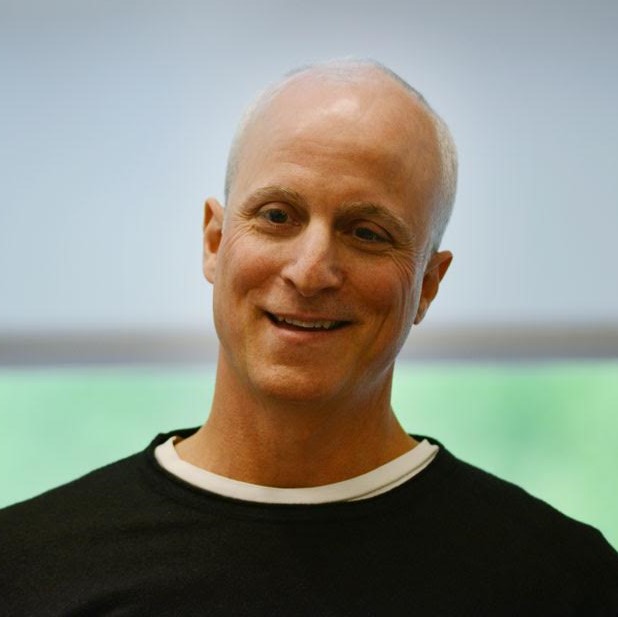 Animation Magazine: Can you tell us a little bit about the origins of Nature Cat, and how you came to create the show?

Adam Rudman: My brother David and I created the show along with longtime collaborator Todd Hannert. We were brainstorming on what our next show could be and noticed our children were not as connected to nature as we had been as kids. We felt that might be a good curriculum hook, a show that encourages kids to get outside and fall in love with nature. And then when we stumbled upon the idea of a main character house cat who has dreams of going outside and being a nature explorer but is so ill-prepared to do so, we were off.

You have mentioned before that you wanted the show to have a fun, 2D cartoony feel… Can you elaborate on that?

Adam: David and I grew up on Looney Tunes and we have always wanted to do a show inspired by our love for those cartoons — wacky characters, sight gags, rapid pacing, some surreal humor. We felt our big idea and curriculum meshed with a Looney Tunes-influenced show. Once we pictured Nature Cat skipping through the forest playing a lute, we knew we were on the right path.

What are some of your biggest animation influences and favorite shows?

Adam: Looney Tunes, especially the Tex Avery directed ones. Buster Keaton’s shorts and films are also a big influence. Every TV show I ever watched growing up, from The Three Stooges to Happy Days to Fantasy Island to The Brady Bunch.

Lisa Whittick: Growing up with classic Looney Tunes had a huge influence on me and my appreciation for visual gags and timing. To this day, I still study episodes of Tweety and Sylvester as well as Roadrunner and Wile E. Coyote for inspiration. I’m also a huge fan of the new Mickey Mouse shorts for their clever cuts, incredible posing and simple designs.

How has the show evolved over the years?

Adam: We are fortunate that, along with of course wanting us to teach our audience, PBS also stressed that they want a really funny show. For the new season we pushed the comedy even farther — more physical comedy, sight gags, stretch and pull. And we really have broken the fourth wall this season, with our characters talking to camera, referencing they are on a show, and even pulling out scripts when they forget a line.

Lisa: The characters’ self-awareness has evolved a great deal over the years.  Back in Season 1, Nature Cat and his friends never broke character and  they rarely spoke to camera. Fast forward to season four and the gang is very aware that they’re characters on a TV show and will often pull out their scripts to look up a line, or ask a stagehand for assistance with a flashback. And we of course recognize that our young audience may be watching with a parent or grandparent, so we’ve sprinkled in a few more jokes and references throughout the show for them as well that we hope they’ll enjoy. 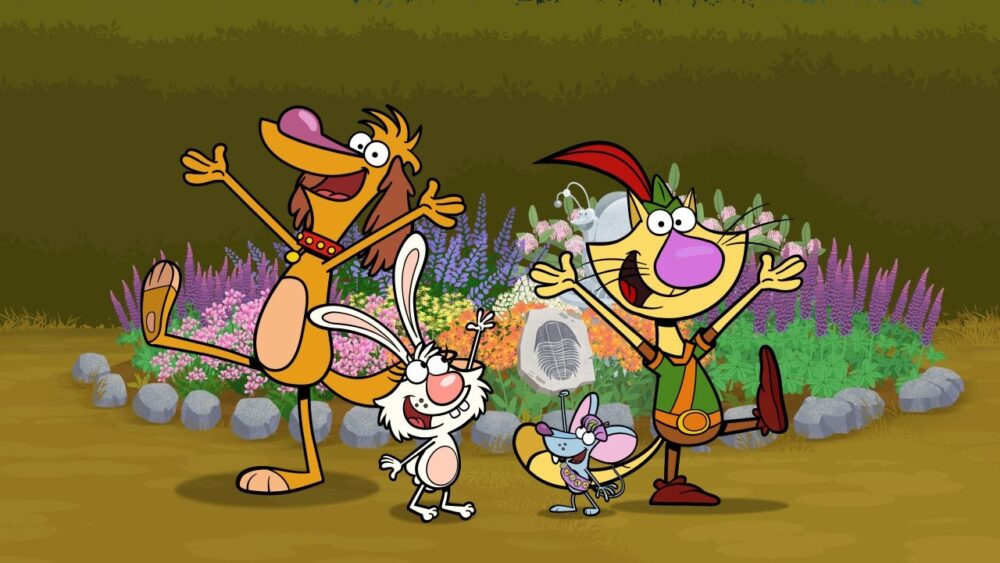 Can you tell us about the highlights of the fourth season?

Adam: The birth of the Nature-tastic 4! Get ready, there are some new superheroes in the neighborhood.

What do you love best about the show?

Adam: Everything — it’s too hard for me to narrow it down!

Lisa: I started working on this show from day one as a storyboard artist and have been with the show ever since. Nature Cat and I have grown up together through the years, so this show will always be very special to me.

What are some of your biggest challenges?

Adam: The biggest challenge for me is trying to get a funny, character-driven story with lots of heart, action and the curriculum into just 15 pages.

Lisa: Cutting our animatics down to time can be challenging because our voice talent is so incredibly funny. How do you decide what to cut when everything you have is comedy gold? 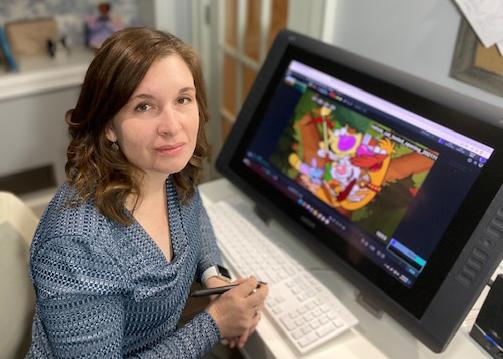 Can you talk a little bit about the fantastic voice cast of the show, who are all comedic heavy-hitters (with lots of SNL performers)?

Adam: One of the best parts of the show is writing a script and then turning it over to Taran Killum, Kate McKinnon, Bobby Moynihan and Kate Miccuci and letting them make it 100 times funnier! Our voice sessions are fast and fun. And it’s all because of the talent — they all are such strong actors and amazing ad-libbers.

Lisa: One of the highlights of directing Nature Cat is being able to work with the incredibly talented voice cast … Sitting in on the voice record sessions and witnessing how these talented actors work through their creative process is a huge source of inspiration for me which I carry forward into each episode.

What do you hope audiences will get out of the show’s fourth season on PBS?

Adam: We hope that our audience will just have so much fun watching, laughing and learning, and hopefully, also be inspired to become the next generation of environmental stewards.

Lisa: In addition to even more amazing facts about nature and the world around us, I hope this season our young audience will also learn a bit more about friendship, kindness and respecting one another’s differences.

What do you enjoy most about directing the show this season?

Lisa: As a director, I am so appreciative of the trust and freedom that Spiffy Pictures and PBS have extended to me and the team at Yowza! to really push the characters and gags into a more cartoony space this season. I also very much enjoy the creative collaboration aspect of the job and making sure that everyone on the team has a voice and gets to share their ideas in order to make the best show possible.

What kind of advice do you offer newbies who would like to get into animation?

Adam: Read as many scripts from your favorite animated shows as you can and watch the shows with a critical eye, noticing the pacing, humor, dialogue, story.

Lisa: Attending an animation school is a great place to start, not just for the course content but for the networking opportunities as well. Take advantage of job fairs and portfolio reviews that are offered at animation film festivals. Listen to any advice and feedback you get and apply it to your work. If possible, try to learn industry standard software such as Harmony and Photoshop. Animation is a very competitive industry, but artists who work hard, meet deadlines and learn quickly are always in high demand.

Season 4 of Nature Cat premieres on PBS Kids on Monday, May 9. A fifth season and two one-hour movie specials are also in the works. For more info, visit pbskids.org/naturecat. 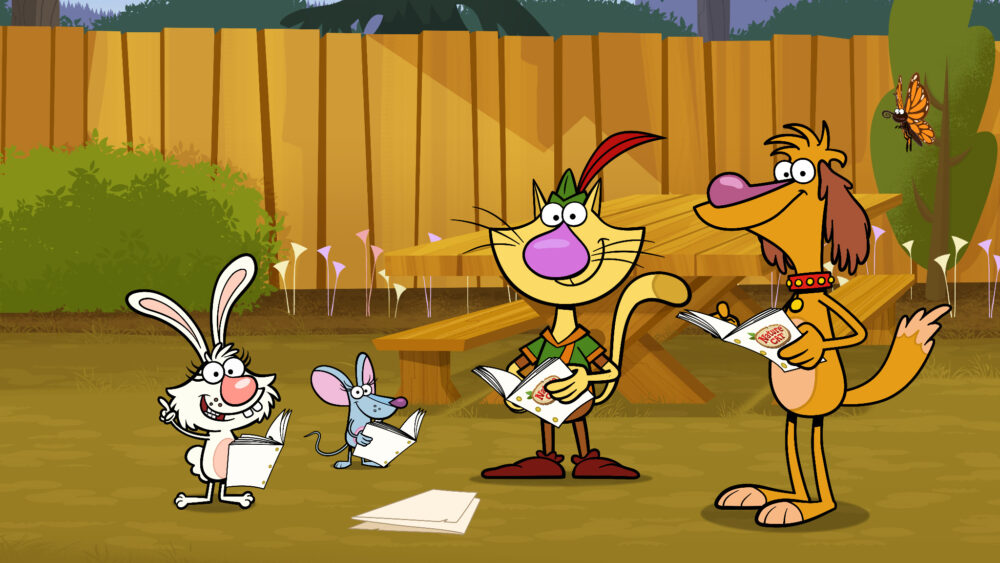