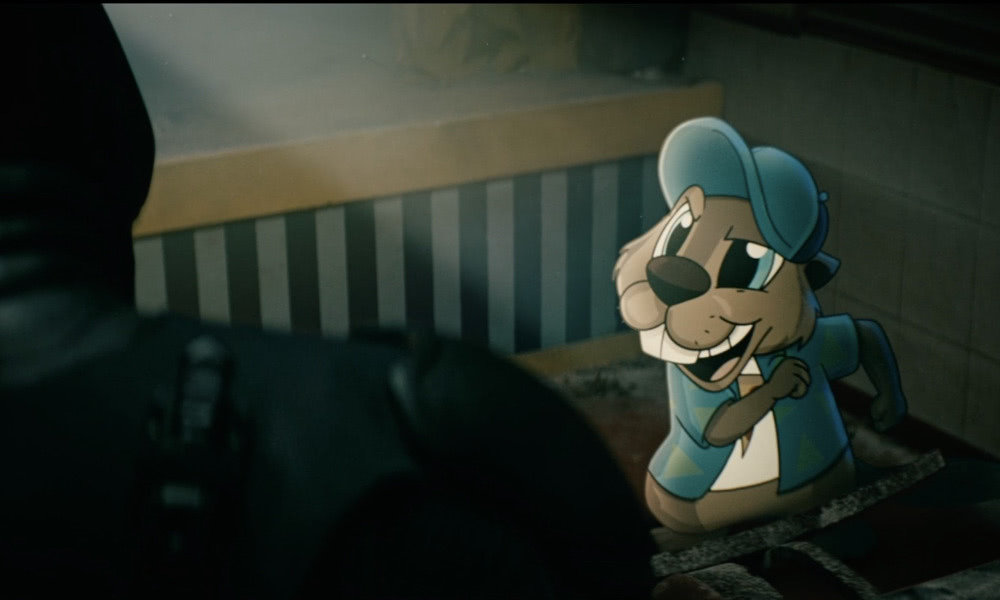 Among the many cool surprises of the third season of The Boys was the revelation of Black Noir’s (Nathan Mitchell) imaginary cartoon friends, which help him face his Soldier Boy fears in the seventh and eighth episodes of the Prime Video series. Six Point Harness’s creative director Musa Brooker, who oversaw the animation of these 2D toons for the live-action series, was kind enough to chat with us about the making of Buster Beaver and the season’s other unexpected animated delights: 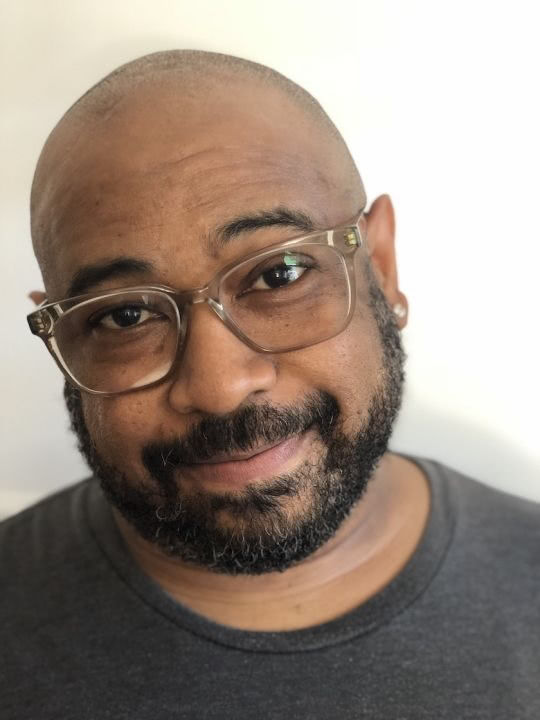 Animation Magazine: Congrats on the great job you and your team did with Noir’s animated buddies this season. Can you tell us how Six Point Harness got involved with this project?

Musa Booker: We had never worked with the team at The Boys before. We started talking to them about a year ago. I am an old school comic-book nerd from way back. I’ve been collecting comic books since I was in fifth grade, and I was a fan of the show even before I knew we were in contention to work on it. Hearing that we could possibly work on it was very exciting. I wrote my thoughts on the comics and the show and how we might approach it and, obviously, they liked our take and we got the job. We did close to eight minutes of animation spread over the two episodes.

How long did it take for you to do it?

We started in the late summer of 2021 doing designs. They have to plan so far ahead on a show like that, especially during the pandemic. Of course, it’s a very secretive project, so we could only see the pages of the scripts that we were working on.

We first started with the character designs. Showrunner Eric Kripke had a very clear vision of what he wanted for the show, which was Scorsese-style violence meets cute, cuddly, Disney-like characters. So, we thought about designing characters that were friendly and comfortable — and, as violent as the show is, there was a need for them to connect with both the audience and with Noir. Over the process of a couple of months, we designed the characters and we dove into boarding.

How many characters did you have to design, which tools did you use for animation and how many people were on your team?

What was complicated and challenging was the characters had to look like their real-world cartoon mascot selves, but we also had to redesign them in the scenes that they were playing superheroes, so we had at least two versions of every character. For design purposes we used Photoshop, and animation-wise we use Toon Boom Harmony and Storyboard Pro for storyboarding and After Effects for compositing. We had an in-house crew and we had some vendors that worked with us on the project. Between production, artists, designers, animators, we had about 20-25 people working here at the L.A. studio. We also work remotely with some animators all over the world.

You had done similar work like this before where you mixed animation with live-action backgrounds and actors. How was this different from other shows?

There has been a such a long history of great movies and shows that have mixed animation with live-action and I had done a little bit of that myself. I think what was different was the amount of VFX that we knew would be incorporated in the final product. We delivered the animation and then, they went into the world.

We had to think about designing everything from scratch for these characters, with obvious references and nods to different things in the show. I think the challenge was the complexity of the effects side of things. We pitched a couple of different things and Eric had some good ideas on what he wanted things to look like. It was a great collaboration in that way. He had a vision and then he allowed us to plus that vision. We worked with the in-house VFX team on that show and then they farmed out the jobs to different vendors.

When it comes to great shows or movies that have mixed live action and animation, certain projects like Who Framed Roger Rabbit always come to mind. Did you have any standard-bearers in mind as you were working on this show?

There is such an amazing history of these kinds of projects — they are as old as the animation genre itself, anything from Out of the Inkwell to Disney’s Alice Comedies. When I was younger, Pete’s Dragon was a huge hit for me, and of course Roger Rabbit was a touchstone for me. I think I already knew I wanted to work in animation when that movie came out when I was in junior high/high school. That was mind-blowing for me. The original Mary Poppins and the more recent Mary Poppins Returns were big influences, as well as Disney’s Enchanted, which I really loved. We looked at a number of those things.

Because they were cute and cuddly animal superheroes, I dug into my comic-book nerd-dom and was referencing things like Spider-Ham and Captain Carrot and the Amazing Zoo Crew. All of that stuff we added to the mix and we came up with something that we hope people will enjoy.

What were some of the things you loved about this project?

I love how impactful these two episodes are on the story of Noir. I’ve been a fan of the show and have been watching it since season one, and it’s really revelatory about the character of Black Noir and that was very interesting to me. The 12-year-old me is over the moon right now.

In a lot of ways, it was a dream project — working with funny animal cartoon characters, working with superheroes and working on a show that I love and working with Eric. We had a great team. A young man named DeLon Warren, who was a former student of mine at USC,  has been with the studio for a bit. He designed many of the characters and he also boarded the entire sequence, and he was an animator, too. AnnMarie Roberts was another integral part of our team. She started out as animation director for the team, and when unfortunately I had to take some time away from the production due to my father’s passing, she stepped up as co-director, and she’s such an amazing talent.

One of the reasons I love superheroes is because of my father. He was a painter and a fine artist, but he also loved superheroes and comics of the Golden Age of Comics. He was a big fan of Shazam! and Superman. I think his love of comics got transferred to me, and I know he is looking down and hopefully, he’s very happy with what we did on this project.

As well as their cuter cartoon forms, the Six Point Harness team has to created Vought superhero versions of the characters for Noir’s traumatic flashbacks.

I’m sure your dad must have been very proud of everything that you have achieved in animation. What other projects are you working on these days?

There are some really exciting things that we’re working on that I wish I could tell you about, but I can’t speak about them yet. At the studio, we just released that I personally didn’t work on, but it was an animated campaign for New Balance sneakers with Donald Glover. It’s a really fun project. We are also working on The Great Wolf Pack with animation director Chris Bailey, a series of shorts and a feature based on characters from the Great Wolf resorts around the country. They’re looking great.

What is your take on the state of animation as we are smack in the middle of a crazy busy summer?

The industry ebbs and flows for certain, and it looks like we are in a little bit of a transition right now. I think the entertainment industry as a whole was a bit more reliant on animation in the beginning of the pandemic, because live-action production had slowed down. But the thing that is so wonderful right now is that there has never ever been more animation produced in the history of the medium — everything from the streamers, to the web, to features, games, shorts, everywhere. Animation is a perennial part of the entertainment landscape and a vital art form.

For me, it’s exciting since I spent so much of my earlier career in stop-motion, which I love. Being waist deep in 2D it’s still a new and exciting thing for me. At the studio, we are also venturing into 3D, as well as mixed media. There so are so many opportunities and media where animation is being produced all over the world.

Of course, one of the exciting things for me is to see more inclusion and diversity — both in characters in front of the cameras and behind the cameras.

Six Point Harness’ work appears in Season 3 of The Boys, now streaming on Prime Video. Learn more about the studio at sixpointharness.com.