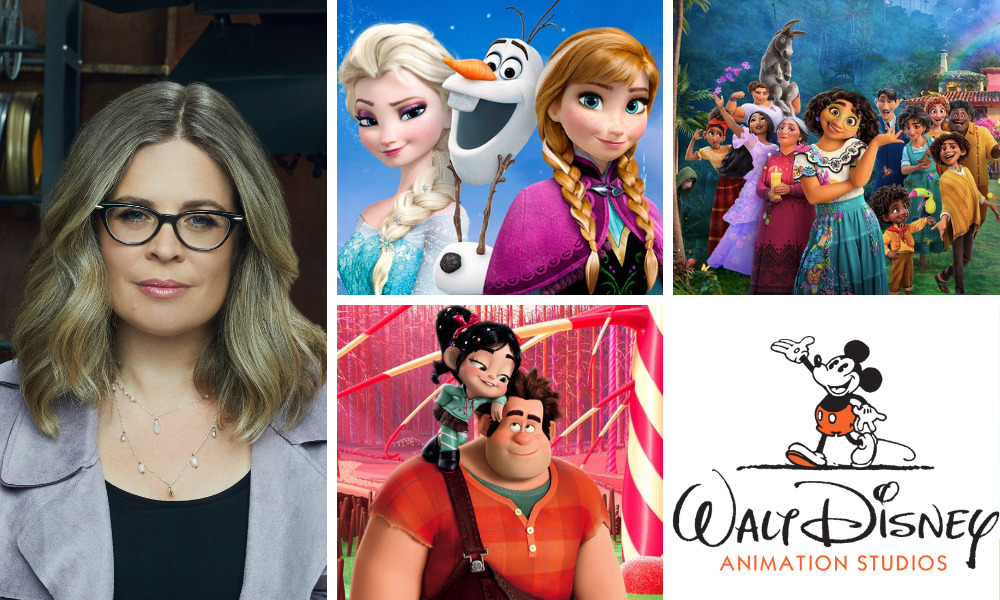 Jennifer Lee has been instrumental in bringing many of Disney's biggest hits to the screen, including the 'Frozen' films (writer/director), 'Wreck-It Ralph' (writer) and this year's Oscar winner, 'Encanto' (exec producer) 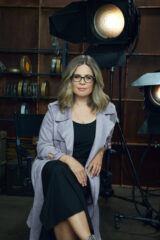 A lot has happened since Jennifer Lee took over as Disney Animation’s Chief Creative Officer exactly four years ago. The talented, Oscar-winning director of Frozen and its sequel has done a remarkable job of keeping the studio on the right creative track after former CCO John Lasseter exited due to allegations of inappropriate workplace behavior toward women. Originally trained in live-action filmmaking, Lee has been a passionate advocate of powerful storytelling and has overseen the studio’s expanded content creation for Disney+. Not only did she manage to take the reins and keep the employees happy during a very challenging period, she juggled her other duties as director of the hugely successful Frozen sequel, which quickly became the most successful animated movie of all time with a remarkable $1.45 billion take at the box office.

This month, Lee will be awarded an Honorary Cristal at the Annecy Festival in France. In the words of festival director Marcel Jean, “Jennifer Lee is a model for all young women (and men) with aspirations of pursuing a career in animation film. Her accomplishments are exceptional in terms of scriptwriting, directing and creatively leading Disney Animation. We can confirm that there is a before and after Jennifer Lee in the way that women creators are perceived in our industry.”

We were thrilled when Lee accepted our request for an exclusive interview on this occasion:

Animation Magazine: First of all, congrats on being the recipient of an Annecy Honorary Cristal. What does winning this award mean to you?

Jennifer Lee: Receiving the Honorary Cristal at Annecy means so much to me. Animation is such a complex, inventive and evolving artform, to be recognized amongst this incredible global animation community is such an honor. Animation has been a part of my heart my entire life, and it’s a dream to be a part of the Annecy Festival where the artistry, imagination and ground-breaking technology of animation are shared and so wonderfully celebrated, as they should be. Animation is truly a special artform, where imagination and collaboration inspire one another and create stories, characters and worlds that are transcendental and transformative. 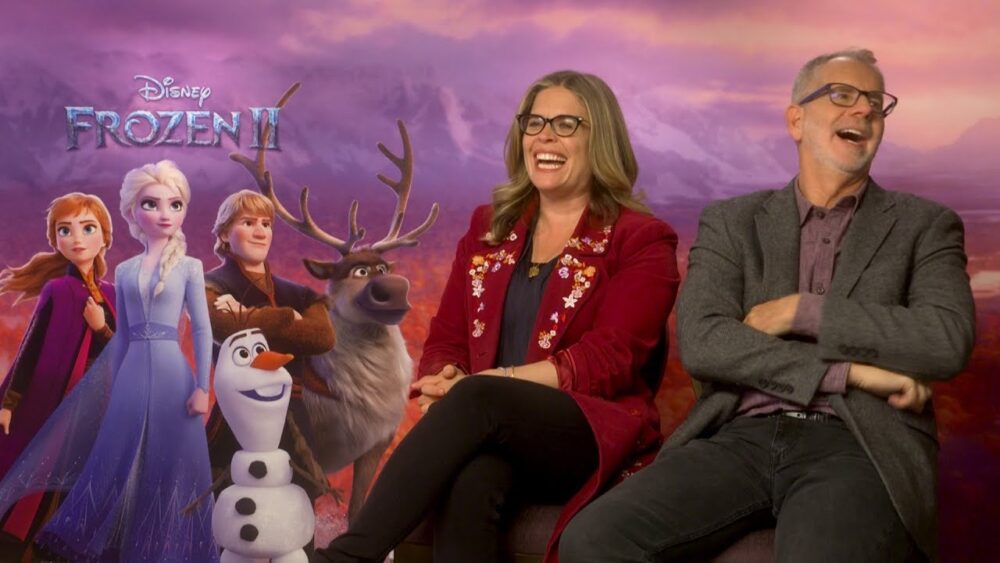 How would you describe the past four years as CCO of Disney? How has it compared to what you thought you would be doing at the studio originally?

Yes, it really is hard to believe it’s already been four years. Looking back, I stepped into the role before I knew the word “Disney+,” Frozen II was in early production and a global pandemic was not yet in sight. Hard to know how to even remember what I thought the role would have been.

What I do know is that the journey has been full of some of the most incredible creative experiences of my career. Disney+ has given us so many fantastic opportunities to expand the stories of some of our favorite characters and allowed us to discover new and diverse talent from around the world. The pandemic really showed us the strength of our studio as we produced two features and several shorts from hundreds of different homes, all while staying connected. Over these four years I’ve learned to expect the unexpected, never stray too far away from creativity, and that the best ideas and the best collaboration come from the most diverse rooms.

What is your favorite part of your job?

I absolutely love that I get to be a part of so many projects, working with so many very different and very inspiring filmmakers and artists from all around the world. My favorite moments are when we have a creative breakthrough, and I can see the energy of the whole story room lift, and the ideas start building off of each other. I feel very lucky that when I watch one of our finished films, I don’t just experience that finished story, but the memories of all the people and the discoveries that shaped the film.

And the toughest part?

The most challenging part is unique to our times. Due to the pandemic, we are still mostly remote. We are navigating through increasingly complex times in our industry, our country and our world, all while still apart. As I mentioned, I’m in awe of all we’ve been able to accomplish, but I miss the hustle and bustle and the face-to-face of us all being together every day. 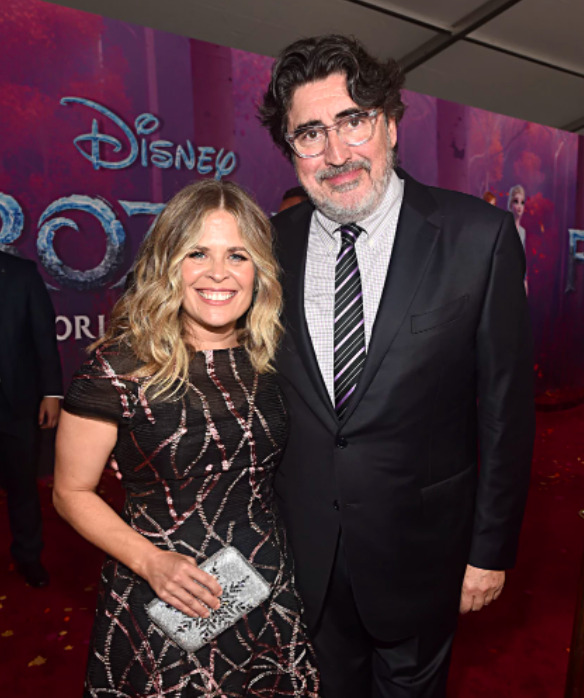 How would you describe your leadership style?

I aim to support, first and foremost — support the visions of our filmmakers, support the passion and ideas of the people of our studio, their talents and artistry, their innovation, their passion. My goal is to always help them get the tools and support they need to discover and build on their own potential, and to journey together to push our storytelling and our technology to ever greater heights. I believe that honesty, transparency and trust are critical. And I believe in being fearless in our approach, but always with eyes and ears open.

During your time at Disney, the studio has been quite strong and vocal about continuing to tell stories that represent all audiences — regardless of race, country of original, sexual orientation, etc. How do you feel about the upcoming slate at Disney and how these movies continue this mission?

For me, no matter what I have gone through in my life, Disney has always been a place that made me feel like I belonged. When I stepped into my role as CCO, it was important to me that our storytelling continues to expand to ensure that everyone has the opportunity to feel that same sense of belonging.

Which animated movies and TV shows left the biggest impression on you when you were growing up?

Cinderella was number one. She was a part of my earliest memories. When I was in middle school, the VHS of Cinderella got me through a tough period of loss and bullying in my life. Her ability to stay true to herself, while others aimed to tear her down, gave me strength. The incredible drawings of her dress transformation hang above my desk at work.

What is the most exciting part of the Disney slate in 2022 and beyond?

There is so much I could talk about because there is so much going on. The world will soon get a glimpse into our fall release, Strange World. It’s such a fantastic, truly imaginative adventure. We’ve got our first two official series releases for Disney+, Baymax and Zootopia+, where we get new adventures of favorite characters. We have over a dozen more projects in development for theatrical and Disney+. And, at D23, as we kick off celebrations for our approaching 100th anniversary, I can’t wait for folks to hear about our 2023 release and beyond.

What is your absolute guilty pleasure at home?

The pandemic impacted the way many audiences consume their entertainment and the studio faced some tough decisions about putting some of the features directly on Disney+ without a theatrical window. What are your thoughts on the importance of the theatrical experience?

I appreciate that during the pandemic Disney+ was there for us. As I’ve mentioned, I love how Disney+ is allowing us to expand our storytelling. But I also believe wholeheartedly in the theatrical experience. Our films are epic and so imaginative and built to be seen on the big screen, in a theater, where the stresses and demands of the world fall away and we can be truly immersed and transported.

One last question: What’s your best advice to those who want to follow their dreams in the animation business?

Create a lot. Worry less about trying to figure out how to “get it right.” Instead, embrace exploration and, most importantly, collaboration. Finally, there’s an expression, “Leave your ego at the door.” That doesn’t mean don’t bring all of yourself to a project, it means don’t think difficult feedback on a project is a measure of you. Those who do best, I’ve seen, are able to listen to feedback constructively and not defensively, and thus are better able to see what their characters/stories/projects need. They tend to be the ones who get stronger from project to project, developing better and better tools to support their vision.

Jennifer Lee will be awarded an Honorary Cristal at Annecy next week (June 13-18; annecy.org); more about Walt Disney Animation Studios at disneyanimation.com. 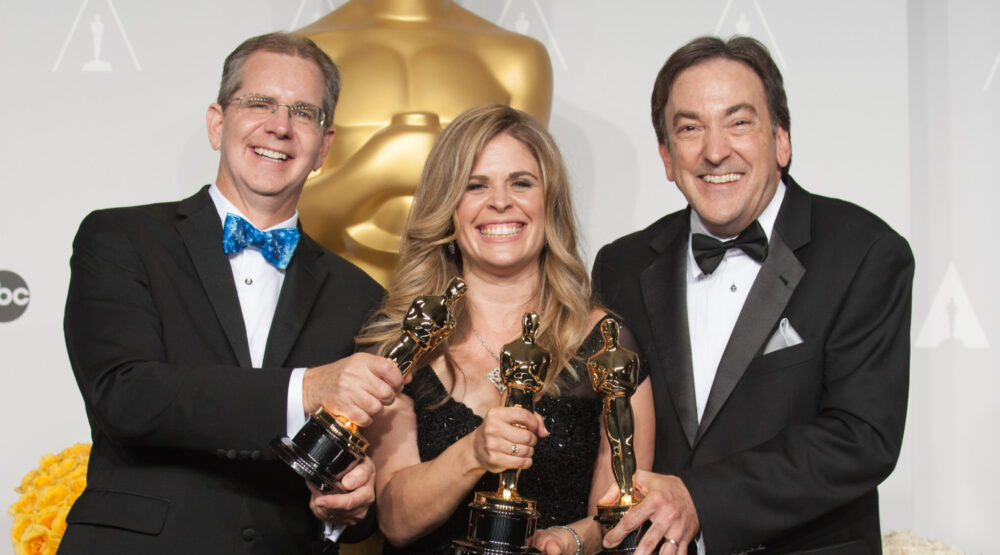