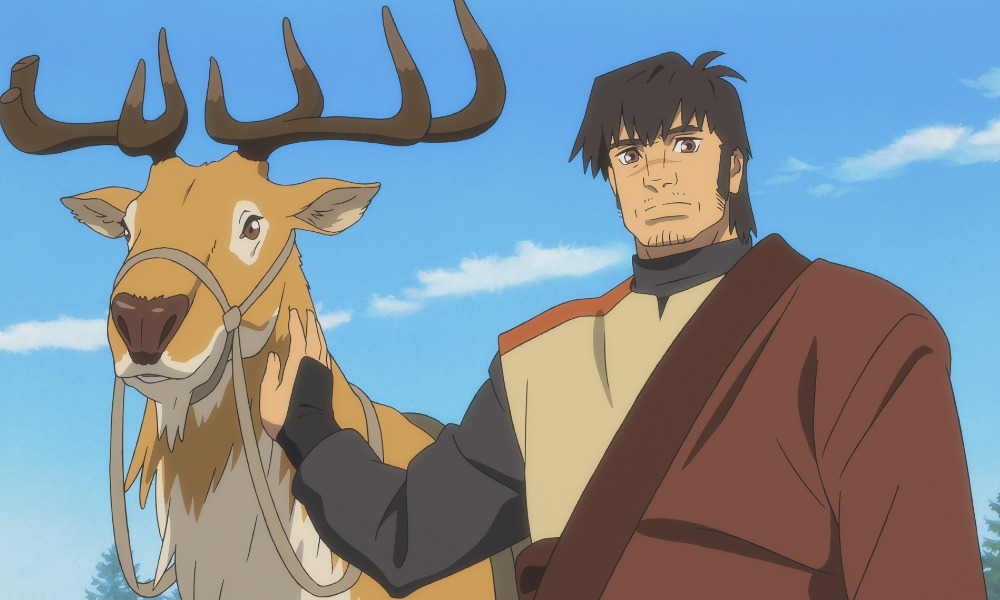 The lushly animated fantasy The Deer King marks the feature directorial debut of Masashi Ando (co-director with Masayuki Miyaji), one of the most respected and prolific Japanese industry veterans. Ando has worked as character designer, animator and animation director on a wide list of acclaimed movies, including Porco Rosso, Whisper of the Heart, Princess Mononoke, My Neighbors the Yamadas, Spirited Away, Tokyo Godfathers, Ghost in the Shell, Paprika, A Letter to Momo, The Tale of the Princess Kaguya, Your Name and Weathering with You.

The talented director, who also worked as chief animation director, storyboard artist and character designer on the movie, was kind enough to answer a few of our questions (through a translator) during a Zoom interview yesterday: 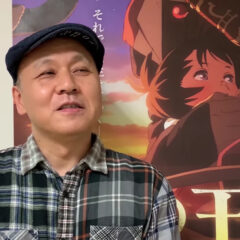 Animation Magazine: Congrats on the success of your directorial debut, The Deer King. Can you tell why you were drawn to this project, which is based on a Japanese novel series written by Nahoko Uehashi?

Masahi Ando: What I thought was alluring about the novel was that it’s high fantasy and it’s very engaging. Usually, in cases like that, we often start with a visual treatment that we put into film, but for this, it started as a novel. My impression of the book was that it was somewhat reserved and low-key. Also, the storyline was very complicated. We don’t often get the opportunity to adapt a story like that to an animated movie. But I thought that despite all the challenges, it was a worthy subject to make as a fantasy animated feature.

How many people worked on the movie and how long did it take to make?

That’s a very difficult question to answer! At my studio (Production I.G), on my floor alone, we had about 15 to 20 people, but there were several other floors too that were working on it. Overall, I would say it took us about four years to complete the movie. 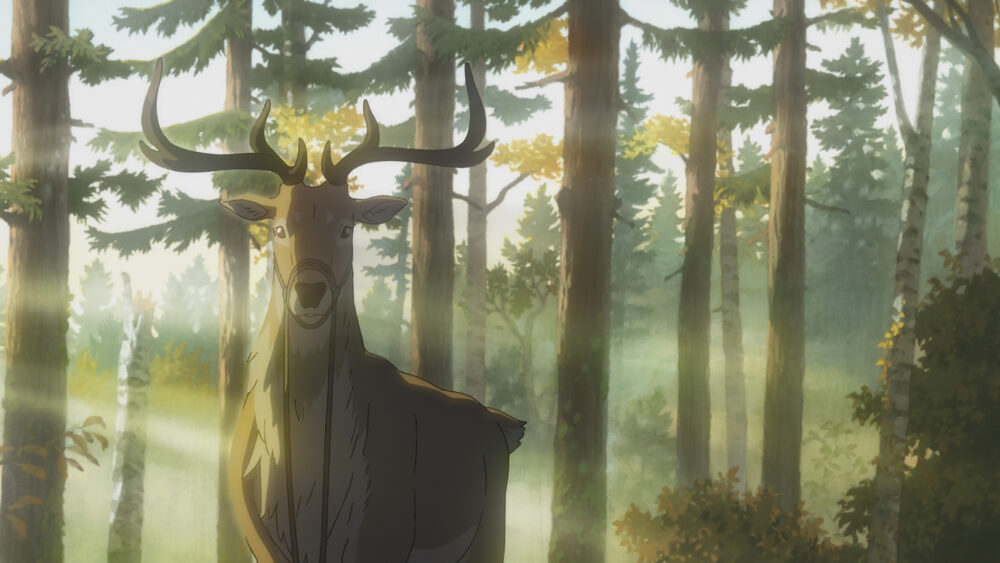 You have worked on so many amazing movies alongside icons such as Hayao Miyazaki, Isao Takahata, Satoshi Kon, Makoto Shinkai, Hiroyuki Okiura and Yoshifumi Kondo. What were some of the biggest lessons you learned from them that you brought to your first directorial effort?

I know that you can see so much of their influences on my work. I admit that I’m absolutely influenced by their style and artistry. For this film, I really didn’t try to hide at all that I have been influenced by them. Of course, this is my first directorial effort. I know that I have a lot of potential inside of me, but I didn’t to showcase my potential or style with this movie. I didn’t want to free myself from the influence of the directors that I learned so much from. First, I was worried that we wouldn’t have enough time for me to do that. I didn’t want to stall the project. I just wanted to focus on what I had learned from them and what I could do with this movie for now. 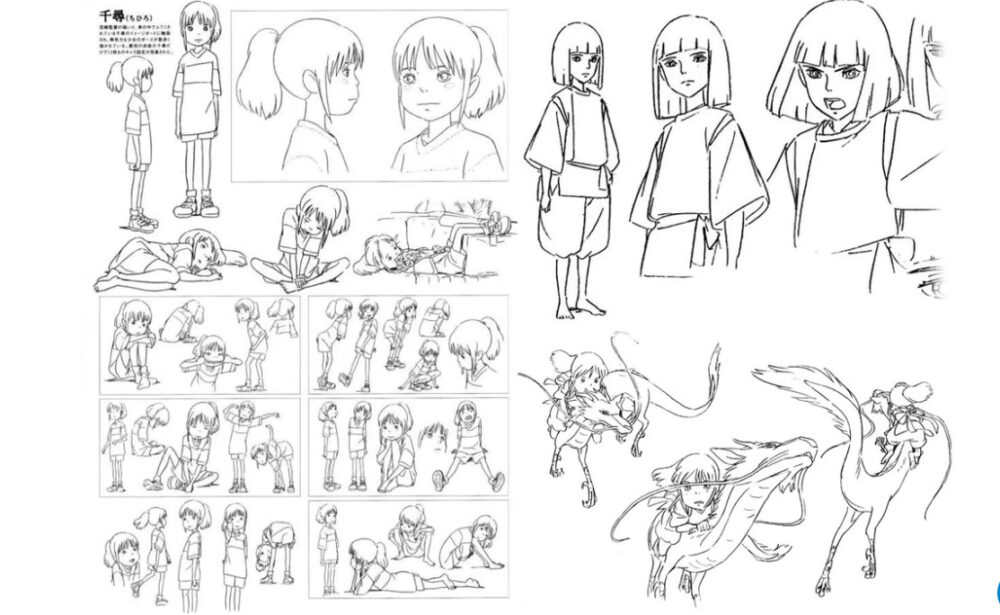 Ando’s sketches for ‘Spirited Away’

Is there a scene or some aspect of The Deer King that makes you especially proud?

When I watch the final cut of the movie, I actually feel that I could have done a better job in some parts. I do feel like I was happy to be able to complete the movie, first and foremost. My favorite scene happens in the middle of the film, when the protagonist Van loses Yuna and he resolves to go after her and bring her back. My feelings resonated with the hero there, and I really wanted the movie to start right there when he goes after Yuna.

When you were a young boy, what movie or TV show made a huge impact on you and made you realize that you wanted to work in animation?

The movie that made me want to work in animation is Mr. Miyazaki’s Nausicaä of the Valley of the Wind (1984). I saw that movie when I was beginning to think about my future and what to do with my life. It had such a strong impact on me. Mr. Miyazaki’s animation is very soft, beautiful and enjoyable, but the themes of the movie are so powerful, strong and stern. I felt that it was able to address some deep issues while also being very entertaining at the same time. That’s why it left such a deep impression on me. 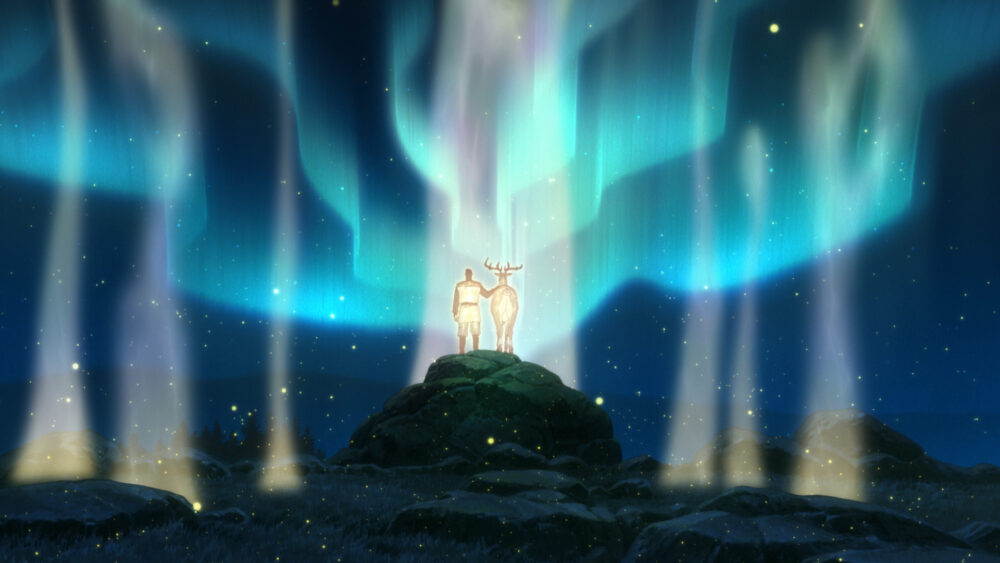 I feel like I’m a traditional, classic-style animator. We do make films for theaters, not for streaming — just like how Nausicaä was made back then. Of course, technically, we are still using hand-drawn technology for animation. We don’t really use 3D CG animation. 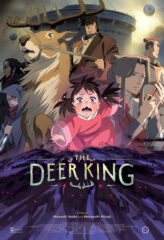 I do realize that our style is not used as much anymore. Younger people who are entering the animation work force today, they do like our classical 2D style, but I feel that we sometimes come in conflict with the way young people think. Then, I start thinking about what is the best way to co-exist with young people’s style of thinking and their tastes.

Especially at my age, I think it’s important to think about how to co-exist and how to carry on the legacy and how do we pass on to them our experience and what we have learned over the years. I think that’s really important to consider for the future.