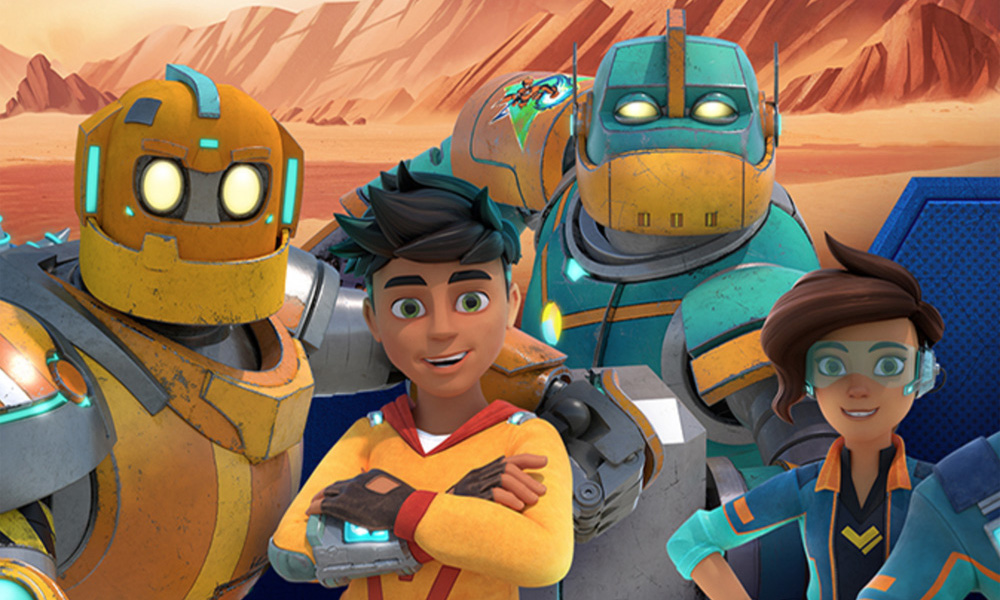 We recently had the chance to chat with Ed Bignell, founder, CEO and creative director of Kidscave Studio. Ed began his career at Amblimation, working on features such as An American Tail 2, We’re Back and Balto. Among his many producer credits are Channel Four’s Pond Life, CITV’s Tom and Vicky and Passion Pictures’ Gorillaz band. He also produced three series of Little Robots for CBBC. He also worked on award-winning children’s series such as King Arthur’s Disasters, Skunk Fu! and Fleabag Monkeyface. His latest project is Robozuna, ITV studios’ series about an orphaned teenage boy and his homemade robot friend.

Animation Magazine: So the second season of your new show Robozuna has premiered on Netflix this month. Can you tell us a little bit about the making of this series?

Ed Bignell: The origins of Robozuna go back to 2002 after I’d re-discovered the ‘Rocky’ movies and was really inspired by Ridley Scott’s Gladiator, and Lord of the Rings had recently come out too. I honestly just felt compelled to have a go at creating my own modern-myth based on the idea of a boy and his robot who follow a classically inspired heroes’ journey, an underdog story, characters without super-powers who through courage and conviction save the world. As I began writing I remembered that at a very young age my grandmother would tell me stories about a little boy who built a robot to be his best friend, so perhaps it all stemmed from there. 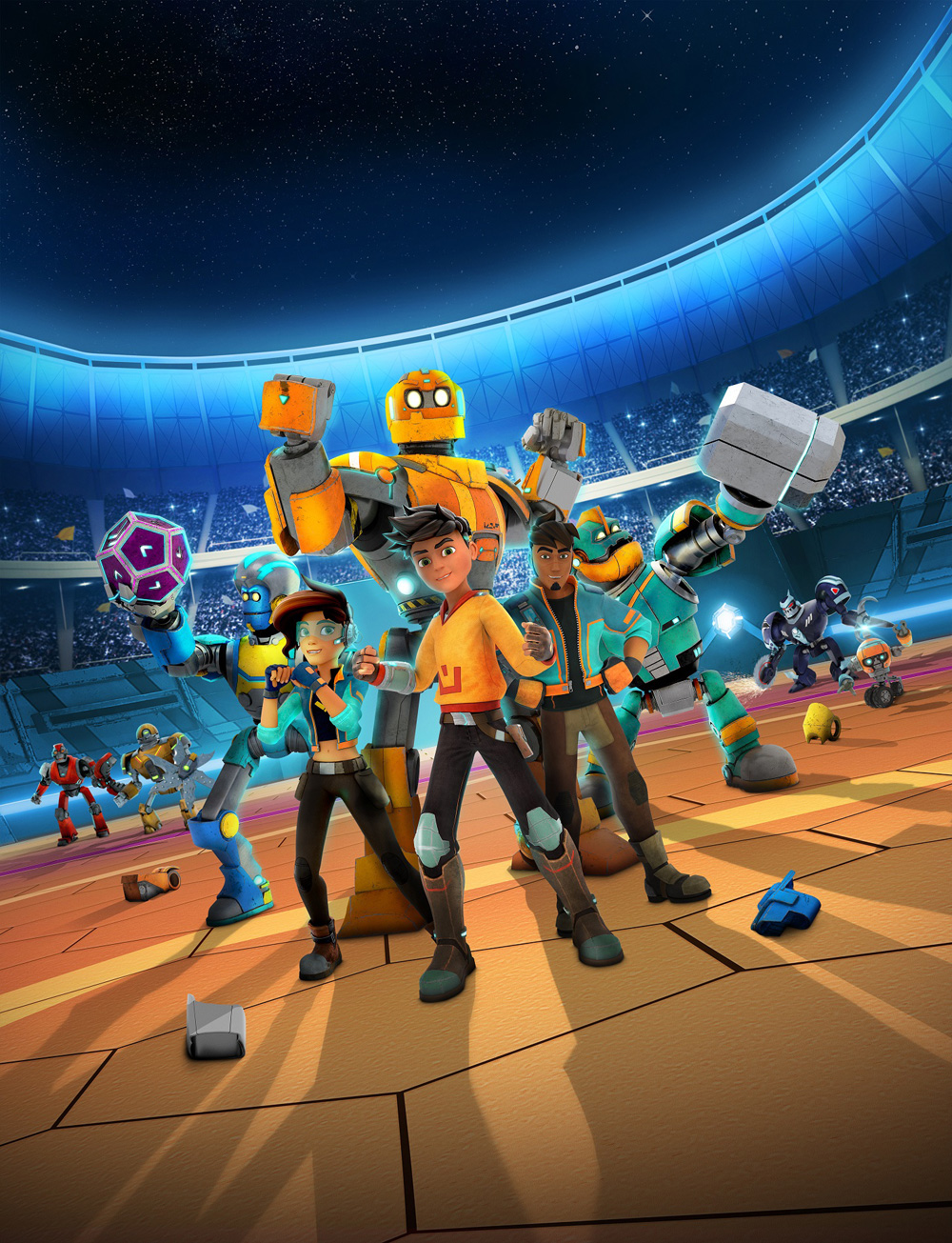 Can you tell us a bit about the visual style and influences of the show?

Ed Bignell: The concept for the visual style of Robozuna was to create a world that looked as if it was almost ‘carved out of stone’. Sculpture was a big influence on the character designs as we wanted them to have features that were strong and graphic that would emphasize light and shadow. This even extended to the clothing the characters wear, which was styled in the same way.

The character’s in the show were also designed to be stocky and strong looking. They have larger feet and stronger legs than many animated tv shows to make the characters feel planted in the sets, which also helps the characters to feel heavier and more realistic – we wanted to contrast most animated characters who appear willowy and delicate and as such move in a light and fast way. We had a few early comments that viewers forgot they were watching animation, which is exactly what we were hoping for.

We knew that the lighting would be a key component in the visual style and we didn’t want to use the ambient, soft lighting that seemed a current trend. Our design style was to try and emphasize the lighting as much as possible, with strong plains and angles on the characters faces so their design would show off directional lighting better than one that had very soft, organic features. This approach to the characters was extrapolated out to apply to the rest of the Robozuna world design.

When did you start production?

KidsCave Studios supervised the entire production, with all design elements, storyboards, animatics, voice recording, music, audio and video post-production out of our London office. We also had a team of writers working on the scripts in our L.A. Office and the model build, digital layout, character animation, lighting and compositing were produced by L’Atelier in Montreal. 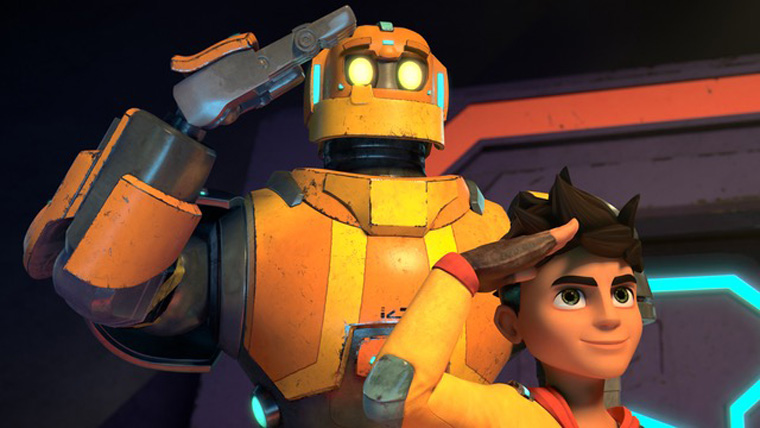 How many people work on the show?

At full crew we were around 120 people across L.A., London and Montreal.

Can you tell us about the animation tools that are used by the production?

What were your some of your biggest challenges along the way?

As a new studio, hitting the ground running was tough, we set high aspirations, so resourcing and time were always going to be an issue. Creating our pipeline between KidsCave in London and L’Atelier in Montreal took many months to get well oiled. One of the biggest challenges was to follow the delivery schedule (40×22’ in 36 months), the rhythm of a TV series is very intense. We delivered about 66000 frames per month of high-quality images and we didn’t want to decrease the quality to reach our deadlines, in fact, from deadline to deadline, the quality just rose constantly. The artists were tightly coordinated, they knew exactly what they had to achieve every day, week and month.

What do you love about the show now that has debuted on Netflix?

Its message of family, fairness and freedom — it’s boys’ action with genuine heart.

I have to say my heroes are each and every one of our crew who worked incredibly hard, with total passion and dedication to deliver the cinematic vision for Robozuna.

What is your take on the state of global animation in 2019?

I’m hugely excited by the opportunities presenting themselves and the quality of work being produced globally. Five years ago, it was virtually impossible to get a series like Robozuna off the ground and with more platforms emerging all looking for high-end content, I think as an industry we’ll be going from strength to strength in the coming years. I’m particularly encouraged by the amount of independent animated movies getting financed.

Do you have tips for animation writer/producers who want to make it in the international market?

Think global brand, not just developing a compelling series. Take the extra time to think about the fantasy kids will engage with, how core elements of your brand’s DNA can translate into Apps/Consumer Products. The more partners can see your project as a potential Global IP, the more chance you’ll get the financial support to make your series… and never give up! Robozuna was a 14-year journey from conception to greenlight for me, listen to feedback, hone and polish your project and don’t be afraid to partner up with a larger company who can help you craft your project towards the international market.

You can catch the first two seasons of the show on Netflix. 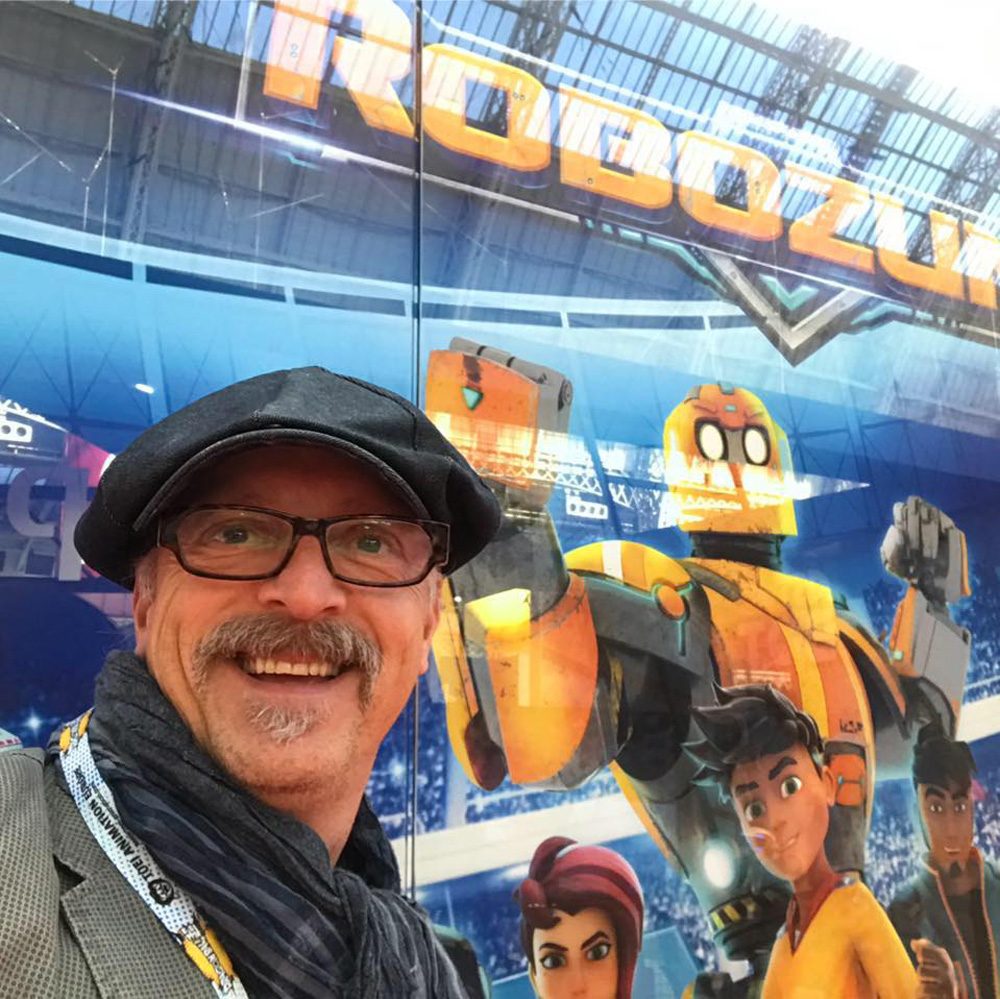