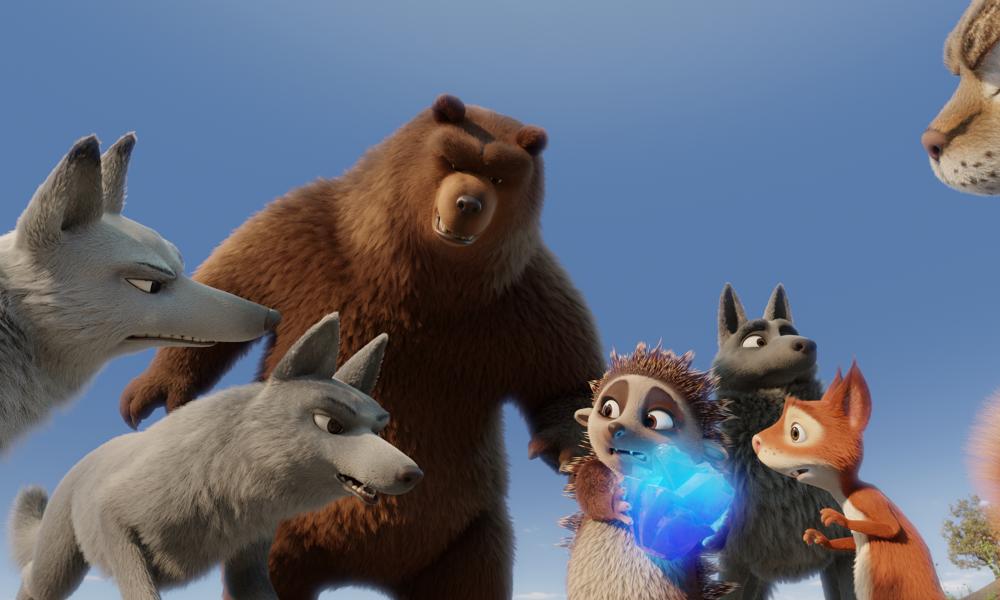 The new German-Belgian animated feature Latte & the Magic Waterstone debuted on Netflix this past Friday. Directed by Regina Welker and Nina Wels, the children’s film is based on a book by Sebastian Lybeck and follows the adventures of a hedgehog named Latte and his anxious squirrel friend Tjum, who set out to reclaim a magic stone stolen by a bear king. We had the chance to chat with CG-animated movie’s directors in an email interview. Here is what they had to tell us about their charming project: 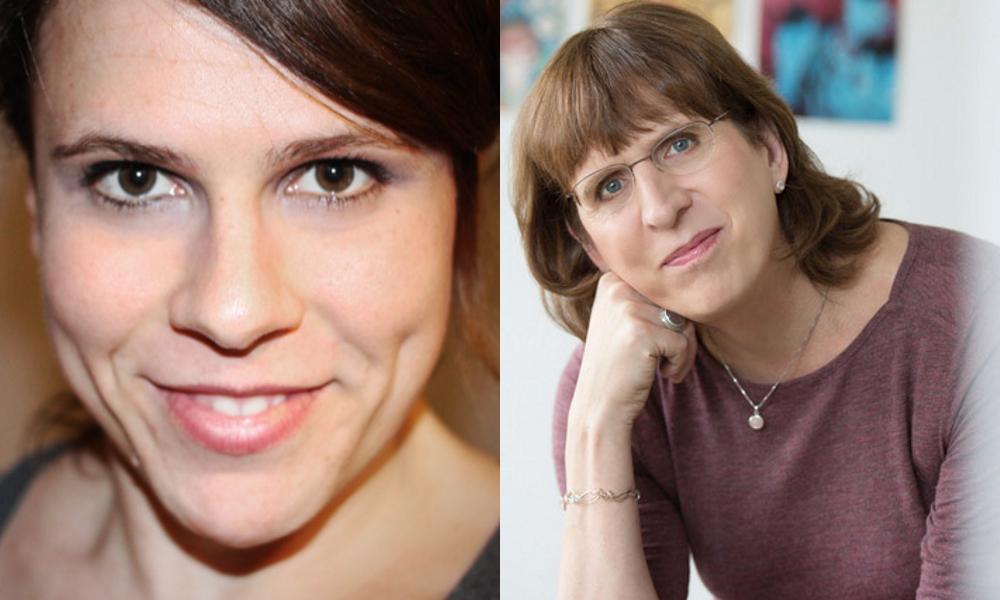 Congrats on your movie’s debut on Netflix this month. Can you tell us about how you each got involved with the movie?

Regina Welker: I have known the film’s exec producer Lilian Klages for some years. We worked together for the first funding trailer of Latte, which was big fun. I immediately fell in love with Latte and her friends and I was super excited when I was asked to also direct Latte as my first feature film.

Nina Wels: Early in 2017, about four months before production start, I was asked by the producers Lilian Klages and Thomas Müller, if I would like to direct this movie written by Andrea Deppert and Martin Behnke based on a very successful and well-known children book from Sebastian Lybeck together with Regina. After we met for the first time, we both agreed this was an exciting and great story that we’d really like to tell and we started developing our ideas.

When did you start working on it and how long did it take to complete?

Regina: The first concept/funding trailer was created about five years ago. The production of the feature film started in late summer 2017 that’s when I joined as a director. And swoosh! I was sitting in the final sound mix with final picture in April 2019. Well, time passed super fast!

Which animation studios worked on the movie?

Regina: The production and coordination was mainly split between Eagle Eye in Germany and Grid Animation in Belgium. Over six production companies were involved and took care of different tasks. We had MotionWorks in Halle (Germany) doing storyboards and layout, Woodblock in Ludwigsburg (Germany) working on the designs, Tinker Magic in Spain were responsible for rigging, philmCGI in India helped a lot with the animation, Daywalker Studios in Cologne (Germany) did the entire sets and shading until it all went back to Grid in Belgium who did the whole light/render/comp to final picture. 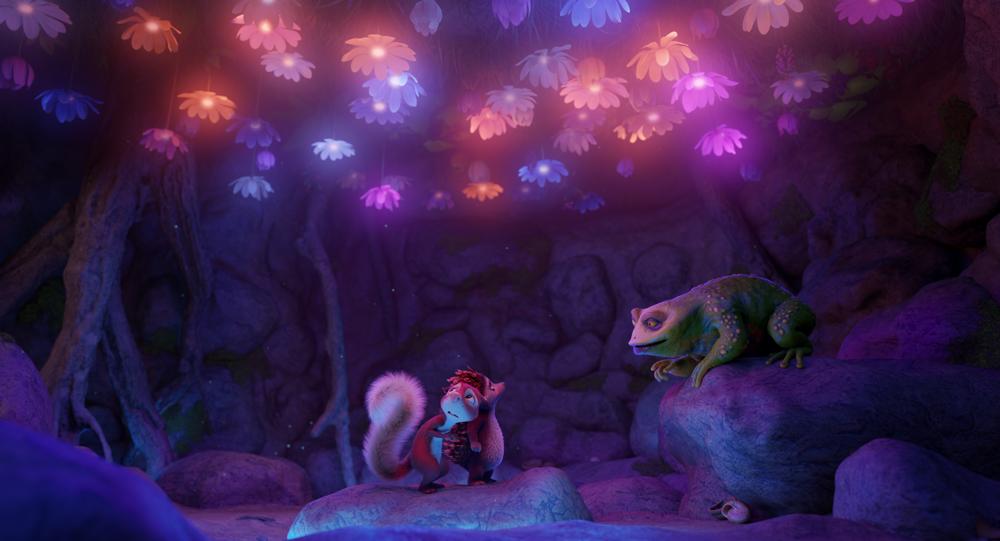 What were the visual influences of the project?

Regina: For me, the combination of an illustrative and fantastic world with magical colors in a nearly realistic set with tactile characters was the challenge in this project. And there you see the two big influences: pure nature like forests, stones, fur on the one hand and colorful magic fairy tales on the other hand. We worked a lot with the lighting to get the chaotic reality of (for example) a forest into a nice visual language. A lot of nature photography with all its tiny details or surface structures and super interesting animal pictures (for example, some strange frogs) have been main references. But also artwork from Pascal Campion, the look of the short film The Dam Keeper or Garden Party as well as some animated commercials have been a nice inspiration on colors and lighting.

Nina: We were also inspired by the light and atmosphere of Northern European woods and other European countrysides.

What would you say was your biggest challenge on this feature?

Regina: The biggest challenge was to have a strong and stubborn main character who still is funny and lovable and has a weak spot. Latte has so many different character traits, which makes her super interesting but also difficult to balance her behavior. She can be loud and strong, but also silent and emotional. On the production side, the biggest challenge was that all different departments were spread around the world and we had to present the vision and get everything aligned.

Nina: It was important for us not to get away from our vision for this film. Like most European animation productions with a much smaller budget than animated feature films have in the U.S., we had to deal with a lot of compromises. In the end all the studios helped us with their amazing work and enthusiasm to get this done. 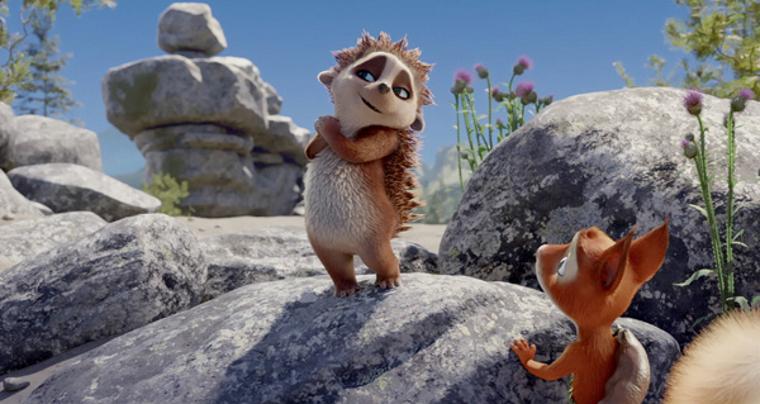 How was the reception of the movie in Germany and Europe?

Regina: It was released in Germany a bit after Frozen II from Disney, which maybe took away some attention, but all in all it was very well received. Especially our premiere at the Schlingel children’s film festival in Chemnitz (Germany) was super exciting and the kids loved it. So, what else could you wish for? We also had a pretty big audience in France — I guess everyone liked our French dance instructor bear! Some other European countries unfortunately didn’t get a cinematic release as scheduled due to the pandemic lockdowns. But, maybe it will still happen, at least online.

Nina: Luckily, Latte had its cinema release in Germany and France a few months before corona hit the world. I was so happy to see that it played in France as well as it did in Germany – a very good start. But then, as we all know, everything changed.

Who are your biggest animation influences and sources of inspiration?

Regina: I guess inspiration for animation and characters are always real people and situations. Because animation is a perfect language to tell true stories in a metaphorical way. Influences from the artificial side are of course many different animations — we had snippets from Despicable Me or How to Train Your Dragon in our references for Latte.

I also love to go to film festivals and watch all these beautiful short films with so many different styles. This surely is one of the biggest influences.

Nina: Throughout the years, I was mostly inspired by anime from directors such as Makoto Shinkai or Mamoru Hosoda both story wise and visually. I am also a big fan of Dean DeBlois’ work, among others. 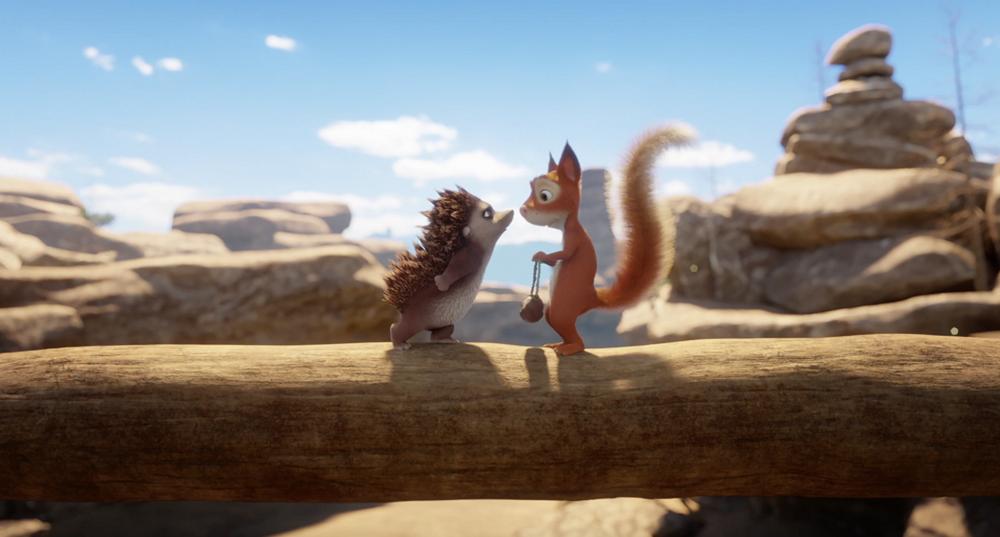 What do you hope audiences will take away from the movie?

Regina: First of all, I hope the audience will have a good time while watching the movie. Furthermore, we have a lot of important topics from environmental protection to friendship and family belonging. In terms of respect and acceptance, Latte has such a positive message, so I hope there are situations in the film the audience gets touched and emotionally involved by.

Nina: The message that a real friend you can count on is one of the most important and wonderful things you can get in life.

How do you feel about the fact that in 2020, we are beginning to see more animated features directed by women?

Regina: It’s all about respect and acceptance for everyone. Women can do cool and creative work if they get the chance to. And all following female generations shouldn’t be involved in this discussion anymore. I did this movie because I’m a director not because I’m a female director. We also have a female main character, not with a special intention, but it just worked better in our character setup. And to be honest, she is such a cool kid, you don’t care if she is female or male.

Nina: Hey world, get used to it! In Europe, a lot has changed over the last decade, more animated features are directed by women and increasingly the teams at the studios are more and more balanced between female and male artists. It won’t be big news for so long anymore.

Regina: I’m writing some of my own stuff for a TV show and some commercial projects, but I’m also talking with Lilian about new feature projects. Latte the hedgehog talks a lot in the movie, but she sure has much more to tell!

Nina: At the moment Kristina Yee, a talented writer and director from Ireland, and I are developing the story for a feature film. It’s an original story based on one of my ideas influenced by my love for anime. A second project for which I already wrote the script is in the funding stage and this fall I will take over the animation direction for another animated feature (which is directed by a woman as well).

You can watch Latte and the Magic Waterstone on Netflix this month. For more info visit www.sola-media.com/details/latte.html