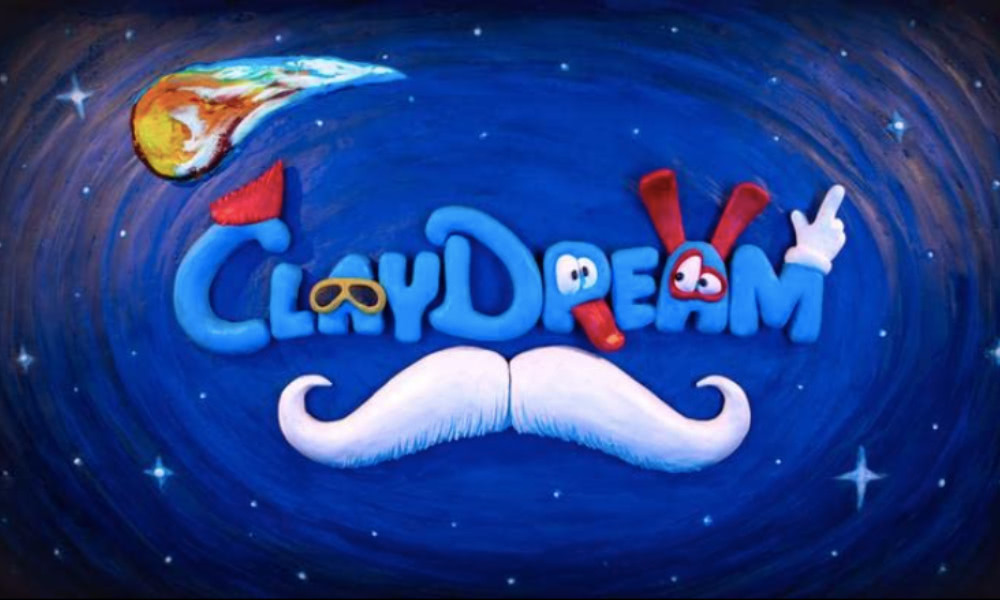 Director Marq Evans’ new documentary Claydream takes a fascinating look at the life and career of Oscar- and Emmy-winning stop-motion icon Will Vinton, offering rare insights into how he built and lost an animation empire in the Pacific Northwest. Evans was kind enough to answer a few of our questions about his labor of love, which opens in theaters in New York on August 5 and Vinton’s hometown of Portland, Oregon on August 8 before rolling out nationwide. 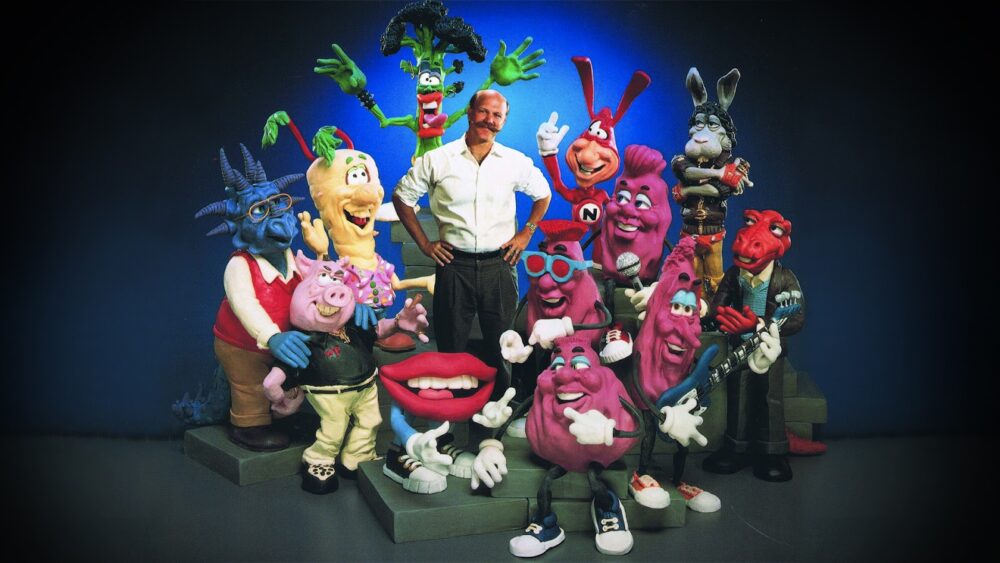 Will Vinton and a few of his popular claymation characters

Animation Magazine: Congrats on your wonderful new documentary. Can you tell us how you got interested in Will Vinton’s life and work?

Marq Evans: I grew up with Will’s characters. I loved the Raisins and the Noid, and the dinosaurs Herb & Rex. His Claymation Christmas Celebration was a staple in my house growing up, and it’s fun watching with my son the last couple years. But the idea for this movie came from an article I read back in 2015 called “How the Father of Claymation Lost His Company to a Rapper Named Chilly Tee.”

I was familiar with Will’s work and his name, and I remembered the guy with the cool handlebar mustache, but I didn’t know his story. I remember reading the article and thinking that it felt like a movie, and that maybe I’d want to tackle it for my next film. I reached out to Will that day via an email address I found online, and to my surprise he responded pretty quickly. Unfortunately, his message said he wasn’t really interested in making a documentary, but he would meet with me. We really hit it off right away, but it still took about six months of chatting before he finally agreed to make the film. I think he was just feeling me out and making sure I had what it took to take on a project with so many layers. 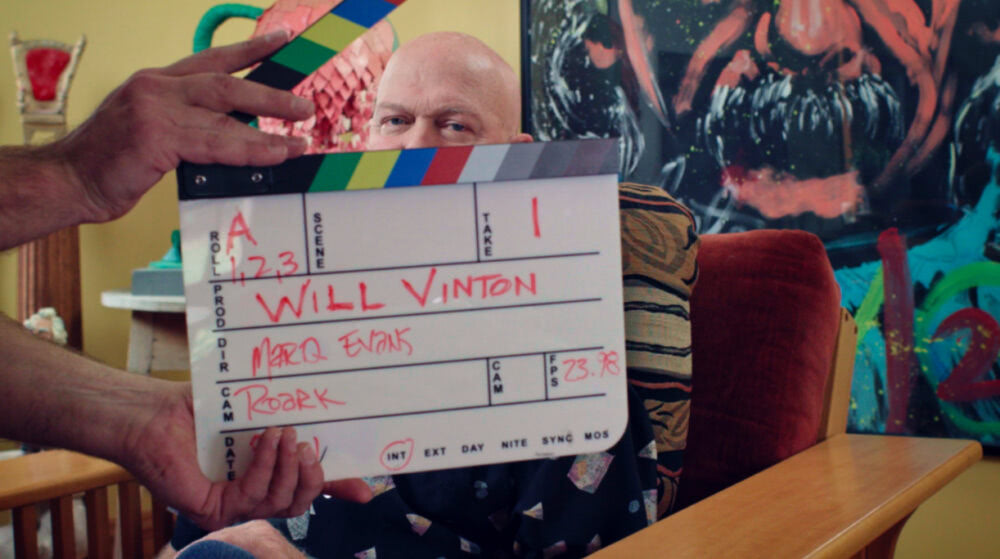 Will Vinton being interviewed for ‘Claydream’

When did you begin work on the documentary and how long did it take to complete?

I first connected with Will in 2015, and we started shooting in 2016. Over the first couple of years, I was mostly getting interviews. We interviewed about 50 different people for the film. Will sat for about 15 hours of interviews in total, and was instrumental in giving me access to all of his archives. He saved a ton, which was a huge resource, and a couple other folks from the studio had saved a lot of material as well.

A lot of the film is composed of the interviews and this extensive archive of the work Vinton Studios created and behind the scenes footage. It took about five years from start to finish to complete the film. It didn’t have to take that long — there were periods of starts and stops due to financing, and then when Will passed away in late 2018, I took some time off from the project to figure out how to proceed without him. And then of course COVID hit, which slowed everything down even more.

I had been editing the film myself up until that point, and although I felt like I got the story most of the way there, there were still things that weren’t quite working and I was too close to it at that point to figure it out myself. So we brought on the talented editor, Lucas Celler, and from that point on it really picked up a lot of momentum. We were able to finish it in the spring of 2021 in advance of its premiere at the Tribeca Festival.

What were some of the surprising things you learned about Will that you didn’t know before your project?

The biggest surprise I learned about Will was just how “normal” and down to earth he was. I kind of expected this eccentric artist with his handlebar mustache and everything, but he was just a cool guy from a small town in the Pacific Northwest. There was never any drama or difficulties hanging out or working with him. Sometimes I’d show up at his house with the camera, but instead of shooting anything he’d just take me out on his boat and we’d have a nice little afternoon together.

Another thing that surprised me a bit was how little influence he wanted to have on the film. That can always be a challenging balance between filmmaker and subject, and many people warned me that Will would want to have control of the story. He never once tried to influence the direction I wanted to take the film, and was supportive of everything I wanted to try. 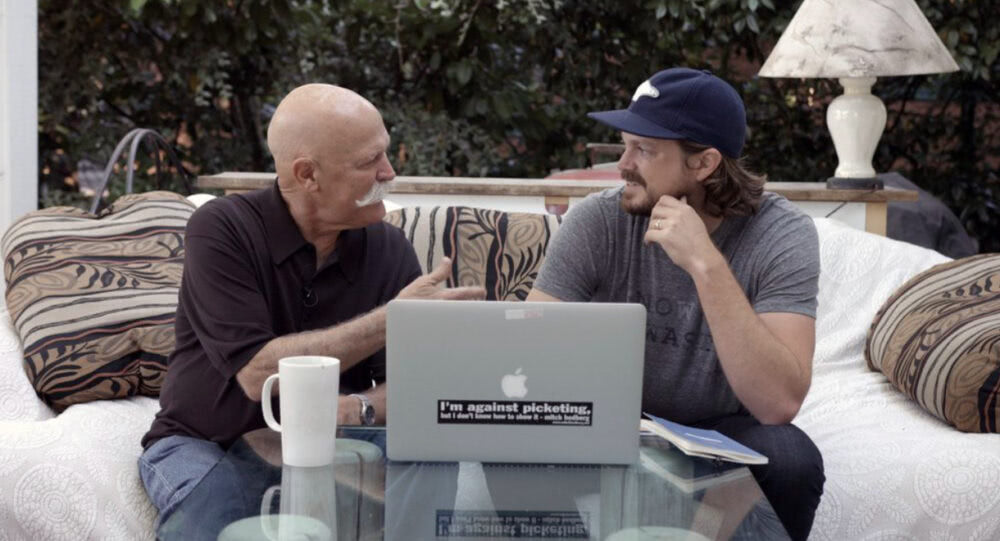 Will Vinton and documentarian Marq Evans

What are your favorite Vinton films and why?

I love The Great Cognito. It’s such a brilliant concept with the one comedian character morphing into all these different characters, and it’s a perfect execution of the idea, from the sculptures themselves to the metamorphosis, the voice acting — everything is just perfect. The Adventures of Mark Twain is another favorite. The film as a whole has its flaws, but as Will said it was the “zenith of Claymation,” because all of the animation techniques he and the studio used throughout the years was put into this film. From an artistic standpoint, it’s a masterpiece.

Why do you think Vinton left such a big legacy in the world of animation?

I think Will left such a big impression on the world of animation for several reasons. It starts with the work he and the studio created. There are iconic characters and shows they made that still live on today. Beyond that, they invented — or at least popularized — so many techniques that became the standard of how to do things in stop motion. But I think above all else, it’s because Will created an environment and culture with Will Vinton Studios that attracted the best animators from around the world to come work with him. So many people got their starts at Will’s company. Many of these people went on to form their own companies that are still thriving in the animation world. So, when you look at Will’s family tree and the influence it has had in animation, it’s undeniable the impact he made on the industry. 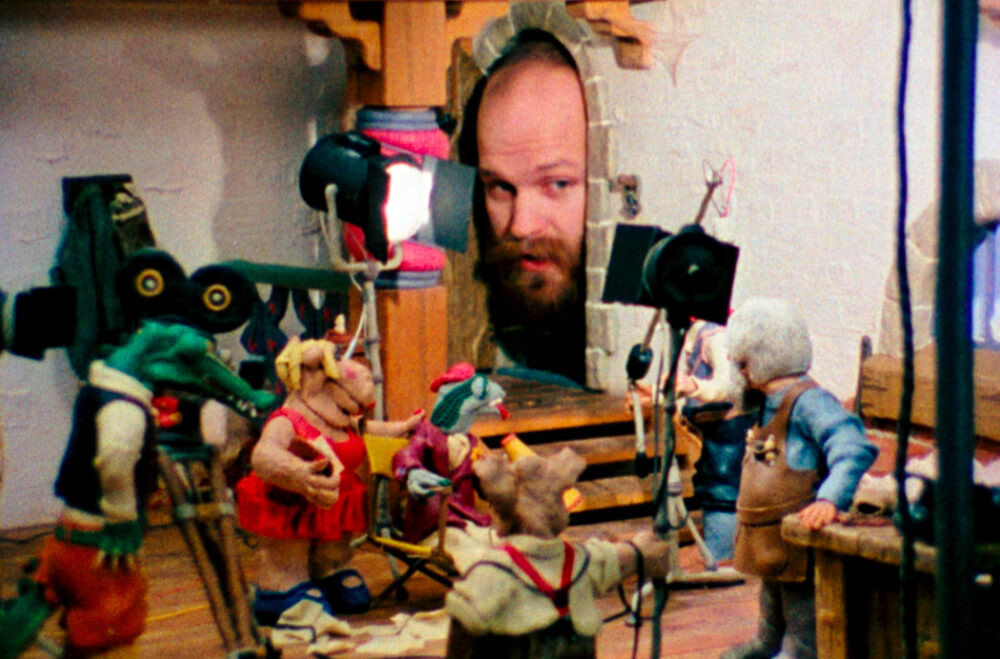 Who were some of Vinton’s biggest animation idols?

He was really inspired by a lot of the clay pioneers from Eastern Europe in the early 1900s. I don’t have the names, but I know he wanted to take some of what they created to the next level, and you saw a lot of that in his work. He also talked a lot about the early Warner Brothers cartoons, works by Tex Avery and Chuck Jones, especially the films that were geared more to adults. That stuff really inspired him.

What would you like audiences to take away from your movie?

I hope Will’s story inspires people to just go for it. He was so passionate about everything he did, so enthusiastic and full of joy. He had huge dreams and achieved so many of them. I’ve been very inspired by Will working on this project, and I hope others will be inspired to follow their own passions. But when you do, and you find success, make sure to read and understand your contracts.