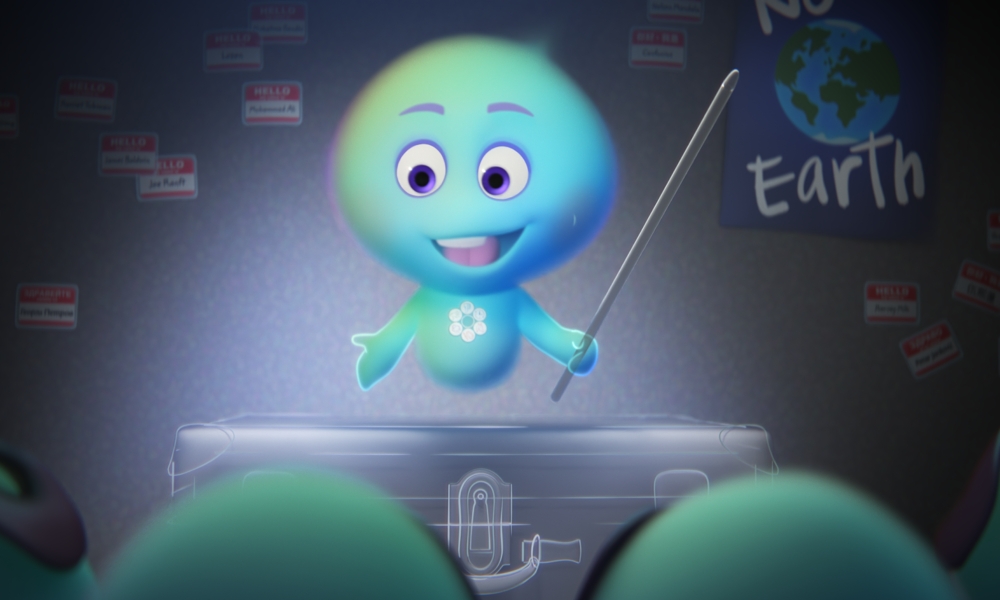 Pixar’s latest animated short 22 vs. Earth takes viewers back to the world of the Oscar-winning feature Soul. Directed by veteran Pixar editor Kevin Nolting, the short centers on new soul 22 (voiced by Tina Fey) and reveals how she came to hate Earth long before she met Joe Gardner. Nolting, who has worked on live-action movies such as The Insider and Shanghai Noon as well as animated features such as The Rugrats Movie, Finding Nemo, Cars, WALL·E, Monsters University and Toy Story 4 answered a few of our questions during a Zoom interview:

Animation Magazine: Congrats on your charming new short, which gives us another glimpse into the mystical Great Before world of Soul. Can you tell us a little about how you found yourself directing 22 vs. Earth?

Kevin Nolting: Well, I was still editing Soul when this opportunity came up. You know these shorts used to be part of the DVD bonus package, and that carried over to Disney+, which is great. We were initially going to release Soul in June of 2020, so the conversation about the short came about around January 2020 before the release. I wasn’t actually part of the story pitches for the short because I was busy editing the movie. Traditionally, the head of story would direct the short, but in our case Kristen Lester was head of story and she had just directed her own great short Purl, and she was developing ideas at Pixar. I just happened to be in the room when the conversation happened, and I fell into it and it fell into me! 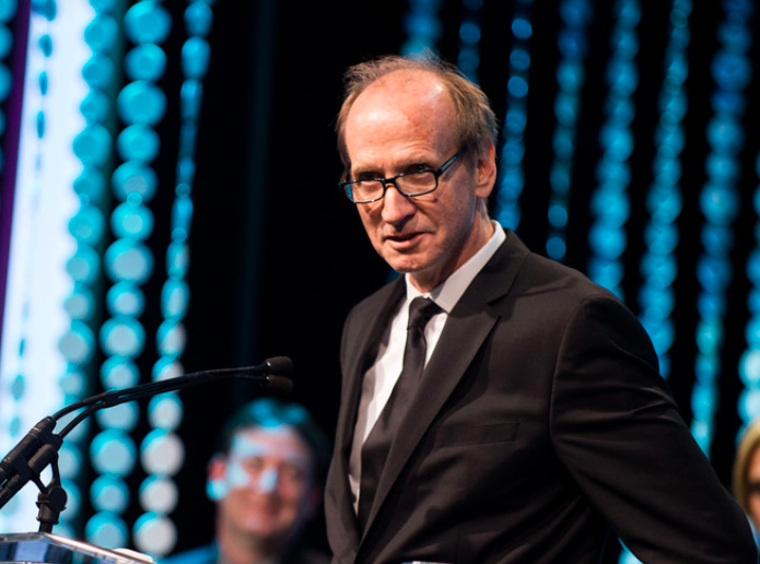 How long did it take from talking about the short and actually delivering it?

It was very fast. Once we settled on this idea, Josh Cooley wrote the script, and he’s very fast and it’s a very short film. We were boarding within a couple of weeks and then COVID hit and that’s a whole ‘nother story. We finished mixing in September of 2020. We had about 30 to 40 people working on the short, and probably a lot more behind the scenes.

Were there other ideas to focus on some of the other characters in the movie other than 22?

There were three solid pitches for a short. One was about the cat lady and the cat, which I also loved. There was a Terry idea that we developed a little bit. But 22 was the logical choice. She is such an endearing character and people love her. As we were making Soul, we were constantly talking about her backstory and trying to fill it in for ourselves, just for background. So, there were a lot of unanswered questions to explore with this character.

What do you particularly love about the short and the direction you decided to go with?

You know, I really relate to 22 and her cynicism, and I love the contrast you see with the innocent little souls. Coincidentally, at the time we were making the short, I was around my then two-year-old grandson a lot. So, just witnessing the contrast between this innocent thing and us, I just found that really fascinating.

How does it get decided who gets to work on a short, as a feature is wrapping at the studio?

The shorts at Pixar provide people the opportunity to work on the next job, in this case to supervise. In the case of the short, the production schedule worked in a way that as departments wrapped on the feature, we would pick up leads or people in those areas to be the supervisor within their department. They’re familiar with the world and the sets are there. So, we basically as the feature wrapped, we embarked on the short.

How does editing live-action movies compare to editing animated features? How did it feel to transition to directing?

As I look back at it, it feels like a natural progression. I studied writing in college and I also studied art, so going from live action to animation, the fundamentals of editing are always the same. You find the rhythm of the movie and where you want to be and how long you want to be there. To edit animation, you need to have more patience and the process is slower, but you’re deeply involved in the writing process. That really appealed to me. So that exercised that part of my brain, while I still got the editing part as well. The editor in animation is so involved in every department, heavily involved in story and layout. I’d go to animation daily, so I got this great education watching Pete Docter directing animators all the way through the end of the process, so directing the short wasn’t as big a transition as it would have been otherwise.

Which animated shorts have left a big impression on you through the years?

I grew up with Warner Bros. shorts and Looney Tunes, so there were many that inspired me. At Pixar, I just love Ralph Eggleston’s Oscar-winning short For the Birds, which tells such a beautiful little story with no words.

Without giving away any spoilers, 22 vs. Earth has a wonderful punchline right towards the very end of it. Can you tell us how that joke came about?

That punchline came in stages, and I can’t even remember whether it was in the original script or not. Then, we added a punchline to the punchline, and I believe it was our producer Dana Murray who said, what if you did this and what if you came back!

What would you say was the most difficult part of the project?

For me, as the editor, I am used to working through trial and error, and I don’t really have to articulate my ideas verbally. I can take the material, play around with it, try things — and if they fail, they don’t matter. Now suddenly, I am working with an editor and I have to communicate what I want in a way that will get me what I want. On a personal level, that was my challenge.

What is the one thing that people don’t know about the job of an editor?

I think people probably don’t know how much work is done. We record tons of dialog and just carving a performance out of that is a lot of work. People also don’t realize that despite all the talent at Pixar and all those movies we have made, each one of them goes through a long, painful process of failing and trying out new ideas. It’s not like we say, “Oh, we’ve made 10 movies, and now we know how to do this.” We do version after version after version until we get it right.

The trajectory of your career has been very interesting since you moved from live-action editing to animation to directing. What kind of advice would you give someone who is finishing school and want to jump into an animation career?

What I tell people is that you have to be open to the experience. You don’t know what’s going to come up and when it’s going to happen. The things that you expect are going to work out don’t and the things that weren’t even on your mind suddenly appear. Just working at Pixar was a random phone call for me out of the blue. I hadn’t really thought about it. I was brought in as the first assistant editor on Finding Nemo. An old friend from my live-action days was working at Pixar, and Pixar used to make one movie with the same crew so it took a long time between movies. Right around 1999 they decided to make a movie per year, so they needed more crew to do two or three movies at one time, so I just stepped right in.

You may also like...
Related Topics:22 vs. Earth, featured, Kevin Nolting
Geographic Region:Worldwide