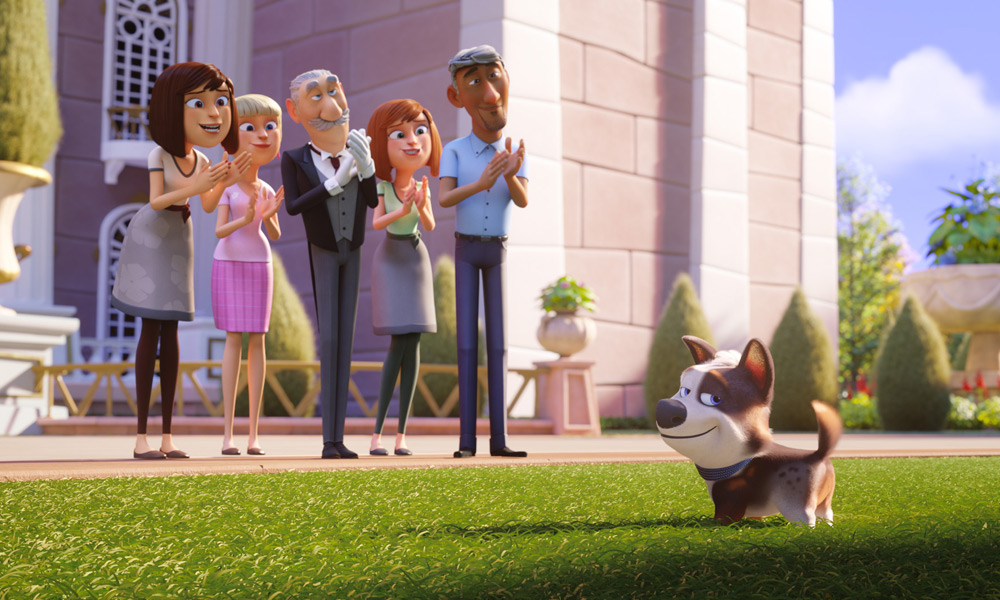 A few weeks ago, an animated feature titled Dog Gone Trouble (a.k.a. Trouble) climbed to the top of the Netflix most-viewed titles and stayed in that prime position for seven straight days, without any publicity or fanfare behind it. The charming CG-animated movie, which was produced by animation veteran John H. Williams (Shrek, Valiant, Space Chimps, Charming) and Danielle Sterling (Gnome Alone, Fe@rless, The Addams Family 2) and directed by Kevin Johnson (Early Bloomer, animator on Iron Giant), follows a pampered pooch (voiced by Big Sean) who must learn to live in the real world while trying to escape his former owner’s greedy children. We caught up with Williams and Johnson to find out more about their sleeper hit:

First of all, congrats on the success of your indie hit! Can you tell us a bit about its origins and how it all came together?

John H. Williams: I was the film’s originating producer and Vanguard developed the IP from a pitch and script by Jordan Katz, which was then rewritten by John Murphy and Rob Muir with our director Kevin Johnson. The story was inspired by the story of Leona Hemsley giving her very spoiled pooch $12 million in her will to keep the dog in the lavish lifestyle it was accustomed to.

I knew Kevin from his prior days working at Starz Animation and approached him about directing this almost six years ago. Kevin had a love for the story and a flair for telling it, and that is why it is currently in Netflix top 10 most-watched movies list and has been since it’s premiere over Memorial Day Weekend.

Kevin Johnson: So, my introduction to this project came through John Williams and Jeremy Ross, where we had a cup of coffee at a Starbucks on Cahuenga (back when you could just casually do that). I had talked with a writer, Rob Muir, I had recently worked with and we became a team in mapping out the story we wanted to tell. We talked with John about the current script, where things were at and what fun we wanted to inject into the story. John was enthusiastic and supportive, so Rob and I rolled up our sleeves and dove in. 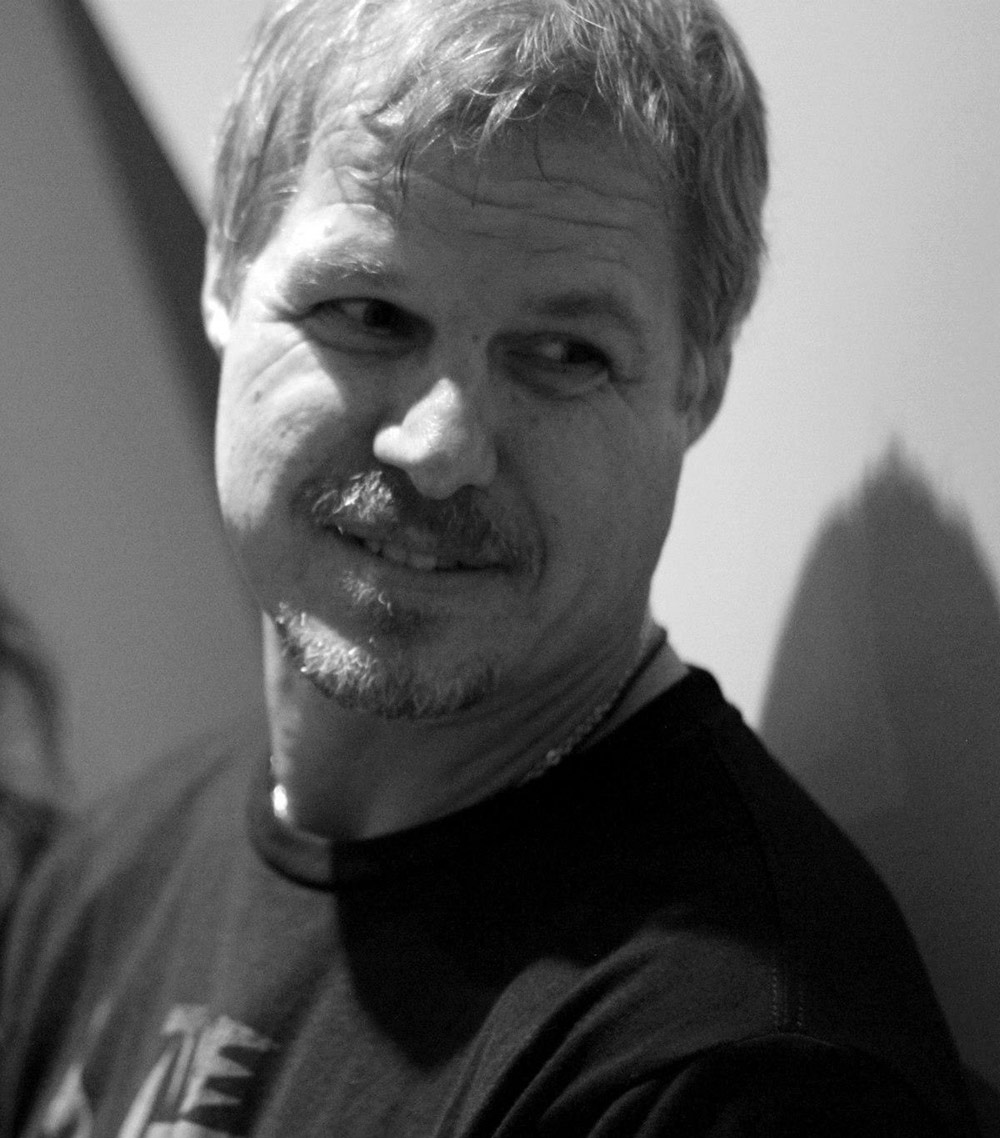 What attracted you to this movie?

How many people worked on the feature with you? Where was the animation produced?

That’s a good question and one better suited for a producer, but the core artists and production crew/staff was around 150 and the production was set up at Cinesite, Montreal. 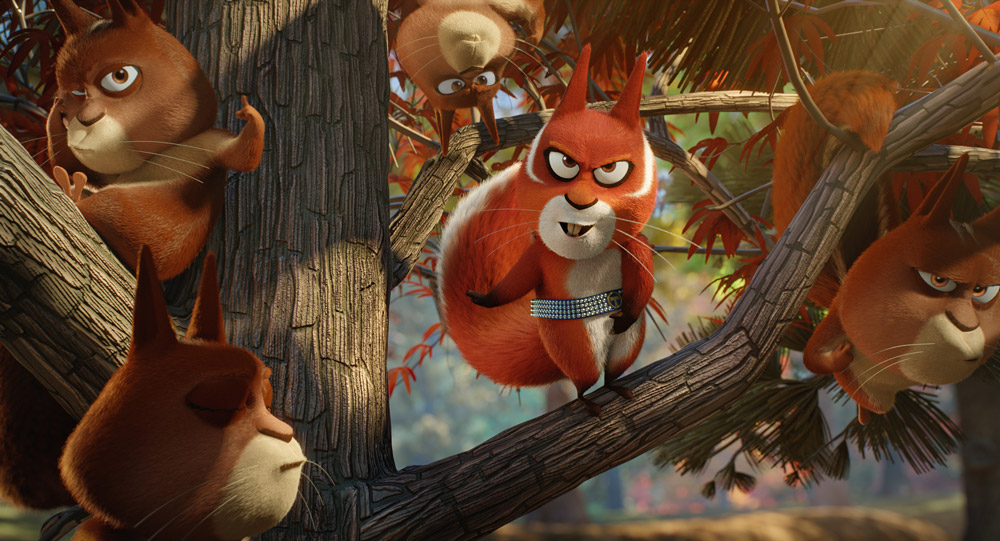 Can you tell us a bit about the visual style and inspirations for the movie?

When doing a dog movie, picking a look was important, as you want to find a way to separate yourself from all the other dog-centric movies that have been done and done well. Gil Rimmer, our production designer, was a huge help in setting the tone of the look — especially in terms of color. As far as animation, I’m a fan of the more zippy Warner Bros. style of animation, but we had to balance that with the sincerity of the heart of the movie itself.

We used the characters as our compass for the animation style and picked a few sequences to establish look and tone. One sequence early on I put into production was Thurman the animal tracker [Wilmer Valderrama] comes upon the scene of the crime where the dancing squirrels roughed up Trouble. This helped nail down the comic absurdity I wanted as well as the going in and out of reality with the character. Thurman lived on a different plane than most.

I was walking my dog the other day and a young girl approached me and said, “Your dog looks like the dog from that new movie Dog Gone Trouble on Netflix!” Why do you think kids were able to find the movie without any major publicity or promotion?

Thanks for asking this as well. Short answer … I don’t have any idea. But, I guess it has something about why I chose to do this movie: Because it’s about “Mans’ Best Friend.” We tried really hard to make all the dogs appealing and unique and I think we succeeded on some level. Designing and nailing down Trouble was tough, but I think he is an every-dog dog. I do think the movie being doused in music was a huge help as well. And looking at the image Netflix put up front, it was pretty appealing. We are glad it’s doing as well as it is. 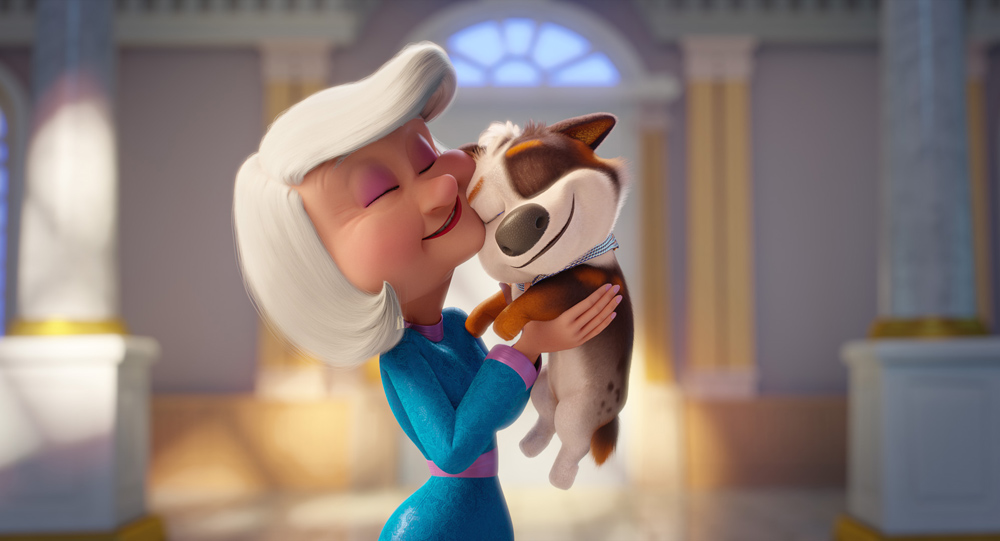 What was the toughest aspect of directing this indie movie?

What are you most pleased about in this project?

That’s tough. I’m most pleased about something I had little to do with: The mash-up Snoop Dogg does over the end credits with his daughter. That was cool. Second (if I can have one) would be the style of animation and the facial elasticity we achieved and got the performances out of. Thank you, animators and rigging team! 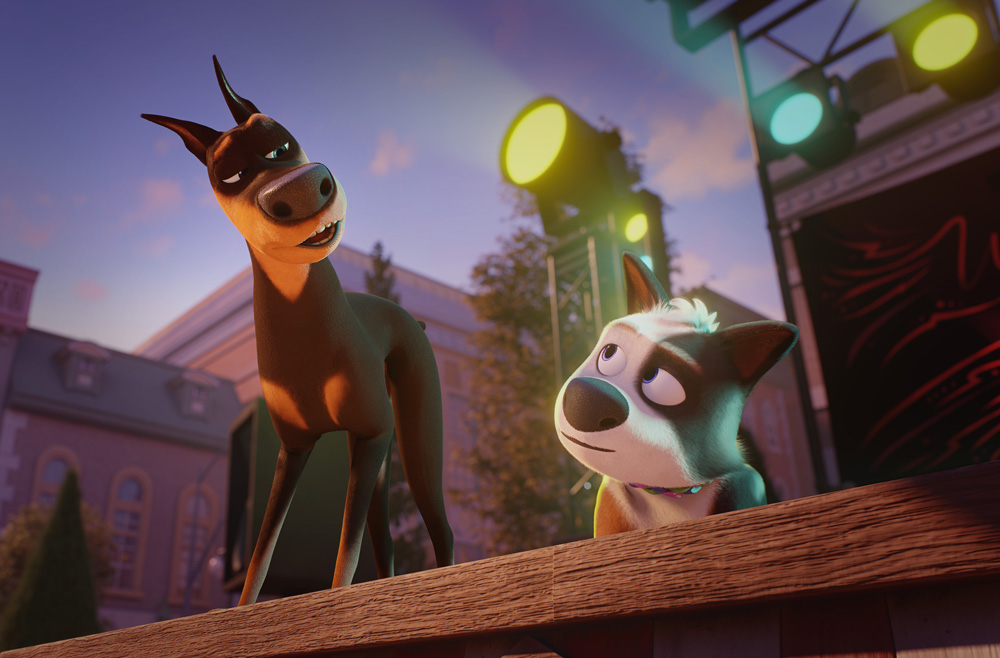 What kind of advice would you give others who would like to follow in your footsteps and crack the puzzle of Netflix algorithms and indie animated movie making?

I don’t know about Netflix algorithms, but know what story you want to tell and get the script in close proximity before moving to another country. And choose a city with good food. Montreal was great!

Things have changed a lot since the days of FernGully, The Thief and the Cobbler and Thumbelina, movies that you worked on as an animator early in your career. What’s your take on the wild world of animation today?

It’s a new dawn in the world of animation! Yes, wild indeed but endless with much promise and with an ever-changing platform for audiences. I am very excited for all in this medium’

You can catch Dog Gone Trouble on Netflix at www.netflix.com/title/81349324. The movie is produced by 3QU Media Vanguard Animation WV Enterprises and Cinesite Studios.