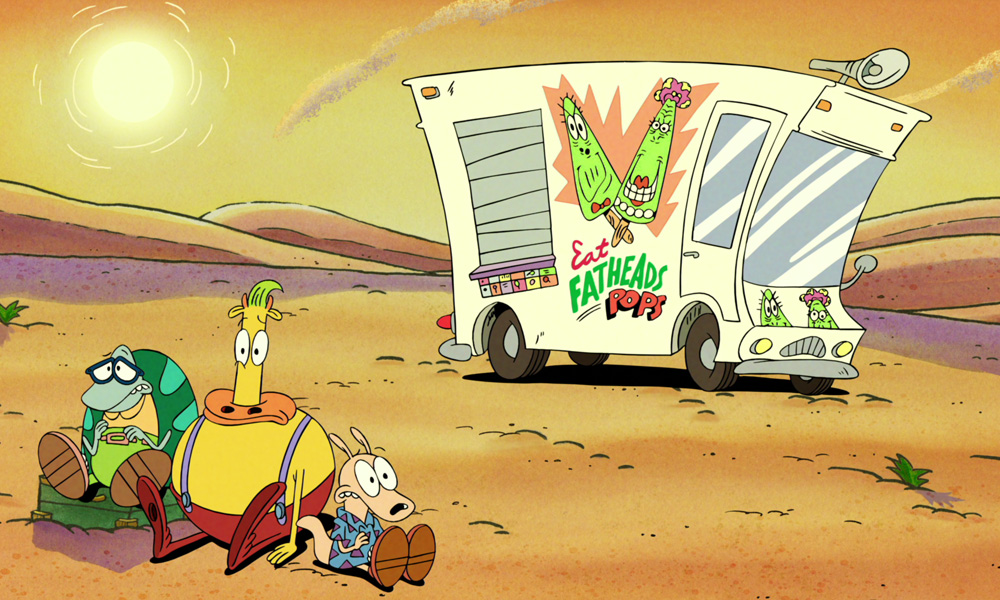 It’s been over 22 years since audiences bid farewell to timid Aussie wallaby Rocko and his friends Heffer Wolfe, Filburt and faithful dog Spunky. This week, all the beloved characters are back in Rocko’s Modern Life: Static Cling, a spanking new animated feature, which finds them dealing with life on 21st century Earth after spending a couple of decades in space. We caught up with the show’s brilliant creator Joe Murray to get his take on the return of his hugely popular character:

Animag: First up, congrats on the amazing return of Rocko and the gang to cartoonland. It must have been such an amazing experience to bring back these beloved characters. Can you tell us how the movie came to be?

Joe Murray: Thank you. Basically, Chris Viscardi from Nickelodeon called me and asked me if I would be interested in doing a special. I said, “Does anyone else at Nickelodeon know you are calling me?” I thought he went rogue. But when I found he was serious, I said I had to think about it. I could mess up how Rocko is in the fan’s heart with something like this if it wasn’t done right. After thinking about it, and coming up with a possible story idea, I signed on for it. But I told them it couldn’t be a watered-down version of Rocko. It had to stay true to what the original show was.

How did you feel about bringing back the show and updating everything to our brave, new world?
It excited me to see how these characters would react in the new millennium. It was ripe with possibilities, and the characters were still relevant and had something to say. Being that Rocko was shaken up with the new world after being in space for 20 years, and Heffer and Filburt embraced it, was perfect for them. Their relationship was still viable and their chemistry worked.

What was the toughest part of approaching the script and these characters again?
I sometimes had to consult with the younger crew members who grew up on Rocko for certain details that I couldn’t remember. Tom Smith, one of our storyboard story artists, was such a fan that he knew every incidental character we ever did. There were a lot of call-back gags that you only would know if you watched the original series (Why does Spunky get boxes of mops shipped from Amazon all day long?). So, getting everything historically right was important. But also making sure the characters’ traits in the story were consistent with who they were. But it is 20 years later, right?

What pleased you most about this rewarding venture?
I had a really good time doing it, which I didn’t expect. I was going through some personal trauma when I produced the original series, so it was great to revisit the characters while being in a really good place in my life. And I got close to a new crew of artists which were all amazing. And my co-director, Cosmo Segurson, who was such a meticulous artist with the project.

What is different about the way you did the movie compared to how you approached the original series?
We had a lot more time to finesse the hell out of it than we did on the original series. It was a tighter schedule on the series. With the special, it was slower work of quality.

What did you hope to achieve with this new movie in 2019?
There seemed to always be the question of, “Will there ever be more Rockos?” And my answer was always no. But here we are. I hope it satisfies some of the hunger for more Rocko mayhem, and to see that Rocko, Filburt and Heffer finally made it back from space. To those who know the show, I hope they enjoy it. If someone doesn’t know it, maybe they will discover it.

Which part of the movie are you most proud of?
Rachel’s story is the part that I am the proudest of, and the most rewarding to do. But I also really liked when crazy Aunt Gretchen got electrocuted.

What is your take on the wild, wild world of animation in 2019?
I’m aching for some new stuff. Fresh new faces and new characters who take us to some new places. There is more opportunity for more content these days than ever before, so there should be some risk in there. Let’s have a new golden age!

Why do you think audiences fell in love with Rocko and the gang originally and continue to love them after all these years?
That’s a hard one. I don’t know. It’s funny, when I was negotiating for the budget of Rocko to go up, I kept saying to them, “You know, this show will still be making you money in 20 years!” I never really thought it would be true, but I’m glad it is. These characters were loved by those making the world they lived in. So, maybe that has something to do with it. It’s a lovefest!

What is the most memorable reaction you have had from fans or celebrities regarding Rocko?
I loved it when Kristen Stewart yelled out that she loved Rocko’s Modern Life at the Kids Choice Awards. And Howie Mandel called to tell me how much he loved the show and he wanted to make a show with me (which didn’t work out). But the fans themselves are always great and the panels and live events are always sell outs. We have over a million followers on the Facebook Rocko page and the way they dress up and participate is just awesome. Couldn’t ask for anything better.

Any brilliant words of advice for animators who want to make it these days?
Be true to yourself and your own voice. Make sure you innovate, not imitate.

And most of all, be prepared to work your ass off, because that is what it’s going to take. 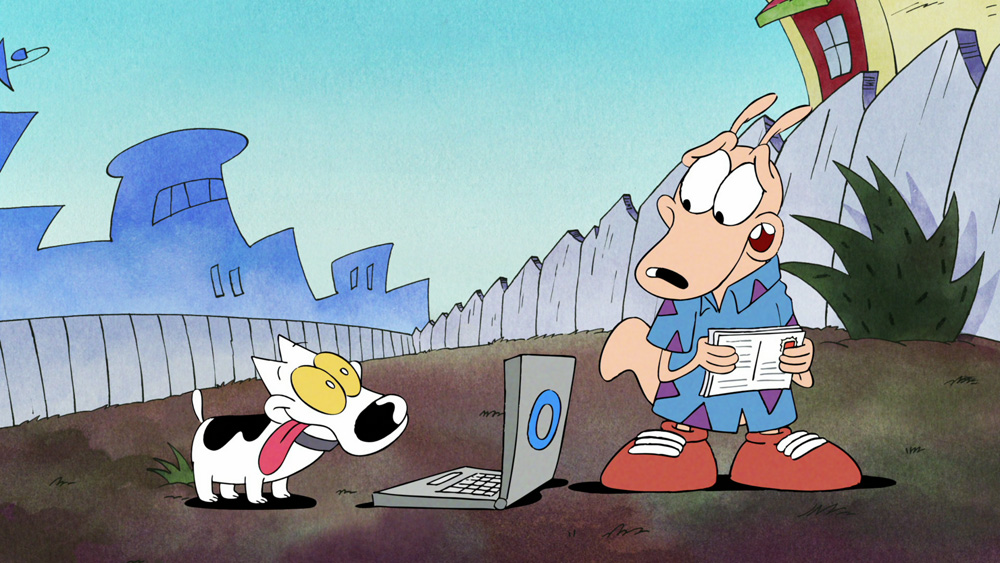 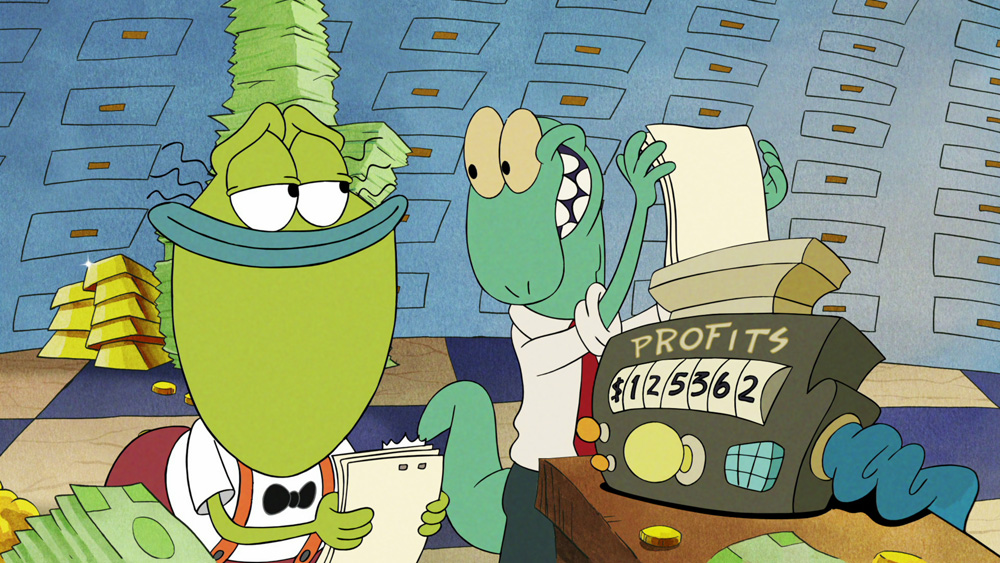 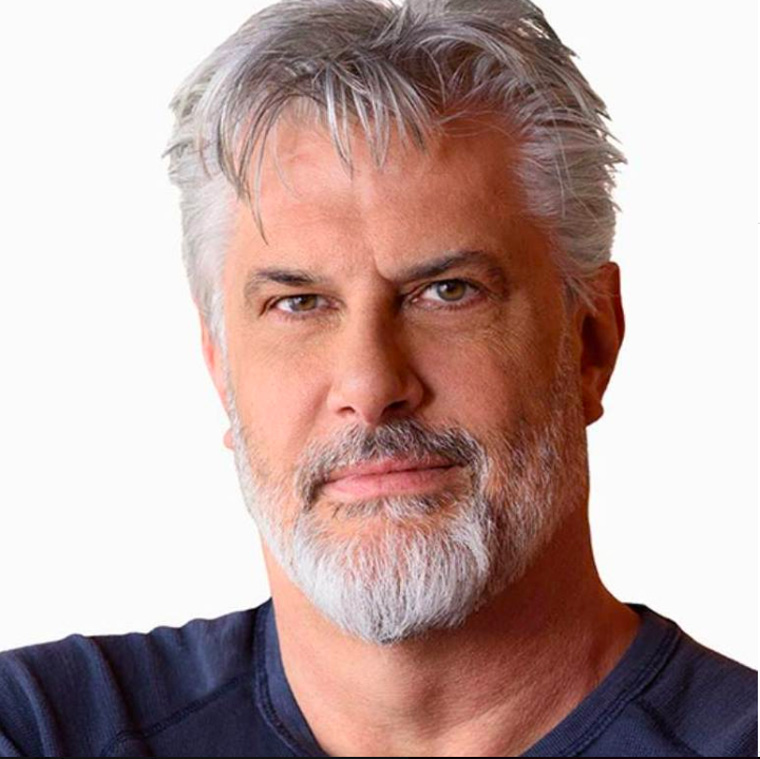