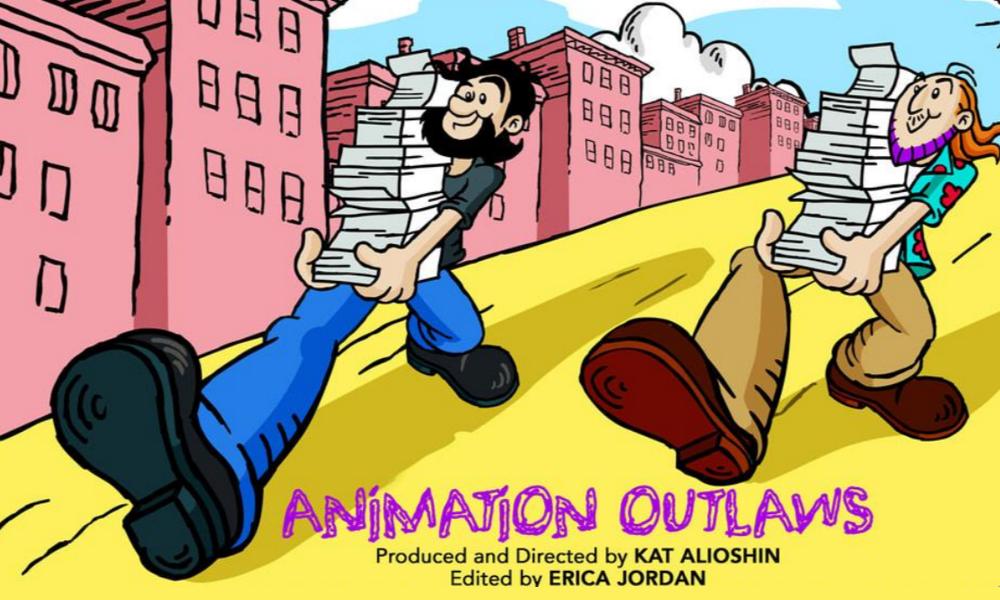 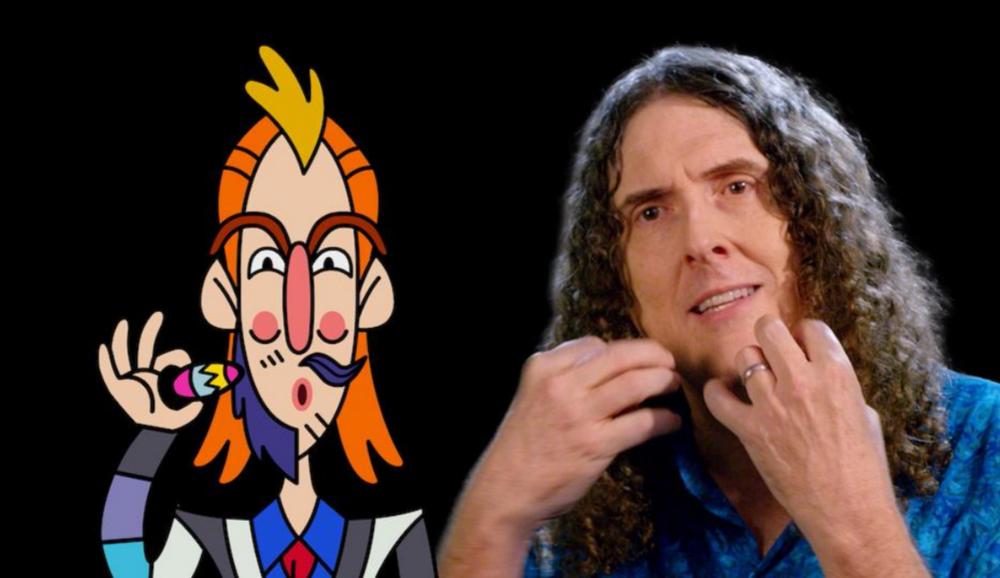 We were very pleased to chat with Decker and Alioshin about Animation Outlaws and Spike & Mike’s contribution to the animation short scene:

Animag: Can you tell us how the documentary came about and why you agreed to participate?

Spike: Kat worked with us in the late ’80s. I trusted her and knew she had the chops to create a professional doc. I had been approached from a few other sources, but I knew Kat worked in animation on Nightmare Before Christmas and James and the Giant Peach and would be able to find all the right people.

What are some of the best memories you have from the early Festivals of Animation?

People that came to our shows expected to have a good time. We gave them more than their money’s worth. They were blown away by all the talent and entertainment. We turned it  into a counterculture event with a very diverse audience. 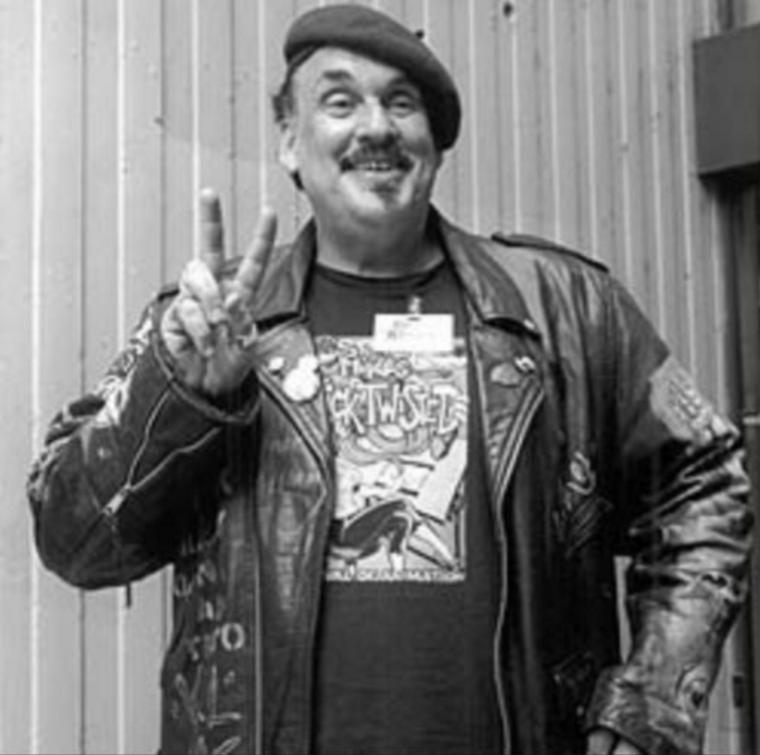 What do you think of the fact that many of today’s leading forces in animation today got their first breaks in your animation collection?

We believed in these animators when they were 19, 20, 21-year olds. We had watched so many short films from around the world and we knew a keeper when we saw it. We knew that we could help them create a finished film if we helped them finish inking and painting the cels. A big deal was having the cels filmed on 16mm and then 35mm. We had to help them pay for it or no one would have been able to see the finished film.

What was your criteria for picking the shorts that were included in the festivals?

Humor has always been a main criteria. Then we looked for films that had a beginning, middle  and end. Sometimes not always in that order. There is an ebb and flow to curating the entire 90 minutes, so it wasn’t always about picking a single film, but a group of films that complement each other. We looked for highly creative and artistic and beautifully rendered shorts

What was it about those early festival experiences and films that made them so special?

Mike was a comedian. He was the best MC. He really got the crowd worked up and made them feel special. I had a pet Scottie dog named Scotty the Shredding Wonder Dog. When he came out on stage, the crowd went wild as he chased the balloons and then popped them. We sold T-shirts and posters and had many of the directors at the shows signing the posters. It was the same vibe people get from today’s Comic-Cons. The fact that we turned it into a special event. The high energy and quality of the films. We knew how to please the audience.

What do you think of today’s animation scene and shorts festivals?

It is very easy now for anyone to create a short and get it out to a lot of people through social media. I don’t follow any of the short animated film festivals now. There isn’t the same sense of urgency to have a festival in a town for two weeks and need to have sold-out shows to pay for the rental of the theater. There is great animation out there still and you can see it as an individual piece. What is lacking in today’s animated shorts is seeing them curated in a context of a 90-minute program and including the artists that make the shorts so they can share their process of making it with an audience.

What do you think Mike would have thought of this documentary?

Mike was a showman. He would have loved to see that a festival he helped create in 1977 was getting recognition for what it really was: an incubator for bigger films to come from these talented filmmakers who were given a chance to experiment and get their films in front of large audiences instead of just fellow students.

How are you keeping busy these days?

What are your favorite animated shorts and movies of all time?

What do you home audiences will take away from the documentary?

They should see how Mike and I started from nothing and created a genre where none existed. That we never took large corporations’ money and we persevered with the street-style marketing. We dug deep in our pockets and paid for a film to be finished and then put it in front of millions of eyes.

How do you see the future of Spike & Mike’s Festival of Animation?

I want to merge or have the brand acquired. The company would have me stay on to do the curating/networking/finding new content that I feel I do better than anyone. I built a huge library of content with a broad spectrum of RIGHTS that I want to monetize.

What inspired you to make this film?

Kat: I met Spike & Mike in 1985 in La Jolla, at a restaurant where I was waitressing. They were being obnoxious with their entourage, throwing ice cubes, demanding individual catsup bottles. Being the youngest of six siblings, I knew I could handle a table of wild ones. It so happens I fit right in.

I became part of their entourage and started promoting with them. Promoting is very hard work when you are not using television or regular advertising. We handed out 1,000 flyers at every college campus, concert, wrestling match, theaters and anywhere there was a line. I worked the box office at La Jolla Museum of Contemporary Art for their two- to four-week runs.

In Jan 2017, Spike was in S.F. and we met at Cha Cha Cha’s. He was whining about no one doing a documentary about the Festival of Animation. He said he had been approached but the people that wanted to do it had no interest in animation. The light bulb went off right then, because I had spent the last 25 years in animation and I had worked for them. I was a perfect choice to share their story. Spike inspired me to make this film. My desire to show his dedication so that he can get credit where credit is due. 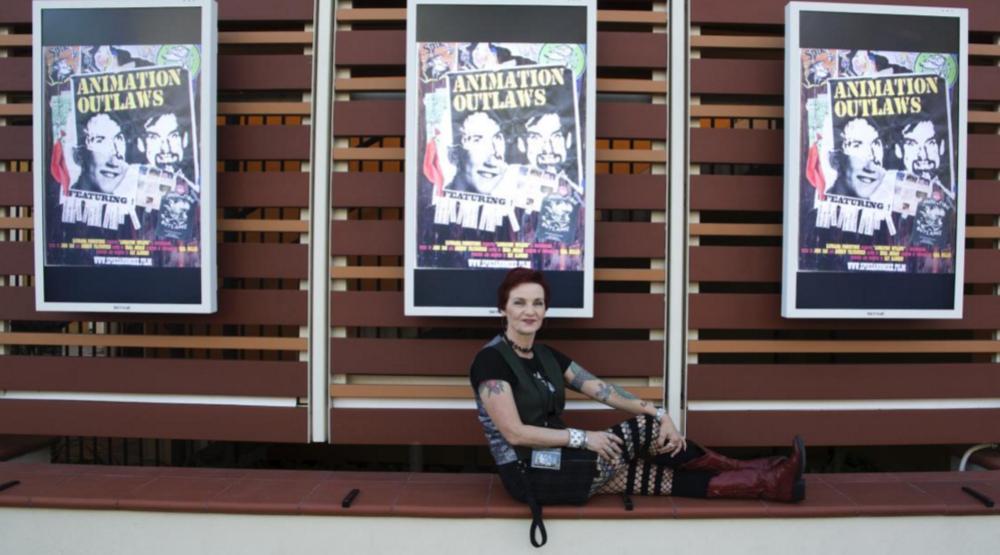 Why do you think it’s important to tell this story at this moment in time?

Spike & Mike’s Festival of Animation and Sick & Twisted opened doors for countless animators who have gone on to create some of the most beloved animated films. They created opportunities for a niche genre – short animated films that did not exist. Animation Outlaws can be used in animation history classes to show where many artists were given the opportunity to create. Going to a theater to sit for two hours and watch 15 to 20 short films does not happen anymore. It is important to show that this was a way that audiences discovered and viewed films.

Can you talk about the dynamic between Spike & Mike. How did they operate in synergy?

These two schmucks were polar opposites. Mike was a book buyer. He knew authors and quoted from books. He had taste in fine wines. He loved to travel the world. Spike has a fear of flying, and only picked up a newspaper to read a critique of the Festival. He doesn’t drive and doesn’t drink. Mike is the front man, the introducer of the show with insights and backgrounds to all the animators. Mike was welcoming and engaging. Spike was the behind-the-scenes guy and is not entirely approachable. He made the money deals and used his large size and gruff voice to keep order. With all their differences, they made a completed perfect pair. Their combined efforts are why the Festival lasted 40 years. (Though Mike passed in 1994, Spike uses the legacy of Mike to continue.)

What tools did you use in production or post to create the mood and tone of the film?

It was intentional to have the interviewee speak in front of an animation clip. I use 65 animation clips to expose the viewer to the many different styles of film but also, in the case of the interviewee, to have them “inside” their work. This process meant that I had my director of photography, Carl Miller, light and shoot against greenscreen. I wanted as much animation in the film as possible. We have stop-motion animation with the Spike puppet, and then the 2D style with the early years in Riverside at the Mellow Manor. Then we see the 2D style again during the anecdotes. 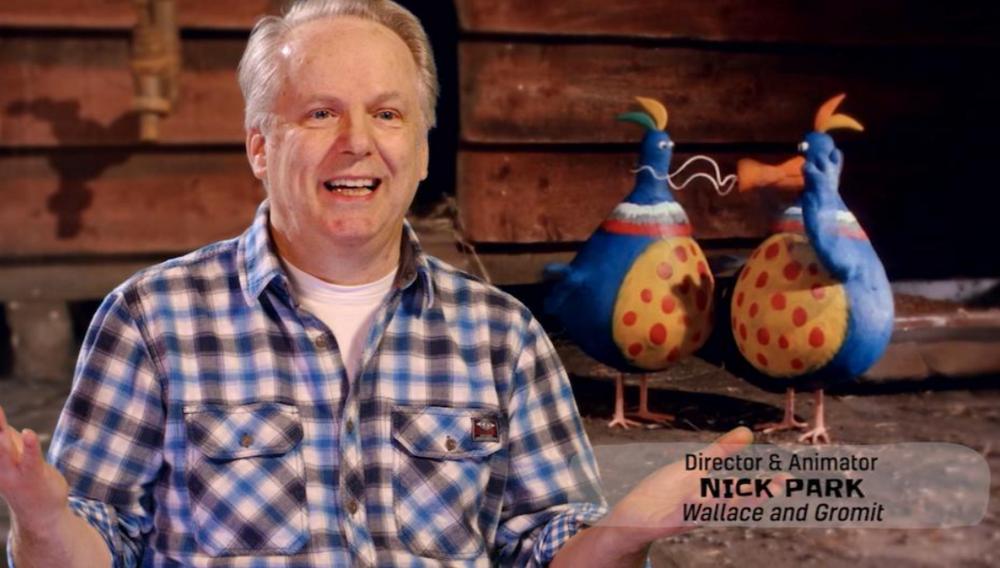 I could not find any footage of the food fights and water wars, so we drew them instead. I used a Bay Area fab team of three women, Cindy Ng, Kris Toscanini and Lyla Warren. Another animation technique was used to bring to life the flyers during the title sequences. The flyer art was a big deal to me during the promotion. I was so proud to hand out flyers with incredible work on the cover. I wanted to make sure we see the flyers more than once, and it made visual sense to use the flyers as the segment title cards. An Oakland company called Sneaky Little Sister added the motion graphics to the photos we found. My intention was to steer away from talking heads and still photographs and keep images “breathing” and lively.

Music is a main tone activator. I asked a high school friend who happens to run a successful post music house to compose the music for me. John Nau of Beacon Street Studios took my verbal notes about how I wanted the music to be and wrote fantastic mood music. I wanted a punk rock edge to one of the pieces and it made sense to me to ask Sarah Shelton of The Brand to give me a piece of her work. She worked for Spike and I interviewed her. She recently passed since the filming – rest in power.

What do you hope audiences will take away from seeing Animation Outlaws?

I hope they gain an appreciation of the hard work it took to find a film and promote it guerilla style, day in day out, on the street, and learn that hundreds of people went to see short films in a sold-out theater. Hard work came from two regular guys out of Riverside who knew what great animated entertainment was and how to engage an audience by creating an event atmosphere. There was no other place to see short animated films and Spike & Mike created a genre where none existed.