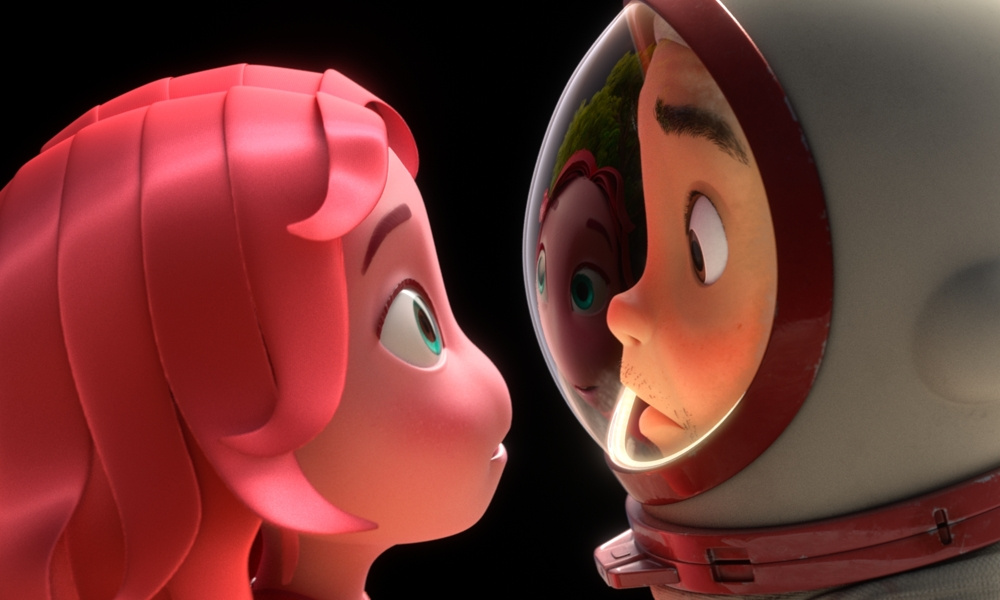 Filmmaker Joe Mateo’s beautifully crafted and emotionally powerful new short Blush is set to premiere at Annecy as part of the festival’s closing night presentations this Saturday. The CG-animated short, which is billed as the inaugural short by Skydance Animation and Apple Originals, centers on an astronaut who crash lands on a desolate dwarf planet, but finds his life saved and forever changed by an ethereal visitor.

Mateo is an Emmy-winning artist (Prep & Landing), who has been a long-time animation veteran at Disney and Pixar and has worked on features such as Pocahontas, Mulan, The Hunchback of Notre Dame, Tarzan, The Emperor’s New Groove and Treasure Planet. In addition to co-writing Meet the Robinsons (and voicing T-Rex), Mateo served as story artist on such hits as Bolt, Tangled, Zootopia, Wreck-It Ralph and Raya and the Last Dragon, and head of story on Big Hero 6. We had the chance to chat with Mateo about how he was inspired to create this short after losing his wife to cancer four years ago and what he hopes audiences will take away from it: 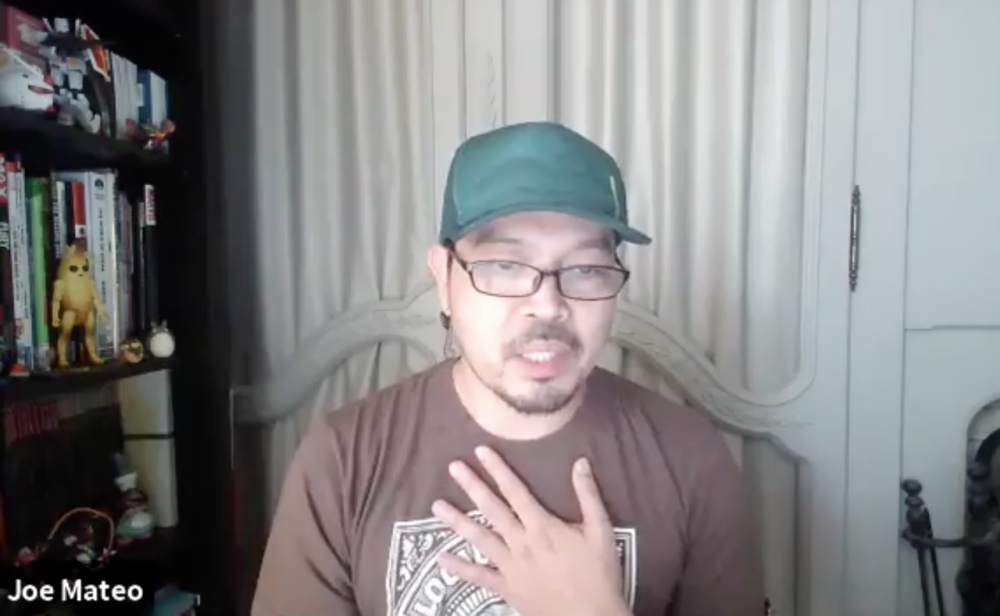 Animag: Congratulations on your short being so well received at the Tribeca Film Festival and being selected to close the Annecy Festival this week. Can you tell us a little bit about the origins and inspirations for Blush?

Joe Mateo: When I lost my wife about four years ago, I couldn’t breathe. I didn’t know what a panic attack was, and it was the first time I had it. Right after that, I felt like I wasn’t able to breathe. I had a hard time going back to work. I was at Disney at the time, and everyone was very supportive. But drawing and animation has always been my outlet. So I thought, why not channel all of this grief and experience to tell this story? That’s how it all came about. With my kids, being the new air that I breathe, I thought I should share my source of healing and hope with the world.

Did the short start at Disney or was Skydance Animation involved from the beginning?

It wasn’t supposed to be a Disney project. When I started toying with the idea of the short, I started thinking about John [Lasseter], with whom I had worked with in the past. He had started his new position at Skydance at that time. He is so good at staying with the filmmaker’s ideas and is very supportive of the true story that the filmmaker wants to tell. So, I thought it would be awesome to have John as my mentor, because it is always scary to direct your first project. So, I made that leap and decided to tell him why I thought this film had to be made.

How did the storyline change and evolve during the process of development and production?

When I started to think about the short and where I would set it, I always wanted to set it in a small intimate place, a tiny planet perhaps. The not being able to breathe was a central part of the idea, so right away, I knew that I could show visually that when there’s no air, there’s no way of surviving. She was the one who provided the air for him. It’s really a love story about the family and what we all go through in life.

The design of the planet and the overall visuals of the film are quite striking. Can you tell us a little bit about them?

So, I designed the characters, and I followed my own personal style, how I always do storyboards. I am really comfortable working in that style and it fit with the tiny planet. I didn’t plan to design it, but John really liked how I did the storyboards and decided to go with it. For the look of the world, I had a lot of help from my production designer Noëlle Triaureauand my art director Julian Romero Muñoz. One thing that stands out: when we started production we designed the planet, I had a rough drawing and then, Noëlle did this painting that served as a springboard that really got everything going.

Another standout part was the design of the tree and how it grew on the planet. I know it had to be special, but the way I storyboarded it, it was just a basic mango tree growing. But Julian, our art director, came up with this spiral movement. I saw it and I knew it was perfect. It didn’t stop with the tree: It became a unifying element throughout the short. We have the spiral image, which symbolizes life and makes total sense for us.

Where was the animation produced? Did you all work from home?

We started production here in L.A., two months before the pandemic shutdown. It was a small group of us in Skydance L.A. We also collaborated with the Skydance Madrid studio [formerly Ilion Animation Studios] , which was awesome. That’s where most of the crew was based. We started with a small group and it grew from there. It took about a year and a couple of months. We all worked from home.

How does it feel to finally release this very personal project into the world? What would you like people to take away from Blush?

It feels like you’re showing off your baby. For me, it goes back to the original intent and message of the short, which is about hope and healing, and the importance of love. We knew when we started the project what our message was going to be, but for me, I didn’t expect the healing to happen to me in the process of making it. As you mentioned, it is very personal and it made me recall the moments, both happy and not-so-good moments that we had. Working with our crew at Skydance felt so safe. It was OK for me to feel vulnerable and I was able to convey all that emotion. It felt very special. I felt that Blush gave me and our crew who were working from home something to look forward to every morning. 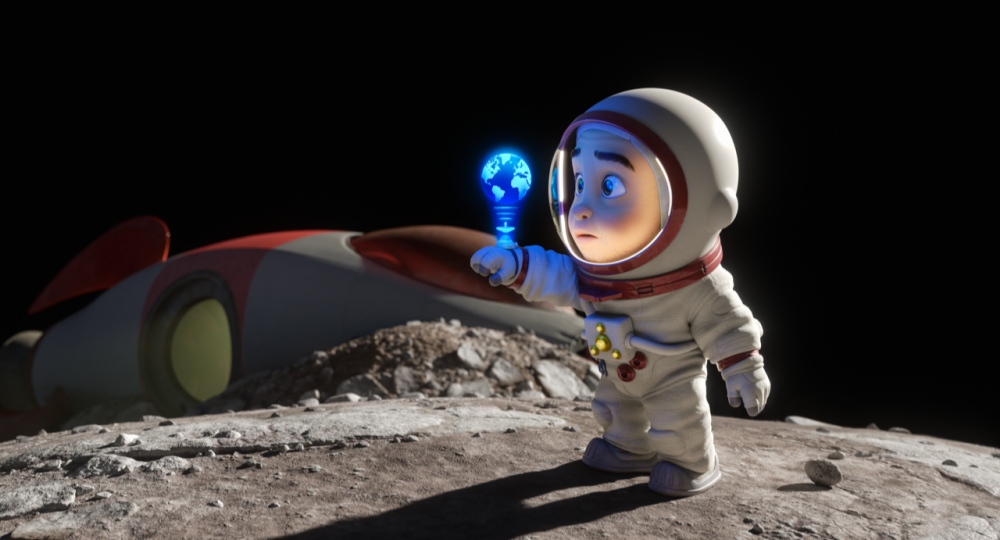 When did you decide to tie in your own personal photos and images during the end credits of the short? That was a really lovely touch.

Initially, I went back and forth. I wasn’t sure because I wanted people to relate to the short and have a connection with it. When we were putting the storyboard reel together, we tried it both with and without it, and it was just so much more impactful with the addition, and the message really resonated with that [autobiographical] connection. It became a love letter to my wife and my family.

You have worked on so many amazing movies and projects during your time at Disney. What did you take away from all those years of experience that you put into your first directing job?

I’ve been very fortunate. I started as an in-between artist, then became a 2D animator. I dabbled in CG animation and eventually became a storyboard artist. All those 25 years, I thought I knew about animation, but the most exciting thing was learning specifically about what those other departments had to bring to the process. I have this great appreciation for what everyone does. I worked with a lot of great directors before, and it really helped me learn how to work with people in general. It made me ready for this project, all those 25 years. I’m still learning.

When you were a kid growing up in the Philippines, did you always know you wanted to work in animation?

I was a big fan of Saturday morning ’80s cartoons, shows like G.I. Joe, Transformers, etc. I think watching Disney movies really made me look into the art form. It was amazing to witness how things come to life. That’s how I got into it. I took two animation classes in college in the Philippines, but I majored in advertising. So, all my knowledge in animation came from those two classes. I was just fortunate that there was an opening position for cleanup in-between artists for Pocahontas at Disney and I learned so much on that job.

How was the short received at Tribeca?

We just had the premiere last Sunday in New York and it was quite emotional. You know, there was no forecast for rain that night, but we got a heavy downpour. We didn’t know if people were going to stay. But most of the people did. Both my daughters [one is 22 now and the other will turn 18 in a few days] were with me and they were very excited and happy. Whoopi [Goldberg] asked me about what made me do this short, and I pointed out my kids in the audience. Seeing it on the big screen with other people made us all very emotional. People stayed after the screening and took pictures with us and told us how much the short meant to them.

Any final words of advice for other animation hopefuls who would love to create something that is important to them?

I never imagined being a director, but this idea for the story came along and it was so personal to me. So, my advice would be to find something that means a lot to you, and then figure out a way to tell the story in the most entertaining way. That’s it I guess!

Blush is screening at Annecy this Saturday. It will premiere on Apple TV + later this year. For more info, visit skydance.com/animation. 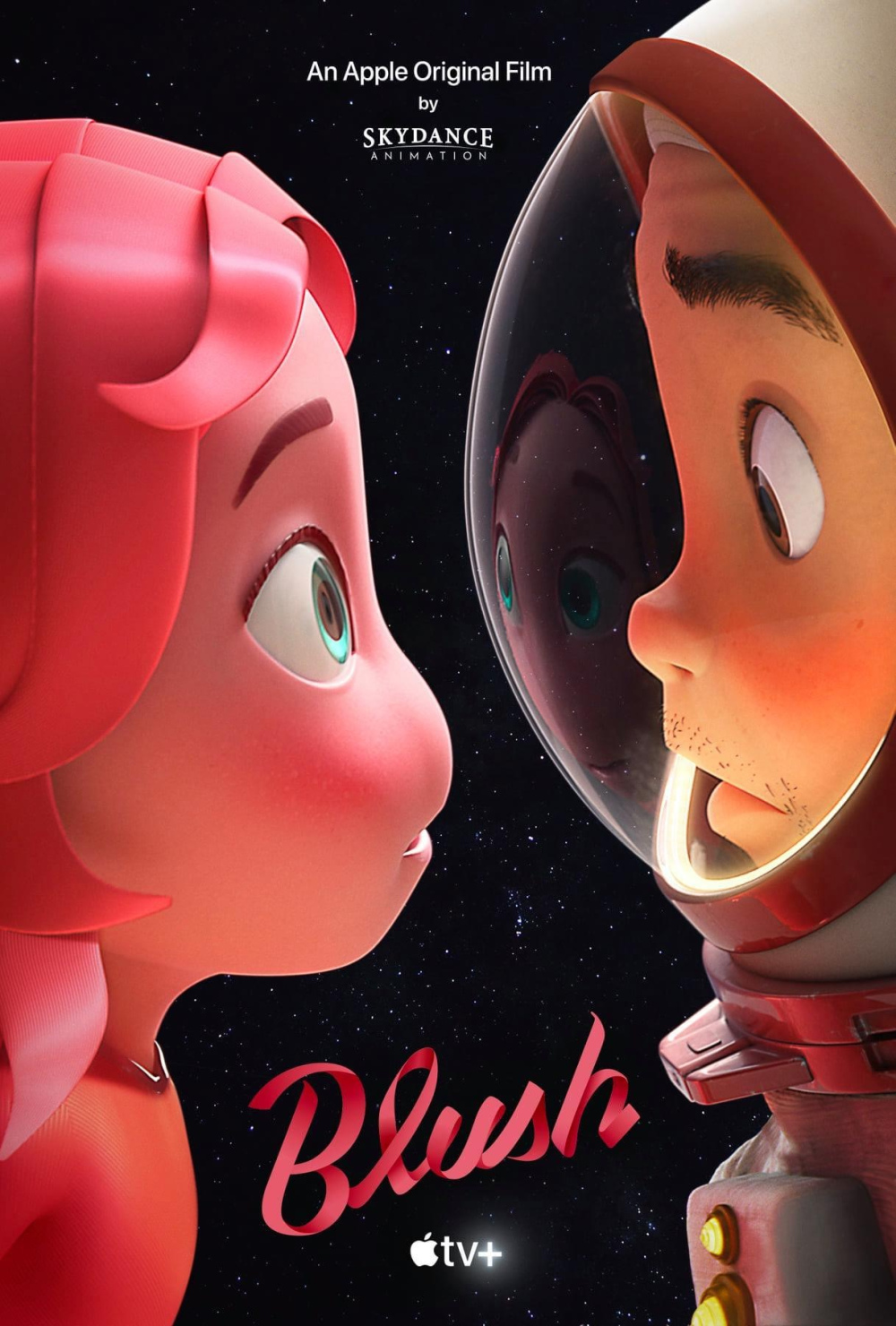