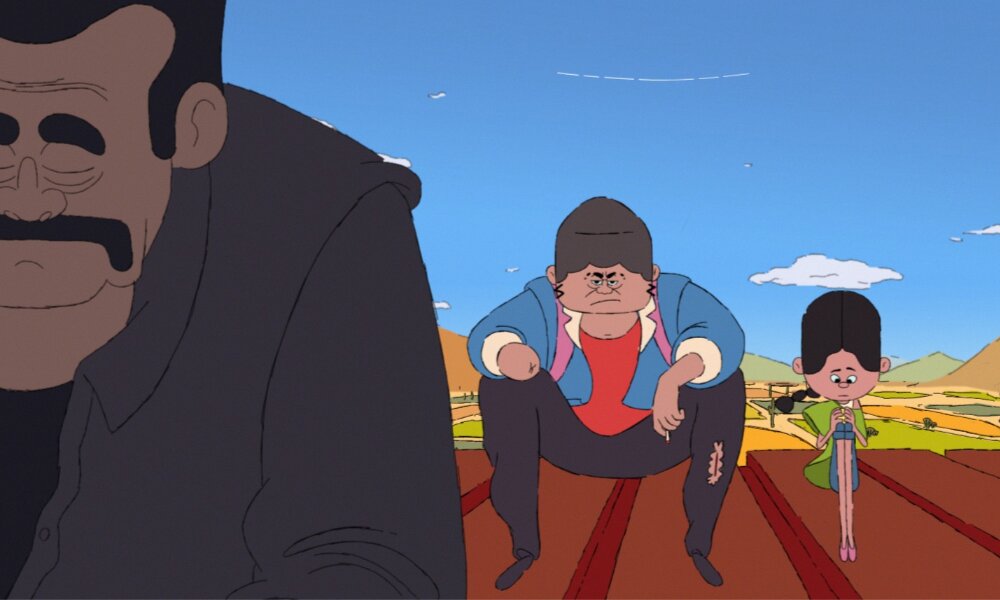 The acclaimed animated short La Bestia is one of the many shorts up for Academy Award consideration this year. The project, which was the thesis work by Mexican director Ram Tamez, Marlijn Van Nuenen and Alfredo Gerard Kuttikatt at the French school of Gobelins, l’école de l’image, was also the winner of the Annie Award for Best Student Film earlier this year. La Bestia tells the story of a young Mexican smuggler and a little girl who stow away on top of a cargo train to get to the U.S.A. We had a chance to talk to the short’s directors about their creative journey. Here is what they told us:

Can you tell us how you got the idea for this powerful short?

The idea came from Ram, who comes from Mexico. While living there he got to see the real train passing by more than once, with people on top of it. That image was the inspiration for a project about two characters travelling on top of a cargo train that is transforming into a monster. After pitching this concept during the graduation year at Gobelins, Alfredo and Marlijn felt a deep connection because of the migration aspect of it. It was the common ground for the three  of us, as we were all immigrants ourselves in a foreign country trying to look for opportunities, that made us believe in the potential of the project and kept us inspired to expand in the writing of the story, and during the entire making of the film.

How long did it take to make and how many people worked on this project?

The total time from beginning to end was 11 months. We were a core team of three people, but had a lot of help from a great variety of people over time. Some worked for short periods, others were there for longer periods of time. We had people help in animation and layout, but also music, foley, color grading — without whom this film would not have existed the way it does.

Which animation tools were used to create this short?

We used TVPaint for animation, Maya for 3D layouts, Photoshop for 2D layouts and After Effects for compositing.

What were some of your biggest challenges?

The fact that we were only three people and had a big story to tell was a great challenge. We needed to find ways to economize without compromising on the story. It took us a very long time to figure out how to do this, and once we did the COVID-19 Pandemic hit, which was another challenge on its own.

What do you love about the final outcome?

The montage is a special moment of the film, because for us the voice of the singer is the voice of the immigrants, which to us is a very important part of the movie and came together greatly thanks to the wonderful voice talent of Rebecca Gonzales.

What were some of the most memorable responses you have received from audiences around the world?

It’s been extremely touching to read people’s reaction who have lived the situation themselves or know people who did, and how they were thankful for the short. We also got back a great comment from director Sergio Pablos (Klaus) that meant a lot to us, calling the film “a beautiful marriage of storytelling, art and meaning.”

What are you all working on right now?

We are all working our day jobs in the animation industry. But on the side, as the main goal, each of us are developing new projects and are starting to pitch them around.

Did receiving the Annie Award raise the profile of the short?

The Annie really helped in the visibility of the short. After we won, a lot of people reached out to say that they saw it after that. It was an incredible honor to have received Annie and we are really thankful for the opportunities it has given us.

What do you hope audiences will get from your work?

We hope people will see that animation is not a genre, but an art form. Our aim was to tell a human story where the real transformation is not happening in the train, but in the journey of the characters.  In the end we mostly want to raise awareness for this social dilemma and we hope for the audience to feel something inside after seeing this film. Something that hopefully would make them remember it for a long time.

Preliminary voting for the 94th Oscars will be open to Academy members Dec. 10-15. The Oscar Shortlists will be announced Tuesday, December 21.