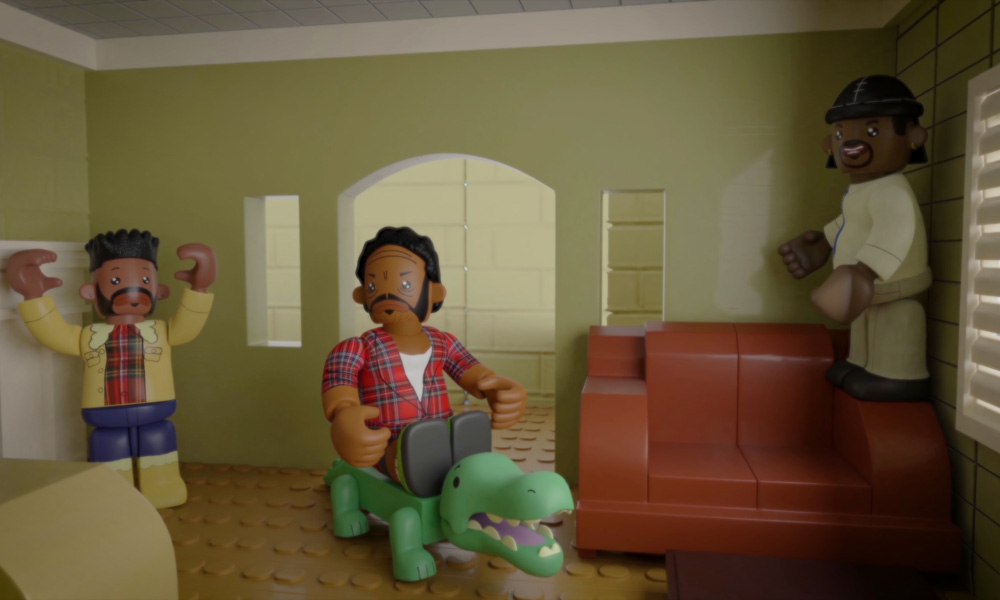 Whatever happened to the poorly animated Saturday morning TV shows of the ‘80s and ‘90s?  An irreverent new series called Sugar & Toys puts a mad spin on those toons, offering timely culture parodies, commercial spoofs and PSAs, and even satirical live-action bits. The 10 x 30-minute series, which is created by Carl Jones and Brian Ash of Black Dynamite and The Boondocks fame will debut this month on Fuse TV. Bookended by segments featuring rapper/actor Kyle (The After Party), Sugar & Toys promises to bring a lot of timely absurdist humor to the toon table.

Carl Jones, who is also exec producer on the new Adult Swim show Lazor Wulf, says the origins of the show go back years ago, when he and a network executive where talking about Saturday morning cartoons. “We were wondering what happened to those old cartoons which disappeared because people became more aware of the problem of childhood obesity,” he says. “The only reason these cartoons existed was because these big companies wanted to sell their sugar-coated cereals and candies and toys to children on TV. Even the toys they sold were toxic. So Brian and I started kicking around this idea of doing a parody cartoon block which had the aesthetics of the cartoons from the ’80s and ’90s, but with an adult audience in mind.”

Ash says he and Jones have always been driven to shows that serve up hard-hitting humor and social commentary. “Mad Magazine was a big influence on us,” he notes. “It’s the kind of humor that if you get all the cultural references, you get rewarded. But even if you’re young and don’t get them all, you discover a lot of cool things about culture via these parodies. 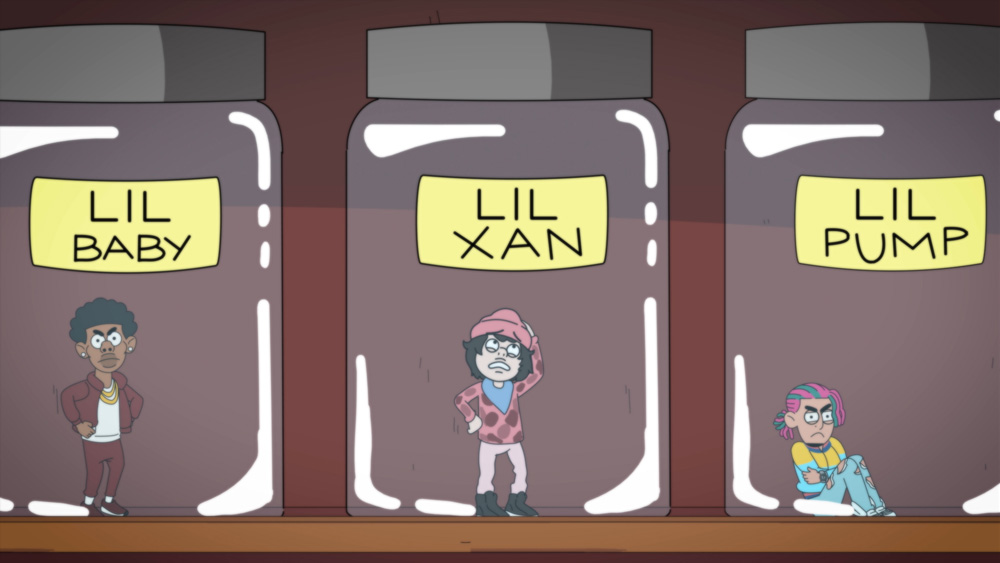 Jones and Ash point out that because the way animation is consumed online these days, it’s easier to produce and deliver fast-moving byte-sized parodies. “We can jump all over the map,” says Jones. “We also had this fun notion of mixing in live-action segments with the cartoon parts, so we can explore all kinds of possibilities. We have spoofs of commercials and have these quick bits, just like Chappelle’s Show. We’re also lucky to have segments featuring Kyle, directed by Nick Goossen.”

While having so many different moving parts, Sugar & Toys has been a very fast-and-furious production. The team only began work on the series over a year ago. “In the beginning, we thought we were only doing a pilot,” recalls Ash. “But then we got the greenlight for six episodes, which then got extended to ten. Fuse got behind our show in a big way and let us go to town. We hit the ground running. We wrote the pilot in October, and we’re airing in June. We’re used to longer development time. The Boondocks took 18 months to two years to do, so this has been incredible.”

The show’s animation is being handled by a St. Petersburg, Florida-based studio Echo Bridge, led by Esteban Valdez. “They’re the best kept-secret in the world of animation,” says Jones. “They do Flash, Toon Boom Harmony, even some CG, and fit the needs of our show perfectly. The overall style of the show is old-school Hanna-Barbera Saturday Morning show, and Echo Bridge does a great job with it.”

Overall, about 70 percent of the show is animated and the remaining parts are live-action. A typical 21-minute show features about 12 to 13 fast-paced sketches. The longest sketch is called “Lost Dreamers” and follows the misadventures of a Latinx character who is deported on Cinco de Mayo, and has to time travel to escape ICE, ending up in ancient version of San Bernadino, Calif.

“It’s like a taster’s menu at a restaurant,” says Ash. “Some sketches come back because we have more to say, and we have the production experience, building and rigging of the characters. It’s a lot like Saturday Night Live with a much more truncated schedule. The beauty of a sketch show is that if you have a favorite bit that is funny, it will probably come back. And if there’s something that you don’t like, well, it only lasts a minute or two, and you’ll be enjoying a new sketch in no time!” 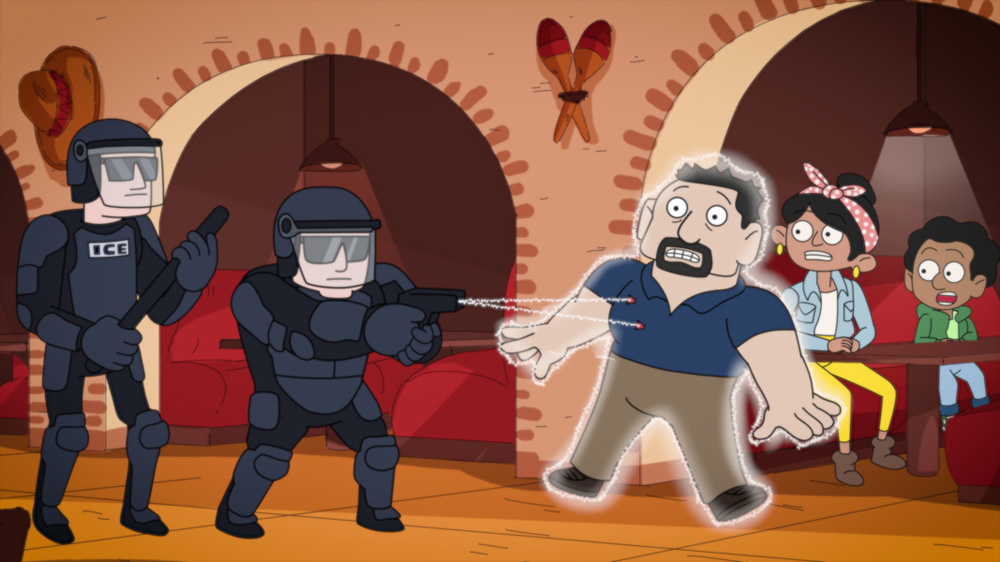 Jones and Ash have learned a lot during this process. “It almost feels like we’re going two shows at once—one animated and the other live-action,” says Jones. “It’s quite a task to navigate as there are lots of moving pieces. But we’re very proud of the entire team cross the board. You are producing these really short form originals, and you may never see these animated characters again. We also have an amazing ensemble cast handling all the voices, and Fuse has been very supportive of our creative vision. The content is going to be definitely disruptive. It’s going to shake things up and cause a lot of conversation. We are presenting very honest material, and it’s amazing that they let us do what we do!”

Ash agrees. “One of the challenges of the format is to address youth and hip hop culture and to stay relevant,” he notes. “We want to speak to what is going on around us, and speak to this culture in a contemporary way. Over the last few years we’ve had this renaissance of rappers doing some interesting work. We run into these young talented people who grew up watching Boondocks and Black Dynamite. There’s this audience whose conversation is informed by things we’d done before. And their work is informing what we are doing with this show. To influence and be influenced by these young people is very important to us. We do come from a sincere place, so even when we do shocking humor, these things matter to us. Animation and comedy let us expose some uncomfortable truths around us.”

The creative producers are also both quite pleased with what animators of colors have been able to achieve over the past few years. “I feel really good about it overall, but we still have a long way to go, “ says Jones. “It was so refreshing to see the new Spider-Man movie. It just blew me away, because I never imagined I would see the Spider-Man brand contextualized that way. There are so many talented, writers, directors, animators and people of color in this space who haven’t had the opportunity or voice or platform. But to see so many people of color at Comic-Con or on a panel, for example, is wonderful. It’s great for young people to see that and have all this original content speak to the directly. That’s moving the culture forward.”

He also mentions that there still needs to be a lot more visibility for women of color in the animation world. “There’s more to be down for women of color,” adds Jones. “There are some amazing storytellers and artists out there that are not being recognized. Many of these women are working on male-drive shows. We need to see the floodgates opened for more. These characters are universal, and they speak to everyone.”

“The content is going to be definitely disruptive. It’s going to shake things up and cause a lot of conversation.”
— Exec producer Carl Jones

“To influence and be influenced by these young people is very important to us. We do come from a sincere place, so even when we do shocking humor, these things matter to us. Animation and comedy let us expose some uncomfortable truths around us.”
— Exec producer Brian Ash 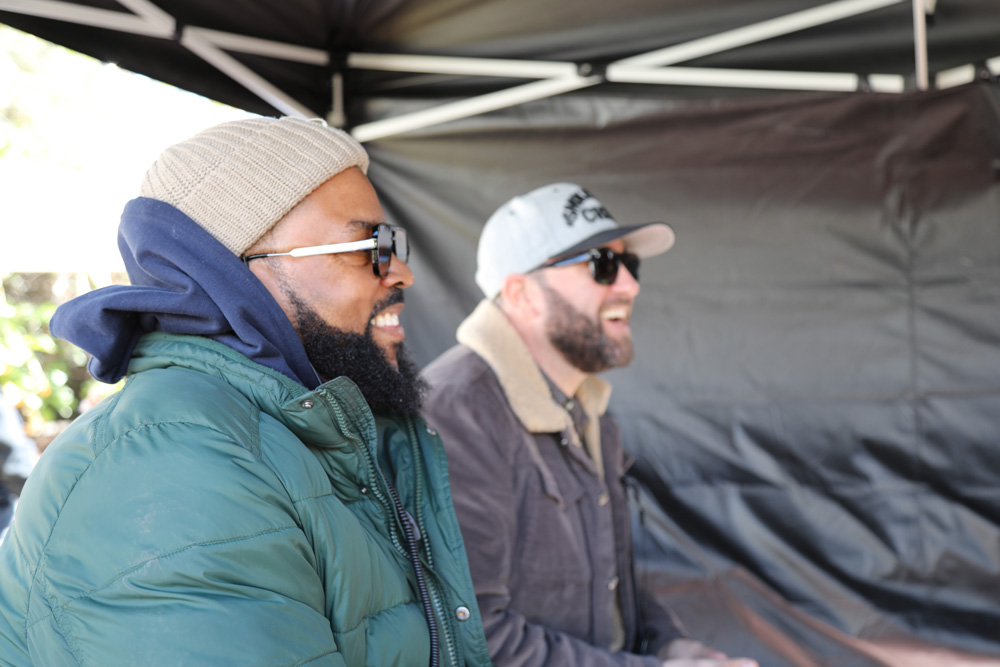 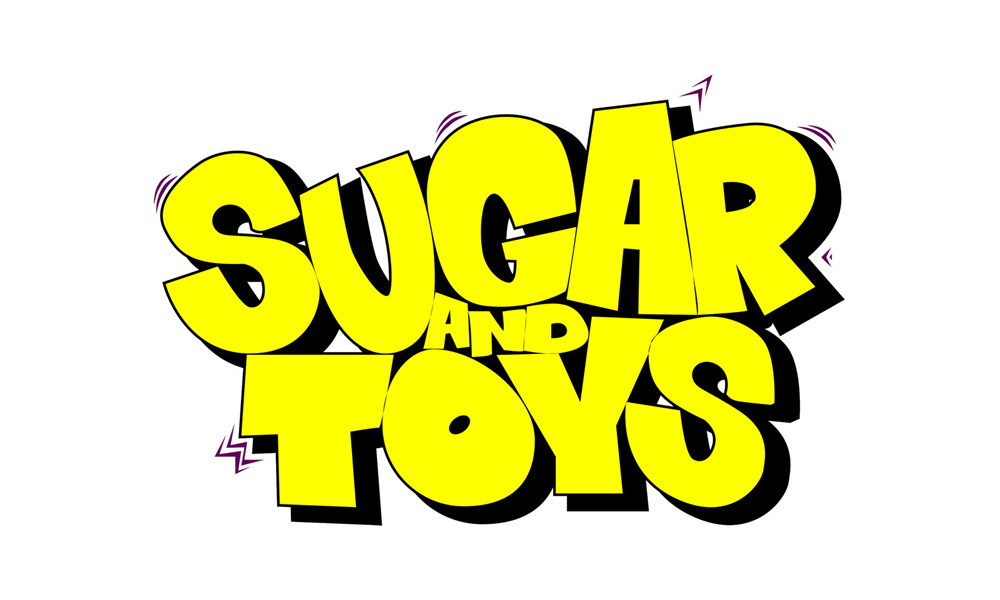 ‘Lion King’ May Open in China a Week Before the U.S.
‘I Lost My Body,’ ‘Memorable’ Take Home Major Prizes at Annecy