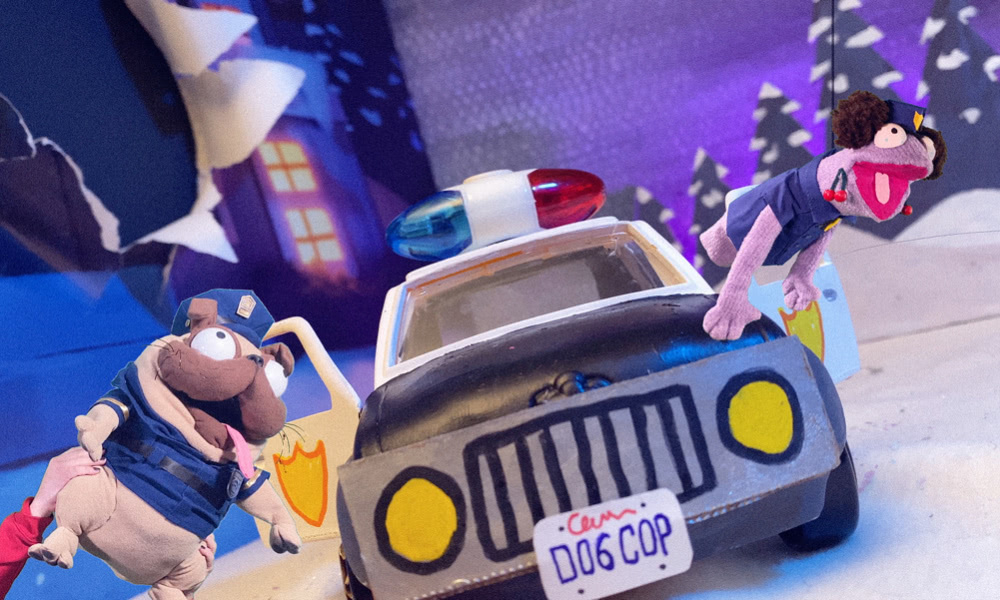 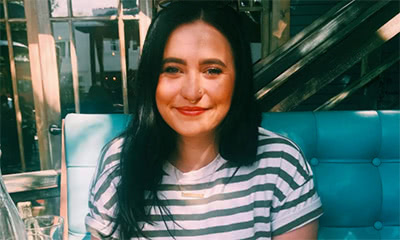 The just-launched The Mitchells vs. the Machines  DVD/Blu-ray/Digital release includes a charming new parody short titled Dog Cop 7: The Final Chapter, which gives viewers an insight into the creative mind of the movie’s filmmaker-in-training Katie Mitchell. We caught up with the short’s director, Caitlin VanArsdale, who was also a storyboard artist on director Mike Rianda’s acclaimed feature and has worked on Sony Pictures Animation’s feature Vivo and Oscar-winning short Hair Love, Cartoon Network’s Powerpuff Girls and SPA’s much-anticipated sequel Spider-Man: Across the Spider-Verse. VanArsdale gave us the inside scoop on Monchi the pug’s new mini-movie:

Animation Magazine: Congrats on the charming short. Can you tell us when you started working on it and how long it took to make it?

Caitlin VanArsdale: Thank you so much! I started working on it in late July of this year. It was a pretty quick turnaround — we delivered it in early October.

How did you end up directing this parody short, which mixes puppetry and animation?

I was a storyboard artist on The Mitchells vs. the Machines, and continued working at Sony Pictures Animation after the film wrapped. I was helping out on a project that was in early stages when The Mitchells director Mike Rianda and producer Kurt Albrecht reached out to me to see if I’d be interested in directing the short! I’m so grateful they thought of me and trusted me to bring it to life.

How many people worked on this short?

We had a pretty tiny crew on this! Less than 20 people in total, if I’m remembering correctly. 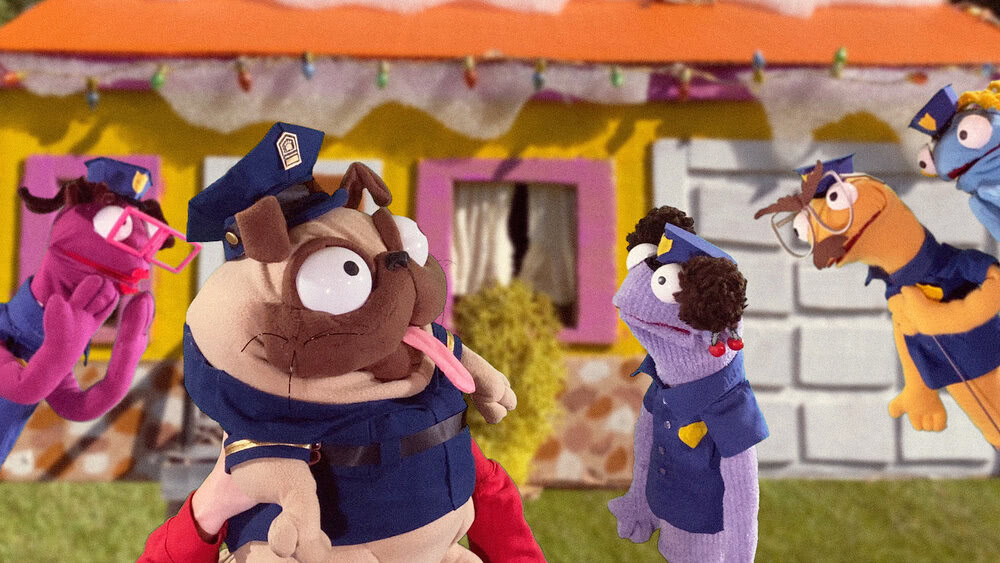 What was the toughest aspect of making a short that was supposed to be hand-crafted by Katie Mitchell?

It was definitely a challenge to find a balance between crafting the short professionally and making it appear as if a college kid could have made it. We purposely left some things a little unfinished or less polished so that it wouldn’t feel too advanced for Katie’s skillset. The Chapman brothers [Matt & Mike Chapman, creators of Homestar Runner], who created all the puppets and sets, were incredible in this regard — they were super thoughtful about all of the handmade details!

What kind of animation tools did you use to create the short?

Hanna Cho storyboarded the short, and she used Photoshop for her boards. Our editors used Avid and Evercast for the animatic, and the Chapman brothers used Premiere Pro to composite the short and edit the final footage. The 2D elements were done in several programs, and some were actually from The Mitchells movie itself!

I loved working with the whole team on this! Directing a short with puppets was like living a childhood dream, and the Chapman brothers were fantastic collaborators. I also loved having the opportunity to explore the relationship between Katie and Jade that was introduced in The Mitchells film. As an LGBTQ+ person myself, it was really gratifying to work on a short that’s very much a metaphor for Katie asking Jade to be her girlfriend — all in a super fun and silly package! 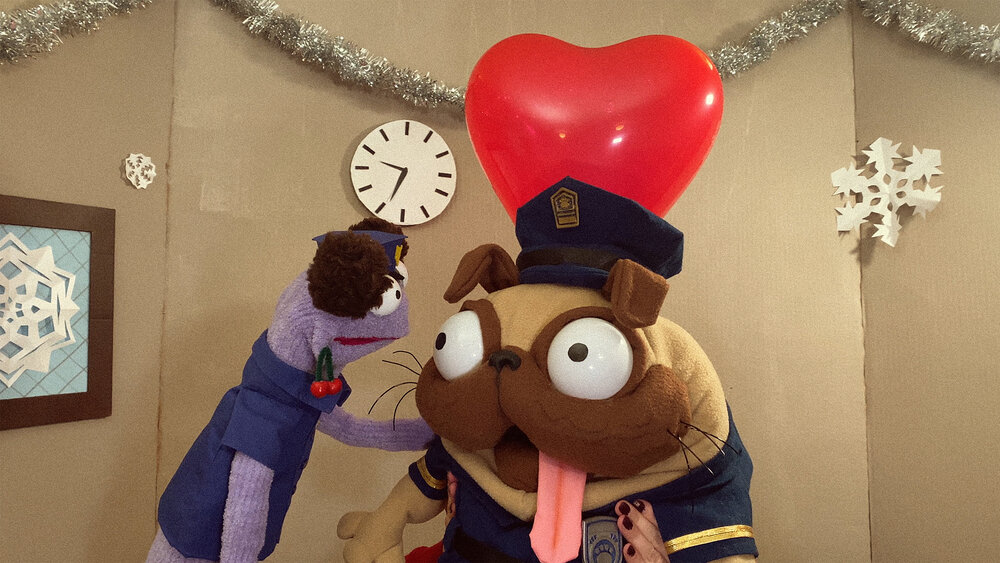 What was the toughest part of making this short?

Probably time constraints, as well as trying to do edit sessions over Google Meet. We didn’t have access to an edit streaming software for most of it, and the Chapmans are three hours ahead of those of us on the West Coast — we had to do a lot of pausing and exporting small bits to make sure the timing was right and everything played the way we wanted it to.

How did you get started at Sony Pictures Animation?

The Mitchells vs. The Machines was the first project that I storyboarded on at Sony Pictures Animation. I knew the film’s director, Mike Rianda, from my time at CalArts, and the head of story Guillermo Martinez and I knew each other for several years prior. When they found out that I was available for work, they reached out and asked if I’d be interested in boarding on the film and I said yes!

You have been a storyboard artist on some amazing movies and are working on the upcoming Spider-Verse movie. What  do you love best about your job?

Thank you so much! I love storyboarding, but my real love is character, and filmmaking that makes us feel emotionally connected to those characters. My favorite thing to do is sit in the story room and pitch ideas and dive into the specifics of who the characters are, why they make the choices they make and what they’re learning along the way. I’m directing on an adult animated show now, and I’ve been channeling that love of character into this new role as much as I can.

Can you tell us anything about your work on Spider-Man: Across the Spider-Verse (Part One)?

It was an incredible learning experience! Everyone on the team is so immensely talented and thoughtful. I can’t wait for the world to see how stunning it’s going to be! 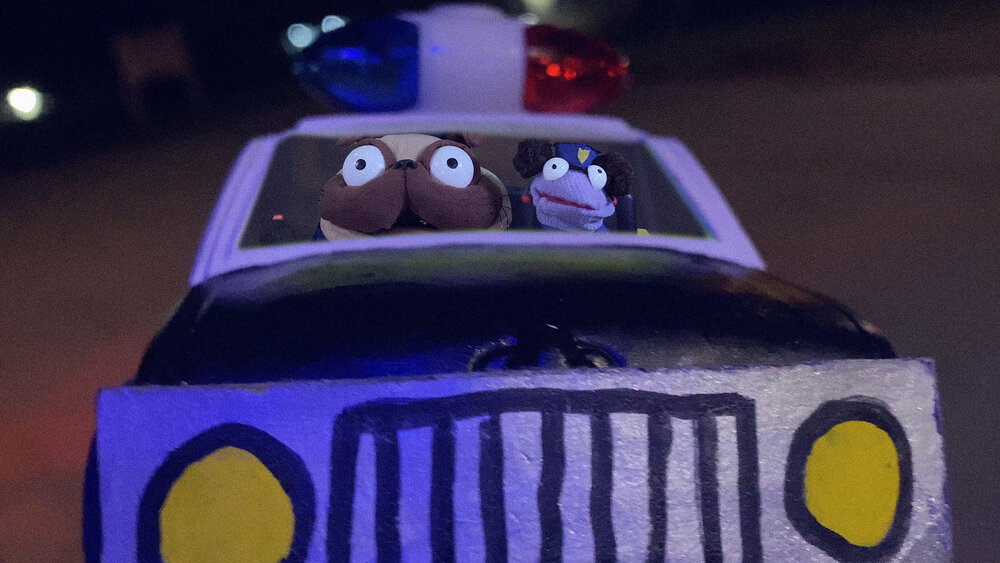