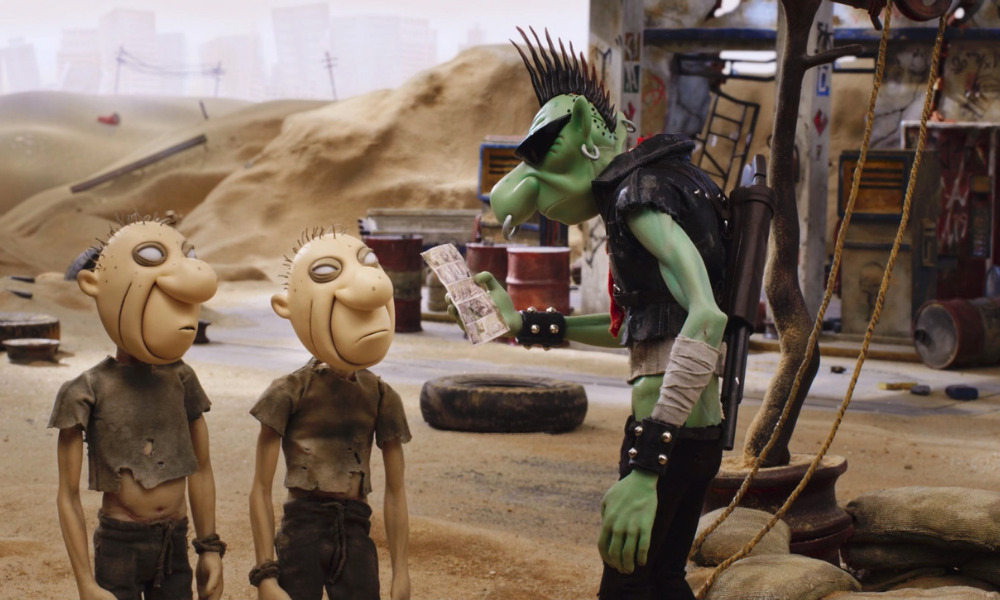 Brazilian writer-director Cesar Cabral’s 2021 stop-motion feature Bob Spit: We Do Not Like People has been a favorite on the festival circuit since it premiered at Annecy last June. The movie, which was supported by Sao Paulo-based development org Spcine, is billed as an animated documentary about Brazilian political cartoonist Angeli. It also follows two of his creations as they try to reach out to their creator in a psychedelic road movie. We recently had a chance to chat with Cabral about his very unusual and inventive movie, which received an Oscar-qualifying L.A. release through Outsider Pictures last month:

Animation Magazine: Can you tell us how you came up with this hybrid approach to your documentary about Angeli?

Cesar Cabral: The idea came from a conversation I had with Angeli after making the short film Dossiê Rê Bordosa. The short already had an animated documentary structure that investigated the reasons why Angeli “murdered” one of his greatest creations. In the feature, we decided to go deeper on developing the subject of an author in crisis with his work and his need to leave his characters in the past in order to advance in his artistic creation. 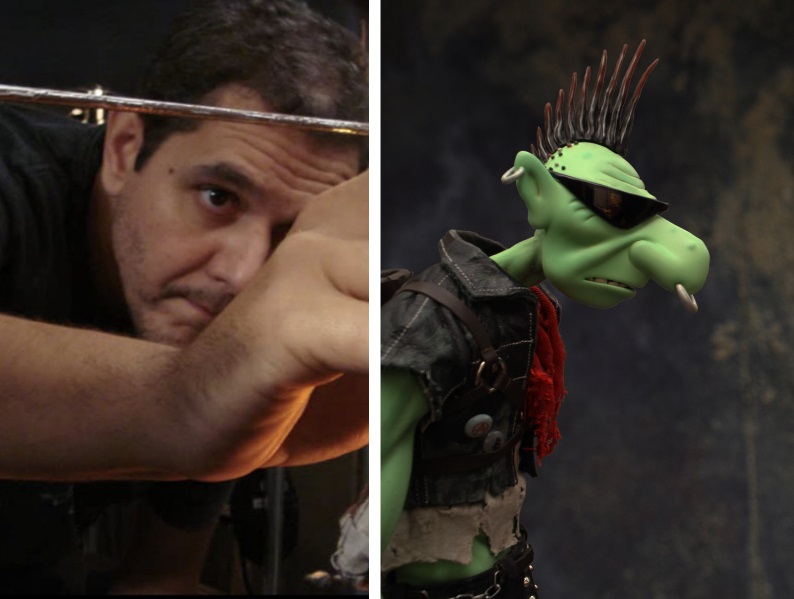 When did you start working on the movie and how long did it take to make?

The initial idea of making the feature came in 2012, but the production itself began only in 2016. For two years I did lots of interviews with Angeli that resulted in 30 hours of recorded material, which became the basis for the screenplay. If we take into consideration all stages, I would say the production took about five years, three of them shooting.

How many people worked on this movie?

About 200 people worked on the project, 50 of them involved on a daily basis during the three years of shooting.

Can you tell us about the puppets and the sets you used in the movie?

We created 30 puppets in total, considering that some characters had more than one puppet. There were 22 different sets with different measures. The largest, the Gas Station in the Desert, was six meters wide by four meters long. It is also worth mentioning that for the lip sync and expressions, we had to create around 800 pieces in 3D printers.

Now that the movie is screening around the world, what makes you the proudest?

I am proud of our team, since I do believe that for such a small budget, we reached quite a good artistic and technical standard.

It was dealing with such a big project. I was used to doing shorts in which I could work with small teams, which means much less day-to-day problems. So, I had to learn how to develop a pipeline where several departments had a co-dependency to flow. This process, in addition to the production itself, required lots of crew training, since many of the professionals involved were starting out in the animation field.

Which tools did you use for the animation?

The film was shot with digital still cameras using Dragonframe as the only software during the animation process. The puppets were made out of metallic structure with ball joints and finished with silicone. The costumes were made out of fabric and, for producing characters’ heads, we used resin 3D printers.

Have you been surprised by audience reactions to the movie?

The film premiered in Annecy 2021, but unfortunately I couldn’t attend in person due to the pandemic, but I remember that the first feedback I got came from a young Vietnamese student who was studying film in Paris. She wrote me an amazing email telling me really great things about her impressions of the movie.

What is your take on the global animation scene?

The technical standards of animation are getting higher and higher, but somehow, I feel we are seeing just more of the same — in general, of course. Somehow, I think I really miss a lack of renewal and new narrative exploration of all tools that cinema can offer.

I really hope that people are inspired by the nonconformism of both Angeli and Bob Spit. As Angeli says in the film, I also believe that the world has become kind of boring lately, very politically correct, and unfortunately, I feel that many people do no more than pay lip service to their beliefs.

You may also like...
Related Topics:Angeli, Bob Spit, Bob Spit – We Do Not Like People, Cesar Cabral, featured, Outsider Pictures
Geographic Region:Worldwide