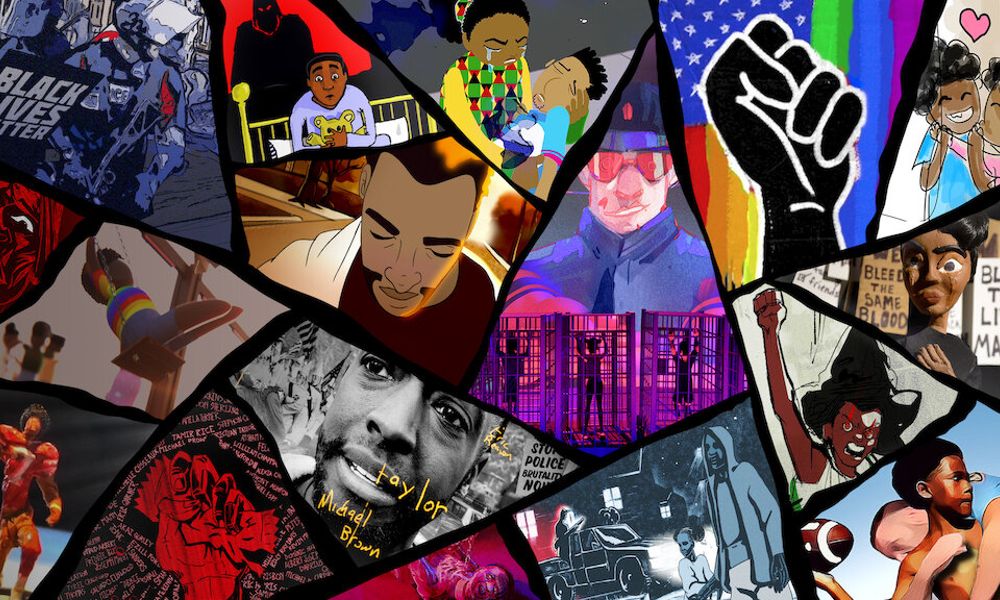 Netflix recently premiered the acclaimed short Cops and Robbers, directed by Arnon Manor and Timothy Ware-Hill. This powerful seven-minute short combines a variety of animation styles and live-action footage and spoken work poetry in response to the murder of Ahmaud Arbery last year. We had the chance to talk to Manor and Ware-Hill about their well-crafted project which has quickly become one of the best-received shorts of the past year. 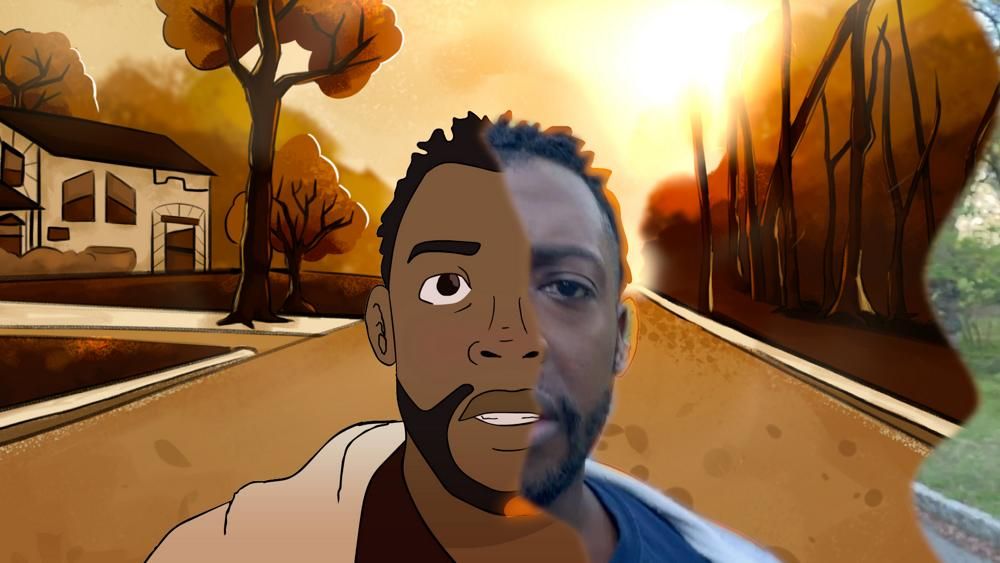 Can you tell us a little about the origins of your short?

Timothy Ware-Hill: I created the initial non-animated version of Cops and Robbers in response to the video release of the killing of Ahmaud Arbery in February of 2020. This killing angered me, but it did not surprise me, because we as Black Americans have been going through this since the inception of our nation. My hope was to not only express my frustration through an artistic platform, but also to bring awareness to these atrocities that we continue to face.

Arnon Manor: I was outraged at the killers’ cold-blooded audacity when the video of Ahmaud Arbery’s murder was released, and I was fuming when I learned of the apathy and cover up of the police and the judicial system, who did nothing for three months from when the murder actually occurred. I then came across Timothy’s video poem on Instagram the following day, and I was moved and inspired by his powerful words to create an animated version of his poem, so I reached out to him with that idea. I needed to express my anger and also be an ally to the cause in the best way that I knew how. My intent was that the film will spur further outrage at the ongoing police violence towards African Americans and encourage more conversations and action amongst other White allies like me. 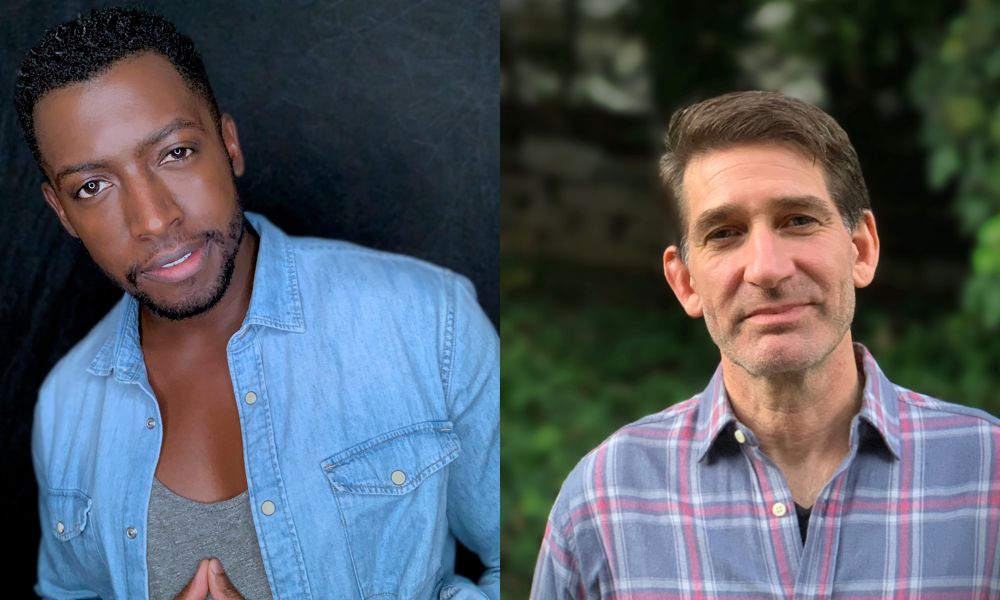 How long did you work on it and which animation tools did you use?

Both: The project took about six months to complete, from May 2020 to late October 2020. The animation itself took a little over four months, and the last month or so was devoted to post-production, especially sound and music. Because our film encompasses a wide range of animation styles and techniques; 2D, 3D, stop motion, graphics, etc., our artists used a variety of animation tools, such as Animate CC, Toon Boom and After Effects for the 2D animation, Maya and Houdini for 3D, Dragonframe for the stop-motion, Nuke and After Effects for compositing.

Why do you think this particular subject is so important to tackle in animation?

Both: Animation allows us to create imagery that on the one hand can be seen as fantastical and removed from realism, but on the other hand it can drive the emotional aspect of a subject in a way that traditional filmmaking can’t. In the case of our subject matter, because unfortunately we’ve all seen, too often, the shocking reality of video or phone camera footage of people being killed by police, we knew that with animation we can create our own imagined world and hoped we can make an emotional impact in a way that has not been seen before. We wanted to bring a unique aesthetic that can be both beautiful and disturbing at the same time.

We started the project right after the Ahmaud Arbery video was released, and three weeks later the George Floyd murder occurred, followed by the killing of Breonna Taylor. That ignited the summer of unrest in the U.S. and around the world, and our animation production was ongoing as the protests were going on, which gave it a sense of urgency and made what we were creating extremely relevant and personal to everyone involved. 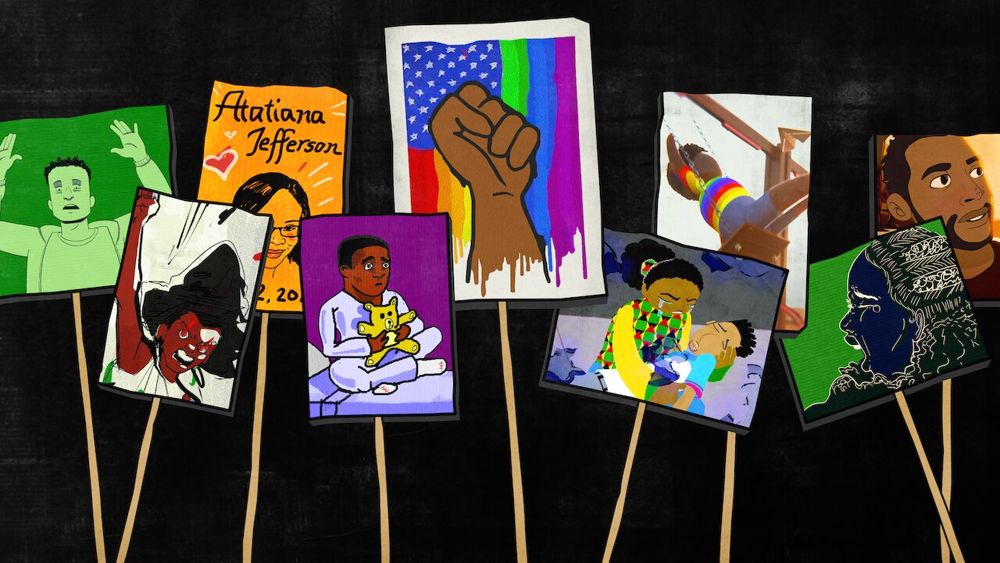 How many people worked on the short and what was your ballpark budget?

Both: We ended up with over 130 people working on the project from around the world, and our budget was zero! Everyone donated their time and talent to the cause.

We divided the film into around 30 segments and brought on teams of individual artists, animators, students and visual effects companies to each create their own visual interpretation of the subject matter within their segment.

What was the toughest aspect of bringing this short to animated life?

Both: We started the animation production in early May 2020, during the COVID lockdown, so the entire animation production and post-production was created remotely and overseen by us using online tools. Arnon was in California, Timothy was in New Jersey, our production hub was in Toronto, and our artists and animators were spread all over North America and the world. None of us have met in person. We had to deal with a variety of time zones, and we also all had day jobs, so scheduling was always a headache and because we were not in the same space together, we had to make sure we were always downloading, watching and commenting on the same versions, which was always tricky. Similar to everyone else who is working from home, we have never appreciated a strong Wi-Fi signal more than during this production! 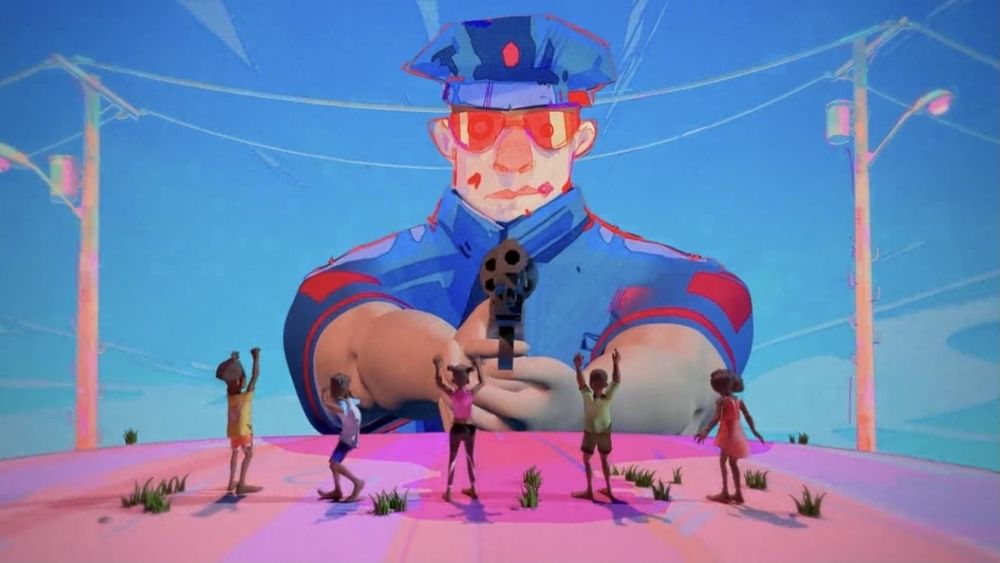 Can you tell us about the kind of response you have received so far?

Both: As an example, we received an email just the other day from a prominent political news contributor who watched the film, saying it was: “Beautiful. Powerful. Original. Arresting.” We are truly humbled by that response, and the fact that people are reacting to the film’s subject matter and creativity in that way is wonderful to hear. When we started the project, we had no idea how we would even release it. Our original intent was to release the film on social media and hope that it gets a viral moment. The response from Netflix by picking it up and releasing it in 190 countries is incredible and we hope it will make an impact for change.

Can you talk a little bit about the importance of representation and diversity in animation?

Manor:  Putting it simply, the animation and visual effects industry needs to reflect what the population looks and feels like. It needs to be a mirror of the society that we live in. We’ve been hearing the catchphrase “diversity and inclusion” for a while now, but it was very important to us to make that phrase a reality on our project. We didn’t settle for just the known and available artists or companies, as that would have whitewashed the project. As a white filmmaker, I have a responsibility to champion the changes needed in our industry and society as a whole.

Ware-Hill: It is so important to have diversity and representation in animation, because it expands the stories that can be told. There aren’t a lot of cartoons that I can reference with fully thought-out Black characters. I wish I’d seen more of myself on screen as a kid in the cartoons that I grew to love. It is also about equity. These opportunities allow Black artists and other POC financial stability, health care, money to buy food and have housing, take care of their families and the ability to create generational wealth. 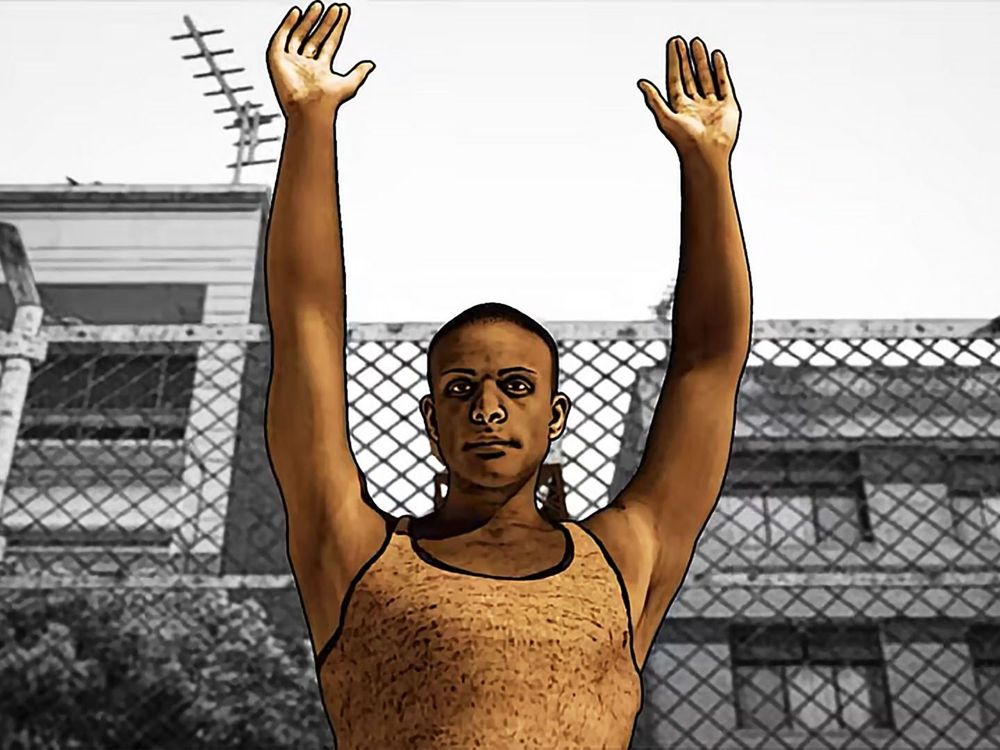 What are some of your favorite animated TV shows and movies?

Manor: As a kid, I loved to watch The Pink Panther on TV. He was the epitome of cool and I loved the simplicity of the animation. I also really loved some of the Looney Tunes shows and characters, such as Wile E. Coyote, Pepé Le Pew and Speedy Gonzales. Later, as an art and animation student, I was drawn to more surreal styles, such as Jan Svankmajer, Terry Gilliam’s animations for Monty Python’s Flying Circus and Gerald Scarfe’s work in Pink Floyd’s The Wall movie, which had a profound influence on me. My recent favorite is Wes Anderson’s Isle of Dogs. That is a true work of art and a brilliant movie.

Ware-Hill: I watch a cartoon every night to fall asleep, so animation has always been a big part of my life, though I am not an animator myself. Some of my favorite animated TV shows are Teen Titans, The Amazing World of Gumball, Bob’s Burgers, Craig of the Creek, Big Mouth, the original Looney Tunes. As far as features: The Secret of N.I.M.H., Beauty and the Beast, WALL-E, Monsters, Inc., Bébé’s Kids and Coco.

What would you like audiences to take away from Cops and Robbers?

Manor: That things need to change, and we can only do that by being aware of the problem, by being vocal and by creating allyships. We cannot and should not accept the current state of affairs in this country, especially where it seems that every week another African-American person is killed by police, and a new hashtag is created each time. The ongoing police brutality is not normal, and we should never normalize it. I hope the film will move people emotionally, but also give them hope and a desire to step up and help make a change.

Ware-Hill: I hope that when people watch our short, they are charged with the task of becoming true allies. I hope that they are moved to act and to call out hate and racism when they see it. It is through this allyship that we can move forward as a nation and one day get to a place where there are no more Black hashtags from police violence and killings.

Cops and Robbers is now available to stream on Netflix around the world. Watch the directors discuss the short in the clip below: