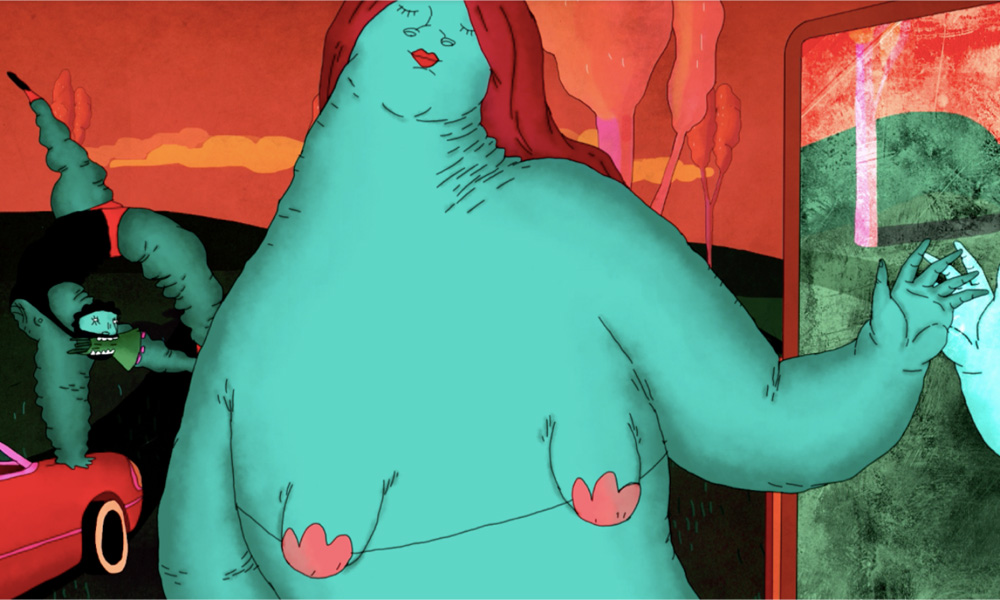 Hungarian animator Viktoria Traub’s new a short Mermaids and Rhinos is one of the many insightful, personal projects being screened at the Ottawa Intl. Animation Festival next week. We recently talked to the director about her experiences and inspirations for this well-received new project.

Animag: Please tell us a little bit about your inspirations for the short?

We worked on this film for more than two years with my team. To make an animation is an awesome adventure and a hard work at the same time. At first we constructed the frame of the script and figured out the design which was quite fast, but after that to find a characteristic gesture for the figures and create the whole story all with the tiny details, textures and movements – this took much longer. 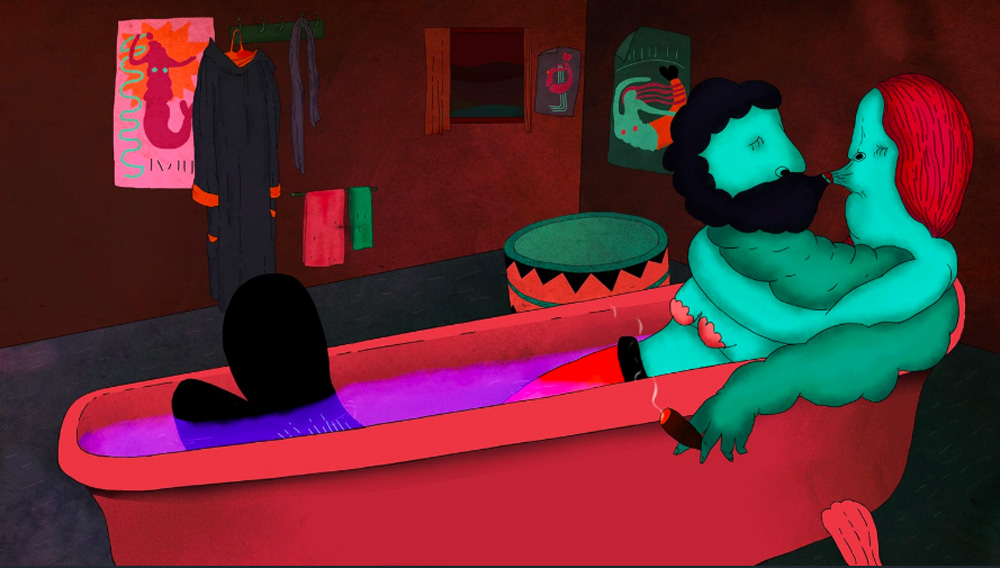 Which animation tools did you use to produce it?

I was interested how I can visualize a spiritual transformation of my characters. I started to form the realistic and then I guide the viewer to a surrealistic world with the help of transformation, that are the bridges between two worlds in Mermaids and Rhinos.

I didn’t only want to tell a story, but I wanted to show my impressions of emotional dependences through human relationships. Because of that I chose a parallel storytelling. The parallel and not linear storyline was a very interesting experiment to concentrate on an emotional gesture: the reason why someone transforms into a rhino is heartache, jealousy and offence. (For a long time I’ve wanted to make parallel and not linear dramaturgy. This story provided me an opportunity to do that.)

What was your budget (more or less)?

The animation was supported by the National Media and Infocommunication Authority. Our budget was 40, 000 euros. I think it is not too much for creating a 15 minutes long frame-by-frame animation film, to be able to do that we needed a fantastic an enthusiastic team as well. I couldn’t do that without my producer Polett Dus, who worked amazingly for these two years to find all the possibilities so we could create the animation. I feel really lucky that I could work with such a great team.

What do you love about working in the short format form?

I guess if the movie was the novel, the short film would be the poem. For my stories this was the best option for me for compacting what I want to say. I think the best way to watch short films is to do it not only with your brain, but freeing your instincts and letting yourself to go with the flow.

Can you tell us a bit about your background?

I graduated at the Moholy-Nagy University in 2008. Mermaids and Rhinos is my second film. My first animation Iron Egg was screened at many great animation and film festivals in the world. Nowadays I am concerning with emotional dependences and the roles of females in relationships or in love. I would like to show the changes of attitudes. 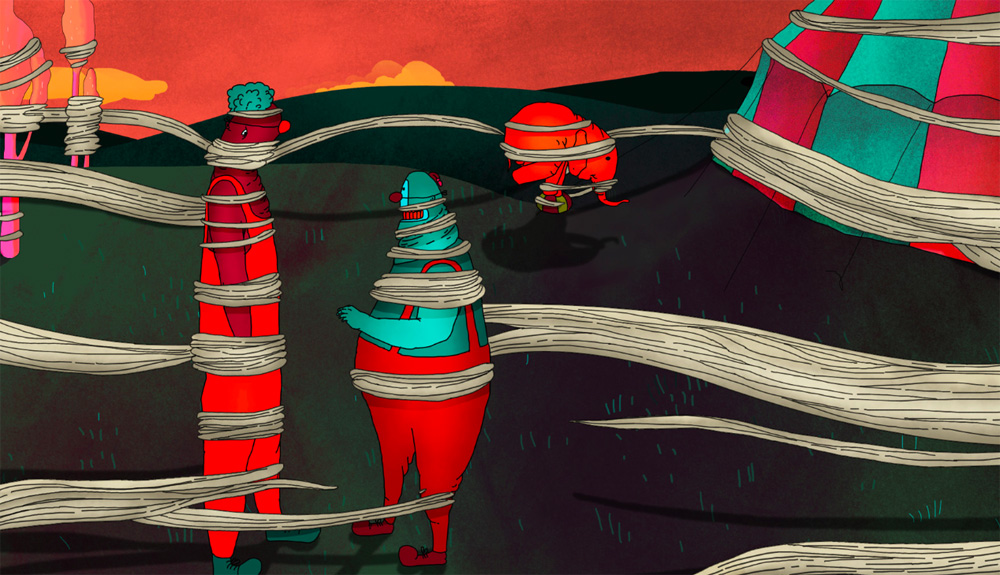 What were your favorite animated shows and movies growing up?

The Hungarian television channels usually offer cartoons for children. Obviously, I liked them. But I remember that when I was a bit older I became truly fascinated and intrigued by extraordinary animations like Fantastic Planet or Raoul Servais’s animations and also by music videos, for example Money for Nothing by Dire Straits or Sober by Tool.

What lessons did you learn from working on Mermaids and Rhinos?

A good script is not enough, a lot of drawings are always needed to explain what I would like to see. On the other hand a creative and go-getter team can give an incredible inspiration and endurance during the working process.

What kind of advice can you give artists who would like to create their own animated shorts?

Do not hesitate, just think of how you can manage it. You only need a good idea and then, just do it!

What is your take on the state of animation worldwide?

I guess the judgement of animation films is still in a change. They do not necessarily belong to children’s room although a lot of people think that the genre of moving pictures does belong only to children. I like cartoons, but it is only one of the many possible ways. The animated short films is a weird category, and it struggles to find an audience besides the animation and film festivals. I think it is a good experience to screen short films in cinemas accompanied by feature films. Maybe that would change the general attitude and approach to the art form.

With my producer, Polett Dus, we are in the beginning period of a development of a feature animation film. It will be a female theme as well, but from another perspective. But I can’t say any more details about it, because we’ve only started the work in this month. 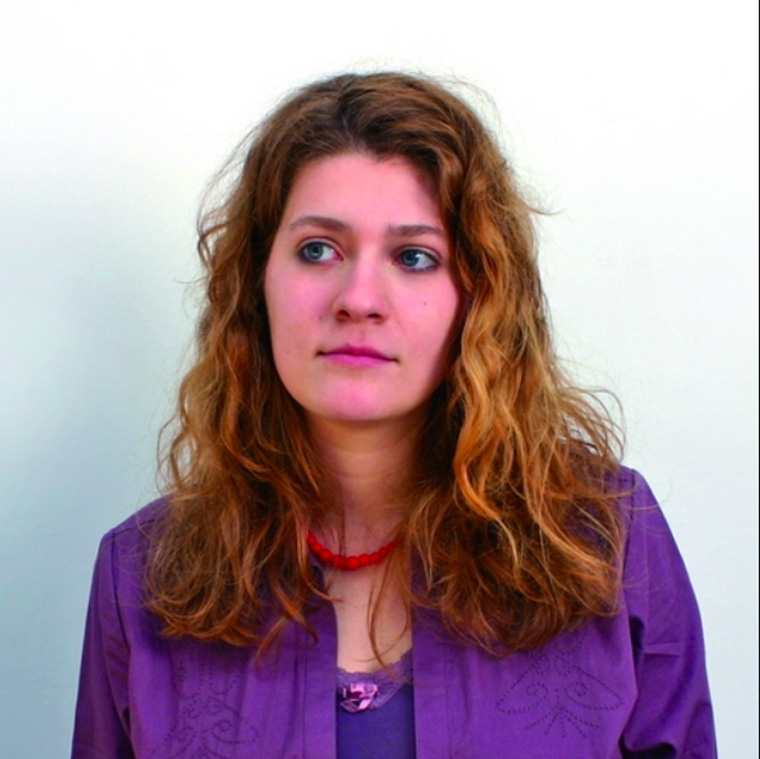