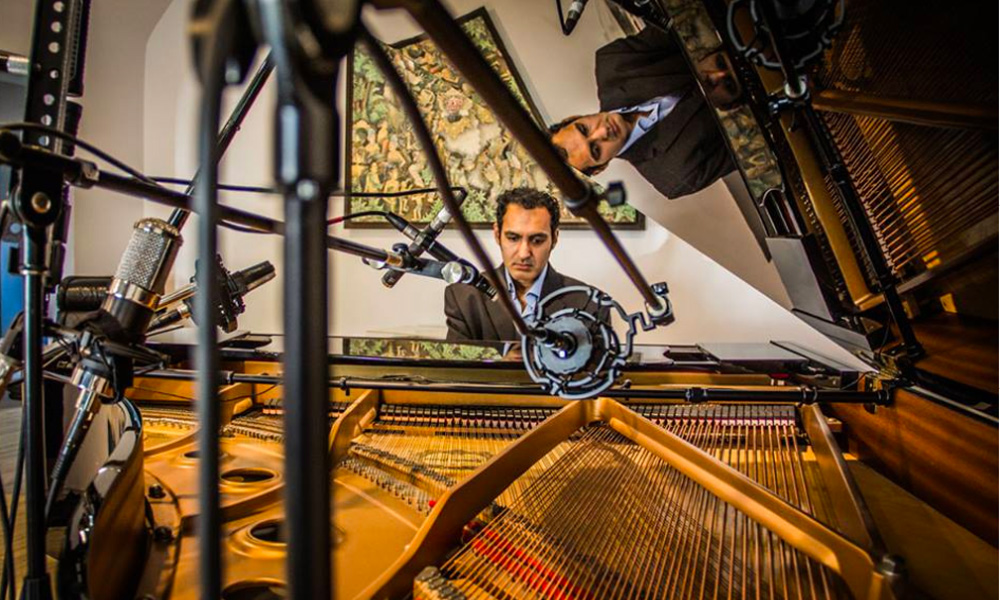 We recently had a chance to chat with animation composer Vivek Maddala, whose many credits include The Tom and Jerry Show and Scooby-Doo and Guess Who? series. Here is what he told us about his career and the toon tune business.

Animag: Please tell us a little bit about your background.

Vivek Maddala: I’ve been playing music since I was a small child, and started composing when I was around seven years old. So, it’s been an enormous part of my life for nearly as long as I can remember. I think it’s inevitable that I had to focus my life on making music, despite inevitable pressures and expectations to do something else. When I was around eight years old, I saw the Hitchcock film North by Northwest on TV and the iconic Bernard Herrmann score made a huge impression on me. That’s when I realized that film scoring could be in my future.

How did you get your start in the music business?

Maddala: I studied performance (drums) at the Berklee College of Music when I was 15, but quickly determined that my main strengths were as a composer and producer. I had a good background in math and physics and had a keen interest in engineering — so, when I was 16, I entered Georgia Tech and majored in electrical engineering (with a special focus on signal processing, field theory and electroacoustics). Upon graduation, I had the good fortune of honing my recording studio chops under the direction of acclaimed musician Gino Vannelli while he was working on his album “Slow Love.” While I was pursuing a graduate degree in electrical engineering, I was hired by the celebrated rock band Boston to go on tour in support of their Greatest Hits album.These experiences helped me realize my passion was more in the realm of music than in engineering… that the latter could serve the former, but music had to be front and center.

Then, when I was 26, I won the grand prize in the first Young Film Composers Competition, which afforded me the opportunity to compose a 74-minute orchestral score for a silent film restoration for Turner Classic Movies (TCM). The success of this effort led to my scoring five more scores for TCM as well as several independent films and two modern ballets. In 2008 I was invited to participate in the Sundance Composers Lab, which helped cement my interest in scoring both independent feature films and documentaries.

How did you get the Tom and Jerry job?

Maddala: In 2015, my friend and colleague, Grammy-winning recording/mix engineer Dan Blessinger, brought the gig to my attention. He had an existing relationship with the show’s director and learned they needed a new composer for the show. So we went in on it together, with me handling the music side of things and Dan handling sound design. I auditioned for the job by scoring a 30-second clip, and then after passing that test we had a series of meetings with the director and studio. Three and a half years later, I’ve now scored 110 episodes (to date), and have received two Emmy awards (with three nominations) in the category of “Outstanding Music Composition and Direction.” So it’s been quite a ride. 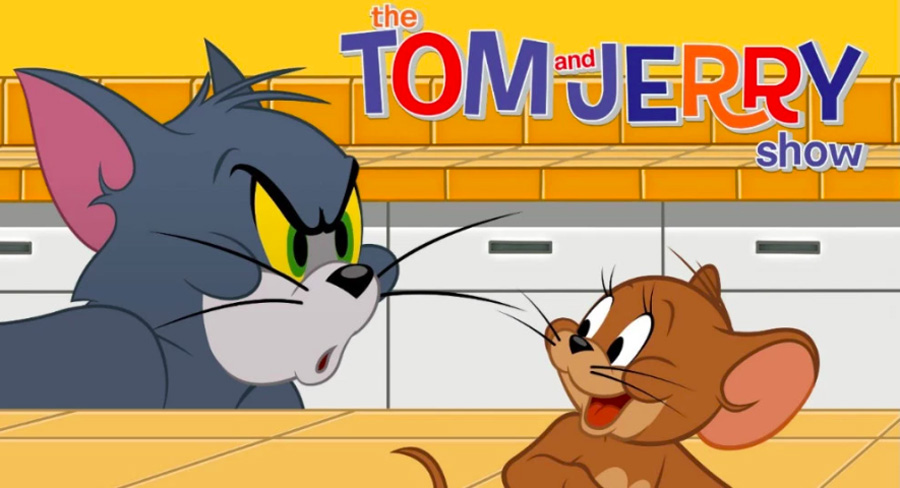 What do you love about writing music for animation?

Maddala: Animation requires real music. It may sound glib to say that, but I think it’s an appropriate comment. Much of modern live-action film scoring may be dramatically compelling (when paired with other elements of the film, both visual and aural), but often it’s unexciting just as music. With animation scoring, and the music for The Tom and Jerry Show specifically, I really get to stretch out melodically and flex my orchestration muscles fully. Although the show is ostensibly for children, the music I’m writing never plays “young.” It’s more harmonically sophisticated than the music I’ve heard recently in any other modern television show or theatrical release. I’m scoring every episode from scratch (there’s no “music editing,” where previously written music is shoe-horned in to fit the scene). Each episode demands radically different musical treatment, and the music must be carefully sculpted to fit the exact dramatic contours of every scene. It’s also wall-to-wall score, with melody and counterpoint threaded into every moment. In fact, it’s the music that’s telling the story, as much as (or more than) any other element of the show.

How does it feel to follow in the footsteps of composers like Scott Bradley and other greats who wrote music for the Tom and Jerry shorts?

Maddala: It’s a huge honor to work on such a classic show. I spent a lot of time reviewing diligently the original 1940s Tom and Jerry episodes and their marvelous Scott Bradley music scores. My intention was to channel much of what was great about the classic scores (both musically and dramatically) into my new scores for the series, but while imparting my own musical “voice.” Indeed, I believe the new scores sound very much like me, and function with the picture much the same way Scott Bradley’s did. A lot has happened musically and culturally in the past 80 years since the Tom and Jerry cartoon first appeared, so I have a lot more influences to draw from. But fundamentally, it’s classic Tom and Jerry!

What is the biggest challenge about writing for this show?

Maddala: The biggest challenge is time. Because I compose, orchestrate, engineer, record and mix all of my music here at my studio, I have to wear a lot of hats. I do bring in other musicians to perform on each score, notably a string section on every episode, and often live winds and brass instruments as well. But there’s a lot that I have to do on each episode, and it comes out to 80-100 hours of work per week for me. So, I’m constantly racing against the clock.

What do you love about your job?

Maddala: Writing music for The Tom and Jerry Show requires a huge amount of focus and discipline, and I find I’m continually evolving and learning new things… like new ways to voice chords, or to write contrapuntal lines. I’m frequently exploring new idioms and sonic textures, in addition to revisiting 19th century classics and sophisticated 20th century jazz and modern styles. So it’s a wonderful vehicle for personal and professional growth.

How do you figure out which instruments to use in the score?

Maddala: Every episode features an orchestra, but the story and characters determine to what extent it leans more classical or orchestral, versus big-band jazz or bebop. Sometimes, a story line will call for something totally different. One episode, for example, featured a plot that called for an early ‘90s indie-rock vibe, so that was a defining musical texture that I threaded into the score. Some storylines call for smaller chamber-sized string sections, and others for expansive orchestra sections. Ultimately, the music needs to serve the picture and the story, so I take my direction from that.

Any advice for musicians who like to get into writing music for animation?

Maddala: I think it’s extremely important to hone your orchestration chops and learn how to write with harmonic complexity, if that’s something you’re not used to doing. There’s something peculiar about the way music functions with animation. If the music sounds like what you’re seeing, I find it usually won’t work. It needs to be far more sophisticated and sonically rich than the visual animation in order for the entire package (visual and aural) to work. The music needs to sound serious and “expensive,” or the entire show won’t come off. Furthermore, due to shrinking budgets and schedules, you must have top-notch skills not just as a composer, but also as a music producer. In addition to having exceptional composition and orchestration skills, you must know how to program virtual instruments using MIDI in a way that sounds totally realistic, and how to deploy other skills and tools (balancing levels, audio editing, use of equalization and post production effects, mic techniques, etc.). It’s a set of skills that takes time and patience to refine.

Learn more about Vivek Maddala and his music at www.maddala.com. 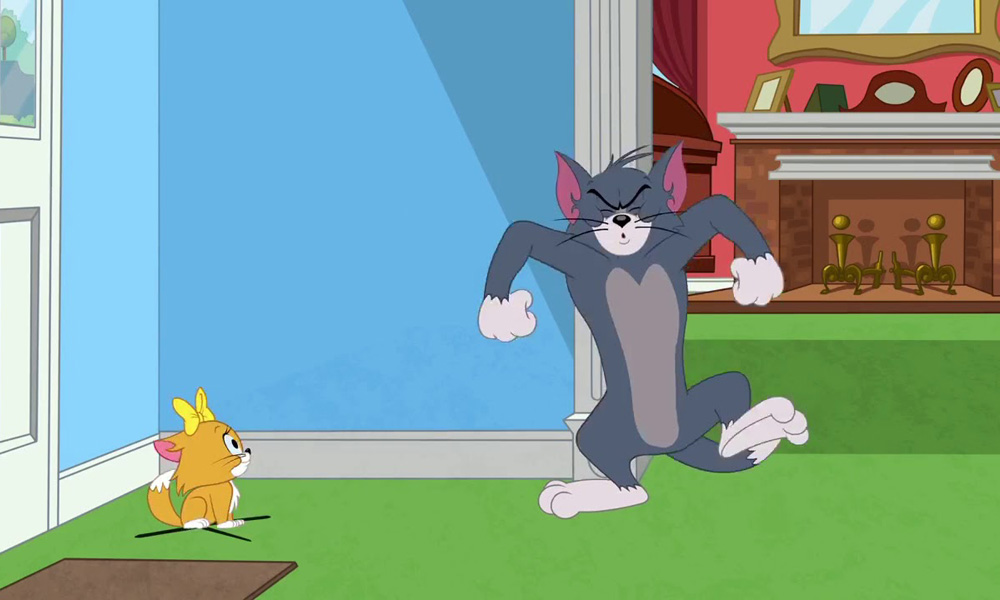