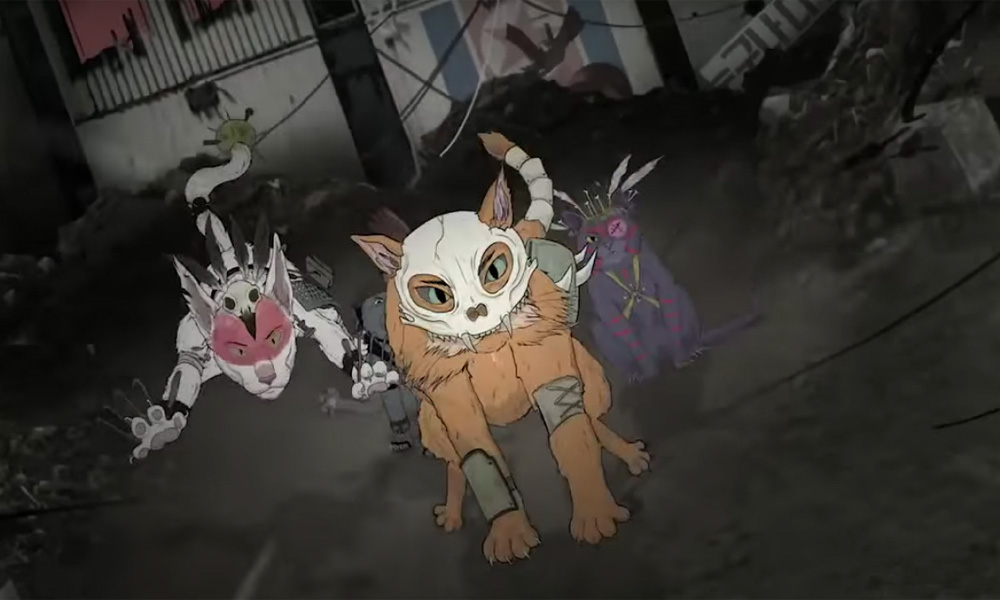 When Phil Matarese and Mike Luciano’s offbeat adult comedy Animals premiered on HBO in early 2016, fans quickly fell for its cast of New York City pigeons, rats, flies, squirrels, turkeys and bedbugs who face the daily trials of life in the big city with remarkable resilience. Matarese and Luciano, who are former New York advertising agency creatives, came up with the idea of the show as they observed a pair of pigeons outside their office window and started to speak to each other from the birds’ point of view! After their first animated short received acclaim at SXSW and Palm Springs Int’l ShortFest, HBO greenlit the concept as a series. The dynamic duo, who also voice many of the characters, took some time out of their busy schedule to tell us all about the third season of Animals, which premieres on HBO on August 3.

Animation Magazine: First up, congrats on your third season! We all want to know what’s going to happen to our favorite New York City animals this year.

Phil Matarese: Well, season three takes place three years after the events of the season, where a bomb went off and a green ray eradicated the humans. We see how the various animal species have handled this human-less New York. The city has been sectioned off into different neighborhoods that the animals have created for themselves, such as Pigeon Heights and Rat Town. Some are doing OK and some are not doing so well. What we find exciting about this new season that it gets more serialized towards the end. It becomes more episodic. We see the walls coming down between the different areas of the city. It’s great to be able to tell the story in 10 full episodes.

Mike Luciano: We are very fortunate since we’ve had lots of amazing actors, non-actors, comedians and musicians do voices for our show. One of the things we like to do is to create a very open environment for each person to come in and feel safe. We’ve tried hard to make our guests feel comfortable and push themselves in territories that might at first feel a bit strange. I think that opportunity to go outside their comfort zone, that sense of fun and freedom is what has allowed us to have such great voices to the show. Our recording studio is in Burbank (Starburn) … it’s not in the fun part of town! We can have eight people recording voices at a time. It’s an editing nightmare, but it adds this free conversational feel to the audio. Season one was all done at Starburn. We also had Big Jump helping out for season two, and we’ve maintained that for season three as well.

So, how do you two divide the duties? Who does what on the show?

Phil: Mike and I split a lot of the responsibilities, but we have our own separate things. I am the art director for the show, but I’m often getting hounded from 15 different angles. I’ve got to clean up the linework for one episode, do the final color for another, work on backgrounds, props and characters. We really reset for every episode. We don’t have a nuclear family. Even people who have been with us since episode one are cracking new things. We don’t use any of the old backgrounds. Now it’s completely the animals’ world backdrop, so we have mounds of stuff to do.

Mike: Running a show like ours is a job that takes very focused time-management … You really have to laser in on the objectives that you are focusing on, do the nuts-and-bolts things on an email chain. It can be a lot at the same time. It’s the best job in the world because it’s so much fun. There are tough days, but they are outshined by the fun we get to have.

Phil: We have this belief that because our name is on the show, we should always be the first ones to get in and last ones to leave. We like to work hard for our baby and try to make it fun for everyone involved as much as possible. Overall, the third season went smoothly.

Can you tell us about the visual influences of the show? It looks quite different from anything else that is out there.

Phil: Our show started out as a web series. I had only studied art in school, not animation, so I had to do it the old school way, Final Cut editing, Wacom tablet, Adobe Illustrator. I was messing with those tools. I didn’t like drawing backgrounds, so I would take photos of New York, draw some lines on it, which saved hours of work. That’s how our show got to have photorealistic backgrounds!

We have lots of characters with thick exterior lines. When you have only two characters in profile talking to each other, you want to make it as cool and interesting as possible. What would look cool on a sticker or a pin? That became the visual character style. The mouth movements were rudimentary. We are now working with animators who are amazing, and we have to tell them, that’s too good, now make it worse! It all has to do with the nuances of the blinks and the eyebrows. We have stripped away some of the big animation elements and added other cues that are equally impactful and perhaps more interesting.

Mike: Each season we have tried to push the look of the show and do something different. This season, for example, we have one episode that all the mouths are moving. That was a funny thing to try.

Phil: Think of it as a very dark Brave Little Toaster!

How does the improvisation process works for an animated show like yours?

Mike: Phil and I had more time to come up with the scripts this season, and I think that’s why it’s much stronger this time around. We do 15-page outlines per episode, go over the main beat points, describe each one of the worlds. Then, we operate the same way as a show like Curb Your Enthusiasm works. Once we cast the show, we get everyone who is in a scene together in the same room. We use each scene and then try to improvise based on the outline. Each take will be different, and we try to keep it all alive in a fun and relaxed way. We end up with all these audio that needs to be whittled down. We also plan all our character designs and backgrounds at the same time as we edit the audio down into a radio play. We make the animatic off that radio play. In addition to the great music created by the show’s composer, Julian Watts, we also try to use as much music from the different bands and artists that we like. Then, it’s the finalizing process, where we are just troubleshooting.

We try to add as many jokes visually and audio-wise as we can until the last time we touch an episode. We’ve created this process over time, and it helps us keep the episodes alive and organized. Overall, it takes about 10 months. The production period for season one and two overlapped. Since we’re the only writers, we are always writing on top of the production. We don’t use Final Cut anymore. Now it’s all done in Toon Boom Harmony and standard Photoshop, and we marry everything in After Effects.

Do you have any favorite moments that stands out in your mind from season three?

Phil: We had [famous O.J. Simpson prosecutor] Marcia Clark do one of the guest voices for the third season. She plays a lawyer version of herself. It was one of these things that we just discovered in the booth. She morphed into Dennis the Menace. It was all like, what is the last thing you would say in the courtroom? She really was a whole lot of fun.

Mark: We had a great third season finale and we did a session with David Harbour (Stranger Things) and Edie Falco (The Sopranos, Nurse Jackie). Edie plays this wolf named Psycho and David is the voice of a flamingo named Hawke. It was a very strange pairing, but it was a lot of fun. It morphed into the two of them having a strange relationship as they are both bad guys. Those two are such great actors and it was hysterical to see them diving into something so silly.

Phil: We have evolved so much over these past 10 episodes. We let loose a lot and there are tons of jokes per minute. Also, lots of our characters are smoking pot this season.

Mark: There’s a new sense of high-mindedness this year as well. Since there are no humans in this season, we focus on interspecies communication and how the animals get along to make life better for everyone.

Phil: As an added bonus, in the live-action parts of the show, viewers can also see how hot Mike and I are in real life, because we play two government officials based in New Jersey, who have been assigned to watch the animals. 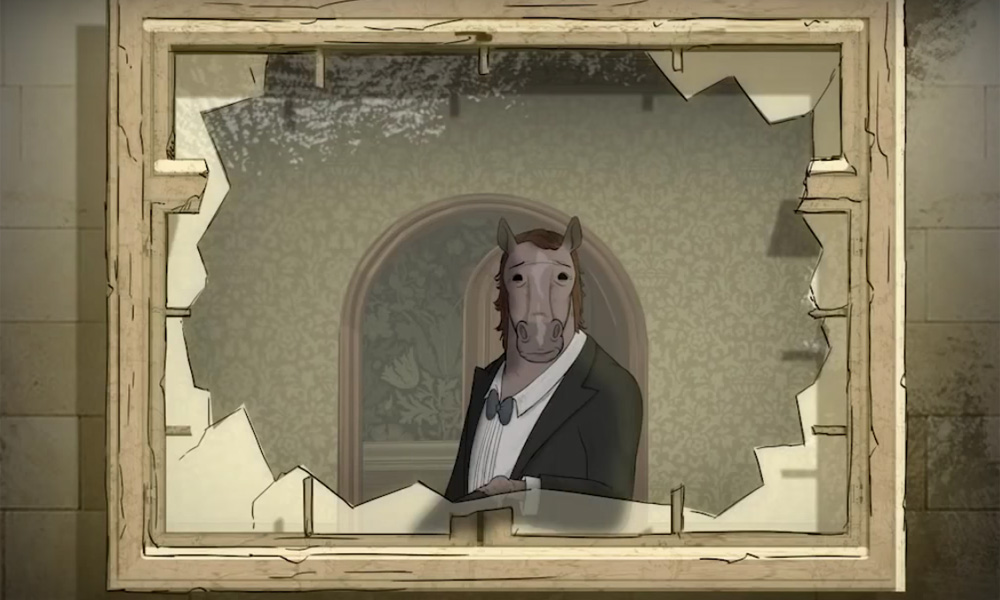 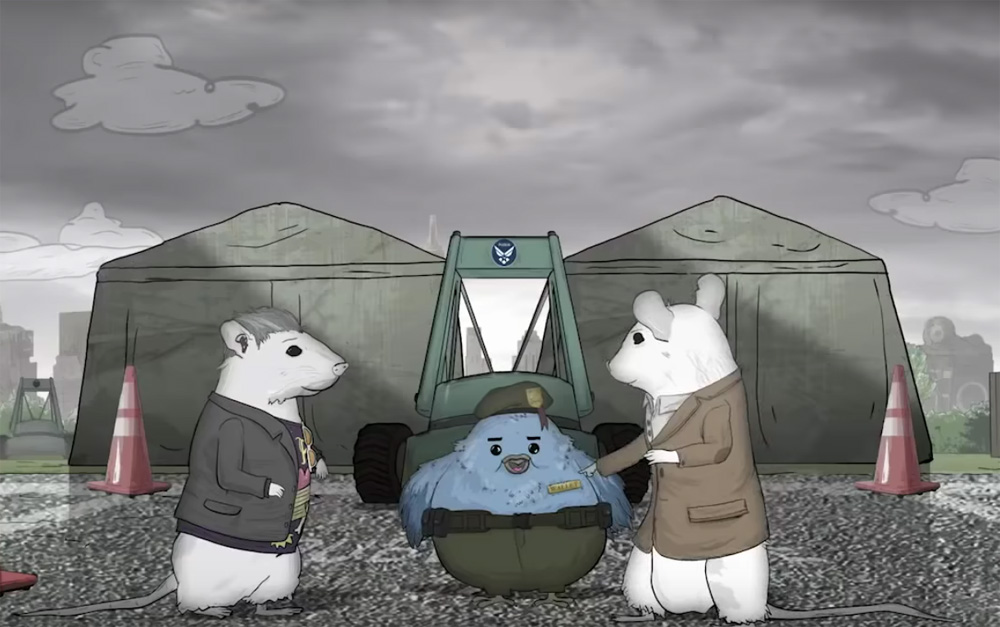 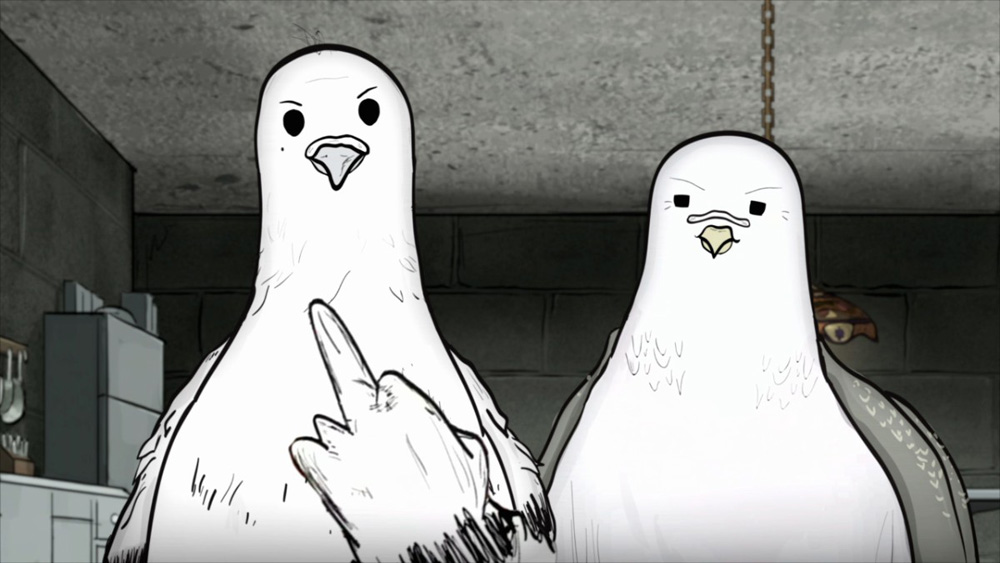 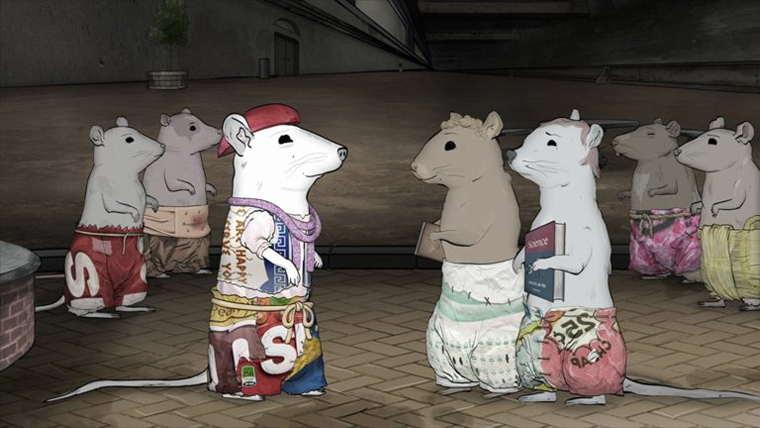 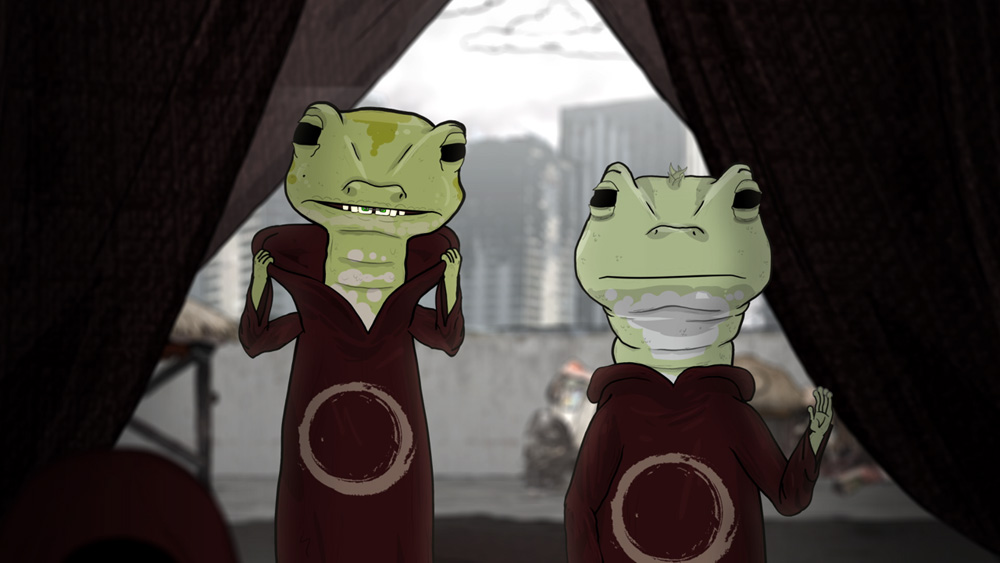 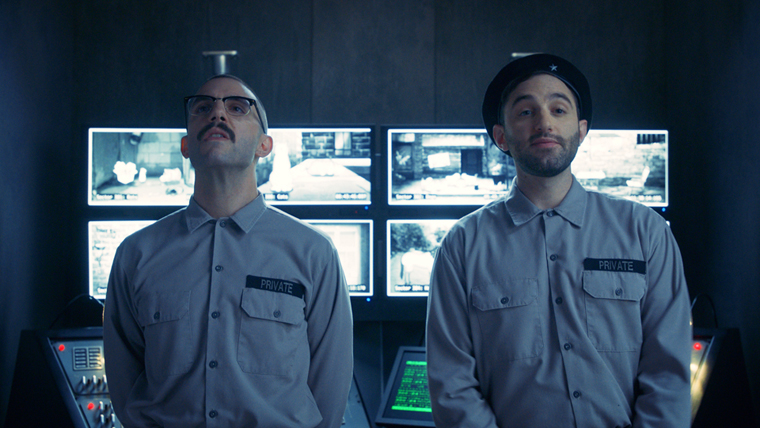