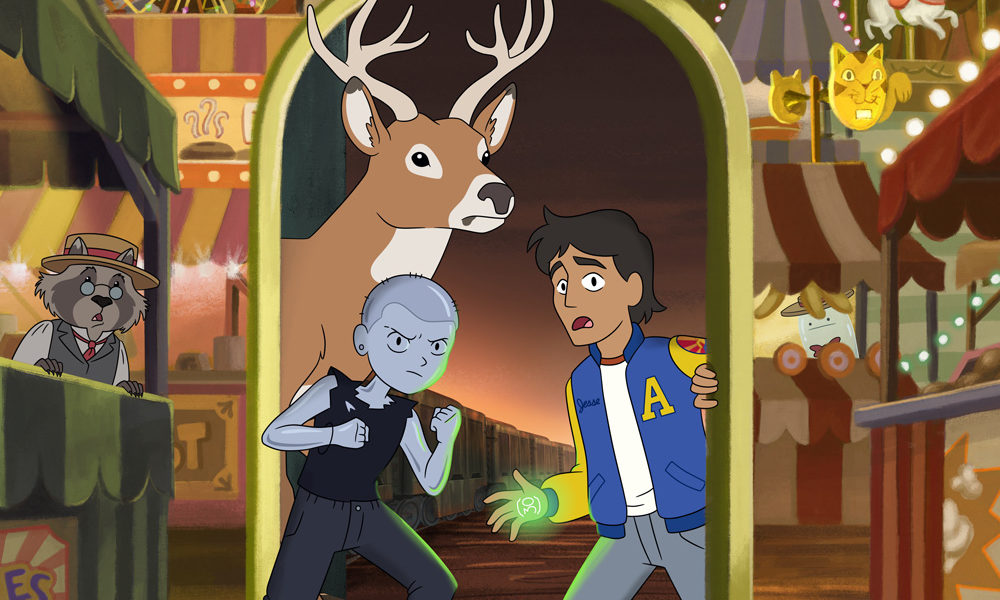 What happens when a love of eerie point-and-click adventures, a youthful obsession with special effects animation and a disorienting airplane experience combine? As series creator Owen Dennis will tell you, it sometimes results in an exciting new animated series! Dennis, a graduate of the Minneapolis College of Art and Design and four-season veteran of Regular Show, took some time out of his busy schedule to thoughtfully answer our questions about his highly anticipated Cartoon Network original, Infinity Train.

Animag: Tell us a little about your show and how you came up with the concept.
Owen Dennis: Infinity Train is a show about a girl named Tulip who, after running away to game design camp, wakes up with a mysterious number on her hand aboard gigantic train where every car contains a different universe.

I thought of this in 2010 on a return flight to America from China. Midway through the flight, I awoke over the Pacific Ocean where it was very calm and dark. I looked around and all I could see were people’s faces staring into the TV screens in their seats. I thought, “If I had no idea what this was, this would be pretty terrifying,” and sort of went from there. I like starting in an unsettling or disquieting place and seeing where the story can go from that.

What were your visual influences for Infinity Train?
Lucian Stanculescu and Killian Eng are two artists I really admire and the flavors of their work are definitely in the show. Myst has also always been a big influence on me. I first played Myst when I was 13 or so and I used to draw on the notecards I was supposed to use for science class. Every drawing would be a POV shot of the room and I would imagine, “OK, so if you clicked on this door, it would take you to this other room,” and then I’d draw some notecards for that. Eventually I learned how to actually code those sorts of games and I moved on to making point-and-click adventure games as a teen, and other games. The game Tulip makes in the first episode is almost exactly the same game that I first learned to code using visual basic when I was like 13 or so.

How long have you been working on this show and how many people work on it with you?
Ah jeez, who knows? Overall it took about nine years from when I first thought of the show, to when it finally aired. Actual production took about two years. I think this is the rough timeline of the show:

2010 – Thought of it on a plane.
2014 – Pitched the show to CN in January, developed it with them for a while.
2015 – Pilot was greenlit and we started making it.
2016 – Pilot was released online and went pretty viral pretty fast.
2017 – We worked in a small writing group to develop what the show could be like. Started production late in the year.
2018 – Still making the show.
2019 – The show is coming out on August 5th this year and we literally only finished the first 10 episodes one week before they had to air. Animation takes a while to make huh?

I think at our peak on the show we had… 36 people? So that’s production, writers, board artists, designers, painters, colorists, editors, timer, freelancers and sound. But that was peak, all the schedules sort of overlap at different points, so on a day to day basis it was usually somewhere between 10-20 people. I don’t know how many people they have working on the show at Sunmin, but I assume it’s a similar amount.

Where is the animation produced? Who is the overseas studio?
Sunmin is our studio in Korea. They’ve been doing a really good job and they want to do it right. They’re just as excited about the show as we are. There were a few emails we sent back and forth that were just their studio head (Director Sang) asking what was going to happen next because he was so curious about it.

Which tools were used to create the animation?
All the stuff from Sunmin was done with paper and pencil, scanned, colored in the computer, then composited into After Effects. I created some of the animation as well in Photoshop.

Who are your animation heroes? Your fave animated characters?
I’ve always been a big Phil Tippett fan. I went and saw a screening of Starship Troopers where he was the guest speaker. When I went up to shake his hand my legs were so wobbly, and I was just like “I… I really love your work. It means a lot to me.” And then he said something self-deprecating and I walked away and started crying. It was very embarrassing.

My favorite animated character is probably Peggy Hill from King of the Hill. She is one of the most hilarious characters ever to grace our televisions. She has so much passion, so much self-righteousness, she’s so wrong all the time, and yet she still has all this emotional vulnerability and moral fortitude that just makes her one of the most well-crafted characters that has ever existed.

When did you know you wanted to get into animation?
I saw an IMAX documentary when I was in 4th grade directed by Ben Burtt, called Special Effects: Anything Can Happen, and it completely changed my life. I was absolutely sure that I would go into special effects and that was gonna be that. I wanted to make models, blow them up, do stop motion, make matte paintings, all that stuff. I used to scour behind-the-scenes featurettes on DVDs to see how they would make sorts of special effects. However, by the early 2000s, everything in special effects started being made with computers. More things than actually should have been made by computers, because people were so excited about the technology. So, every behind the scenes featurette on a DVD was about how they were using “3D computer animation” to make all their cool-looking stuff.

I ate up anything that was about 3D animation, learning to do it myself in junior high and high school. I eventually started really liking game level design because I could use my 3D skills to replicate images like I’d seen in Myst and other point and click games. I learned to program point and click adventure games, I got into level design with Half-Life 2/Counter Strike Source and Unreal Tournament 2004, etc.

So honestly, the whole idea of 2D animation in general kind of never occurred to me. I only associated it with old Disney movies and anime, both of which I naively thought were kinda bleh (I have since reformed). It was only after my first year of college, where I started being introduced to more independent 2D stuff made by my friends and classmates that I started realizing the potential of 2D animation and how interesting it could be.

What was the toughest part of creating Infinity Train?
I’ve only ever worked on 11-minute shows where each episode is kind of standalone, so doing a series where there’s an emotional arc across a bunch of episodes is a new thing for me. There are so many little details, both in the physical mysteries of the show, but also in the emotional growth that Tulip is going through, that it requires a lot of attention and concentration. So a lot of that comes down to trusting our team to remember everything as a group. I can’t make this show on my own, it’s a really big team effort and I’m so thankful that they’re all so good at what they do.

What do you love most about this show?
I like the emotional aspects of the show. We get to dive into some subject matter that it feels like other kids’ shows don’t get to do, yet if you look through classic children’s literature, used to be covered quite often in children facing media. These were stories that my parents always loved and that I loved. My mom sent me a text recently that actually sums up my exact feelings on it as well:

“So, I’ve been watching reaction vids and commentary (I feel like some kind of theater mom mentally pushing for my kid’s success) and it’s funny. All these people are talking about the darkness and scary parts of the cartoon and yet I think about all the dark and scary fairytales, stories and books that have lasted for (in some cases) millennia or at least decades. I’ve been sorting kid books for the last week and tossing some (pap) keeping most (dark and scary or with some sentimental value to me). The books that most stuck in my mind are the ones that did cover some sort of emotional/developmental stage in a kids life and had scary parts. I’m thinking: 5 Children and It, The Diamond in the Window, The Wolves of [Willoughby] Chase, A Series of Unfortunate Events, Abhorsen, The [House with a] Clock in the Walls, all Mark Twain books… And more… So many books. So little institutional memory of them. I’m saddened.”

My goal is make sure that this old, darker tone and these discussions in children’s media continue to move forward into the future, without talking down to anyone or hiding anything. I want to be respectful of the tradition of darker children’s media.

What is the best advice about working in animation anyone has given you?
Hire the heart, train the hand. You can trust that just about every working artist can adjust their style to match the style you’re going for in about a month. If they’re not exactly what you’re looking for, but they’re kinda close, that’s fine. Aesthetic is something that can be learned and no style is so unique that someone else can’t make something similar. That’s all the hand, and it can be trained.

However, you can’t really teach someone to not be an asshole. There are a lot of ideals that we all want this industry to be able to live up to: fair wages, not overworking your crew, a communicative and supportive community, fulfilling work, safety, accountability, etc. So how do you achieve that? You need to make sure that the people you hire are people who personally exemplify the behavior that will lead to those results. People who are respectful, honest, fair, self-aware, open-minded, compassionate and empathetic. That’s the heart. That means that when they move onto other shows, they bring those attitudes with them and it can spread.

I don’t care how great an artist you are, if you treat others with disrespect, if you put others down to move yourself up, if you lie, if you belittle people, then you don’t deserve to work in this industry. Don’t hire assholes, hire good people, and the world will bend toward goodness. 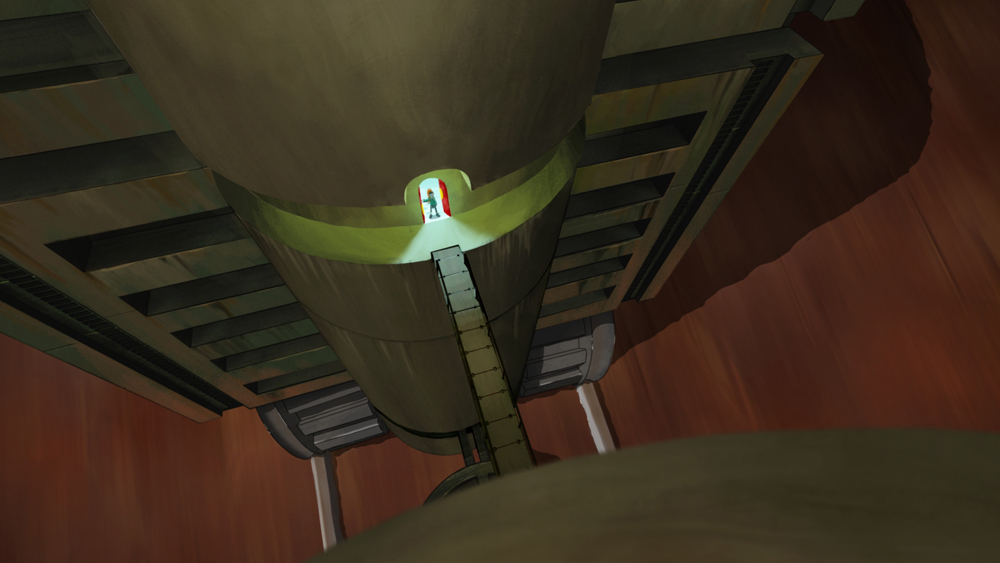 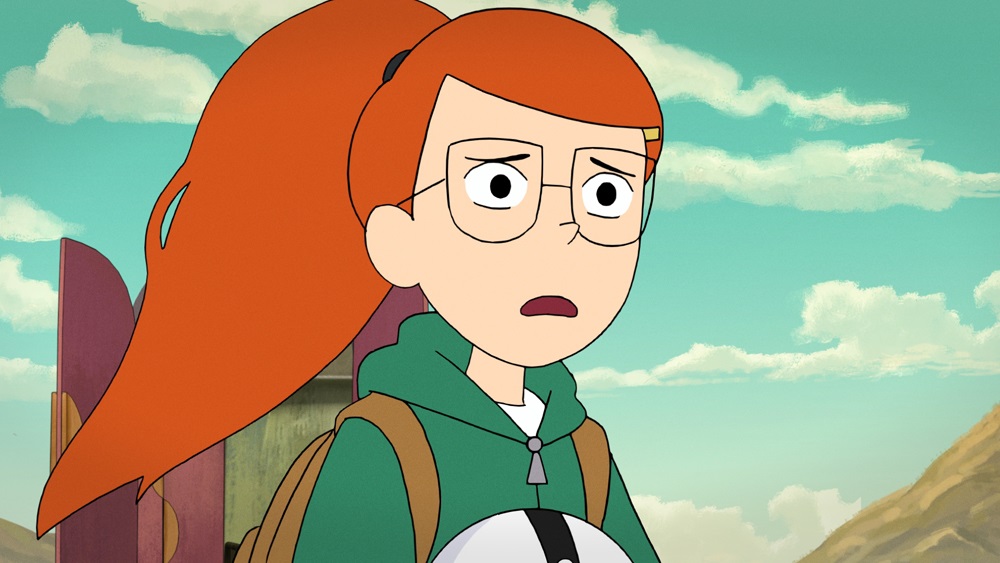 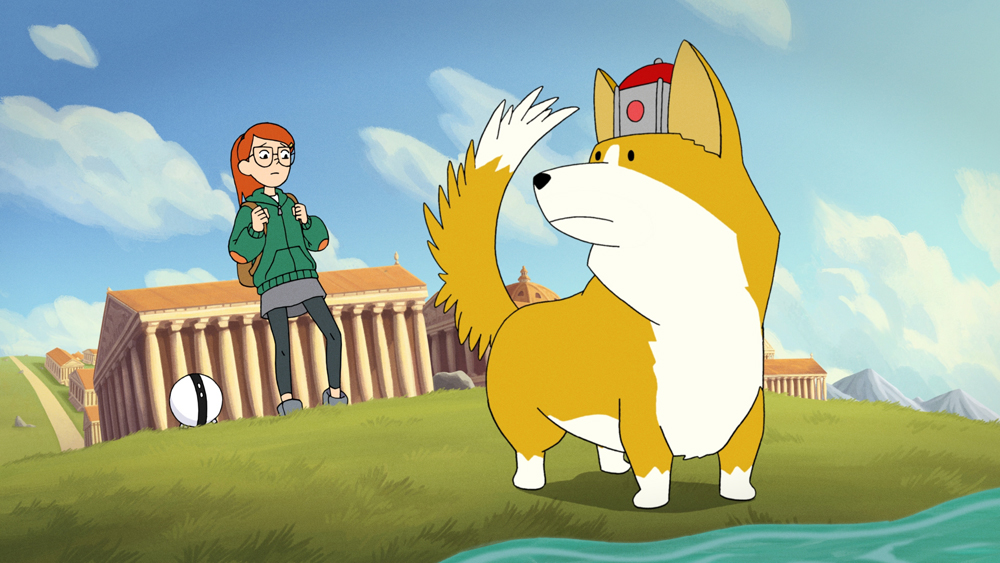 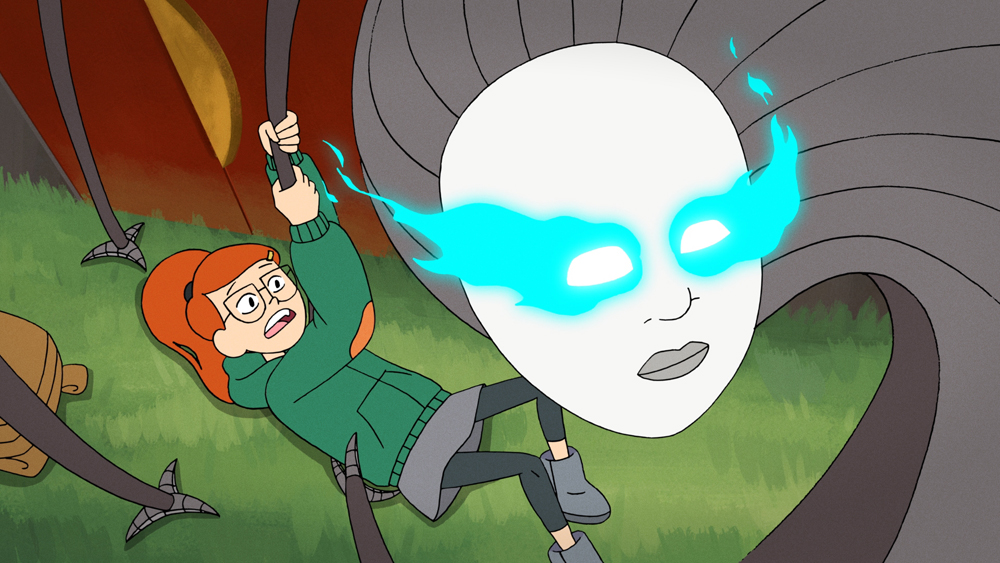 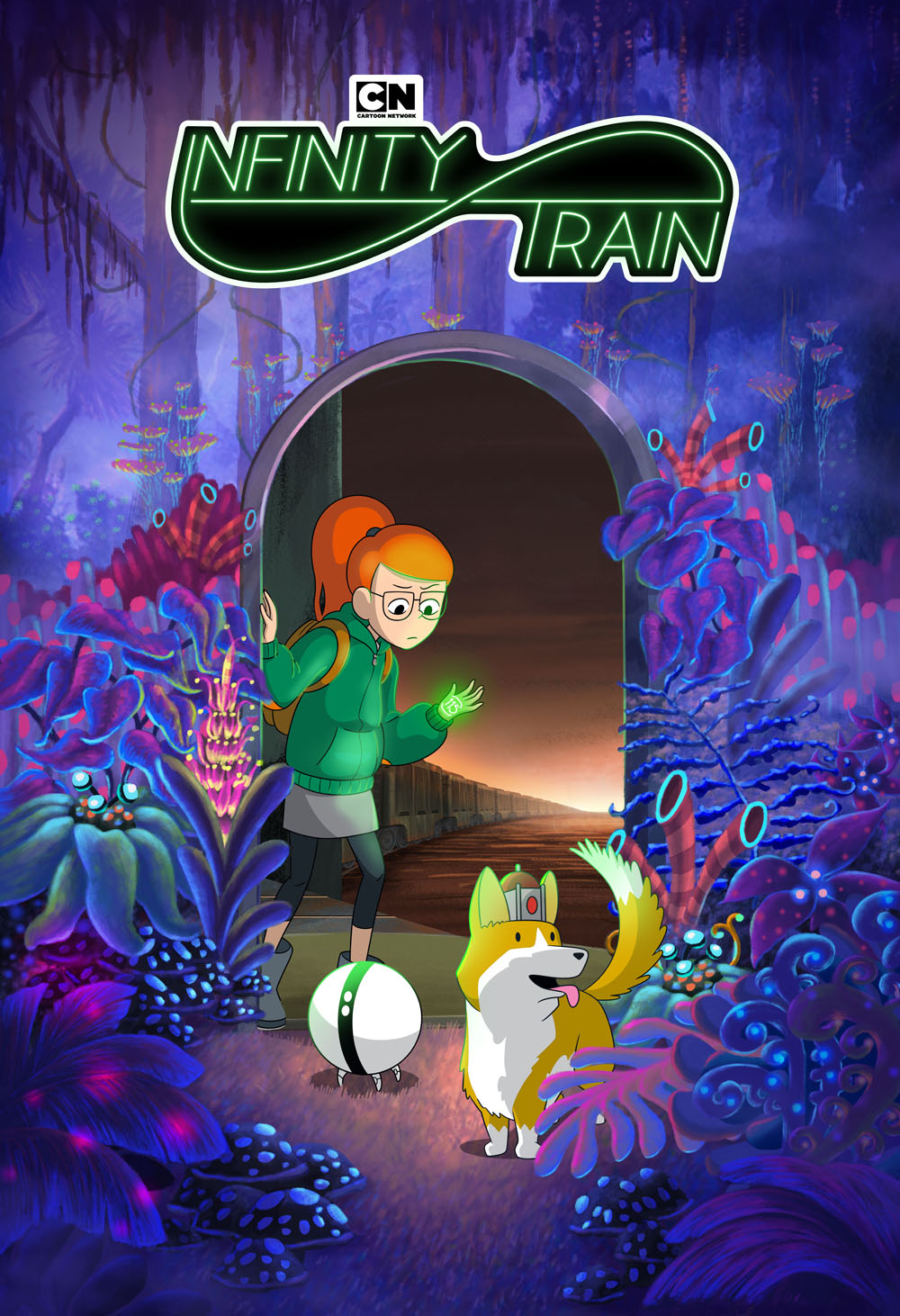 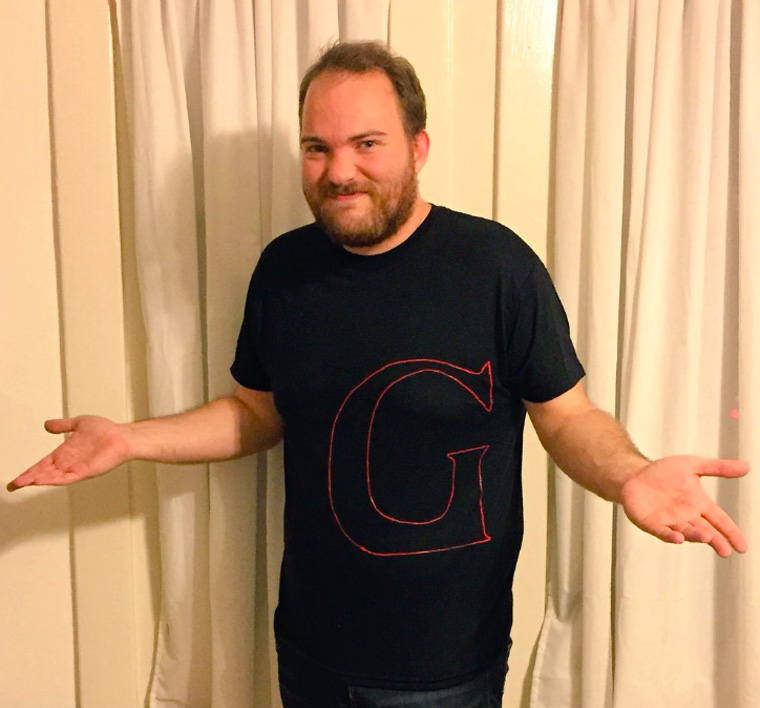