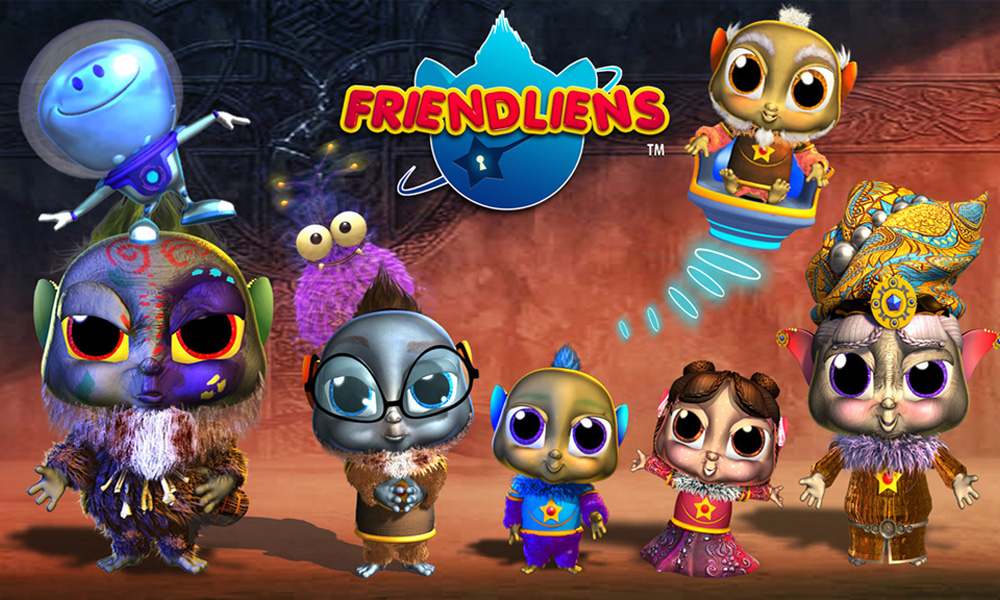 Animag: Tell us about your new project Friendliens … how did it all start?
When my twin daughters were born in 2011, I became a single parent having to learn how to take care of two new baby girls and my four-year-old son alone while trying to keep food on the table. I was terrified. … When my daughters were old enough to walk and I had a little room to breathe, I looked around to see if I could find products, shows that would support my plan as a parent, and I couldn’t find anything that didn’t have a religious or political agenda hidden in it, or wasn’t making me cringe as a parent. 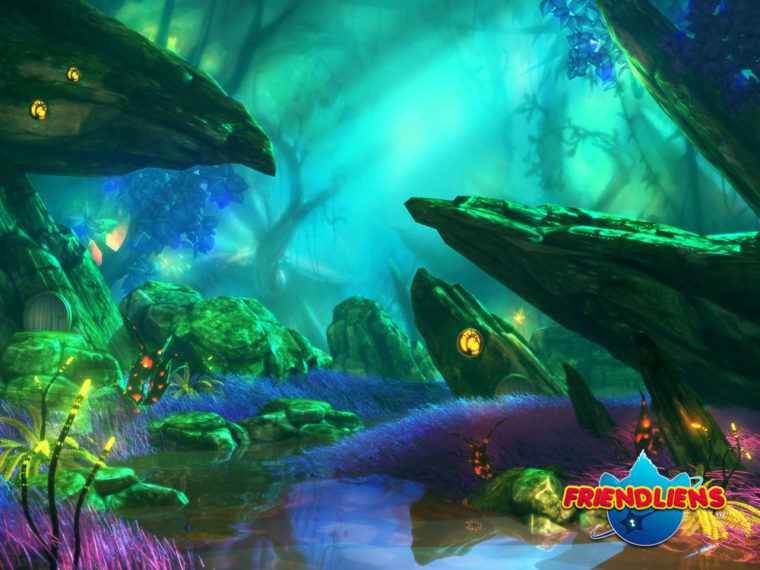 The hope is to get kids excited about setting goals, having good manners, leaving the planet better than they found it, dealing with bullying, combating childhood obesity and seeing the value in our community leaders … I also wanted to give all control of the network to parents so that they are in complete control of the content. Parents can create their own playlist for each child in there home of subjects specific to the needs of that child and use our chore helper to incentivize kids with rewards that they deem worthy.

We’re creating new 2- to 3-minute long, easy to understand 3D cartoons each month for one low $2 fee … And we’re building a rolodex of solutions using best practices to get kids excited about doing things all parents hope for their children. We’re also adding a health and fitness program and getting kids prepared in case of emergencies from fire, floods and earthquakes. 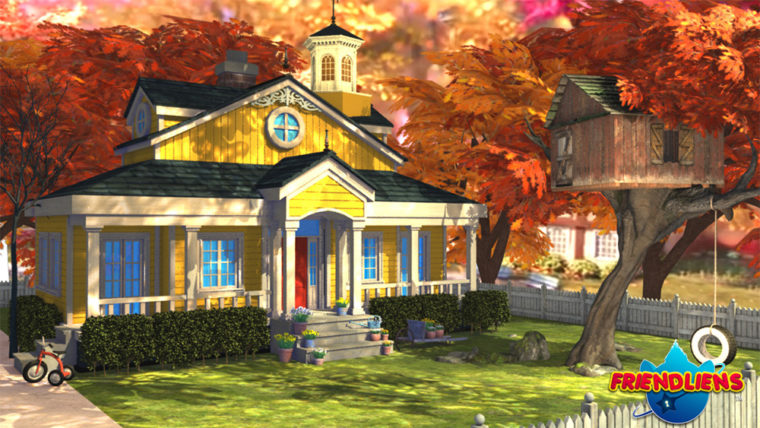 How long have you been working on this project?
I started the project in 2011 when my daughters were born. It’ been a labor of love with my Disney fans support the development of the app by supporting my fine art.

How did you create the characters and the beautiful backgrounds?
I worked in the video game, TV, film and VR ride industry since 1990 as an art director and game designer. I was always a fan of Star Trek and Rod Serling’s Twilight Zone and thought it would be easier talking about social issues if I used aliens, since there blood is green and we could talk about subjects without judging them by the color of their skin. I thought it would be interesting if their home world and backstory acted as a cautionary tale and a beacon of optimism after discovering what it means to be a Friendlien. They redeem themselves, and so can we.

Why do you think the idea would make a great animated series?
With most games and shows these days promoting sex, violence and bad behavior, I wanted to create a series that parents could 100% trust. I didn’t want just children to love it, I wanted to make something that parents could get behind. With so many parents handing their phones over to their children when they’re in the grocery store, if they’re going to look at something, why not make it good content that gets them thinking about being friendly?

Tell us a little bit about your background?
I’ve built rides for Disney Imagineering and Steve Spielberg, I’ve art directed some of the first 3D shows on TV, worked on the biggest games in history, and I’ve had a very long career that I walked away from in the video game industry. I’ve held 30 professional occupations in the entertainment industry at the highest levels which has allowed me to be a one man Pixar for the Friendlien project. You could say all of this has prepared me for the most important project of my life. 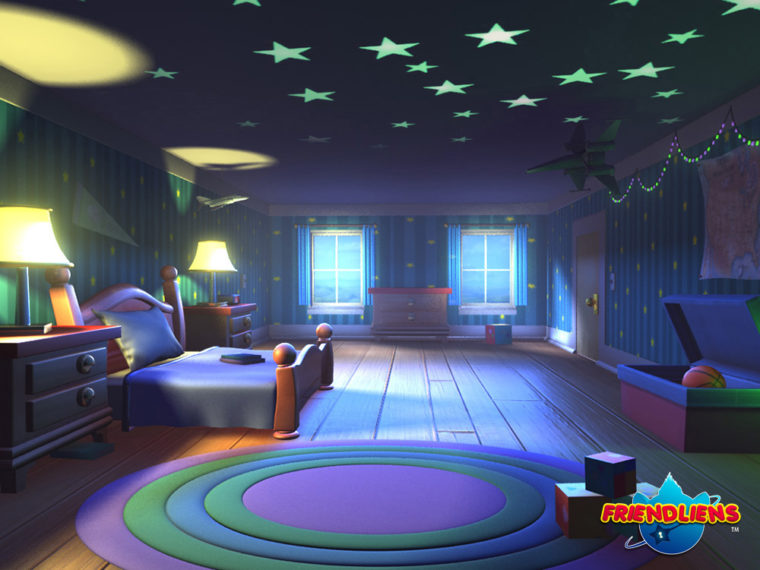 How did you get started in animation?
I started in the video game industry in 1992 when the 3D revolution was just getting started. I finally got to animate a project called Growums, where I created over 100 episodes over four years by myself. I felt like Walt Disney trying to figure it all out from scratch. That project was featured on the show The View and made national news.

Who are some of your animation inspirations?
Walt Disney is my hero. It’s why I’ve worked with the company since 1995 in different capacities. Walt cared about family entertainment and magic. He had a charm about him and all of the movies he produced when he was alive were always about good conquering evil and we need more stories like that today.

What do you love about working in the animation business?
As an artist, there is something very therapeutic about the idea of waking up each morning and building an impossible world with no limit where the characters you create might inspire a person to pursue their dreams and be a good human being to others. I’d like to think Walt would be proud. 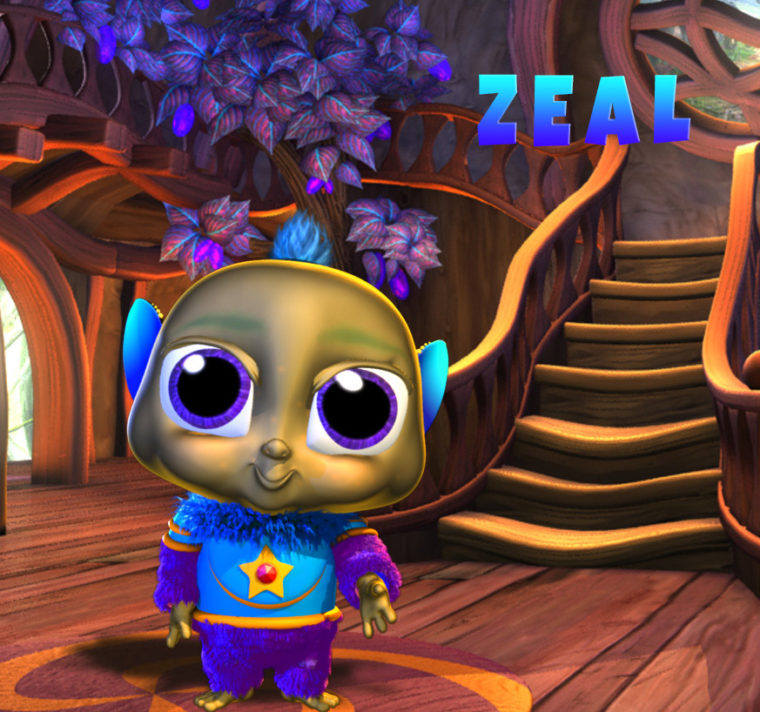 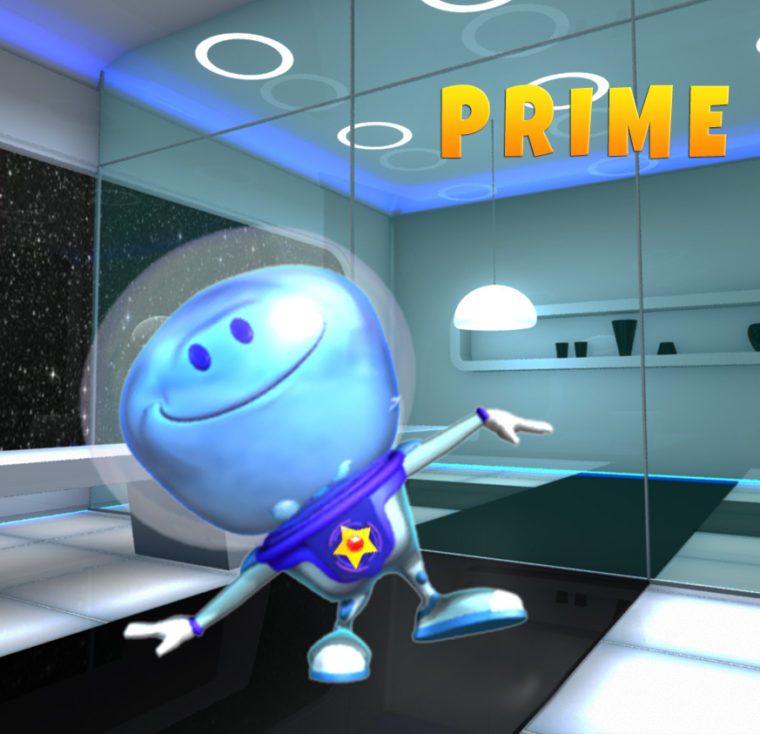 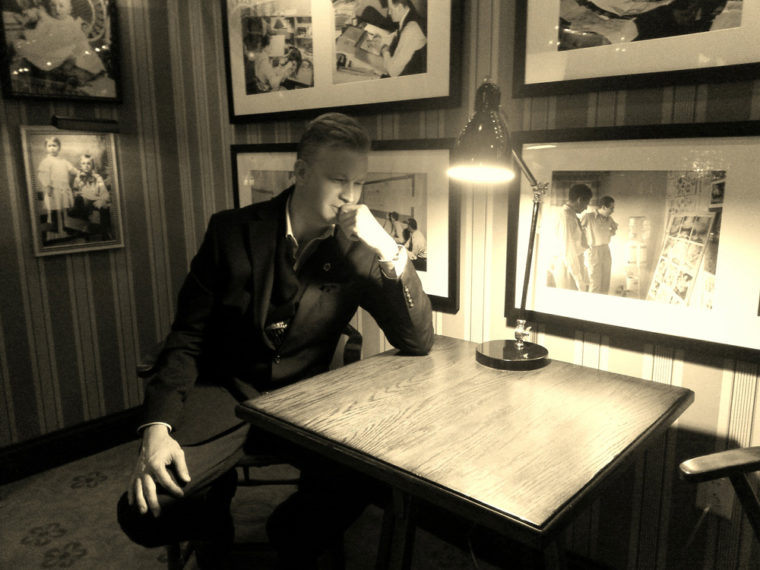 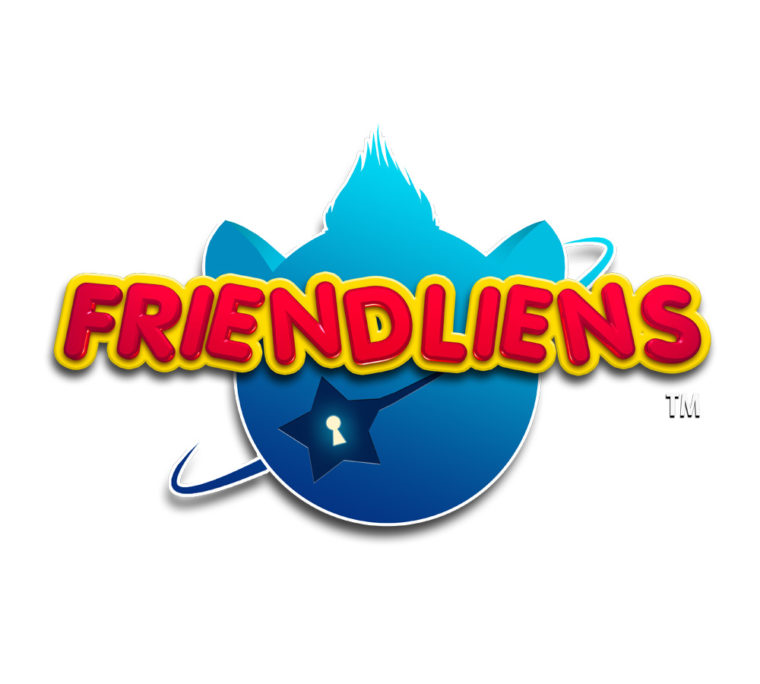