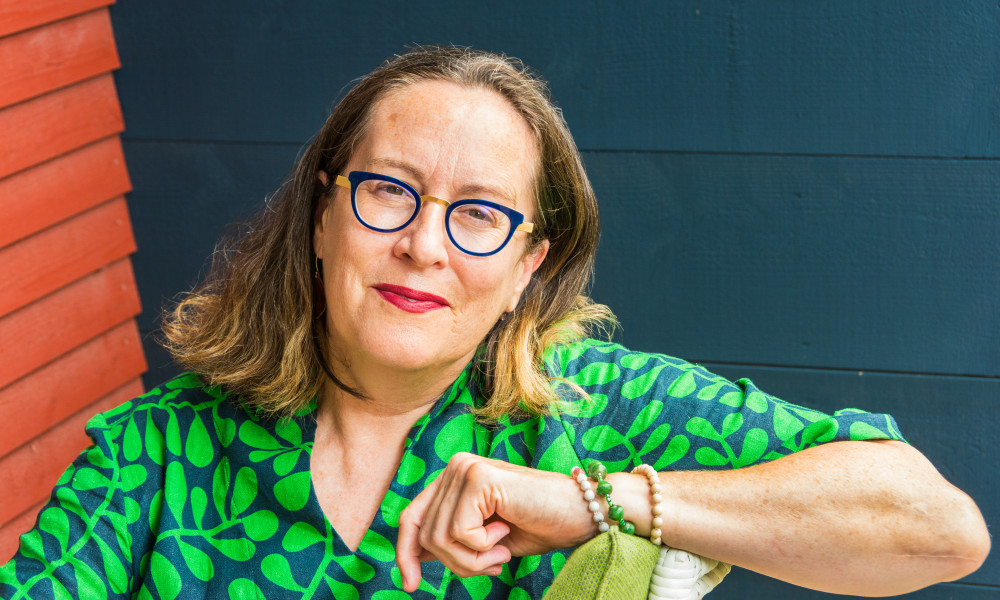 In recent years, I have helped develop two preschool shows that have mindfulness moments and themes: Tiny Island and True and Rainbow Kingdom. There are many other shows that cover similar grounds, but how often do we actually take a breath and practice what we preach?

Developing these shows often includes much discussion about what is “good” for a preschool audience. We talk about “what skills do children need in these troubling times?” — grit, gratitude, empathy, listening … The list goes on. How can we cover all these skills?! How do we reflect a pause in a show that has to keep children’s attention? How do we reflect the art of listening in a fun, engaging way? 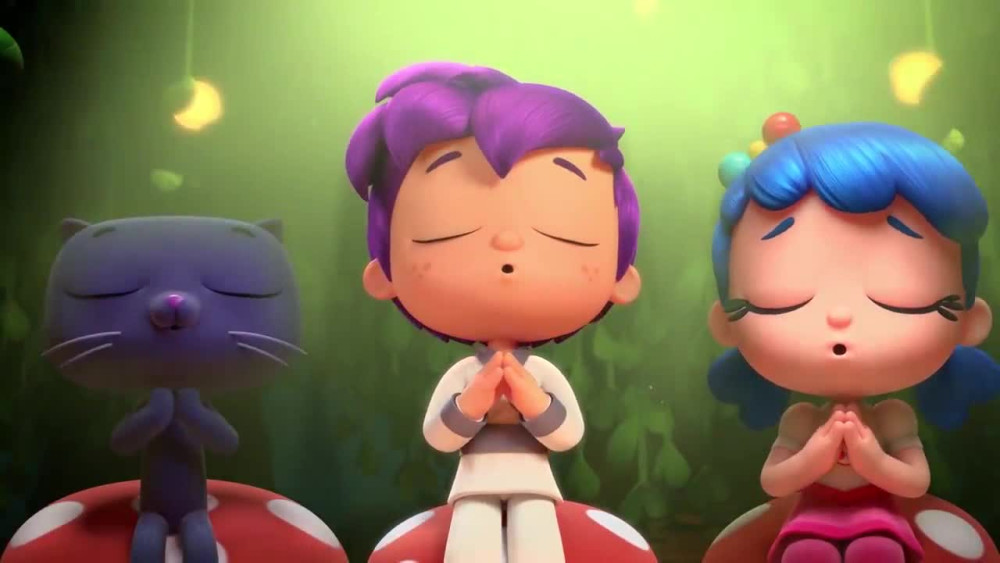 Let’s take a deep breath. One option: the classic Dora method with the helpful “what do you think?” question. But, as COVID rolled in, I was pushed to really pay attention to all these qualities. Has it done the same for you? I really do try and find mindfulness and gratitude in my day. I journal. I breathe deeply. I drink water. And now I am starting to say “thank you” to video conferencing.

Let’s call it “Zoom.” What a fun, preschool word. Remember the PBS Kids show Zoom, which first premiered in 1972 and then made a comeback in 1999? There are several of these wonderful onomatopoeias in tech-verse (I made that up). What about “Google?” Sounds like “giggle.” “Yahoo” — used to be a child’s cry of excitement! “Ice cream! Yahoo!” Do tech-verse do better when they are childhood friendly? Now we are developing vocabulary for children’s shows while marketing titans are doing the same thing. But that’s another story. Lateral thinking will get me nowhere. 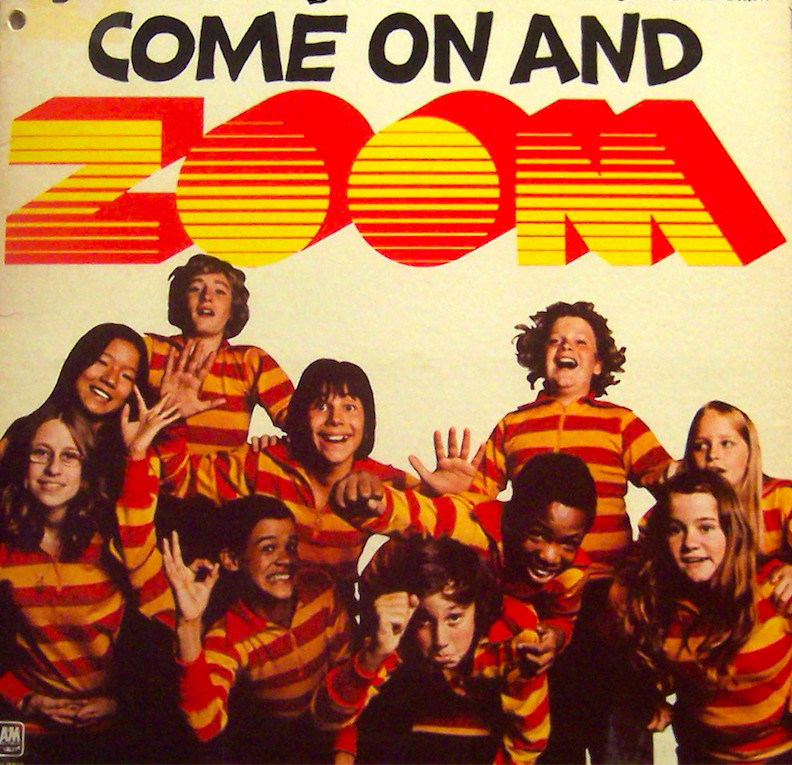 I have worked with a Zoom-like service since about 2004, when I lived in London and could speak to colleagues in other countries online,  it meant less time away from my little boy. I was happy for the convenience but just assumed it was like a telephone — just the new, improved version: the old Jetsons screen calls were now a reality. It was a tool. Even though I still marvel at how The Jetsons, a Hanna-Barbera show from 1962, could have got it so right. (I am feeling Jane Jeston’s “morning mask” right now!) Which brings me to another tangent: do kids’ shows create the future?

The pandemic has made us all see into each other’s lives and homes and families. So many traditional boundaries have been crossed — encapsulated in that video of the BBC News interviewee watching his child run into his home office, and his partner run in after! But still, I did not feel grateful for these insights. It is curious, but my imagination had always been pretty vivid about people “outside” the office. It was almost a little let down to know the reality was regular. But my dreams of characters still “went there.” Even when Zoom told me otherwise, I continued to write soap operas in my mind.

My Zoom gratitude did not really begin until I was mentoring a group of amazing people through Women in Animation. We got together once a week online, mostly from all over North America. We also had an artist, Maha (@poichanchan) join us from Pakistan — she was busy trying to get her animation project made. She got up at 3:30 a.m. to join the call; we could all see the darkness at her home. She was trying not to make too much noise, so she wouldn’t wake her parents. I can now see the word “transformative.” She could be part of our lives from her part of the world. We all got to meet Maha because of Zoom. Without the technology, we would not have known that she was trying to learn and connect from Karachi.

We also had Patricia in our group, another artist who lives in Nicaragua. Her project is a book that she is writing with some friends. Her WiFi was not always the greatest, but she joined sometimes with her video off. I miss connecting with people at the office, but honestly connecting with this group and with Patricia and Maha felt like an opportunity to connect with the world. Humans of the Planet.

Then, I had a Zoom pitch through an online conference with a couple from Lebanon. These artists were working and doing gorgeous work for commercials, but they had a fun and silly idea for a children’s detective show. It was wonderful and universal. It was my privilege to hear them pitch. I probably can not imagine what daily struggles they go through to be up at 10:30 at night to pitch me a story. How very grateful I am to be in a Zoom call with them.

Zoom has allowed me to hear so many new stories and connect from my home in Toronto to this world — in a way the markets do not, as only the privileged can pay the fees, flights, etc. The mindfulness I learn every day from these Zoom calls is astounding. I do not always get it right, but I take a deep breath and try again. Do you have that feeling, too? I hope it does become part of the new normal. I hope we can create this same feeling in a show for children today. Let’s try.

Mary Bredin is an acclaimed children and family content veteran who is currently Creative Development Producer with TeamTO, where she developed Jade Armor, which will launch on HBO Max in 2022. Bredin has worked at Guru Studio, Disney, Nelvana, Viasat and Canal+ over the past two decades. She developed and was an EP on Justin Time and True and the Rainbow Kingdom, and is one of the co-creators of Pikwik Pack for Disney Junior.