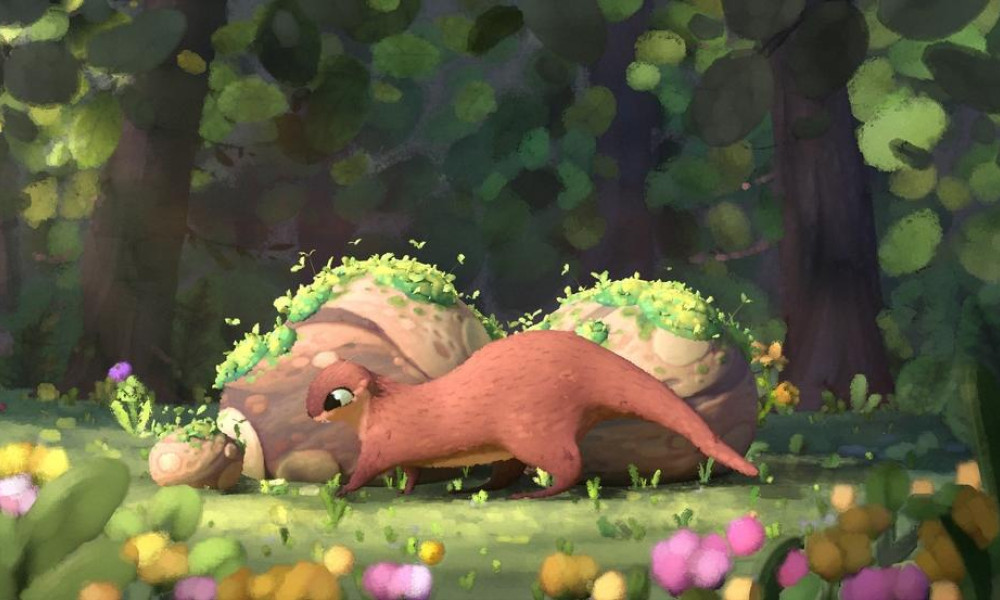 Festival-goers, talent spotters and even casual fans have come to expect the unexpected from the fresh minds of aspiring animators honing their skills at leading art & film schools around the world. This year, students of the prestigious ESMA (école supérieure des métiers artistiques) 3D CG training program in Montpellier, France are on their way to achieving ultimate recognition for their efforts with I Am a Pebble (Je suis un caillou) — a painterly, non-dialog tale of an orphaned otter named Bubble who lives with a “family” of softly rounded rocks, now in consideration for the Academy Award for Best Animated Short Film.

Maxime Le Chapelain — who created the short with Mélanie Berteraut Platon, Yasmine Bresson, Léo Coulombier, Nicolas Grondin and Louise Massé — kindly answered a few of our questions about this charming CG stand-out. (You can also watch an intriguing Making Of video at the end of this interview.)

Animag: Can you tell us how you came up with the idea for your short?

Maxime Le Chapelain: I Am a Pebble came from the simple comparison of otters taking round shapes to sleep and the round rocks in the rivers of my countryside. They share the same shape, they share the same place, and we tried to give them the same life. This story of family and identity came naturally as we wanted the otter to have a choice to make between the worlds of pebbles or otters. 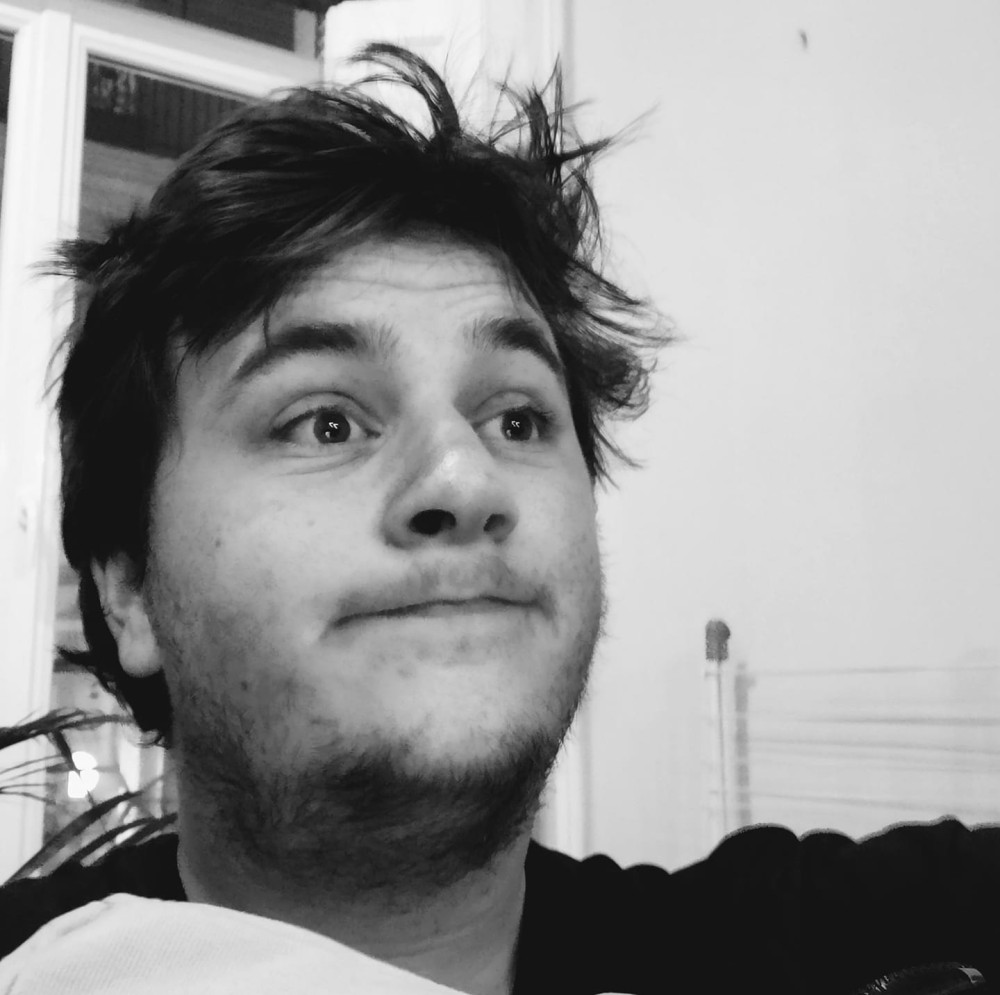 How long did it take to produce the short and how many people worked on it?

We worked for a little more than a year including preproduction and production which was sometimes simultaneous. We were six to produce this short film. For the last couple of months, we received the precious help of three interns to finalize the movie and of course there is the sound work made by the composer and sound designers.

How did you achieve the beautiful painterly quality of the animation? Which tools did you use?

The painterly look is the result of the long lasting work of Léo Coulombier, who developed the tools during the production that generate this pleasing brushes effect in Nuke and apply it as the final step of our workflow. Before that we worked on many aspects like hand-painted textures in Substance, looping textures, animating on twos to be coherent with the final “2D” style, and finally we did a lot of color script to get a clear target and don’t lose too much time in a heavy compositing process.

Actually, we had no specific budget. We just had the deadline of the final jury and school resources to work with, like software’s licence, school’s machines to render images, limited sound sessions and that was more than enough. 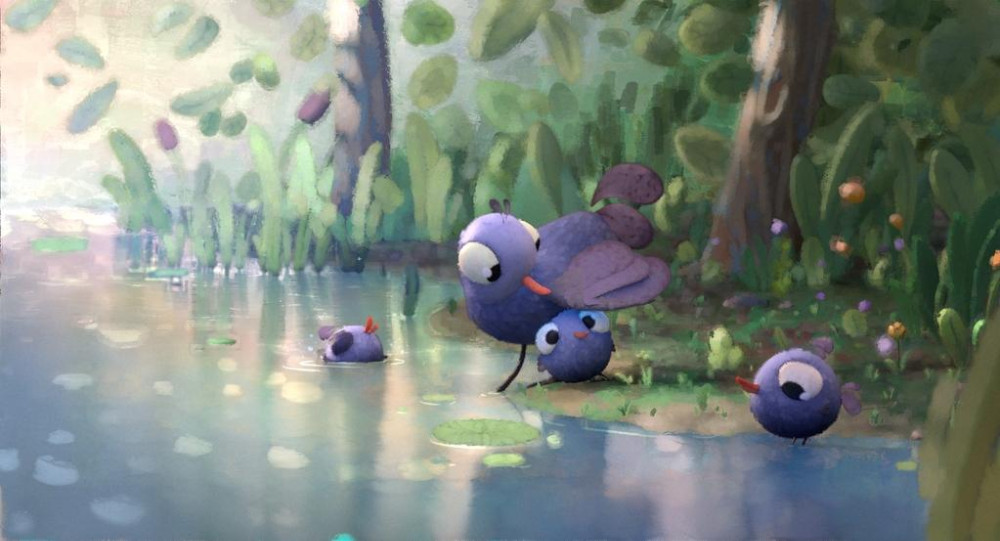 What would you say was the most useful/important class you took at ESMA?

It would be the animation class, as I discovered a completely new way to express and give life to characters but the true quality of ESMA for me was group projects every year because we created things we could not have done alone and it feels really great to grow with others.

What was the most difficult part of the project?

Apart from the technical challenge that was this style, the difficult part of the project was to develop this story. The pitch of an otter living with pebbles could seem ridiculous, but that’s why it was interesting. To create drama and conflict with only a non-speaking animal and pebbles, we had to find scenes and actions with the pebbles that would lead the otter to a series of disillusion and questioning. But as you can expect, actions made by pebbles are quite limited — and then, it became obvious that the otter’s perception against reality would help us to build the dramatic tension through the movie, really making visible this internal struggle of the character.

Today, I work to get a chance to direct a new short movie. It is a never ending path to learn storytelling and animation and I still have a lot of room for improvements. So, one dream after the next, I train, I write, I draw and soon or later, something may appear on a screen. 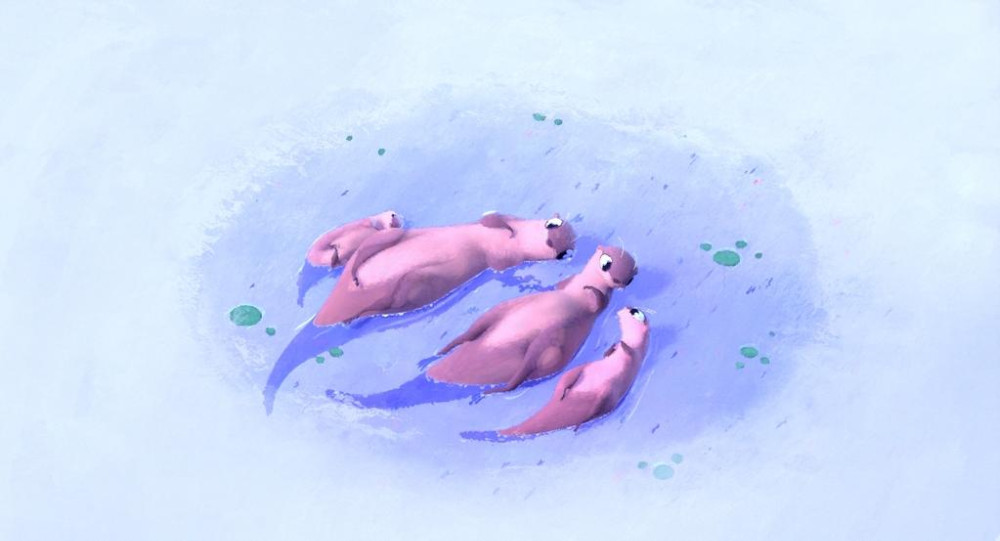 I truly learned I could work in animation when I entered ESMA. Before that I only wished to tell stories through illustrations or films, but in animation you can do both at the same time — and once you try to bring life to what was originally a drawing, you want all your drawings to come alive.

Who are your favorite animation auteurs?

During the last few years, animation authors who impressed me were Alê Abreu, Alberto Mielgo and Trevor Jimenez, for their examples of audacity, creativity and accuracy in storytelling and animation. They may work in very different styles, they all have a specific and fascinating vision of animation that I love.

What do you see yourself doing 10 years from now?

I only wish to work on moving stories with a great team, being at the core of the craft and using all what today’s animation offers to bring more touching characters to the screen through short films, clips or whatever I can achieve 10 years from now.

Learn more about the ESMA 3D Training program at esma-3d.fr/en.