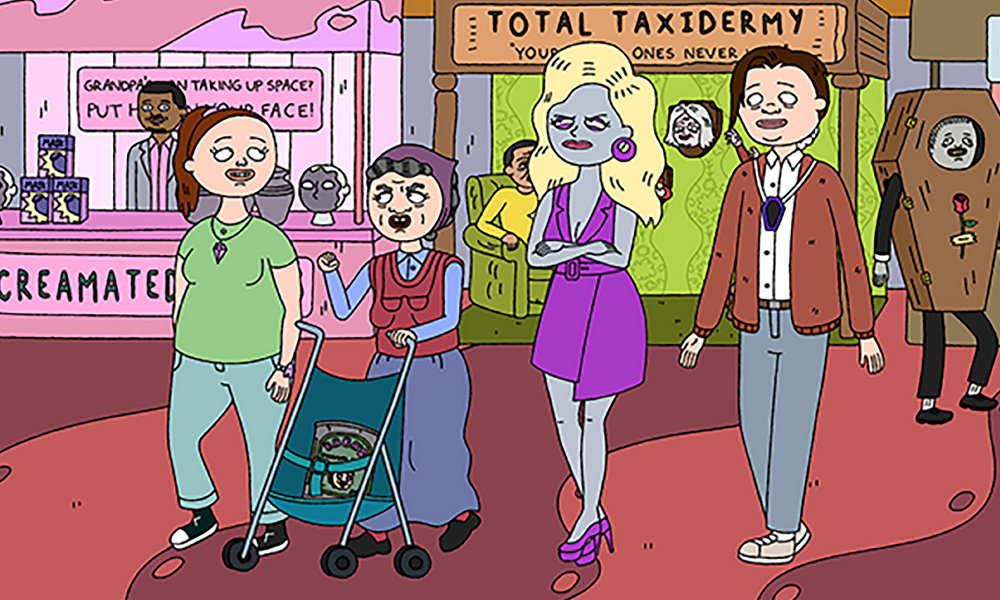 With Augenblick Studios’ latest project Teenage Euthanasia recently premiered on Adult Swim, we caught up with founder Aaron Augenblick to find out more about the making of this coming-of-all-ages comedy about death, family and (accidental) resurrection. The busy auteur also shared about Swan Boy, an animation for FXX anthology Cake based on Branson Reese’s comic about an anthropomorphic 20-something swan struggling through challenges both mundane and surreal; his labor-of-love R-rated animated movie The Adventures of Drunky; and what’s next for the Brooklyn-based indie studio.

Congrats on the success of your newest show! Can you tell us how you got involved with Teenage Euthanasia?

Aaron Augenblick: Thanks! We have a long friendship with PFFR that started when we created the animation for Wonder Showzen on MTV. That was one of my favorite shows we ever worked on! Alyson Levy is one of the founders of PFFR and the co-creator of Teenage Euthanasia. She contacted us when the show was picked up at Adult Swim to visualize the world and create a pilot animatic. 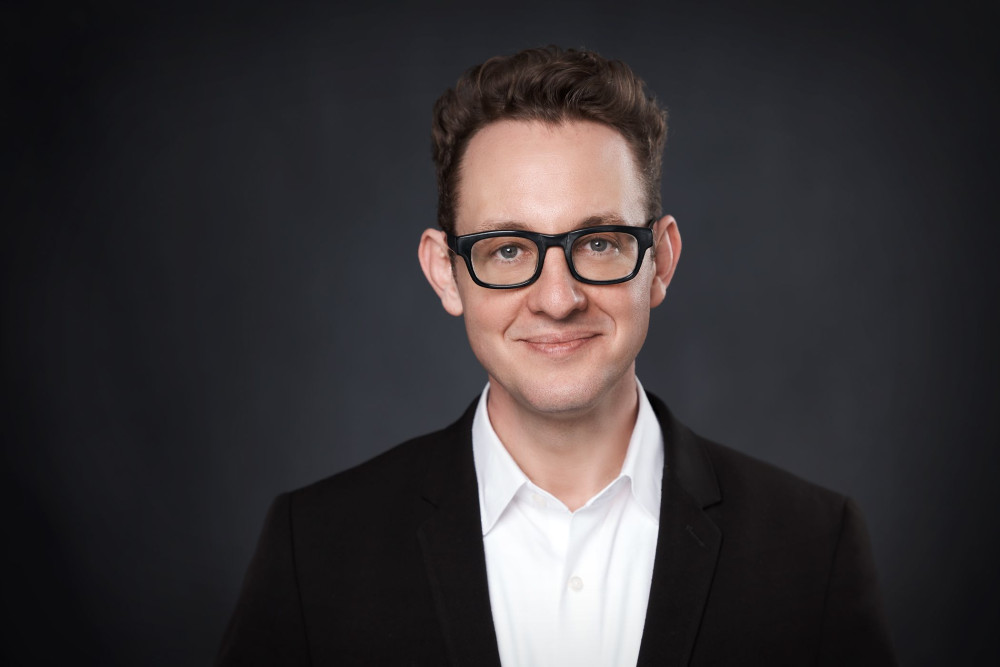 I immediately fell in love with this show. It’s funny, dark, surreal, with powerful character dynamics. It melds this really weird apocalyptic world of a Floridian funeral home with what is essentially a mother-daughter story. Two characters trying to mend a broken relationship. So it’s both strange and very endearing. And hilarious! Plus, the art director is Abby Jame, who created the look of the show. She’s one of my very favorite cartoonists right now, her illustrations blow me away! We used her comics as inspiration for all of our style choices. It was really fun to interpret such a cool, outsider style for a major series. Our Animation Director Katie Wendt used her expertise with adult animated comedy to create a beautifully twisted looking prime time show.

How many people work at the studio currently?

We always fluctuate based on the projects we’re working on. The past few years have been extremely busy, especially during the pandemic. We produced a few shows in 2021 that will start rolling out in the coming months. Over 125 people worked on Teenage Euthanasia, and we had even more than that on other projects.

We, like most of the bigger animation companies, have converted to a hybrid model of animation production, with part of our staff now working in-house at our Brooklyn headquarters, and part of our staff working remotely. I’m very proud of the large-scale virtual infrastructure we were able to create by necessity to make Teenage Euthasia during the pandemic, and deliver every episode on time. After 22 years, our studio is still scrappy! We adapt when we need to, and make animation by any means necessary.

Which animation tools do you use?

This year we created shows with Animate, Toon Boom, Photoshop, Premiere and After Effects, primarily. Of course, everything is hand drawn on Cintiq tablets. 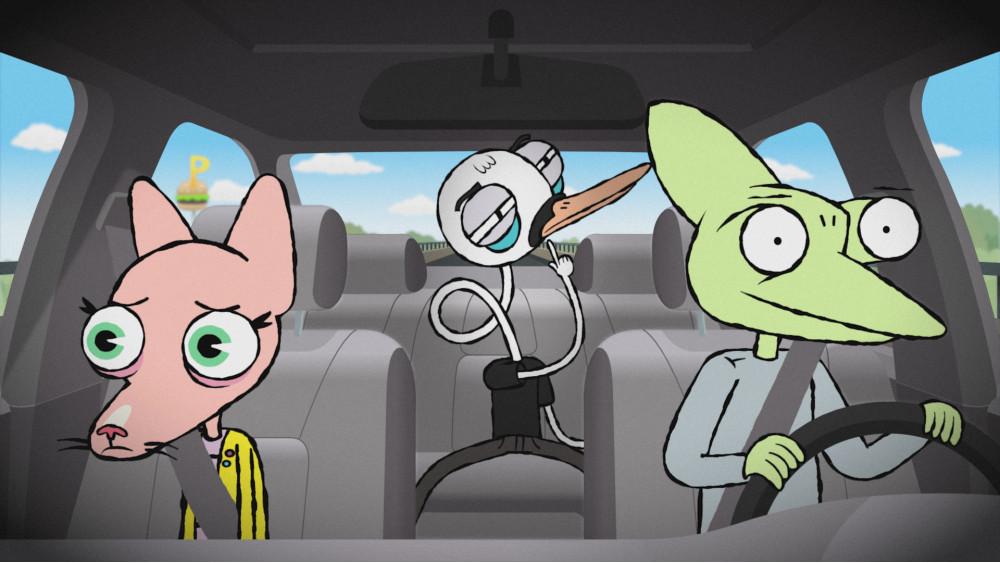 What other projects are you working on?

I can’t say too much, but we have a number of really exciting projects about to debut. We have a new short series called Swan Boy that premieres on FX at the end of this month. We’re working on a really cool new pilot for Comedy Central. One of the projects I’m the most excited about is City Island, a preschool show I created for PBS. This is a part of our new wing, Future Brain, which focuses entirely on children’s programming. I’m so happy that after 22 years, our studio is more creative and productive than ever!

Can you tell us a little bit about Swan Boy and how it all came to be?

Swan Boy was created by Branson Reese, who is a creative force. We were mutual fans of each other, and FX paired us up to create a 10 episode series for their anthology, Cake. This show was such a treat to make! Pure, undiluted, hilarious cartoon comedy. The premiere is on September 30.

It’s a great pairing of the honest emotion of adolescence, with over the top cartooniness. Swan Boy is both relatable and despicable. Working with Branson was so inspiring, out of nowhere comes this kid who writes, draws, voices and is totally hilarious and cool. It was like finding the next Mike Judge. We had a lot of fun making Swan Boy, I think It shows in the finished product.

Can you tell us anything about The Adventures of Drunky?

Yes! We had a brief break from production because of our series commitments. This year, we finally started animation and are looking to launch the full production and complete the film in 2022. It’s a fully independent project, with independent financing, so it’s a very different beast than TV productions. It takes time. I created it, co-wrote it and am directing it, so obviously it’s a passion project. I can’t wait for the world to see it! 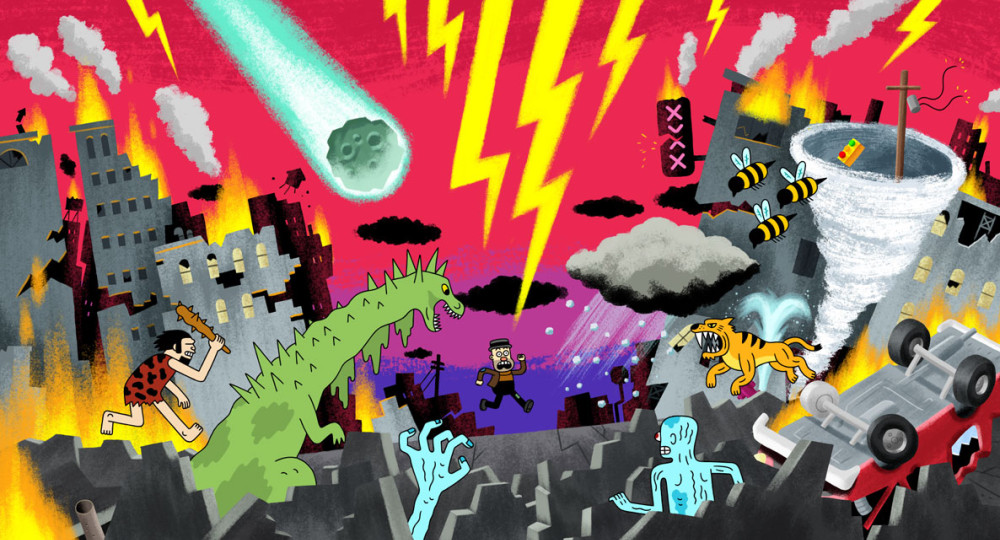 The Adventures of Drunky

What is your take on the state of the animation biz these days?

I’m impressed by all the industries in the world that battled their way through the pandemic! Animation is no exception. Studios adapted, changed their pipelines, technology, staff structures, all to not skip a beat as the world demanded entertainment while in lockdown. I think the traditional business model has been shaken up, and that the hybrid system is here to stay. There are certain elements of the creative process that necessitate in-person interaction, but there are also jobs that can be done efficiently from home. Having a robust virtual staff has opened up an entire world of talented artists, in a way that I’ve never experienced before. We had a global team working on our shows this year, which was really thrilling.

You have been associated with some of the coolest adult shows over the past decade — what would you say is the secret of Augenblick Studios’ longevity?

At the core, I’m an animator, and I lead my company creatively. Most of my decisions are based on what interests me on an artistic level, rather than what makes the most sense financially. Our studio is more like an artist collective than a business, honestly. So in the end, whether a project is successful or not, I’m always proud of the work we achieved and had fun doing it. Life is too short to work on boring, ugly shows! But I find that by gravitating towards animation we enjoy, and approaching them smartly, success tends to follow. A willingness to adapt and pivot has been essential to our longevity. Also, the magic of Augenblick Studios is with our artists. We couldn’t achieve anything without the creativity, drive, artistry, and dedication of our team. 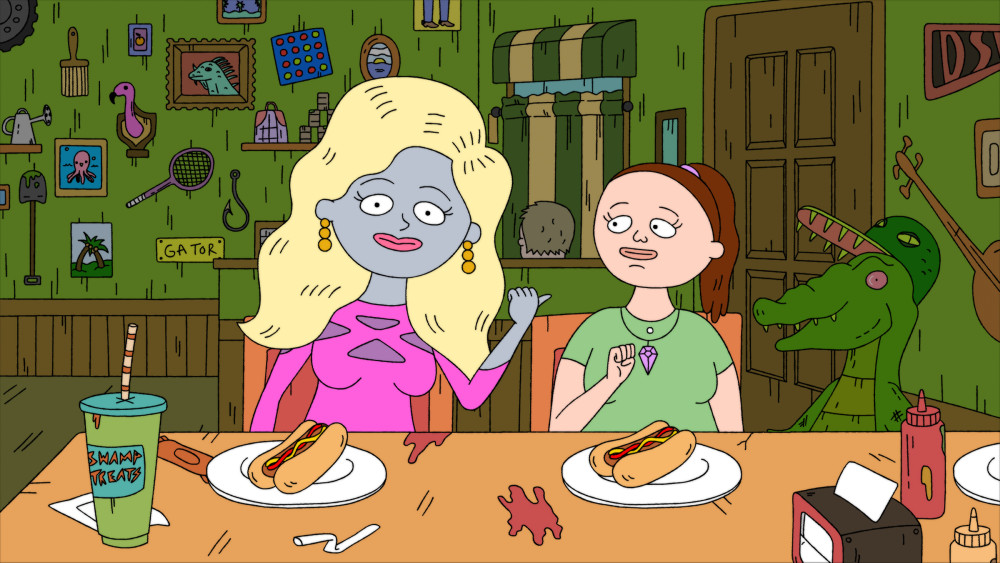 When did you know you wanted to get into animation? Who are your biggest animation influences?

I’m lucky because I’ve drawn for as long as I can remember, and never really had to make the decision to be a cartoonist. I just always knew it. The biggest choice was between comics and animation, and I felt I had a stronger voice with animation.

My biggest influences are in classic animation like Fleischer, Disney and Looney Tunes. Underground comics were influential as well, like Crumb, Clowes, Ware, Raw and MAD. But honestly, a lot of my inspiration also comes from visionary filmmakers like Lynch, Kubrick, Hitchcock and the Coen Brothers. I could go on forever!

What kind of advice can you give newbies who want to start their own animation studio?

Work somewhere else first. Don’t start everything from scratch. There is a whole history of animation production to learn from, adapt and evolve. Once you understand the past, then create your future.