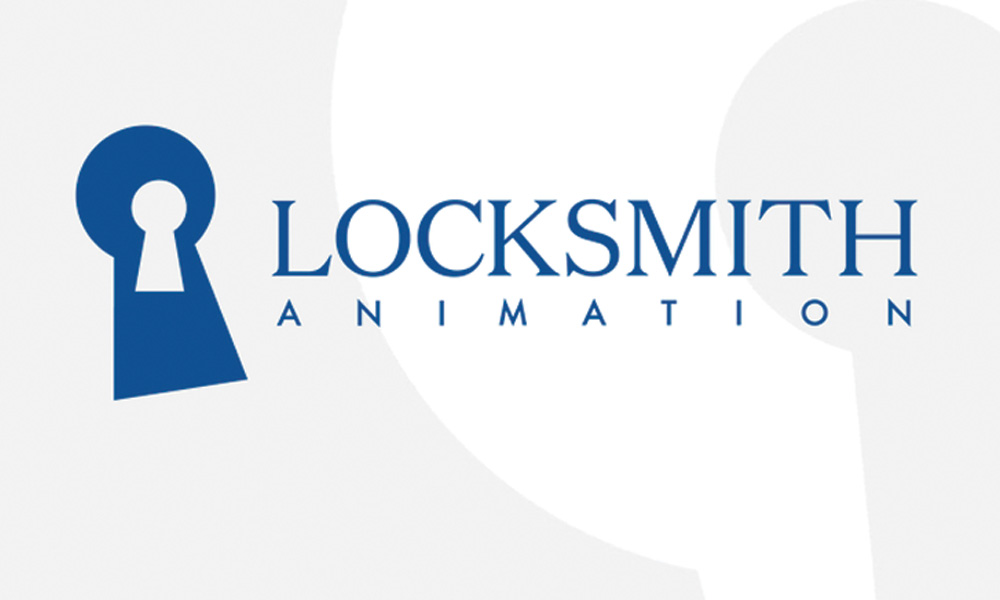 This month, we had a chance to chat with Sarah Smith and Julie Lockhart, founders of London-based Locksmith Animation, which specializes in making CG-animated family films. The young studio recently presented its first Studio Focus session at the Annecy Animation Festival in France, presenting an early look at its first project: Ron’s Gone Wrong (Nov. 6, 2020; Fox). The movie is a heartwarming story about a robotic companion that becomes a must-have tech toy, a rogue dysfunctional unit, and the young boy who loves it anyway.

During this “coming out” session, A New Studio Finds Its Voice, the founders were joined by a long table of key creative and technical talent — reinforcing Smith’s assertion that “a studio is not the walls, it’s the people.” Locksmith CTO and VFX Supervisor Doug Ikeler spoke to their shared goal of putting more money on the screen, which seemed within reach when the first full-color images for Ron’s Gone Wrong hit the display and elicited a few audible gasps. 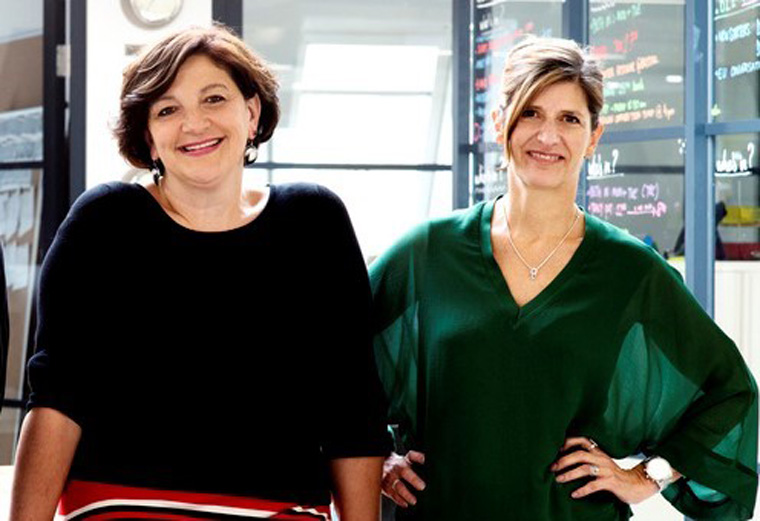 Balancing this, the film’s co-directors JP Vine and Octavio Rodriguez (both Pixar alums) pointed out that they didn’t want the film’s emotional resonance to be overwhelmed by a heavy handed graphic style. Working from concepts by acclaimed character designers like Carter Goodrich, Locksmith’s animation director Eric Leighton showed how the filmmakers arrived at a “new default center,” softening strong silhouettes to create room for performance subtlety.

Production designer Aurelien Predal discussed the challenges of creating an average American town (largely inspired by Eugene, Oregon, which is apparently full of rectangles) that wasn’t boring to look at. Representing the tech gurus of Double Negative, VFX supe Philippe Denis delved into the digital production pipeline. The whirlwind panel ended with a demonstration of virtual reality set-dressing, carried out by art director Justin Hutchinson-Chatburn according to the whims of director of photography David Peers.

Following is the Q&A with Lockhart and Smith which ran in the Annecy issue of Animation Magazine.

Animation Magazine: Since the studio turns five this year, can you tell us a little about the beginnings and how it all came together?

Sarah & Julie: The company was born out of our joint desire to start a high-end CG feature studio here in the U.K., given all the U.K. had to offer — great original IP, a world-class vfx industry, a vibrant, exciting city on the doorstep of Europe and, of course, a generous tax credit.

Sarah: I had just finished Arthur Christmas at Sony in Los Angeles, and coming back to London — a city whose film industry is globally pre-eminent, and whose creative community I love — it really struck me: Why have we never had a major dedicated CG feature animation studio here?

Julie: I had known Sarah from our days at Aardman, and she came back from Los Angeles with this crazy idea of setting up a studio. It felt like a huge step, but I always like a challenge and felt that if there was anyone that could do it here in the U.K., it would be Sarah. We set about finding partners to work with both from a funding and production perspective.

Sarah:  It was basically an impossible dream until we had the amazing good fortune to meet the visionary Liz Murdoch and Matt Holben and Alex Hope at Double Negative, that extraordinary success story of the British film Industry.

What would you say the studio’s special areas of interests are?

Sarah & Julie: We are committed to being a filmmaker-led studio that never forgets its audience, focusing on stories that speak to contemporary children. Our slate features big cinematic movie stories told through comedy and centered on the emotional truths of kids growing up in today’s world.

Can you tell us a little bit about your upcoming projects?

Sarah & Julie: The studio is in production on its first film, Ron’s Gone Wrong, scheduled for a 2020 release. It tells the story of the wonderful walking, talking, digitally connected bot that sweeps the world becoming every kid’s new best friend. When a 12-year-old boy ends up with one that doesn’t work, his attempts to teach it become a hilarious, heart-warming exploration of what real friendship means in a world of algorithms and social media. We plan to reveal more about the rest of our slate at our studio focus session in Annecy.

How many people currently work at the studio?

Sarah & Julie: Between our front-end team and our Double Negative crew we currently have around 170 people on our first film, Ron’s Gone Wrong, and 20 focused on managing, development and future projects. 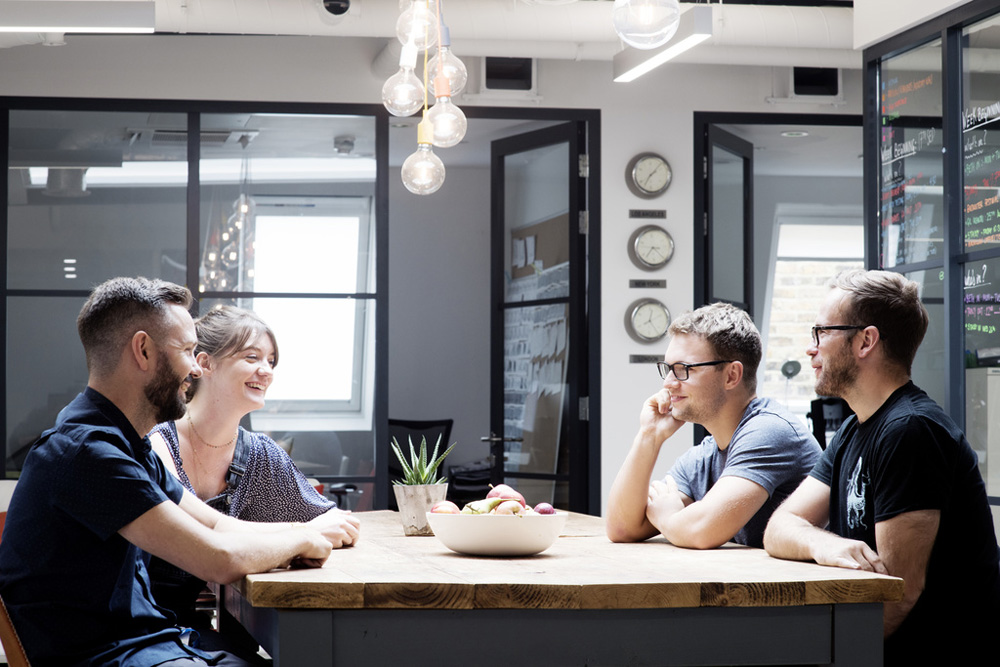 Julie: We currently use Maya, Nuke, Clarisse, Substance packages, Unity, Flix, Adobe Creative and Cloud. We have been using VR software, like Gravity Sketch, for some of our early production design work, but also employed traditional clay sculpting methods for character development.

Sarah: I have a passion for early 3D tools both for story and look dev. I’m a huge fan of 2D inspiration art and boards too — but working early in your medium makes sense to me. Our CTO Doug Ikeler and cinematographer David Peers share my passion and led me down this path — they are developing brilliant tools.

What is the toughest aspect of producing a CG-animated feature in the U.K. right now?

Julie: Of course, Brexit and the exchange rate don’t help us. And, whilst we have incredible animation talent in U.K., specifically high-end CG feature experienced teams can be hard to find locally. Our plan has always been to build up that experience using lead talent from the major studios and training up people here in the U.K. so we can create a legacy of feature animation production for London.

Sarah: You have to persuade a lot of key talent to move countries, to uproot their lives and families. That’s tough, but the energy, inspiration and dedication they bring when they do commit is transformative. Everyone is here because they really believe in the studio and the film. It’s a wonderful vibe, and pretty humbling.

What is your take on the European animation scene and how do you see Locksmith fitting into the big picture?

Sarah & Julie: There is a huge amount of talent in the European animation scene, a lot of which has had to go to the U.S. to find work in high-end features. We want to create a studio that keeps this talent in Europe — or lures it back. Europeans are outward-looking — London is such a global city and our audience is the world, not just the U.S.

Julie: I love the collaboration involved in creating something that starts as a single idea, whether it be a few words or a picture, and ends up as an all-embracing cinematic experience that, if done right, will stay with the audience for the rest of their lives. It never ceases to amaze me how talented animation folk are and how committed they are to the art form.

Sarah: The people — talented, dedicated, funny, brilliant, gentle, artistic people. The quite extraordinary level of craft skills. The combination of art and words. Stories that can be funny and strongly emotional. And the people. Did I say the people?

What was the animated TV show, short or movie that changed your life?

Julie: Channel 4’s Lip Synch series, which featured Nick Park’s Creature Comforts, Peter Lord’s War Story and Golly’s [Richard Starzak] Ident. Amazing interpretations from a simple idea. I’d never seen animation like that before, so I fooled them into giving me a job.

Sarah: Toy Story. I took my nephews and was utterly transported. It’s one of my favorite all-time movies — it’s about deep emotional truth and features Mr. Potato Head, what more is there?

Final question, what is your best piece of advice about working in animation?

Julie: Keep going and don’t be afraid when the goal starts to look impossible! Remind yourself of the original idea, why you loved it in the first place, and don’t forget to enjoy the journey.

Sarah: Employ nice, good people. Then tell a story you deeply care about with characters you love being with. You will spend more time with all these than your family!

Find out more at www.locksmithanimation.com. 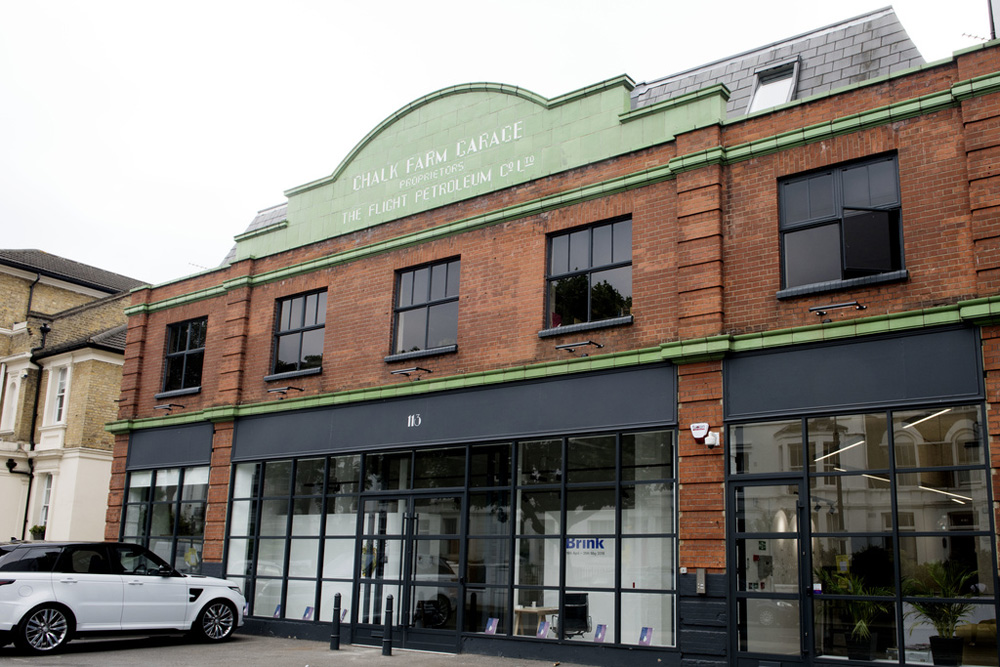