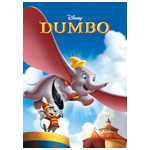 ‘How to Train Your Dragon 3: The Hidden World’ – Trailer
‘The Grinch’ – Trailer 2