From the Oscar, Emmy, Grammy and Tony Award-winning team of Believe Entertainment Group (Dear Basketball), composer/producer Bill Sherman (Hamilton, In the Heights, Sesame Street) and animation studio Global Mechanic, Jam Van is a blend of animation and live-action with each episode following animated music-loving best friends Lamb (voiced by Pete Lee) and Anne the Alligator (Nicole Byer) who travel to new locations around the country, where they meet up with famous live-action musical artist friends who help them tackle a relatable social-emotional learning challenge with the assistance of a new original song they sing together. The series also features the voice of Marc Maron as Grumpy GPS.

In the first episode, “Anne & Lamb Search for a Gator with Lin-Manuel Miranda,” the Jam Van crew hits Manhattan where Lamb helps Anne search for her mysterious Uncle Salligator, who’s been hiding in the city sewers. Along the way, they bump into special guest star musical maestro Lin-Manuel Miranda, who performs the original song “The Long Lost Gator of New York City,” to help them in their search!

In the second episode, “Anne & Lamb Find A Family with Brandi Carlile,” Anne and Lamb are visiting Seattle, Washington but Anne’s feeling homesick and missing her family. When she finds a group of friends, including special guest star singer/songwriter Brandi Carlile who performs the original song “One Sacred Thing,” Anne learns that you can find love and acceptance from “found” families — people who can love you even if you’re not related to them. 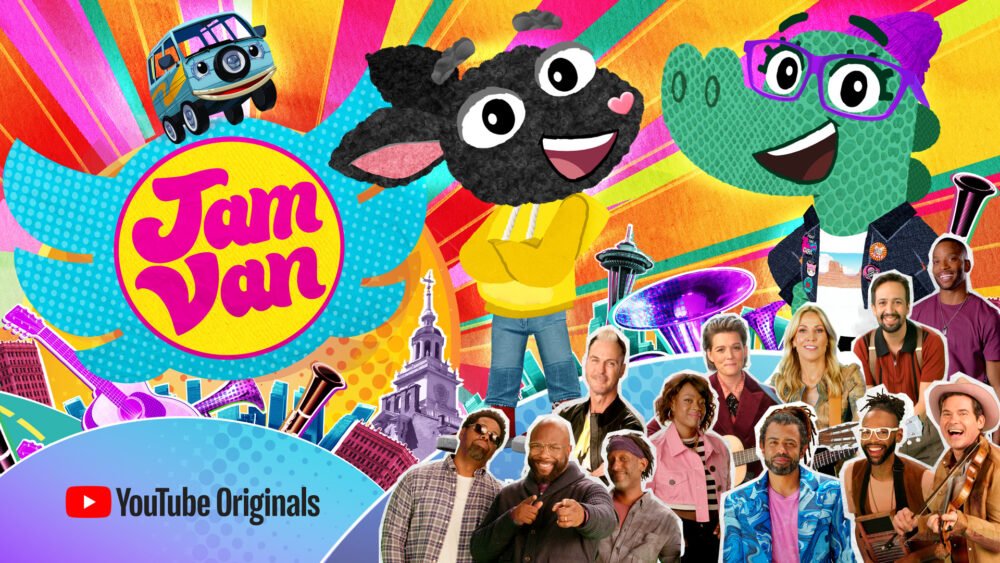