Winsing Animation is kicking off the new year with a lead foot, racing ahead with new seasons of its latest GG Bond series. The latest installments of its viral hit GG Bond: Racing have recently launched on multiple platforms across China, and the sports driving spinoff of its flagship IP is racing to the GG Bond YouTube Channel with Season 5 on January 17.

In China, GG Bond: Racing Seasons 5 & 6 have had notable ratings on multiple portals, including national TV channels and major online platforms. Both seasons were the top-rated primetime animation for days after the debut, and the series has achieved high popularity on broadcast. 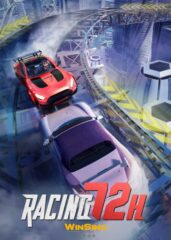 In this new season, a super-cool leopard character Star Navi joins the racing team. A child of a racing legend, he enters the GG Bond universe by chance. As GG Bond’s new competitor, he is also a true friend and an encouraging companion on his journey. GG Bond: Racing‘s latest season seeks to convey not only the spirit of competition but also the precious and powerful strength of friendship.

Winsing is also planning this year to release an animated feature film set in this sports storyvers, GG Bond: Racing 72H.  Now in entering the final stage of production, the CGI movie will tell “a breathtaking story of mission and rescue” that the studio says will immerse audiences in a thrilling racing world.