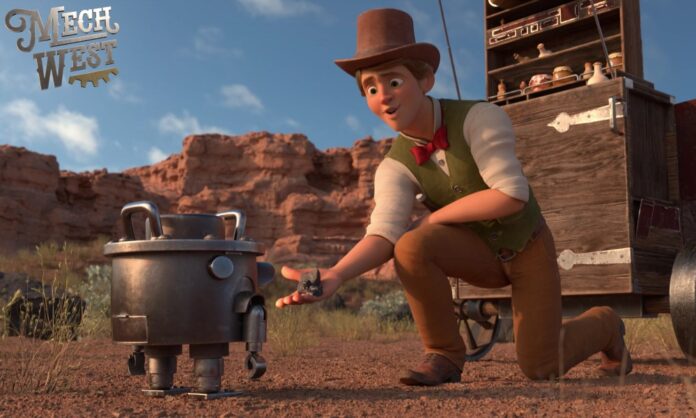 AnimSchool Studios is a branch of AnimSchool (animschool.edu), an accredited online school where industry professionals teach the fundamentals and mastery of computer animation. The school was founded in 2010 by David Gallagher, animator, rigger and former Character Development Supervisor at Blue Sky Studios. David was kind enough to answer a few of our questions about their cool new project:

Animation Magazine: Can you tell us a bit about the origins of the show? How did you come up with the concept?

David Gallagher: AnimSchool comes out with yearly student showcases that get a lot of views and attention. We wanted to put our collective talents to use in a way that could bring more awareness to what we do. We started AnimSchool Studios to do that and explored ideas for a short or 3D animated show. There are so many ideas and looks out there so I was looking for something different. I had a flash of inspiration of an old west world with robots, but robots that somehow look like they belong to that era. The robots “mechs” would be able to understand people but wouldn’t be able to talk except though a letter readout that’s a bit like an old-time cash register display.

It was first imagined in 2015 and developed into a simple pitch document for a traditional tv network but that wasn’t picked up. Eventually the opportunity came to start developing it ourselves starting mid 2020. It began slowly, with Dave Gallagher (creator of MechWest and CEO of AnimSchool) and Noah Gallagher (writer and story editor) coming up with a basic plot and characters, soon joined by writer Clifford James Taylor. We went through a long design process to find the look for the world and characters. AnimSchool already had great resources for making great models, rigs and animation, so soon we were on our way. 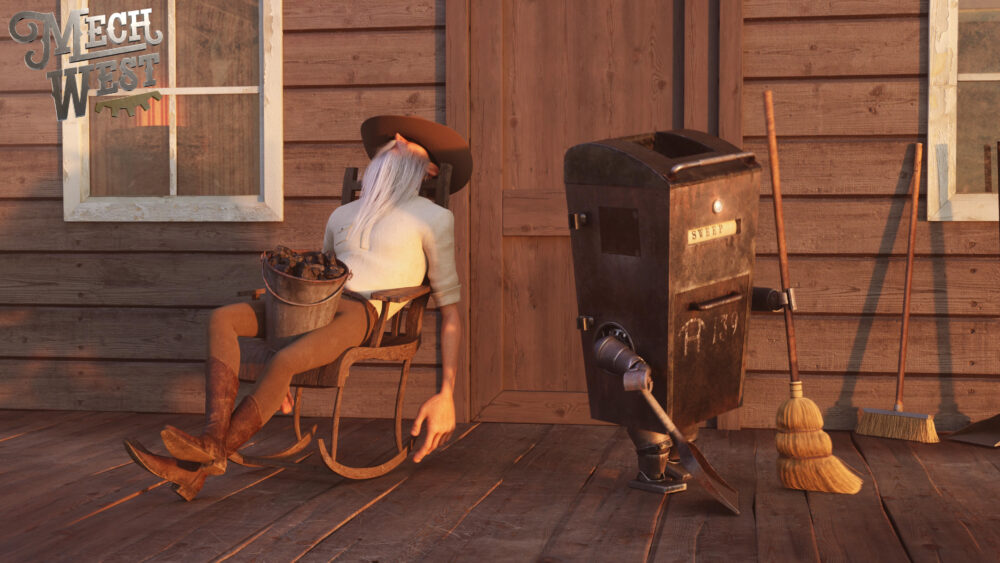 How many people worked on the trailer? Where was the animation produced?

We have had over 100 people working on the show so far, most of those part time. We formed AnimSchool Studios and are producing the animation internally.

Which animation tools did you use to create the show’s great CG animation?

We use Maya and ZBrush with some cloth simulation in Houdini, and rendering is done in Cinema 4D and Redshift. We had already been developing a proprietary Maya rigging framework for more than a year when we began, so that has been instrumental in getting high-quality results. 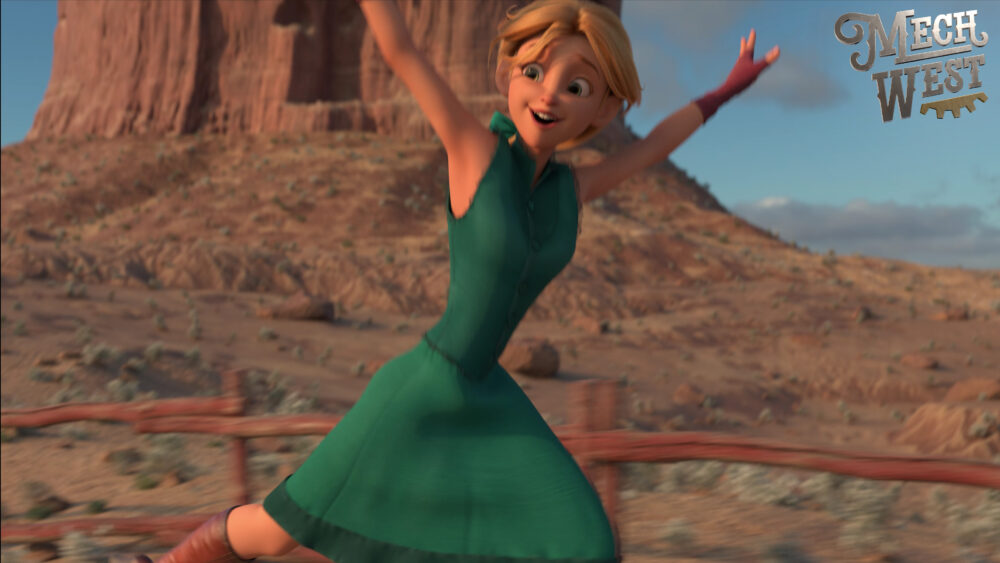 It really feels like something that we haven’t seen before. The classic genre of the Western itself was overdone and fell out of fashion. But as a setting, the American Southwest is so majestic and beautiful. The Old West setting is still well-liked throughout the world and the “flavor” of the Old West has appeal.

Typical Western stories were aimed more to adult audiences with gritty stories centered on masculine cowboy characters, saloons and shootouts. That’s not what we’re making. We’ve taken the Old West setting and added cute, rusty robots people kick around and depend upon for menial tasks. Then we’ve placed a teen girl with no love of the cowboy life in the starring role.

We love the look we’ve been able to create thanks to all the talented people involved. The animation, texturing, and render quality are top-level for a TV production.

We love the story. It’s sweet — the main character, Pearl, shows others how to treat mechs with care, and then she and the other protagonists learn how to see the value in the different surrounding cultures. 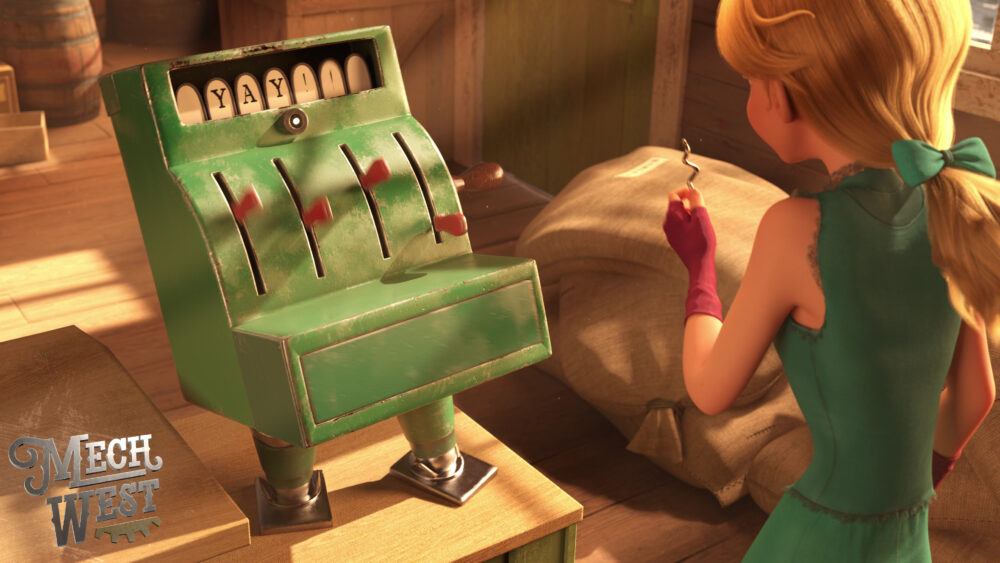 What would you say have been your biggest challenges?

The biggest challenge is making an animated show from scratch with limited resources. That means most of the artists are remote freelance and mostly part time which means a slower production speed. Now comes the challenge of looking for partners and distribution for our show.


Who is the target audience?

We’re primarily targeting kids around ages 8-14, but above all we’re striving to create an all-ages action adventure show that the entire family can sit down and enjoy, eager to see what happens in the next episode.

What were the key visual inspirations for the overall look?

Who are your biggest animation heroes?

You can watch the trailer below: