New additions to the TRIGUN STAMPEDE English dub cast have been confirmed to join Johnny Yong Bosch, who was recently announced to reprise his role as Vash the Stampede which he previously voiced in 1998’s Trigun and 2010’s Trigun: Badlands Rumble. The English dub premieres its first episode on Saturday, January 21 at 12:30 p.m. PST on Crunchyroll, and will debut new episodes weekly following the Japanese language simulcast, which also debuts new episodes every Saturday since premiering Jan. 7.

Crunchyroll has also debuted a new sneak peek at Episode 3 (original Japanese version) for fans to enjoy. Watch it below!

The English dub cast will include:

Jeremy Inman serves as the ADR Director on the English Dub, a fellow voice actor who has also ADR directed other anime series such as Golden Kamuy, Saga of Tanya the Evil, DECA-DENCE, ID: Invaded, and more. Additional cast and English ADR crew information can be found on Crunchyroll News as it is announced. 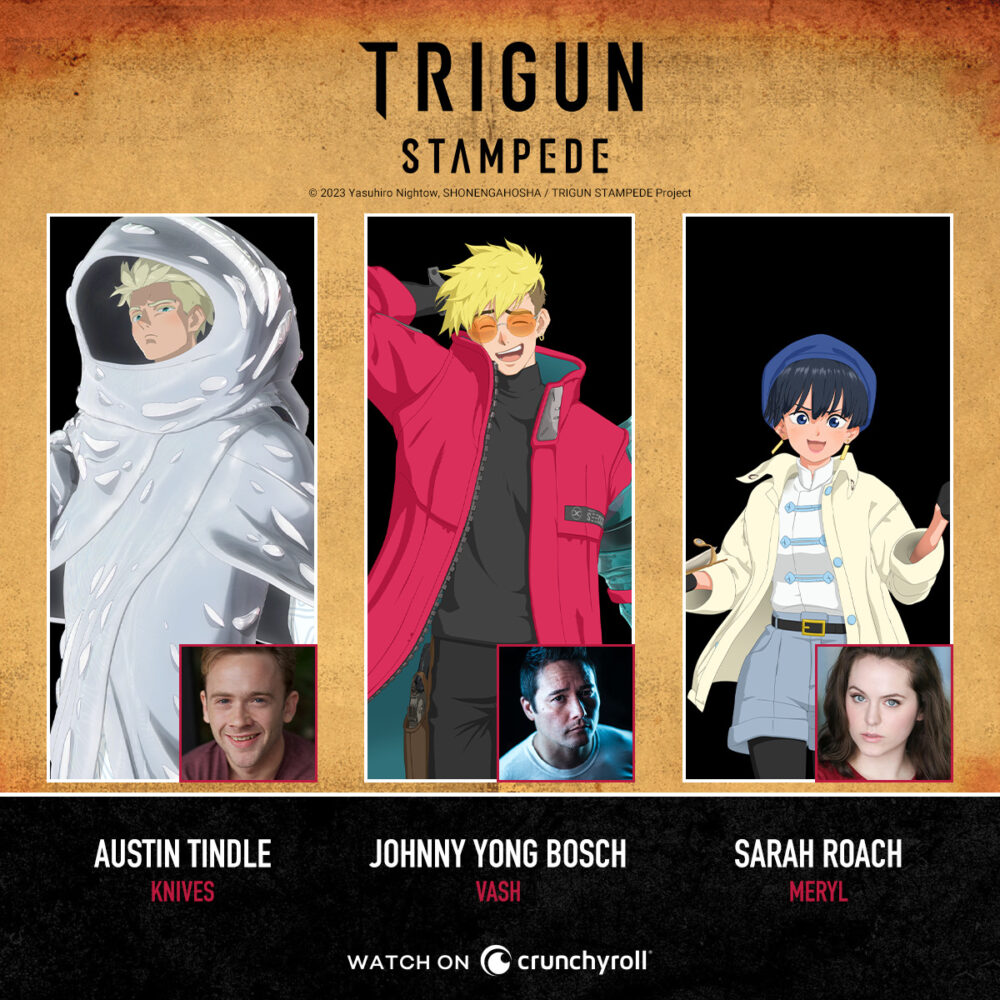 Synopsis: Vash the Stampede’s a joyful gunslinging pacifist, so why does he have a $$6 million bounty on his head? That’s what’s puzzling rookie reporter Meryl Stryfe and her jaded veteran partner when looking into the vigilante only to find someone who hates blood. But their investigation turns out to uncover something heinous — his evil twin brother, Millions Knives.

Based on the popular action manga series Trigun by Yasuhiro Nightow, TRIGUN STAMPEDE is produced by animation studio Orange (BEASTARS, Land of the Lustrous). The new series is directed by Kenji Muto (Land of the Lustrous episode director).