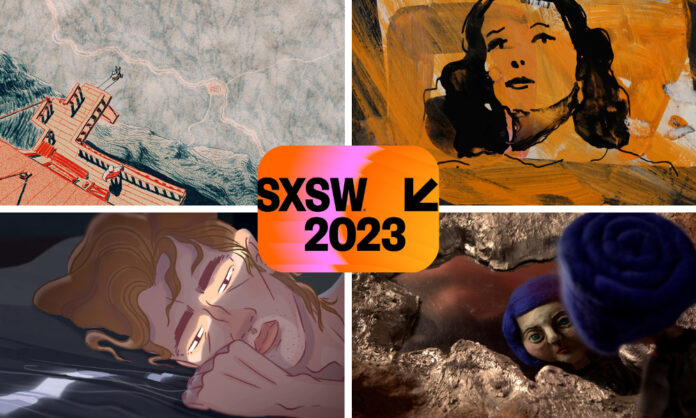 “We are thrilled to announce the first wave of our incredible lineup for SXSW 2023,” said Claudette Godfrey, SXSW VP Film & TV. “It’s an amazing collection of films, TV series and XR experiences that promise to inspire, entertain and challenge our audiences. We’re also proud to open with Dungeons and Dragons: Honor Among Thieves, a raucous and engaging fantasy adventure, and look forward to welcoming everyone to Austin in March for what promises to be an unforgettable event.”

A Tiny Man (France) | Aude David, Mikaël Gaudin
With a delicately penciled animation style, A Tiny Man tells a moral tale of nefarious schemes gone awry. As a husband faces the consequences of his actions, he perhaps begins to realize that maybe size does in fact matter.

Ashkasha (Argentina, Spain) | Lara Maltz
Ashkasha is a living being guided by curiosity. This causes her to lose her head and get trapped in the depths, where she is submerged on a discovery journey. (U.S. Premiere)

Beyond The Fringe (Spain) | Han Tang, Costanza Baj
A story about a little paper figure’s journey of finding the strength to leave its home, the notebook where it was born, to explore the great world beyond. (World Premiere)

Christopher at Sea (France, U.K., U.S.) | Tom CJ Brown
Christopher sets out on a transatlantic ocean voyage, and a chance moonlit encounter sets him on a private journey of solitude and obsession in this queer romantic thriller.

The Debutante (U.K.) | Elizabeth Hobbs
A spirited young woman persuades a hyena from London Zoo to take her place at a dinner dance being held in her honor.

Ice Merchants (Portugal) | João Gonzalez
Every day, a father and his son jump with a parachute from their vertiginous cold house, attached to a cliff, to go to the village on the ground far away where they sell the ice they produce daily.

Sandwich Cat (Spain) | David Fidalgo
David lives alone with his kitty, Sandwich Cat. It seemed like an ordinary day, but an unexpected visit will lead him to a crucial reflection to humanity. (International Premiere)

Spring Roll Dream (U.K.) | Mai Vu
Linh is a Vietnamese single mother who’s successfully forged a life for herself and her son in America. But she is confronted with the past and culture she left behind and the question of where it belongs in her family’s new life.

The XR Experience programming, comprising Competition, Spotlight and Special Events screenings, features an array of innovative, immersive adventures, from a VR K-pop concert to an exploration of transgender body dysphoria an exploration of the life cycle of mushrooms. Some notable titles include Jiabao Li’s Once a Glacier, Martine Asselin & Annick Daigneault’s Lou, the “Bullet Hell” VR game Yuki from Kako, German Heller’s cartoony Eggscape challenge, illustrative Shib the Metaverse and the World Premiere of Jailbirds – The Eye of the Artist.

See the lineup announced so far at sxsw.com/festivals/film and check back for further programming sections in early February.

Hulu Orders ‘King of the Hill’ Reboot, I Tell You What