We interrupt your mid-winter malaise to offer up a melancholy fireside tale of what could have been for Scoob! Holiday Haunt, a Christmastime CG animated feature that became the victim of modern-day corporate accounting.

Industry vet and first-time director Michael Kurinsky was at the helm of this planned sequel to 2020’s Scoob! alongside co-director Bill Haller when dark clouds formed. Nearly completed and about to start acquiring a post-production gloss, the family film starring the voices of Iain Armitage, Mark Hamill, Cristo Fernández, Ming-Na Wen and Frank Welker got the unfortunate news on August 2 that it was being officially yanked from the Warner Bros. release slate.

“I’m not a Warner Bros. executive or movie studio finance person so I really don’t have any idea why it was targeted,” Kurinsky tells Animation Magazine. “I can say that when we had our phone call and we discussed it with the new execs that came in, They thought the project was great and it was theatrical quality. It had nothing to do with the creative aspects, it was purely a financial decision. I do know that the two most expensive products coming out on HBO Max for 2022 were Batgirl and our project. Batgirl was $90 million and we were $42 million.” 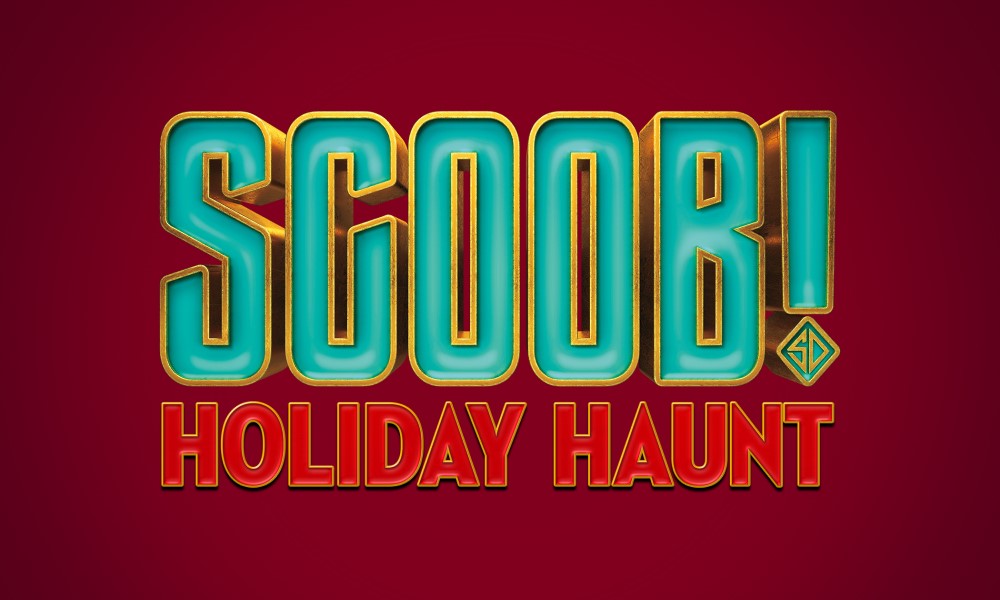 “There are a lot of Scooby-Doo die-hards out there and I hear from them, though it’s trickling down a bit,” he notes. “But a couple of months ago I was getting daily messages on Twitter and Instagram, all little shows of support. The fans are really great.”

Even though Kurinsky and his creative team labored on the movie for nearly two years, number crunching accountants used the joyful project as part of a cost-cutting initiative in the wake of AT&T’s Warner Bros. spinoff and Discovery merger. Scoob! Holiday Haunt was destined to air on HBO Max on December 22, but instead it joined DC’s Batgirl in the graveyard of abandoned projects to tighten up the financial books with tax write-downs to offset production costs.

Kurinsky’s impressive resume includes work as a production designer, art director and background painter on high-profile projects like Sony Pictures Animation’s Hotel Transylvania 2 and Cloudy with a Chance of Meatballs, and Disney Animation’s The Hunchback of Notre Dame, Hercules, Atlantis: The Lost Empire, Fantasia 2000 and Tarzan.

Warner Bros. profusely apologized to the filmmaker for the sudden cancellation of Scoob! Holiday Haunt and lack of decorum in not letting him know first.

“Apparently the story was leaked and it got out on social media before we were able to get formal calls from anybody,” he recalls. “I found out pretty much like everybody else did, through an article in either Hollywood Reporter or Variety. We finally had calls a couple hours later from the new presidents of Warner Bros. They apologized, saying that was messy and not how they wanted us to receive the news, but unfortunately that’s the way we did.”

Scoob! Holiday Haunt takes place two months after Scoob!’s opening Halloween sequence, with the young amateur detectives still getting acquainted and embarking on a Christmas excursion where they visit Fred’s eccentric Uncle Ned and teach Scooby the true meaning of the season.

“For people who saw the first movie, Scoob!, the first 12 minutes was an origin story about how Scooby met Shaggy and how they met the rest of the gang and how they solved their first mystery on Halloween Eve,” Kurinsky explains. “One of our major themes was that if Halloween made them friends, Christmas makes them family. It was how we saw solidification of not just Mystery Inc. and their crime-solving abilities, but why they work so well together.

“So we got to take them out of Venice Beach and take them into a snowy mountain setting of this Christmas-themed resort. The gang investigates a ghostly mystery at Holiday Hamlet and solves it. That’s the bare bones of every single episode of Scooby-Doo. At times it’s a pure mystery and other times where it’s very Christmassy. But it’s where the two combined, that’s where it got really fun — we used stuff from Christmas folklore all around the world, beyond Santa Claus — and then it’s just good Christmas heart and fun in the ending.”

To soften the blow ever so slightly, Kurinsky and his co-director were able to finish the animated movie for the simple reason that it was already bought and paid for, but those were dark times.

“I had to put on my bravest face every single day and communicate to a crew of incredible professionals who all knew the situation and the circumstances. To keep the morale up was not easy. I tried to be the head cheerleader, but I think we all supported each other and got through it collectively. We decided that a finished thing has a chance of living more than an unfinished thing. And since we were so close to being finished, we knew the quality of what we had done up to that point. Every frame is going to look as good as every frame that happened before we knew this news, and that was the attitude we went into every single day.”

“We all watched a finished print and it looked great. I needed to see it, even if it was just that one time,” he says. “To be able to sit and watch the movie start to finish was a wonderful feeling. If there was a magic wand that could tap me on the head and my two choices were that we can erase this whole experience and you don’t have to go through that pain, or we do it all over again and it’s exactly the same outcome, I’d take number two every single time.”