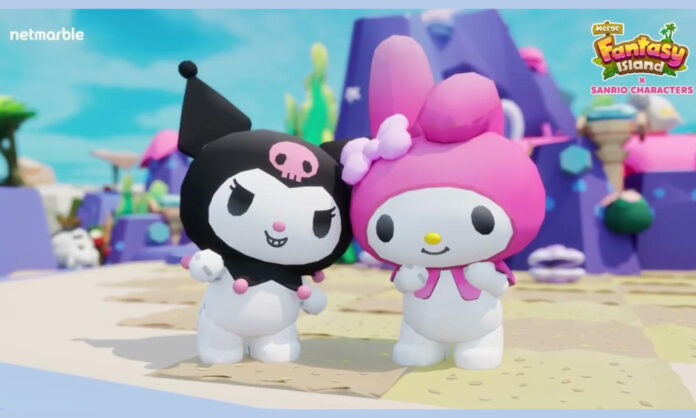 Mobile games developer Netmarble is welcoming iconic characters My Melody and Kuromi to its casual mobile title Merge Fantasy Island as part of its ongoing collaboration with Sanrio. In addition to the playable, fan-favorite characters, the update rolls out new resources, special events and more:

Merge Fantasy Island brings Netmarble’s  Kuya IP to life in a merge genre-based game featuring enjoyable gameplay mechanics and adorable animations: Help the kuya by collecting a variety of resources and leveling up by merging three or more objects to create entirely new items. Players can dream up and expand their personalized islands, explore the Main and Adventure islands as they take on various missions and test their skills in Adventure Mode’s time attack stage, solving thrilling puzzles and engaging with exclusive resources that offer a whole new way to play the game.

Learn more about Merge Fantasy Island at mergekuyaisland.netmarble.com and get to know the kuya through their official animation channel on YouTube.