An extradimensional dietary showdown is heading to Park City this weekend, as the new animated short BurgerWorld makes its world premiere at the Sundance Film Festival on Sunday,  January 22 at 8 p.m. at the Park Avenue Theatre. Created by Maddie Brewer, the 2D film follows two co-workers at a derelict fast-food franchise who accidentally discover a yonic meat portal to another realm — a “burger” world, where they alone have the power to free an oppressed vegetable populace from the all-controlling hand of big meat.

“Wow, I can’t believe BurgerWorld is premiering at Sundance, what an honor!” Brewer shared. “BurgerWorld will be public domain in the year 2118; make sure you tell your great-grandchildren to start brainstorming ideas for the reboot!”

“This is an exciting milestone for Bento Box and A Studio Digital,” added Ben Jones, Creative Director of Bento Box Entertainment. “Maddie is a rising star and BurgerWorld is a captivating short that speaks to everything we want to do with A Studio — identify undiscovered animation talent whose work deserves to be seen and work with them to bring their vision to light. We are honored to be a part of this film’s genesis and its much-deserved world premiere at Sundance.” 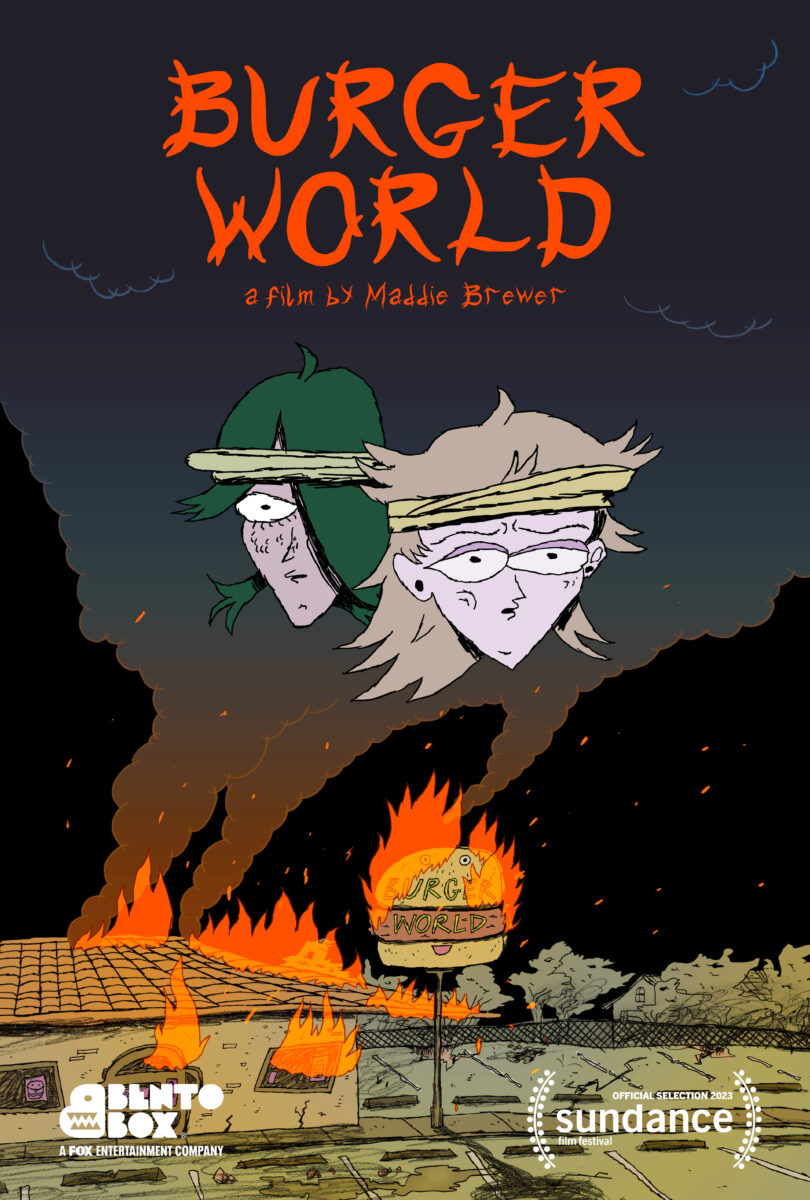 A director, writer and illustrator who loves to create strange, unsettling, funny worlds, Brewer says her goal is to create films and comics within a modern surrealist canon that don’t take themselves too seriously. She grew up in Chicago, a couple of blocks from Wrigley Field, and now lives in Los Angeles. Brewer is represented by Fourth Wall Management.

A Studio Digital posts original animated shorts daily on TikTok, where it has amassed nearly 600,000 followers and generated more than 58 million views across all of its content. Each short is produced in less than a month, during which the creator pitches and produces their content under the supervision of A Studio Digital’s creative team. The shorts are written, designed animated and largely voice acted by each artist.

BurgerWorld is premiering as part of the Animated Short Film competition program at the Sundance Film Festival, which will have several screenings between Sun., Jan. 22 and Fri., Jan. 27. The program will also be available to watch online from Jan. 24-29.