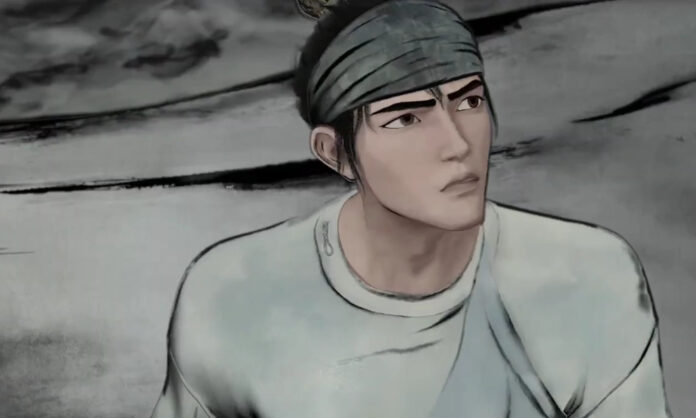 Ahead of the film’s arrival in the States, Animation Magazine is unveiling a special behind-the-scenes clip that explores how the filmmakers and animators brought the concept of an all-consuming magical scroll to life. In the movie, the Taiji Scroll is posited as the only thing that can stop disgraced god Yang Jian, as it has the power to “erase” those trapped within it from existence.

As director Zhao shares in the video, creating a 3D world reminiscent of traditional ink wash paintings was the film’s greatest creative challenge. The team conceived the visualization of the scroll’s power as “like a drop of ink falling into water and dissolving into nothingness.” Cutting edge CG technology and painstaking artistry came together to make this artistic vision a reality.

Synopsis: Thirteen years after Yang Jian (known to some as Erlang Shen) imprisoned his sister beneath a mountain, the once powerful god now scrapes by as a penniless bounty hunter. When a mysterious woman hires him for a new job, Yang Jian soon finds himself chasing down a familiar figure. He must stop Chenxiang, his long-lost nephew, who is in search of the magical lotus lantern that will free his mother, even if it will bring catastrophe.

As Yang Jian confronts the actions of his past, he must face a host of dangerous vigilantes seeking the same treasure with the power to alter the balance of their worlds.

Read all about the making of New Gods: Yang Jian in Animation Magazine‘s feature story here.

Find tickets for a theater near you at NewGodsYangJian.com.