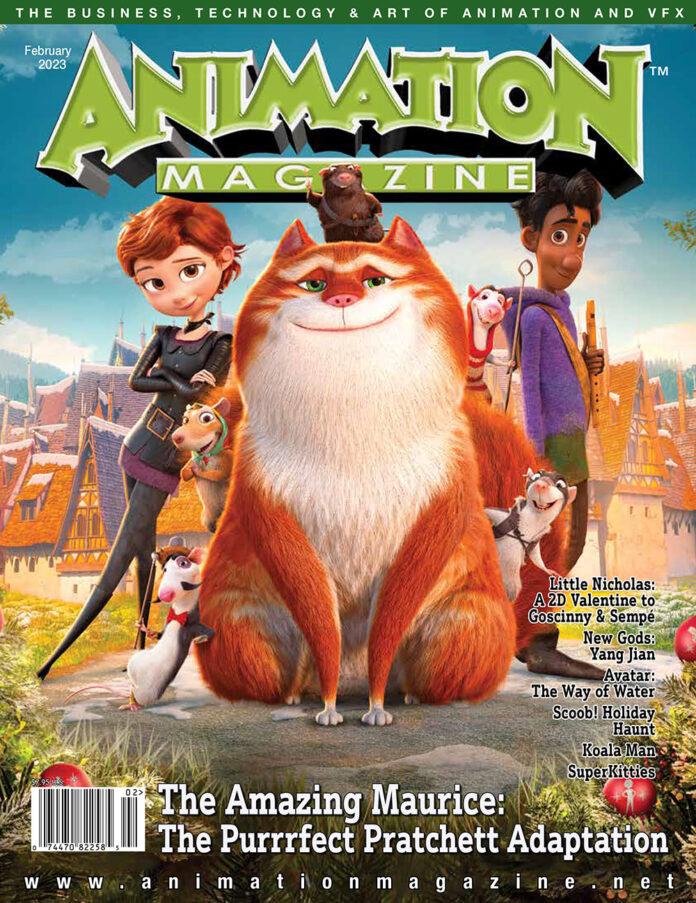 In this month’s issue of Animation Magazine

▩ An interview with Benjamin Massoubre, director of the award-winning French animated feature Little Nicholas: As Happy as Can Be.

▩ Director James Cameron and vfx supervisor Joe Letteri take us behind the scenes of the year’s biggest movie, Avatar: The Way of Water.

▩ Michael Cusack, Benji Samit, and Dan Hernandez give us the scoop on their clever new Hulu series Koala Man.

▩ Learn more about the making of the powerful stop-motion PSA Save Ralph, which is shortlisted for the Animated Short Academy Award.

▩ An overview of the Oscar shortlists, plus a look at the year-end prize winners and animated box-office champions.