The new series will kick off on Friday, March 31 with the charming animated series Eva the Owlet, inspired by the bestselling book series from Scholastic. The highly-anticipated new series Jane, from Emmy Award winner J.J. Johnson, Sinking Ship Entertainment and the Jane Goodall Institute, launches April 14 and Frog and Toad, based on Arnold Lobel’s beloved characters of over five decades, launches April 28.

Viewers can look forward to all-new seasons of fan-favorite animated series Pinecone & Pony on February 3; Pretzel and the Puppies, featuring the voice talents of Emmy nominee Mark Duplass and Nasim Pedrad, on February 24; Harriet the Spy, starring SAG Award nominee Beanie Feldstein and Emmy Award winner Jane Lynch, on May 5; and Peabody and Daytime Emmy Award-winning series Stillwater on May 19. Plus, the Sago Mini Friends Earth Day special will launch on April 14.

Additionally, even more classic Peanuts titles, including A Charlie Brown Valentine, will be made available to fans — many for the first time in decades.

New and returning animated original series and specials for kids and families premiering globally on Apple TV+ include (in airdate order):

Pinecone & Pony – Season 2 (Premieres Friday, February 3) Based on the book The Princess and the Pony by New York Times bestselling author Kate Beaton, S2 is an eight-episode animated comedy for kids and families about a young warrior-in-training, Pinecone, and her best friend Pony, whose adventures together teach them how to be brave in the face of adversity, to speak truth to power, and what it truly means to be a hero.

Peanuts Classics Special – A Charlie Brown Valentine (Friday, February 9) From Mendelson/Melendez Productions and Peanuts Worldwide, watch as warm and fuzzy feelings fill the air and an inspired Snoopy writes poems about Valentine’s Day. Charlie Brown tries to impress the Little Red-Haired Girl. Sally and Lucy hope to get cards from their crushes. Peppermint Patty asks “Chuck” to the dance.

Pretzel and the Puppies – Season 2 (Friday, February 24) Meet Pretzel, the world’s longest dachshund and a playful, supportive dad to five frisky puppies. Together with his wife, Greta, they encourage their pups to get their paws up to solve problems and “make their bark” on the world. The series stars the voice talents of Emmy nominee Mark Duplass (The Morning Show), Nasim Pedrad (Chad, Aladdin) and newcomers Milo Stein, Alex Jayne Go, Max Mitchell, Amari McCoy and Gracen Newton.

The animation studio responsible for design and story is House of Cool (Despicable Me, Trollhunters), and the animation studio responsible for CG is Saturday Animation (Mighty Mike, Zafari). Dr. Tony Wagner, Senior Research Fellow, Learning Policy Institute, and author of the book Creating Innovators: The Making of Young People Who Will Change the World, serves as the play, passion, purpose expert through the Apple TV+ Changemakers initiative.

Stillwater – New Shorts (Wednesday, March 15) Prior to the launch of the enchanting new season, based on the award-winning and bestselling Scholastic book Zen Shorts by Jon J Muth, Apple TV+ will premiere three all-new shorts on platform and made available for non-subscribers on Scholastic’s YouTube. Just in time for International Panda Day, follow Jasper the cat in Jasper’s Journey on a mindful journey through Stillwater’s garden, join Stillwater in Making Waves as he makes new patterns in his Zen garden, and watch Karl join Stillwater in Breathing to learn how breathing can help make him feel better when he has angry feelings.

Eva the Owlet – New Series (Friday, March 31) The new animated kids and family series is based on the New York Times bestselling Scholastic book series Owl Diaries by award-winning author Rebecca Elliott (now with eight foreign language translations and 11 million copies in print). Eva the Owlet stars Eva, a creative, cheeky owlet who lives next door to her best friend Lucy in the woodland world of Treetopington. With big ideas and an even bigger personality, Eva goes on high-flying adventures, expressing herself in her journal along the way!

The late Dr. John F. Evans, a writing clinician, National Board Certified Health and Wellness Coach at Duke Integrative Medicine and the Founder & Executive Director of Wellness & Writing Connections served as the expressive writing expert on the series through Apple TV+’s Changemakers initiative. The series was one of the last significant projects he worked on, hoping to inspire young viewers to write, to find their voices, and to believe in themselves.

Jane – New Series (Friday, April 14) A new 10-episode mission-driven series for kids and families inspired by the work of Dr. Jane Goodall, from Emmy Award winner J.J. Johnson (Ghostwriter, Dino Dana), Sinking Ship Entertainment and the Jane Goodall Institute. Ava Louise Murchison (Reacher) stars as Jane Garcia, a nine-year-old budding environmentalist on a quest to save endangered animals. Using her powerful imagination, Jane takes her best friends David, played by Mason Blomberg (Shameless), and Greybeard the chimpanzee on epic adventures to help protect wild animals all around the world because, according to her idol Dr. Jane Goodall: “Only if we understand, will we care. Only if we care, will we help. Only if we help, can they be saved.”

Sago Mini Friends – Earth Day Special (Friday, April 14) In “Treasure It,” an old lunch box finds new life when Harvey transforms it into a treasure box full of unique items for his friends. Produced by Spin Master Entertainment, animated by 9 Story Media Group’s Brown Bag Films — Toronto, and based on the award-winning Sago Mini World app, developed by Sago Mini, the Sago Mini Friends series is an adorable nod to gratitude, featuring Harvey the floppy-eared dog and his best friends, Jinja the cat, Jack the rabbit and Robin the bird. Along with a unique cast of residents as colorful as their own whimsical world, the four friends play, explore, imagine and celebrate daily in their joyful town of Sagoville. In each episode, Harvey and all his friends express their true thankfulness for all things big and small, through optimism, kindness, preschool-friendly humor and unforgettable original songs!

The animated preschool series is executive produced by Jennifer Dodge, Ronnen Harary, Tone Thyne, Dustin Ferrer, Laura Clunie and Toni Stevens, with Chad Hicks as series director. Dr. Sonja Lyubomirsky, Distinguished Professor of Psychology at the University of California, Riverside and expert in the science of happiness, serves as the gratitude expert on the series through Apple TV+’s Changemakers initiative. 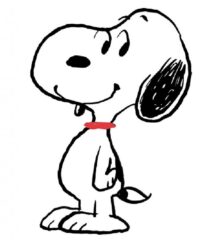 Set in 1960s New York (when the original book was published), Harriet the Spy follows the outspoken and perpetually curious 11-year-old Harriet M. Welsch. More than anything, Harriet wants to be a writer, and in order to be a good writer, she’ll need to know everything. And to know everything means she’ll need to spy … on everyone! This season, follow Harriet as she navigates letting go, growing up, and celebrating the gift of today.

Stillwater – Season 3 (Friday, May 19) The Peabody and Daytime Emmy Award-winning series centers on siblings Karl, Addy and Michael, who encounter everyday challenges — big and small — which sometimes feel insurmountable. Fortunately for these three, they have Stillwater, a wise panda, as their next-door neighbor. Through his example, stories and gentle humor, Stillwater gives the children a deeper understanding of their feelings as well as tools that help them face their own day-to-day challenges.

The series was developed in collaboration with awareness and intention expert Mallika Chopra, author of Buddha and the Rose and and the Just Be series for kids, and CEO of Chopra Global, through Apple TV+’s Changemakers initiative. The Stillwater team partnered with Chopra to imagine and deliver a series that teaches children how to be more mindful and meditative, and how to slow down to make thoughtful, empathetic decisions. Since its debut, the series has been globally praised and recognized with awards for its positive impact on kids’ families around the world.